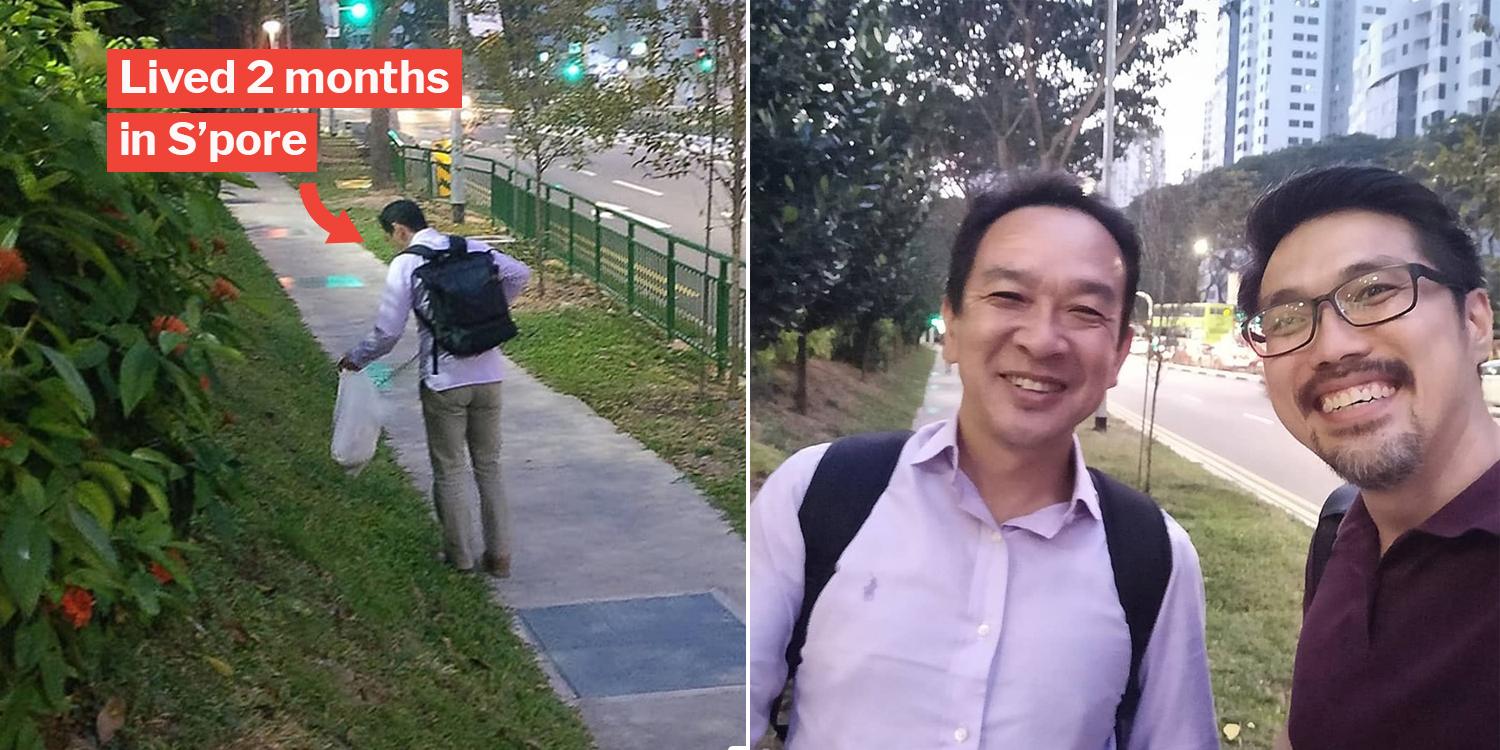 Hope this inspires more people to keep our streets clean.

Many people overseas love visiting Singapore to have a glimpse of the “green and clean” city we are known to be. 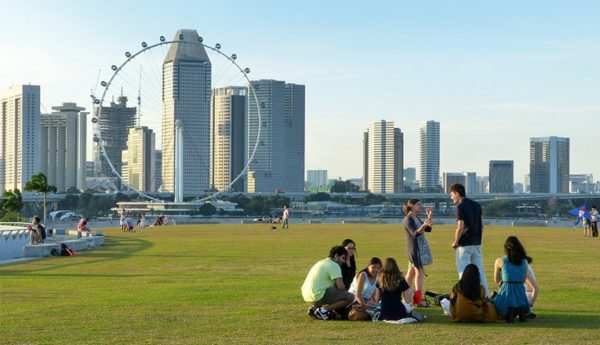 Yet on Tuesday (10 Sep), a Singaporean named Ivan Choong came across a Japanese man picking up litter along a footpath in Tiong Bahru.

He took to Facebook on the same day, sharing the conversation that transpired between them while praising the Japanese for his actions.

That’s not all. They took a selfie together too. How sweet to see them beaming together in a frame.

According to the post, Ivan spotted the Japanese man along Boon Tiong Road, located in Tiong Bahru. The Japanese man, named Toshi, was dressed in a pink button-down shirt and khaki slacks.

Donning such a formal outfit, most people would expect him to have a laptop bag or briefcase in hand.

But that wasn’t the case. 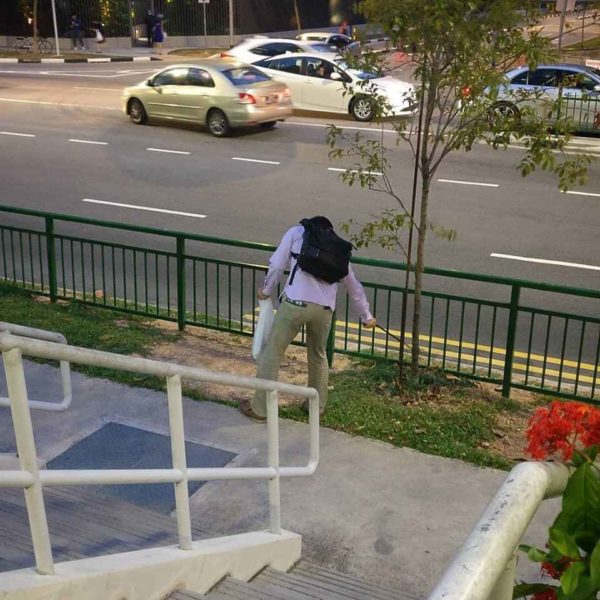 Instead, he had a long metal tong in 1 hand, and a huge plastic bag in the other. Ivan saw Toshi picking up litter from the grass patch next to the footpath.

Ivan was presumably intrigued by the man’s actions and approached him for a chat.

Apparently, Toshi has been in Singapore for the past 2 months and is returning home next week. He shared that he loves how green and clean the city and wanted to do his part to contribute.

Ivan was touched by Toshi’s words and actions and hailed him “the hero we don’t deserve” in his Facebook post.

Like Ivan, we are extremely touched by Toshi’s actions.

Perhaps this would inspire more people in Singapore to do their part to keep the city clean and green.