Nothing ticks Singaporeans off more than people cutting their queues, and the same applies on the road.

Recently, a driver rudely cut a Singaporean woman’s cue in a massive jam at the Johor Bahru (JB) customs.

Mr Goh, the woman’s husband, who was in the front passenger seat, shared dashcam footage of the incident on the SG Road Vigilante Facebook group.

Queue at JB customs was more than 1 hour long

According to the video description, the couple had allegedly been queuing in their vehicle at the JB customs for more than an hour.

Out of nowhere, a Singapore-registered car came extremely close to their lane and cut into their queue as the car ahead inched forward? 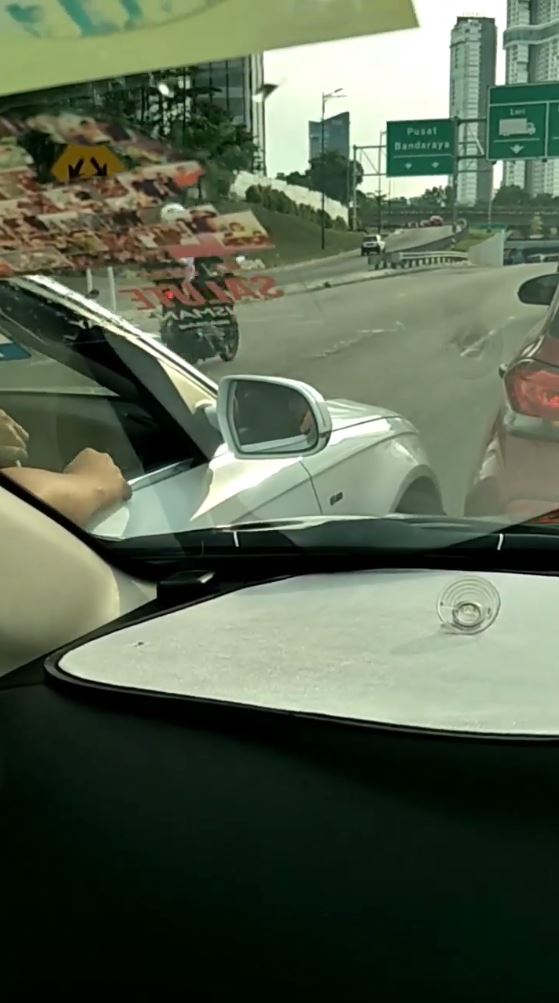 Instead of showing remorse and apologising for his unethical actions, the driver gestured aggressively to the couple. Mr Goh also alleged that his car was scratched in the process.

Many netizens reacted to the video which received more than 200 comments within just 3 days.

Interestingly, Mr Goh also participated in the discourse by updating his post with his own reactions to some of the netizens’ comments.

We will not be including all of his responses, but here are some highlights.

Mr Goh started off by thanking those who took his side in condemning the driver’s actions.

Other netizens claimed that cutting queue is quite the norm in JB, but Mr Goh insisted on sticking to his principals.

In response to those who suggested getting physical with the driver, Mr Goh claims that he simply doesn’t want to gain notoriety on social media.

Lastly, one netizen suggested that the driver who cut his queue could have signalled prior to the video, thus giving Mr Goh and his wife prior notice of his intentions.

But Mr Goh felt that motorists are not obliged to give way even if motorists had turned on their signals beforehand, especially if they had spent the last hour or so queuing up.

While this remains a rather one-sided account of the incident, perhaps motorists may want to put themselves in the shoes of the other motorist the next time they want to cut queue on the road.

In any case, we hope Mr Goh and his wife will be successful in getting their insurance claims for the scratch that their car suffered.