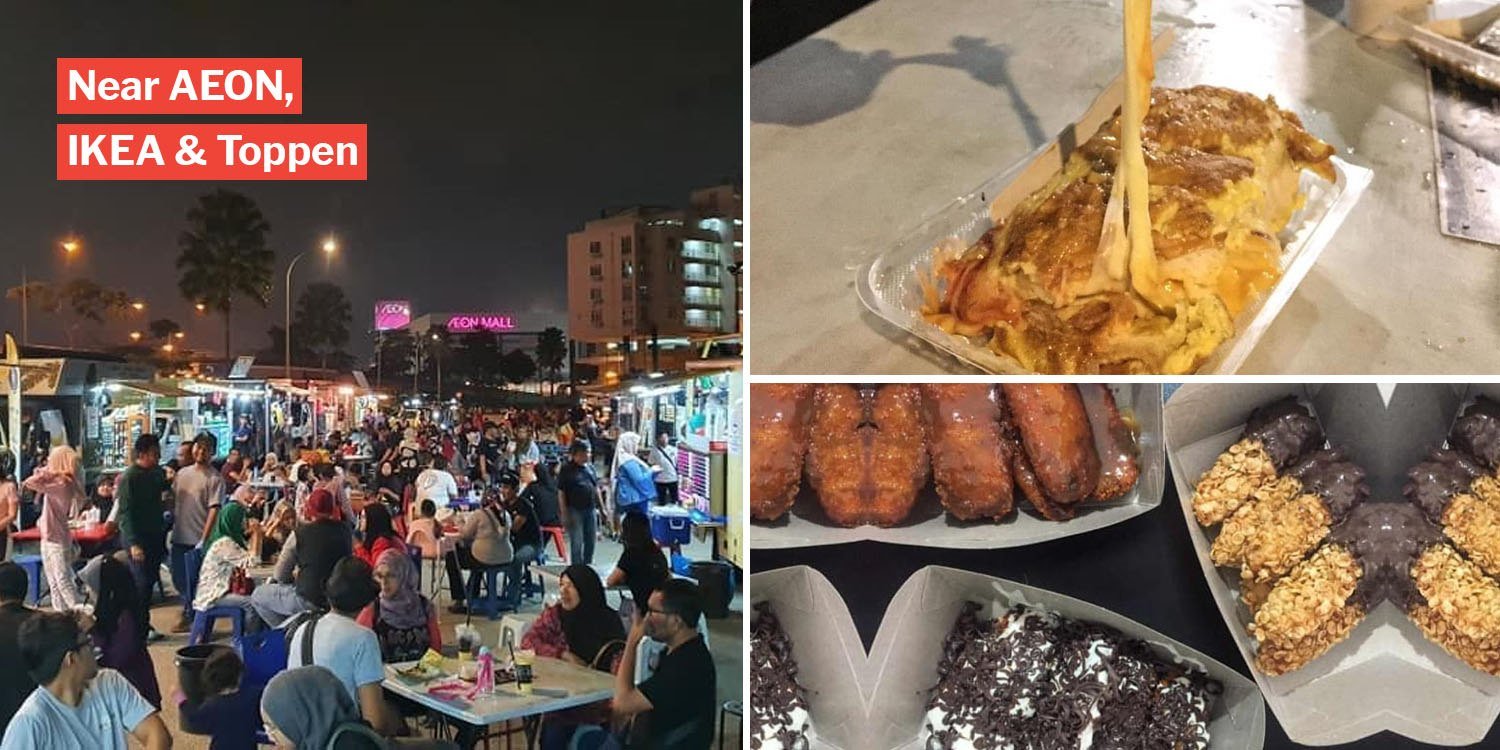 By now, many frequent travellers to Malaysia would be familiar with TAPAK Urban Street Dining — a food truck park that has spawned many of its kind around the country.

The most famous site perhaps is at Kuala Lumpur (KL), not far from the famous Petronas Twin Towers or KLCC. 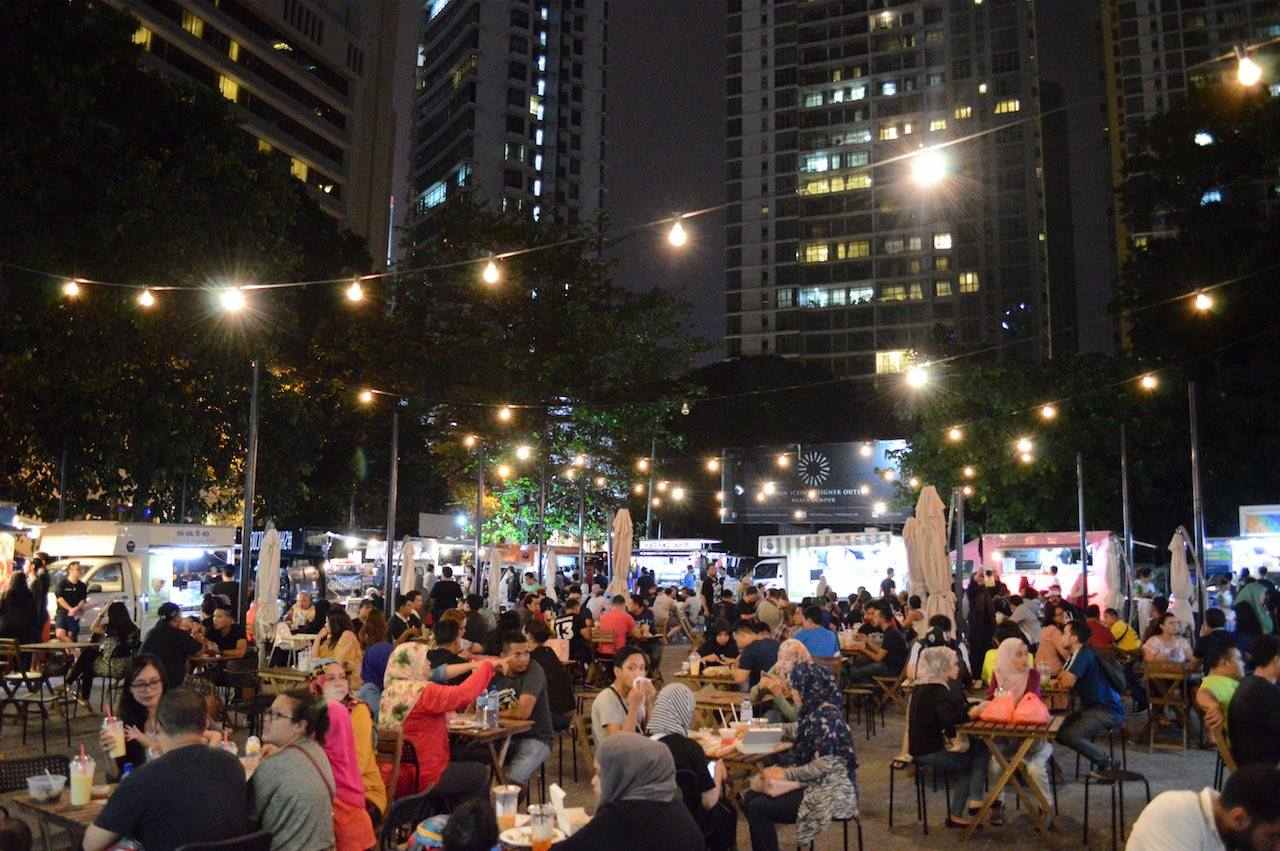 Instead of travelling all the way there, a new food truck park in Johor Bahru (JB) means cheap and good food is now only a short drive away.

Sick of fast food and your typical hawker fare? Why not switch things up a little with an exciting al fresco dining concept that’s kinder to your wallet.

This food truck park in Tebrau, JB, only serves dinner crowds till midnight, so you’d literally be dining under the stars. 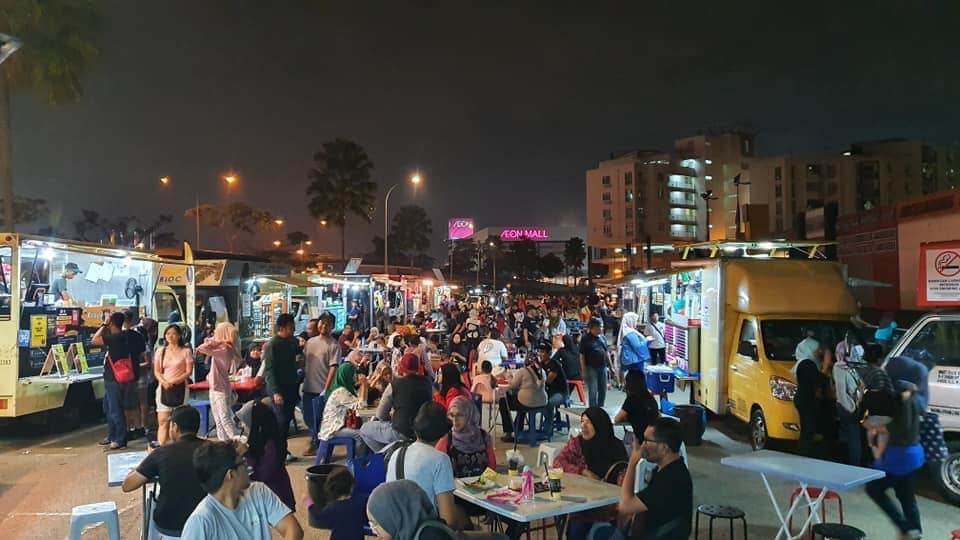 Whether you’re looking for a satisfying dinner or a hearty supper, this is a good place to lepak with a few or more friends.

Favourite Asian dishes with a kick

Nothing beats a piping hot plate of rice or noodles, and you can find them aplenty at TEBRAU Food Truck Park.

You can’t go wrong with fried rice, which is available with some spicy sambal on the side and fresh seafood. 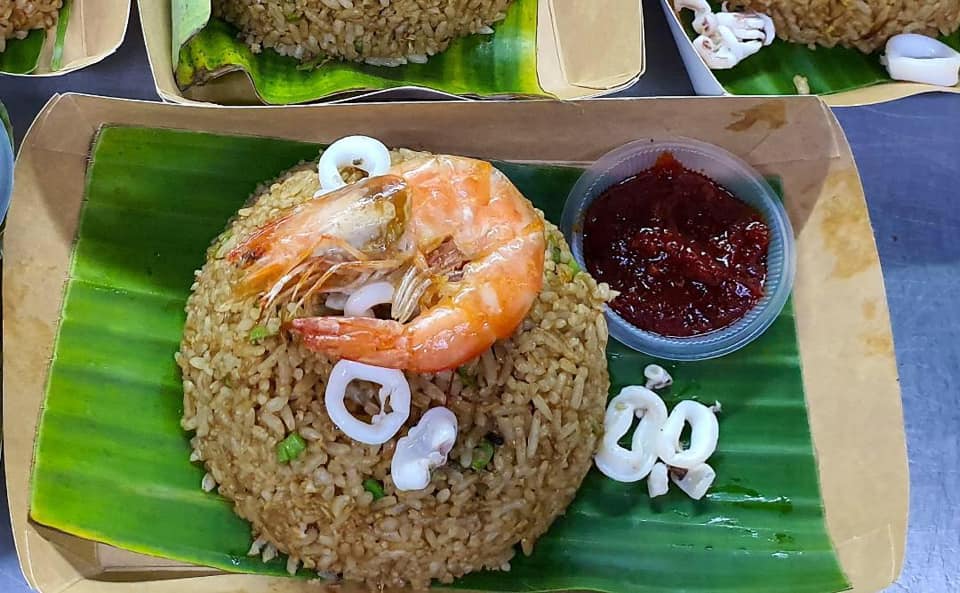 Or if you want to go slow on the carbs, get a comforting bowl of mee bakso or Indonesian beef ball noodles. There’s even a spicier version, Bakso Setan, literally “Devil Bakso”, which might give your favourite mala stalls a run for their money. 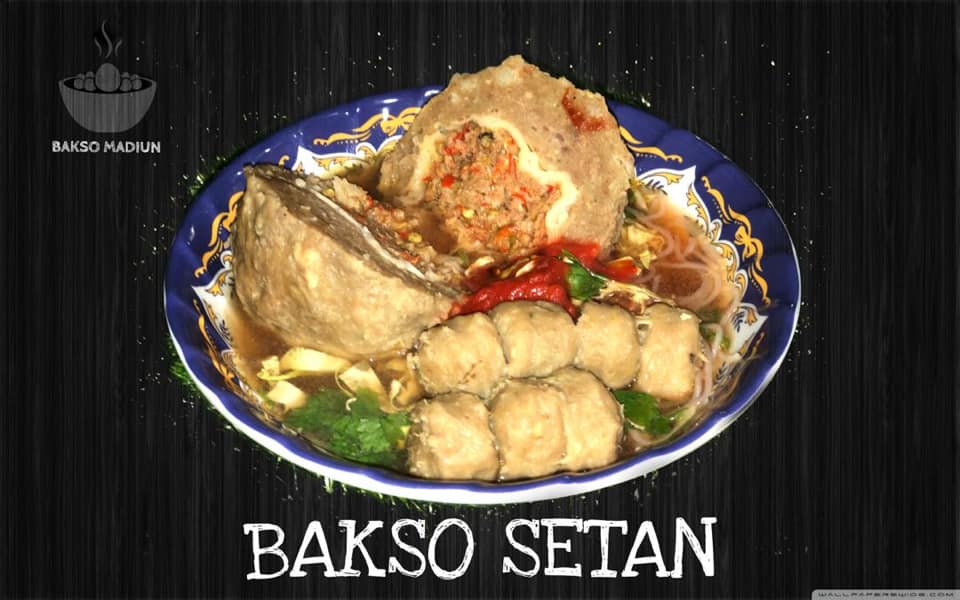 The usual Roti John will look so plain next to Chill Grill’s take, the Roti John Pattaya Mozzarella, which is all things eggy and cheesy. 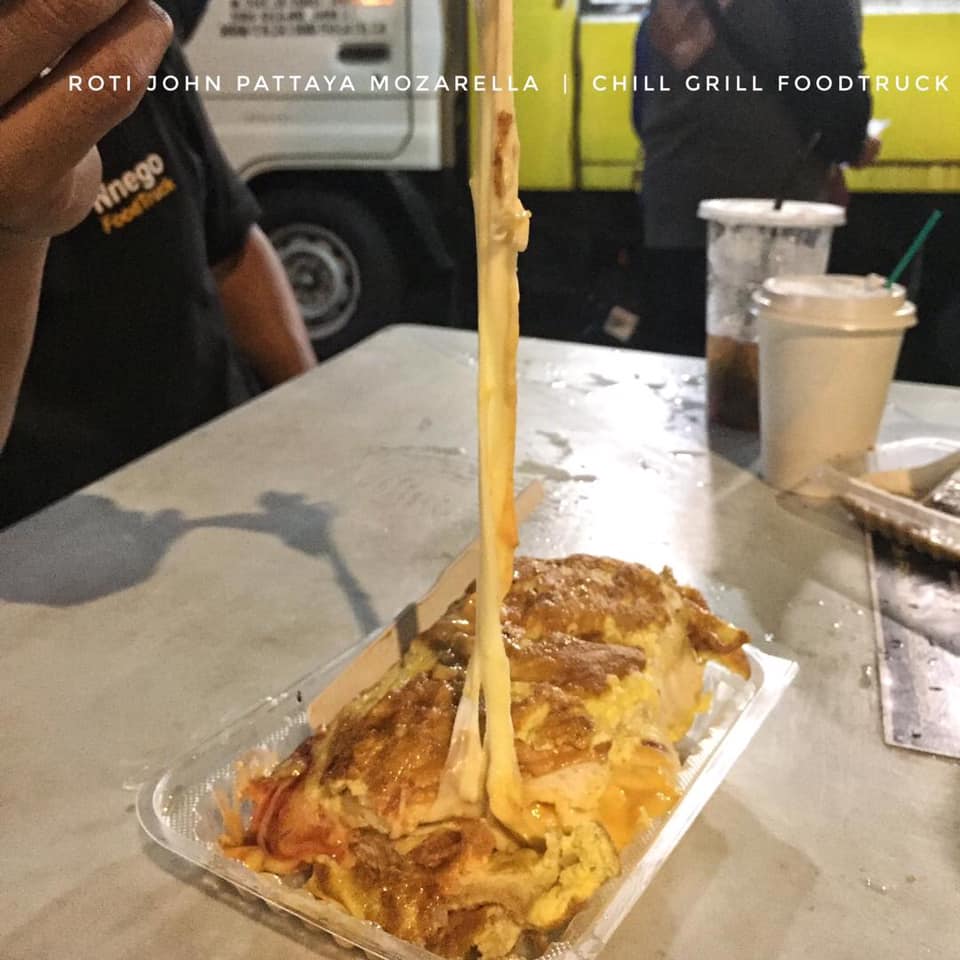 Just look that pull on the cheese and the omelette enveloping the entire bread.

Those who associate outdoor dining with barbecues can simply settle for some good ol’ satay, which look absolutely mouthwatering. 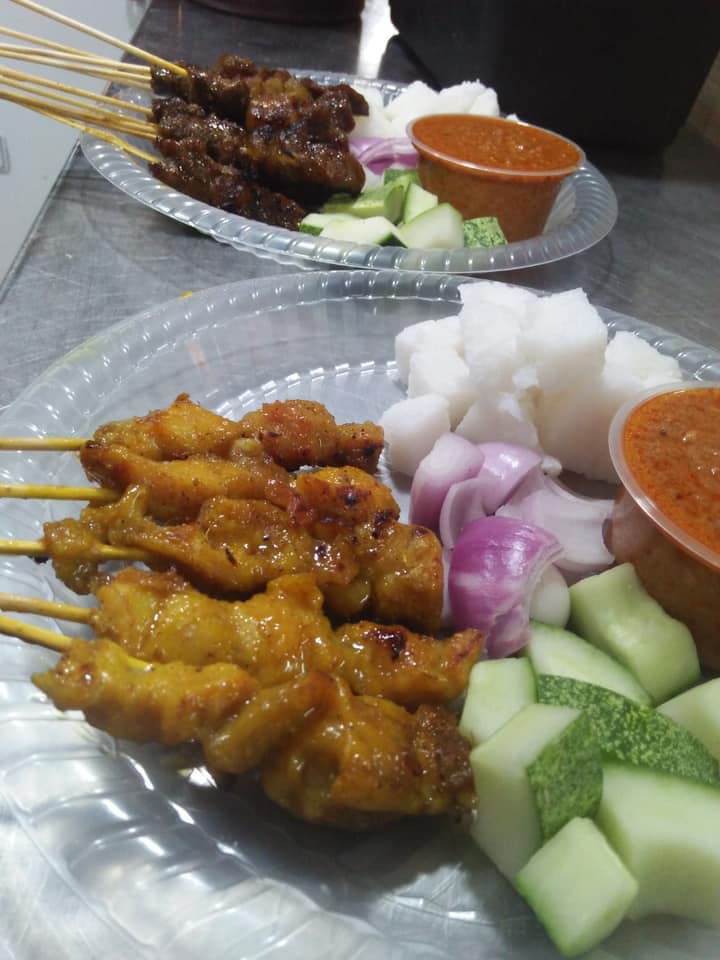 We know you’re salivating already, but get some tissues because there’s more.

For those who want something completely different from the Asian palette, you should try the Burger Leleh from D’Papas. 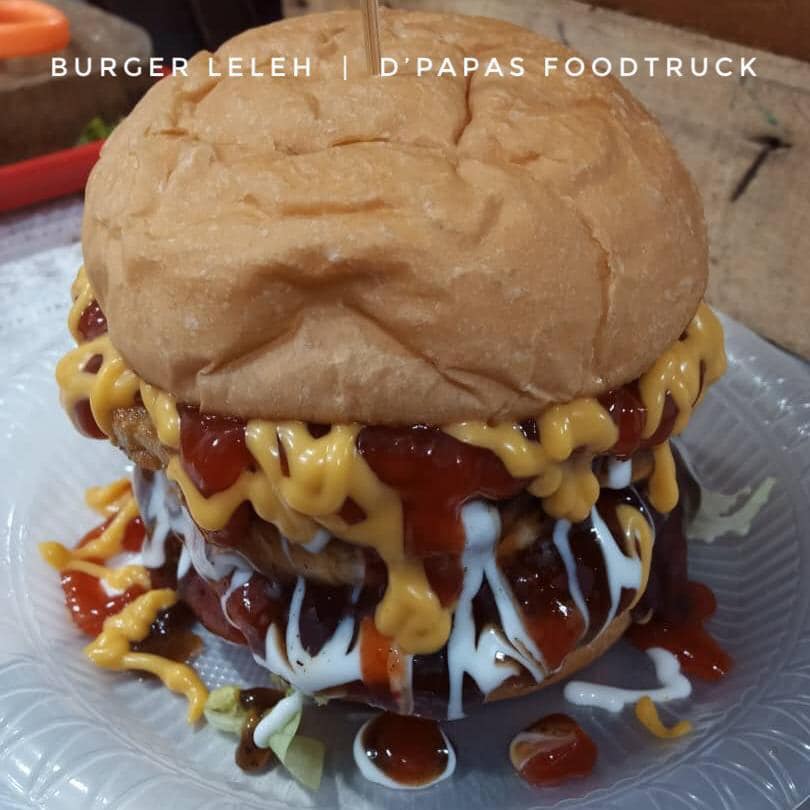 “Leleh” means “drip” in Malay, probably describing all the flavourful sauces and cheese oozing out of the juicy burger.

The Kerup Kitchen has dishes like the regular lamb chop and chicken chop, if you prefer a less messy meal.

Alternatively, you can go for lighter options like cheesy nachos or corn dogs with different coatings to save room for desserts. 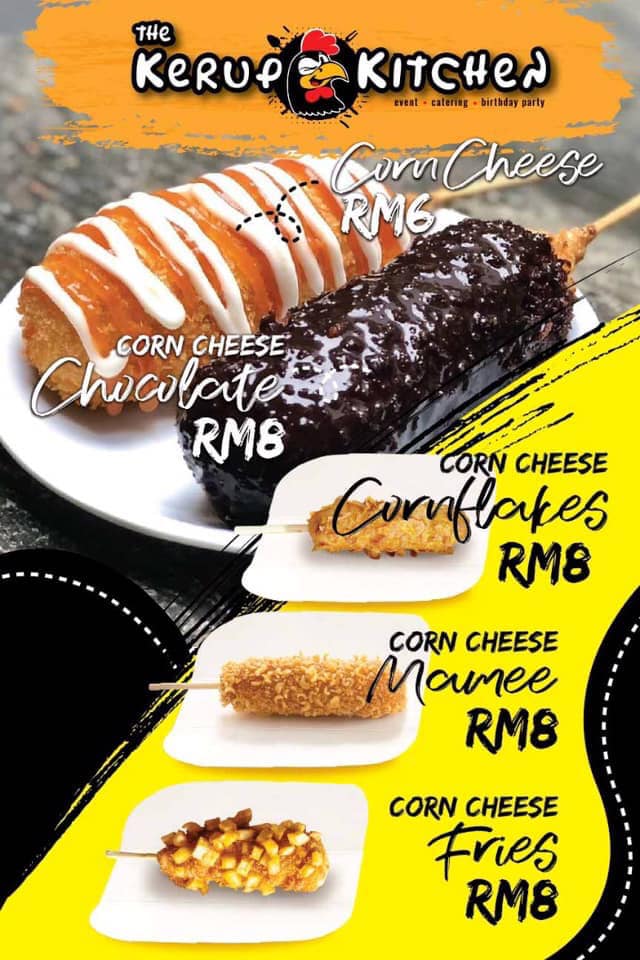 Yup, that’s RM8 per stick, or roughly S$2.70, which is cheaper than most bubble teas.

Desserts & drinks to end your meal on a sweet note

No feast is complete without desserts and drinks, which you’ll probably struggle to decide on from the wide array available.

The fresh mango drinks from First Order at TAPAK KLCC are hard to beat, but this ice blended mango from Manggai may come close. 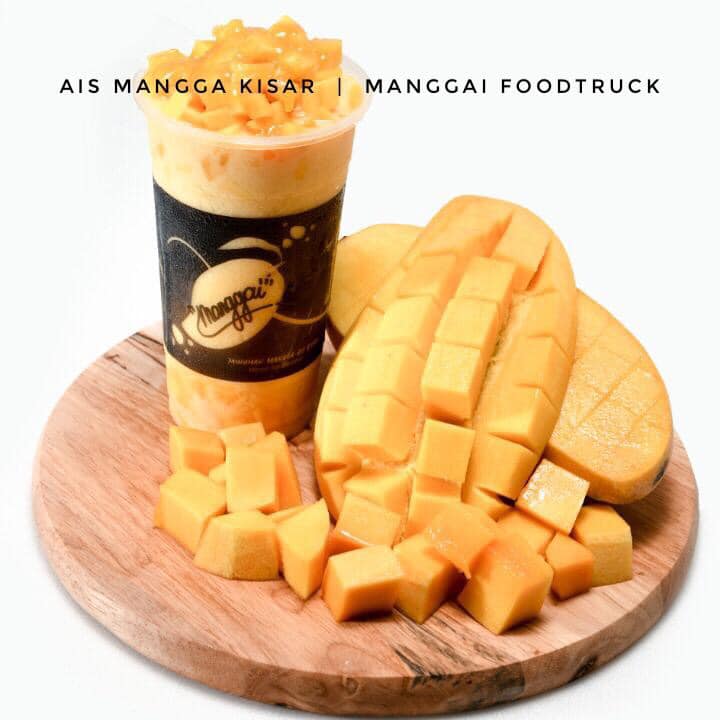 Pile on the chilled goodness with this Milo shaved ice dessert, that is rich and chocolatey, complete with a stick of kinder bueno. 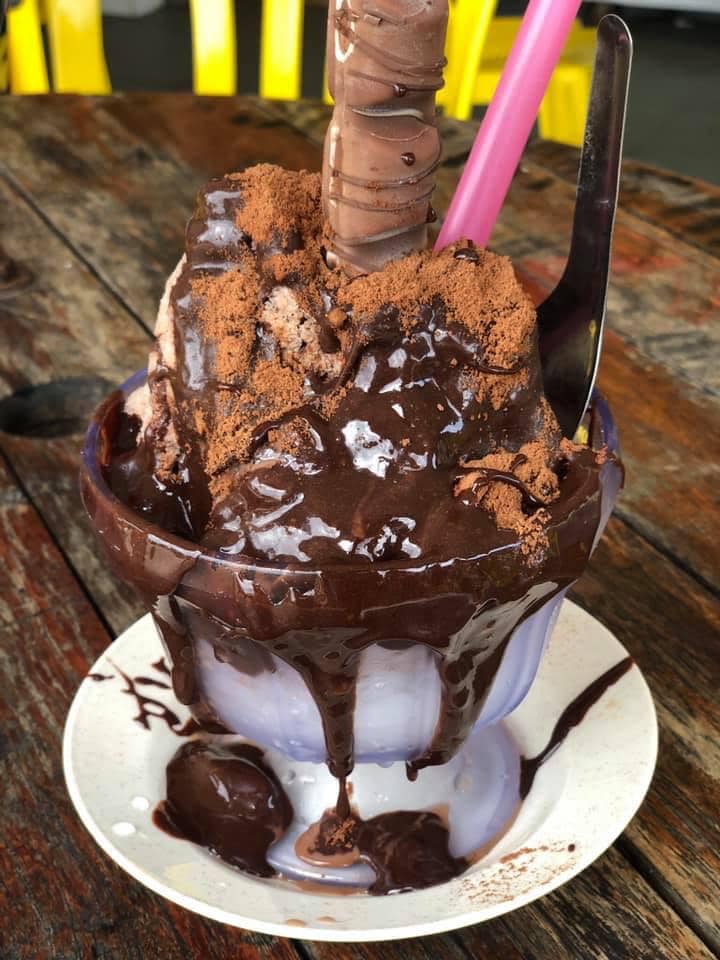 If you’d rather have something warm instead, Bloc has special banana fritters with various coatings like butterscotch and chocolate and cheese. 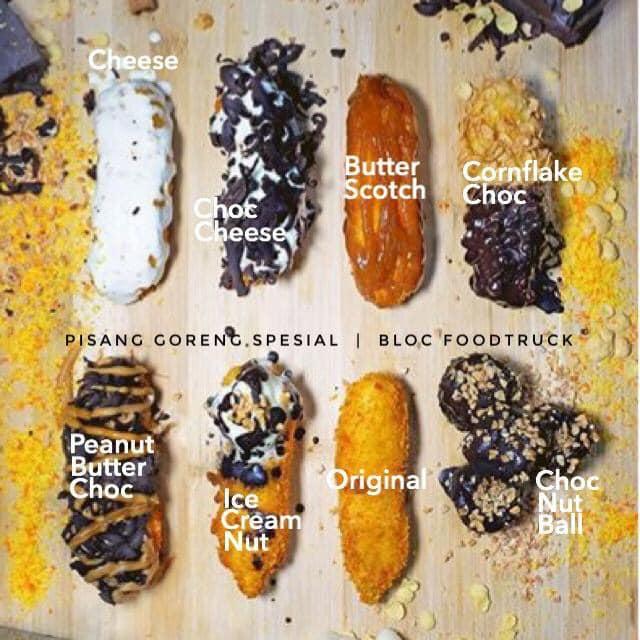 A food haven among shopping malls

The location may be a bit of a drive away from the checkpoints, but with several shopping destinations within the vicinity, there’s enough reason to go.

Here’s more information so you can plan your trip. 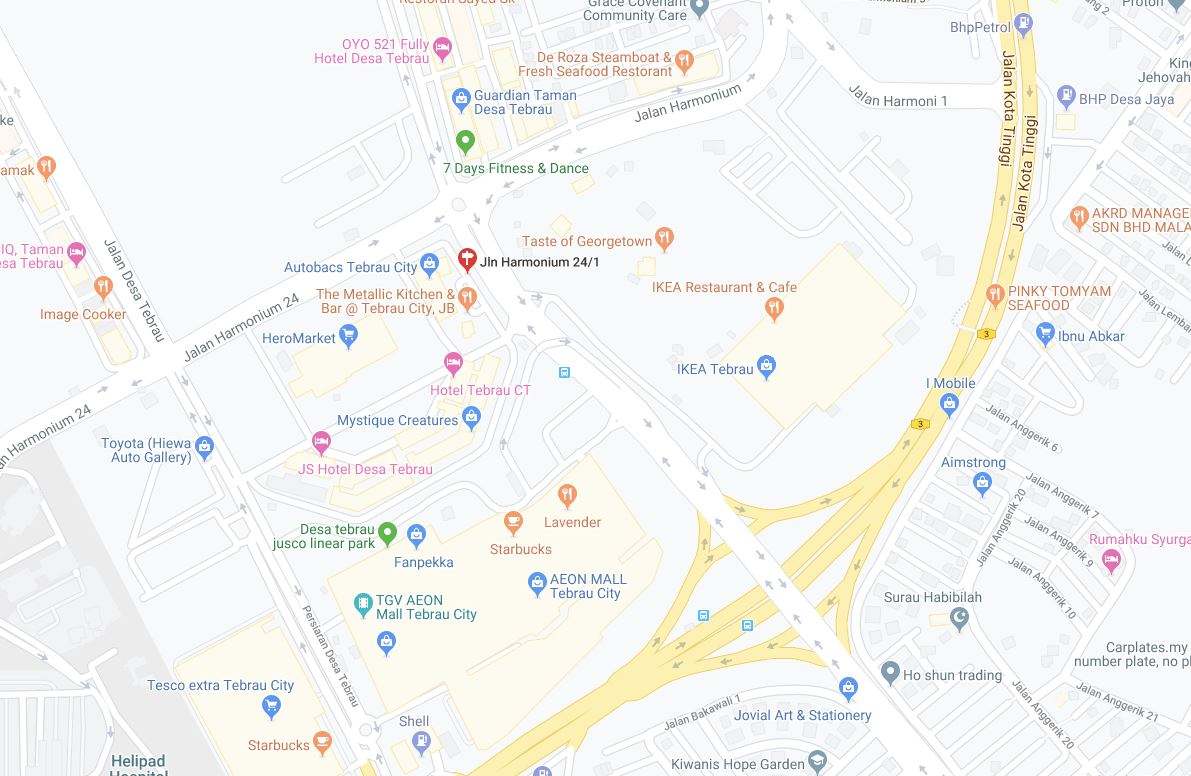 Toppen Mall, AEON Tebrau and IKEA Tebrau are close by, so bring your friends and family along for an eating and shopping spree.