Man Burned Alive In Johor 4-Vehicle Crash, His Car Skidded Into The Opposite Lane 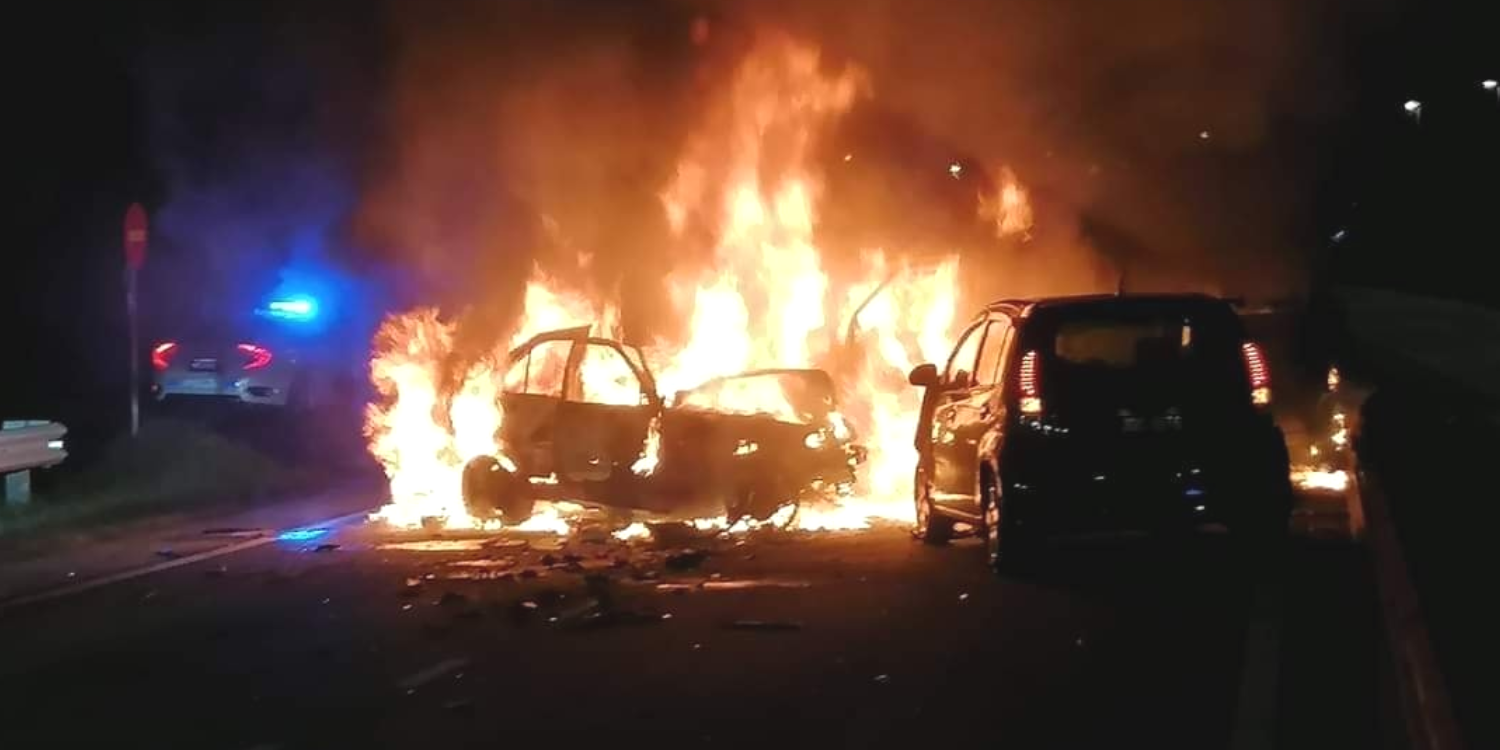 The victim apparently lost control of his vehicle and skidded to the opposite side of the road.

Traffic is generally lighter in the wee hours of the morning, but we should still keep our guard up as accidents may still happen if we aren’t careful.

At about 6am on Monday (25 Jul), a man was burned alive in his car after reportedly losing control of his vehicle in Johor Bahru. 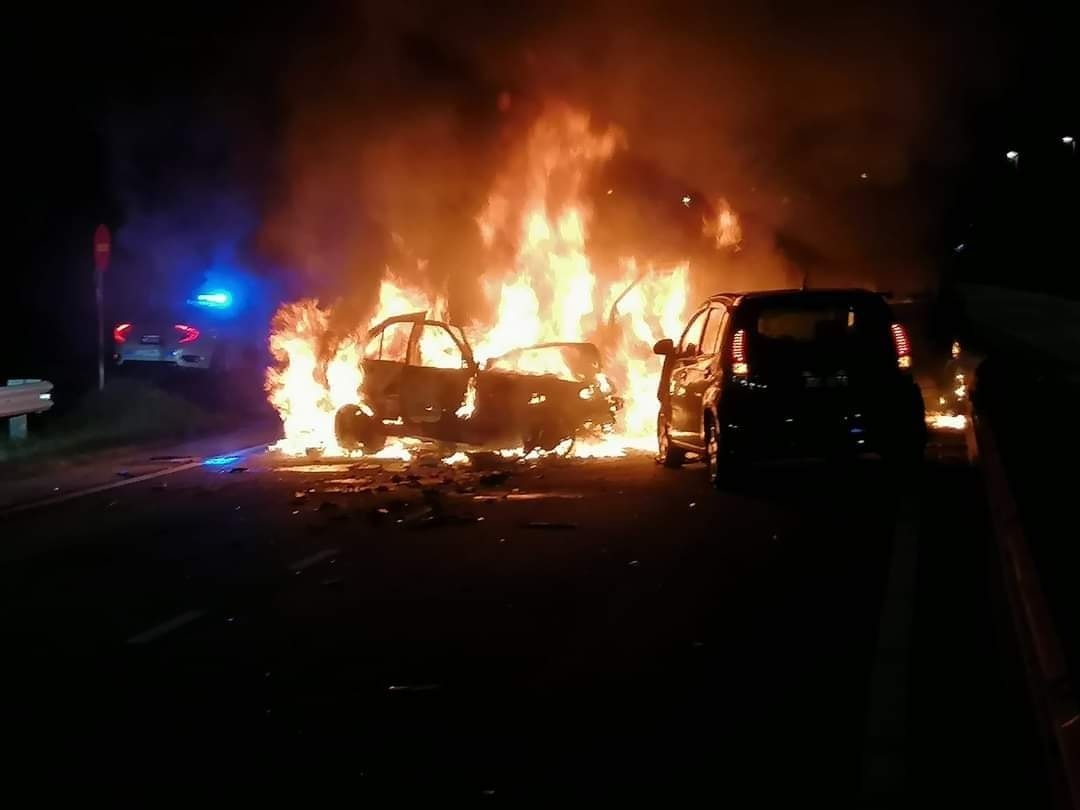 Moments before the collision, the driver was believed to have lost control of his car and went into a skid, crashing into three vehicles.

According to China Press, the accident happened at around 6.30am near Permas Jaya Bridge in Johor, about 12km from JB Sentral.

The driver of a red BMW had apparently lost control of his car and skidded into the opposite lane, where it crashed into a van.

The Star reported that two other cars rear-ended the van as they could not steer away in time.

Recounting the accident, one of the drivers involved in the accident said the BMW driver was apparently in a “coma”.

Passers-by reportedly attempted to rescue the unconscious BMW driver by trying to pry the door open and smashing the windshield. Sadly, their efforts were in vain.

As the fire spread rapidly to the nearby truck, the brave passers-by soon shifted their efforts to get the truck driver out of his vehicle.

Footage on Facebook shows the BMW engulfed in flames with thick black smoke billowing from the car. 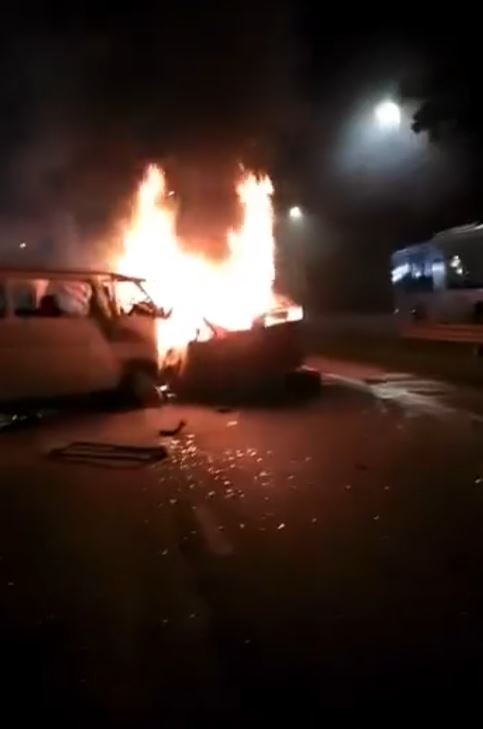 The blaze soon spread to the other vehicles involved in the accident. 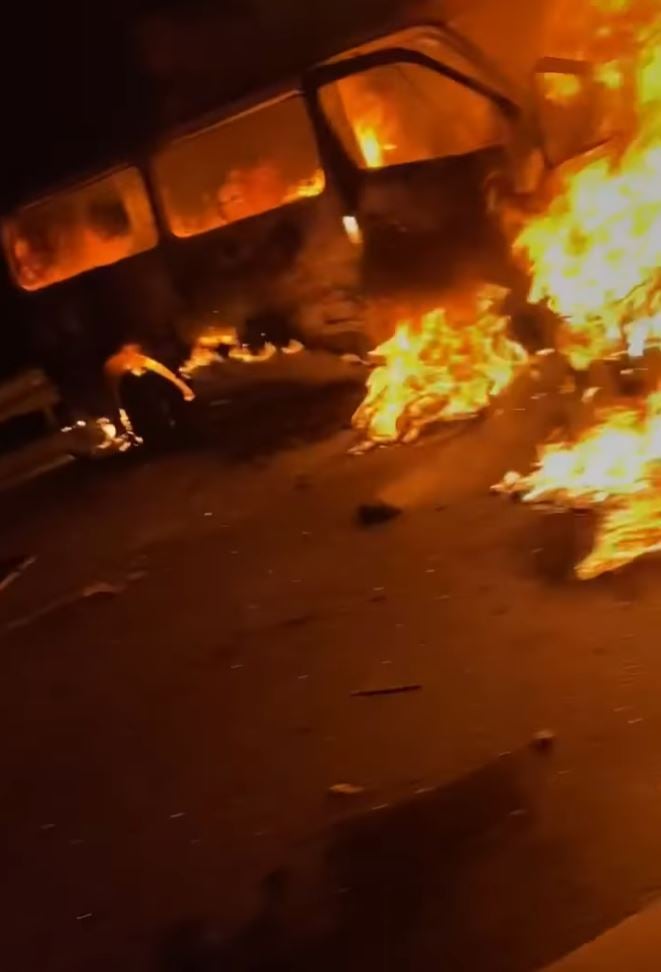 An explosion was later heard just as paramedics arrived at the scene. 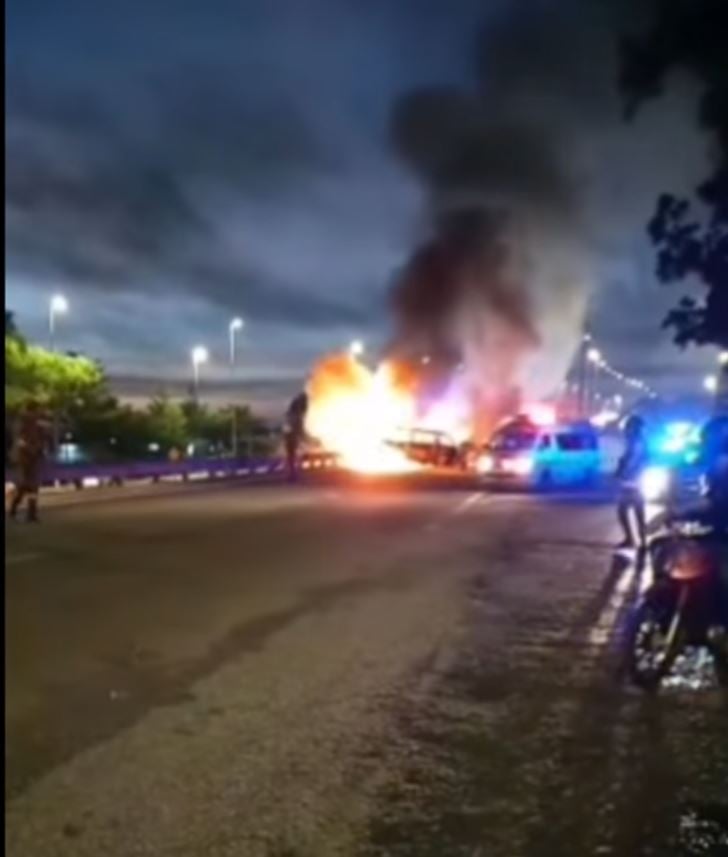 The accident also led to a severe traffic jam. 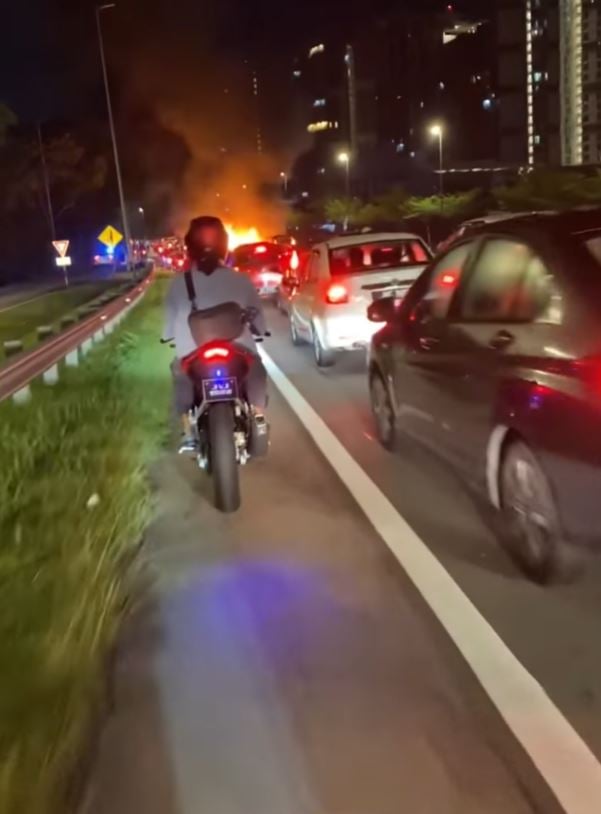 In another clip showing the aftermath of the blaze, the vehicles appeared charred beyond recognition. 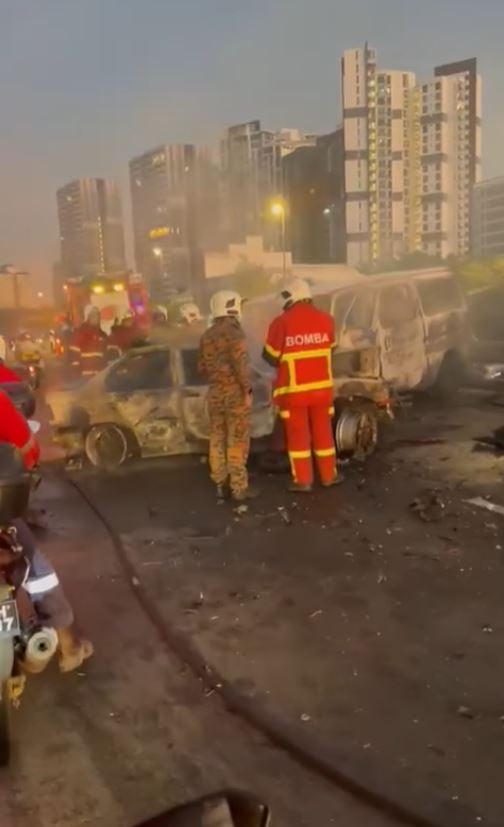 1 person dead, another in critical condition

Later in the day, the Malaysian police confirmed that the BMW driver had succumbed to his injuries. The driver has yet to be identified at the time of this article.

The van driver, a man in his 40s, was also severely injured and is in critical condition, reports The Star.

Meanwhile, the other two drivers were lucky to escape without injuries.

The police are currently investigating the incident.

A timely reminder to always drive carefully at all times

It’s genuinely tragic to witness a fatal accident like this. It also serves as a timely reminder of the dangers that still lurk on the road during odd hours.

Even though traffic might appear lighter, it’s still wise to drive carefully.

MS News extends our deepest condolences to the family and friends of the deceased. We also hope the van driver will recover from his injuries.