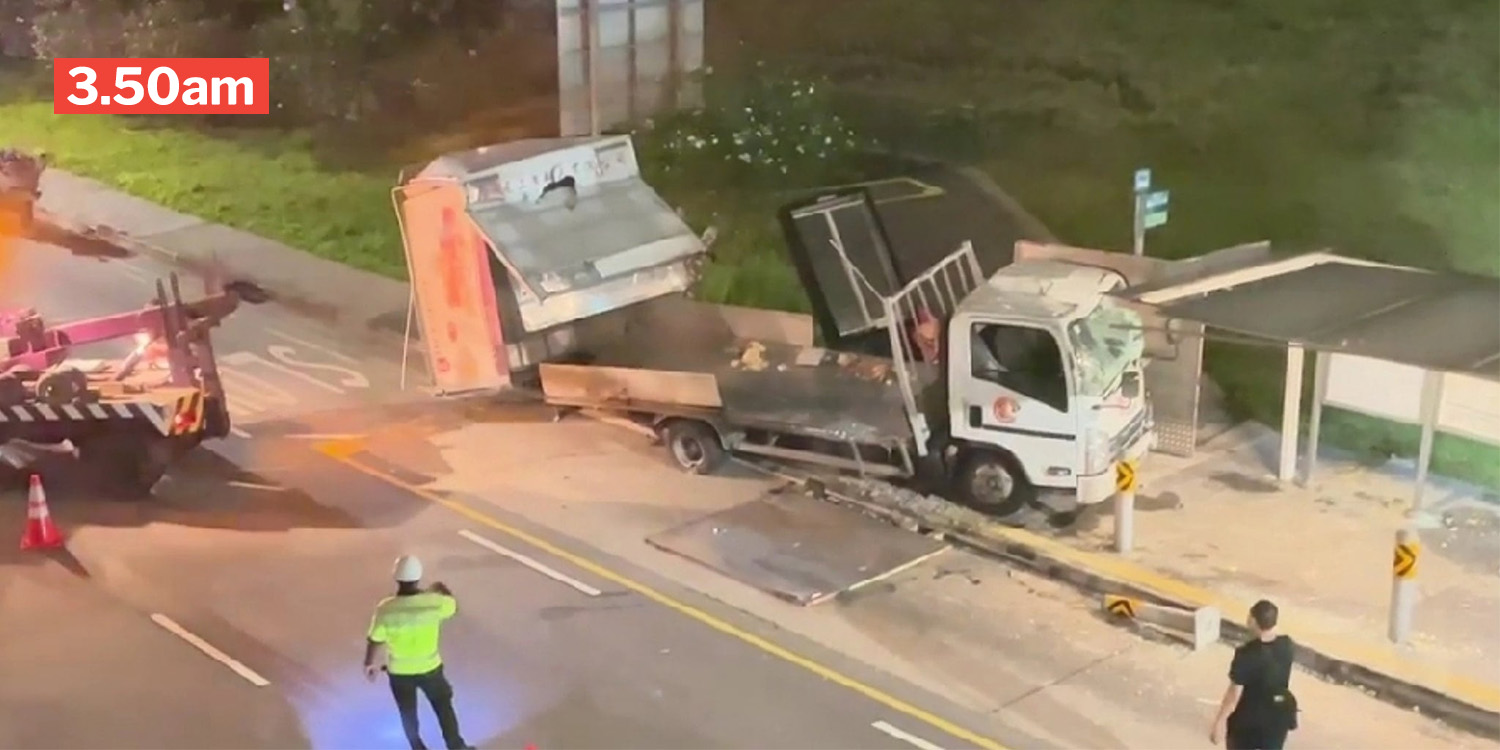 In the wee hours of the morning, most people would be sleeping rather than being on the road.

However, some workers may have to hustle and either start work super early in the morning or end work late at night.

In a Facebook post by ROADS.sg, an Isuzu lorry had crashed into a bus stop at Lower Delta Road in Telok Blangah early Tuesday (20 Jul). 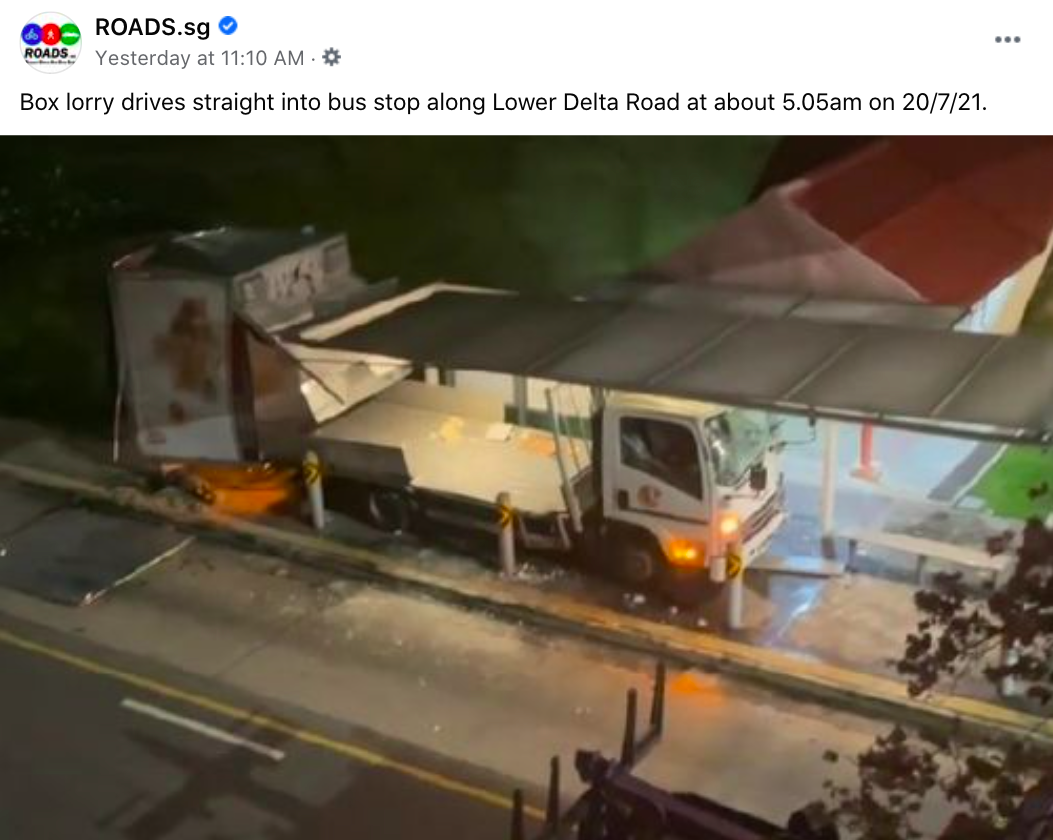 Thankfully, it doesn’t look like there was anyone around at the time of the incident. The lorry driver reportedly sustained minor injuries.

Responding to MS News‘ queries, the Singapore Civil Defence Force (SCDF) said they were alerted to the road traffic accident along Lower Delta Road at 3.50am.

From footage posted by SG Road Vigilante, we can see that the lorry had ploughed through more than half of the bus stop, causing its container to fall at the back.

The video also showed a tow truck pulling the lorry out of the bus stop. 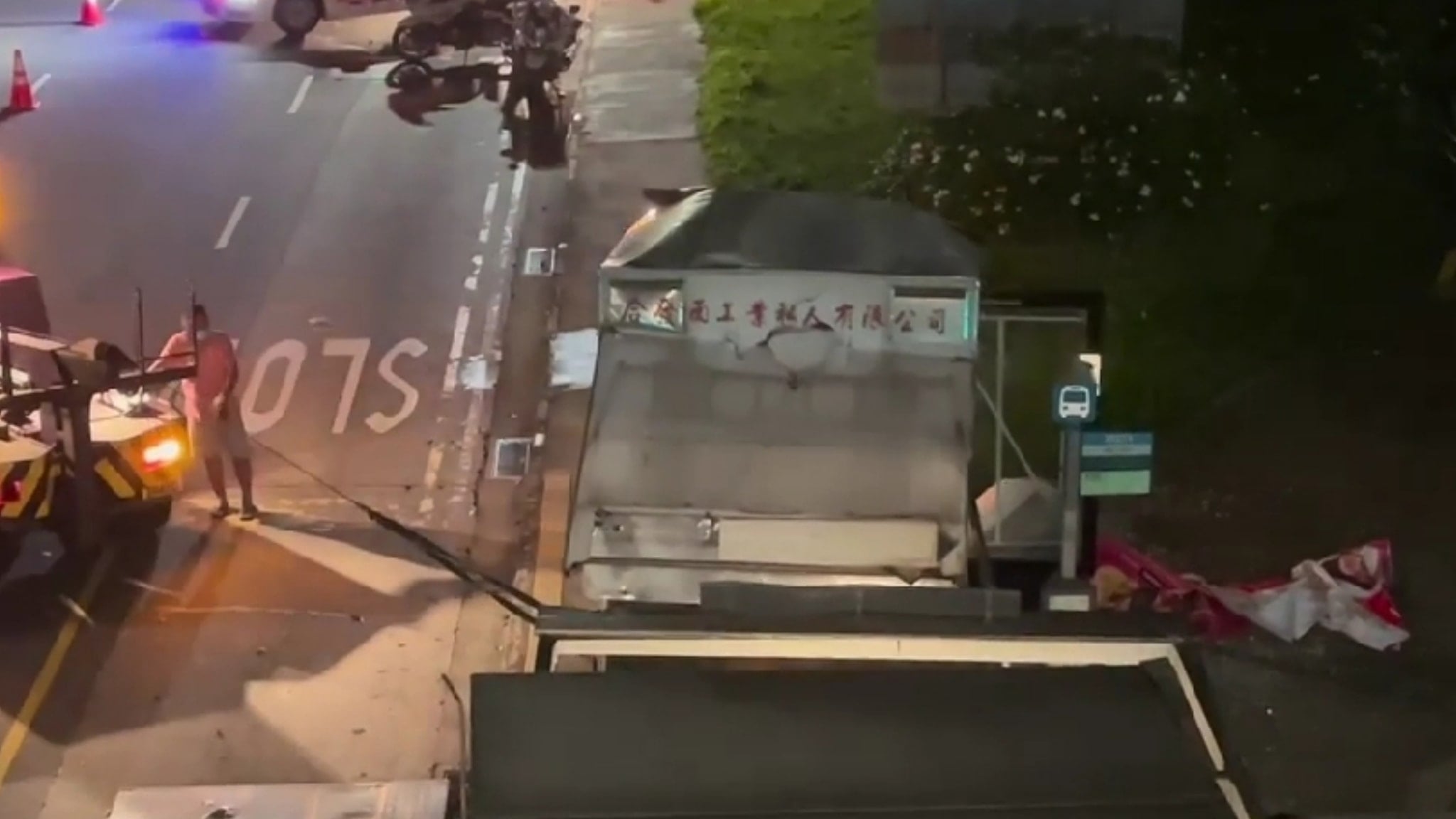 After the truck was freed, the driver was later seen running back to the vehicle. Although we are unable to confirm, it seems like the man was retrieving his belongings. 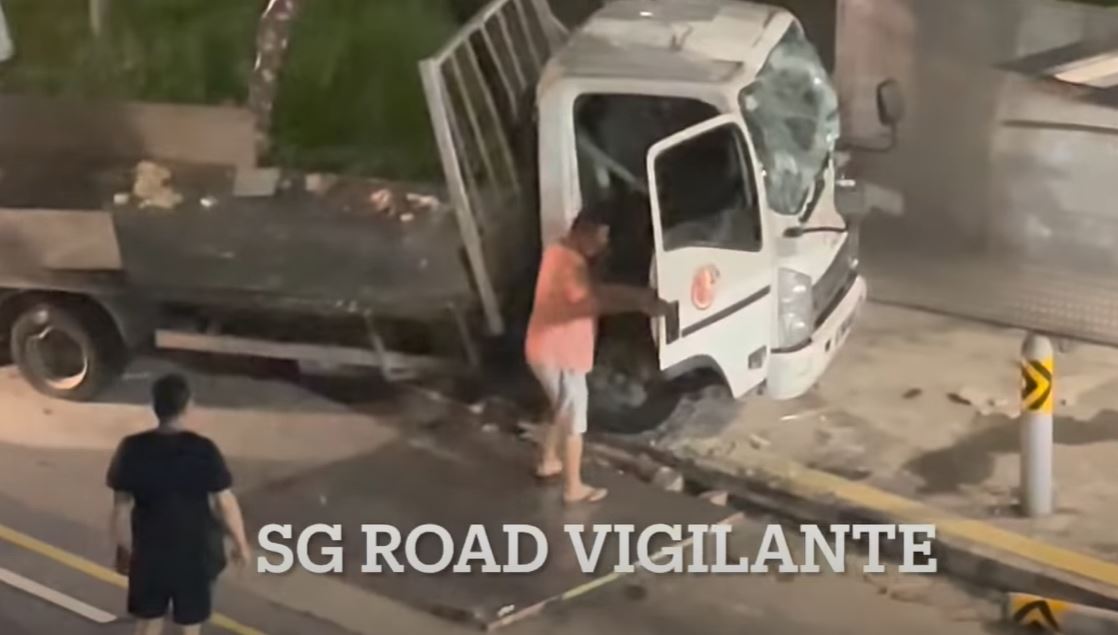 No one was at the bus stop during the incident

Fortunately, this occurred in the wee hours of the morning, and it did not seem like anyone was at the bus stop.

SCDF told MS News that only the driver had to be assessed for minor injuries.

However, the driver later declined to be conveyed to the hospital.

Drive safely at all times

No matter the time, road users should remain alert when driving to ensure the safety of both themselves and others.

Thankfully, no one was badly hurt in this accident. It could have been worse if there were more people at the bus stop.

We wish the lorry driver a speedy recovery from his injuries.