Johor Gas Plant Explosion Occurred At Around 1.30AM, 15 Km From Singapore

If you live in the eastern part of Singapore and was rudely awakened by a loud explosion in the early hours of Friday (12 Apr), you’re not alone.

Others who also heard the thunder-like ‘bang’ took to the Singapore subreddit to share their experiences.

According to Reddit responses, a thunder-like “boom” was allegedly heard across Singapore at around 1.30AM.

The explosion was mostly heard in the eastern parts of Singapore like Pasir Ris and Punggol.

But other Redditors also claimed they heard it from as far north as Sembawang and Ang Mo Kio.

The sound of the explosion allegedly rattled windows in Singapore.

It also startled some of our canine companions too.

Netizens speculate on the source of the explosion

One postulated that the thunder-like explosion was linked to an accident that happened at a Johor petroleum plant.

Another Redditor joked that it was the result of him having mala for 5 straight days.

Others simply dismissed the explosion as thunder which came with the recent showers.

Likely that it came from a Johor gas plant

Later in the morning, The Straits Times confirmed that a fire and explosion had happened at a Johor gas plant around 1.25am, roughly 15km away from Singapore.

The fire was thankfully extinguished and contained within just 30 minutes.

Investigations are currently ongoing at the time of writing, but some reports suggest that the explosion was caused by a leaking gas tank.

Footage of a massive fire seen at the plant also made rounds on social media. One such video can be seen here. 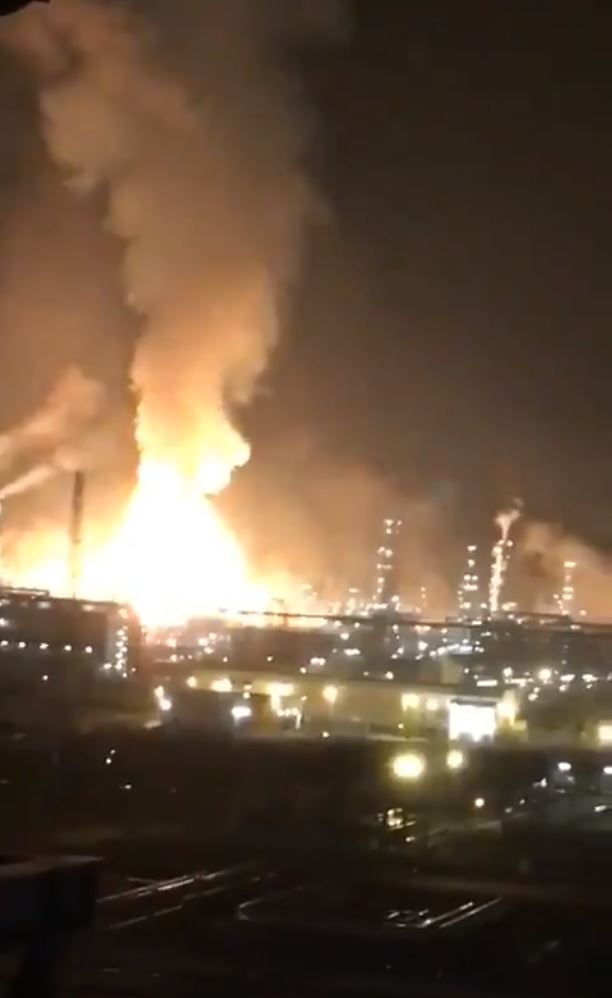 Given the coincidental timing of the incident, it is extremely likely that the explosion sound heard in Singapore and the plant fire are linked.

Hope no one was injured

We hope that no one was injured as a result of this incident.

Meanwhile, for those whose sleep was disrupted by the explosion, the weekends are coming, just in time for you to clear up your accumulated sleep debt.