Must Share News – Independent News For Singaporeans
Home People Commentary Commentary: Time For S’poreans To Stop Judging People By The Schools They... No Point Judging Educational Backgrounds Once We Start Work

For Singaporeans, education is everything, and that extends to which school you had the privilege of studying at.

When we’re young, we (and our parents) obsess over how to get into a ‘good’ school, and whether our relatives’ children got into ‘better’ ones.

However, recent comments by a Cabinet Minister in Parliament show that for Singaporeans, which school we went to somehow matters even in adulthood. As Singapore society matures, it’s also about time we stop harping on someone’s educational background and focus on what they do and who they become after graduation.

Hot mic in Parliament picks up remarks about school background

Singaporeans revisited this issue when some remarks were picked up by a hot mic during a Parliament session on Tuesday (14 Sep).

Seriously, how did he get into RI (Raffles Institution)? Must have been a lousy school.

Foreign Minister Vivian Balakrishnan later apologised to Mr Leong, saying he “should not have said” what he said.

While Mr Balakrishnan has apologised for his private comments, I noted with some bemusement that he’s an alumnus of Anglo-Chinese School (ACS). 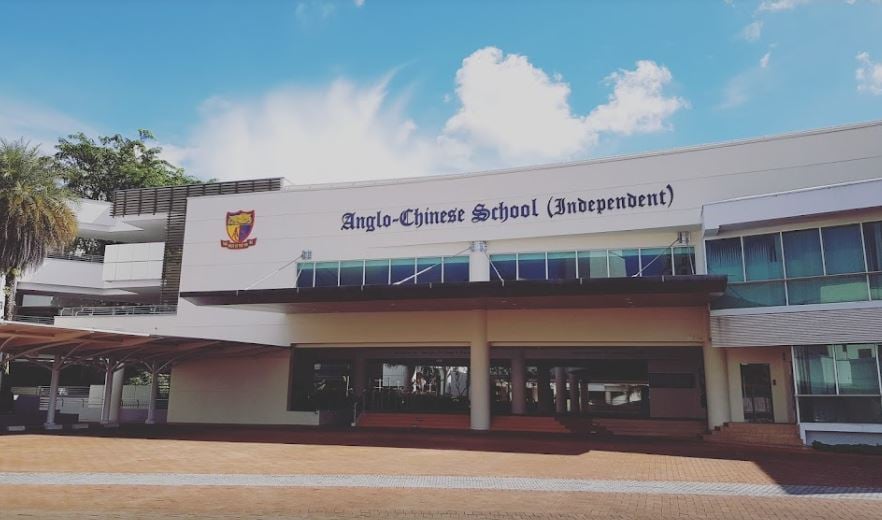 Some Singaporeans may know that there’s an age-old, fierce rivalry between ACS and RI, 2 of our nation’s premier all-boys schools.

This feud is so famous that it was even mentioned in the bestselling novel Crazy Rich Asians.

Being an alumus of ACS too, I remember it being quite common in a school setting to suan or make sarcastic remarks about RI.

Even the teachers sometimes got in on the act, mainly to inspire some school spirit during competitions. 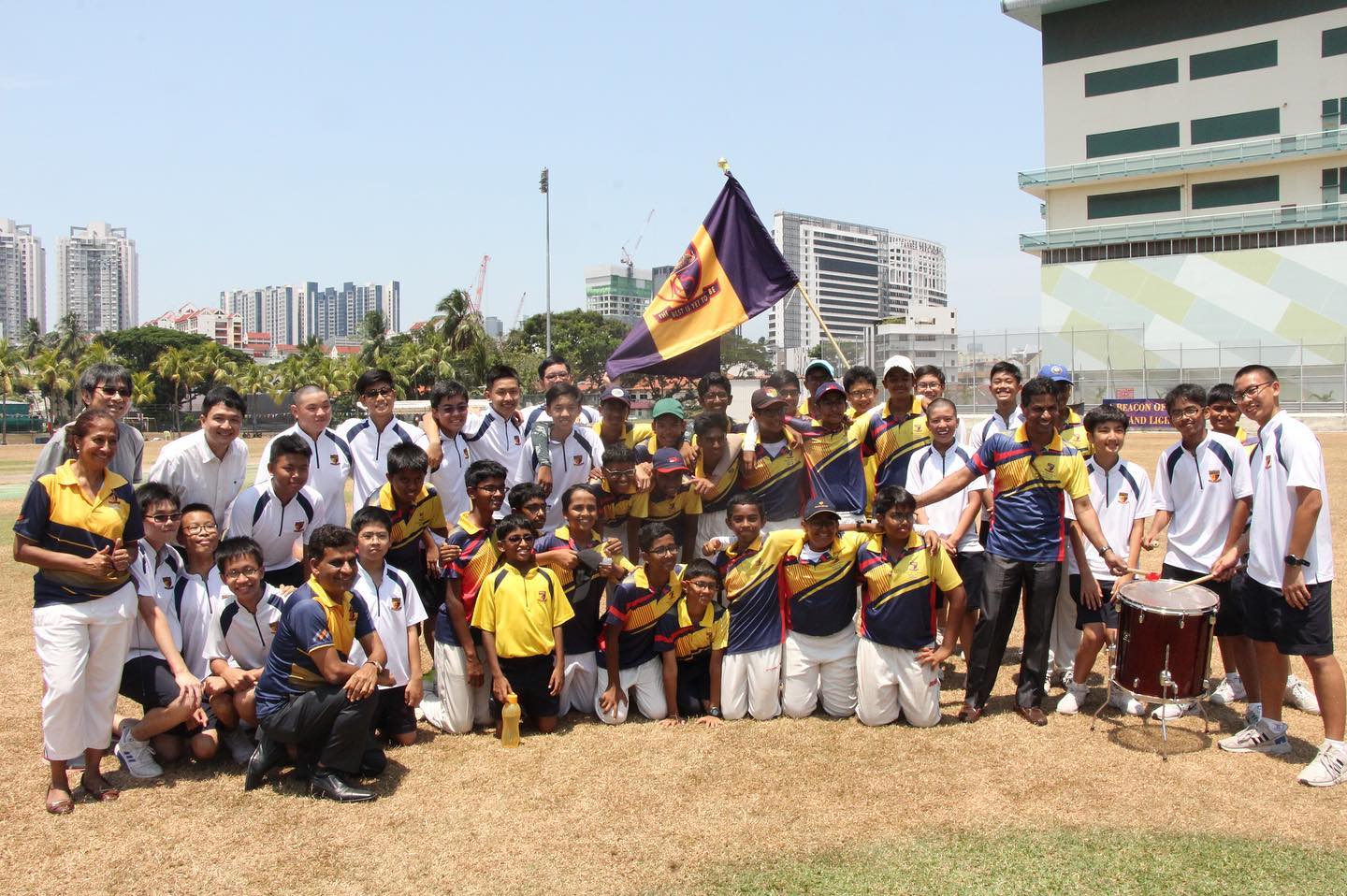 Perhaps Mr Balakrishnan’s ACS school spirit is so strong, that he couldn’t help but to unconsciously channel that rivalry in Parliament.

After all, it’s quite easy to imagine that an ACS boy would call RI a “lousy school” during a bout of rambunctious banter.

However, note that I qualified this by saying that it happens in a school setting.

To me, some things that are an inalienable part of student life just shouldn’t be carried over into adulthood.

Once you’ve graduated and entered the working world, your school days are almost a former life, committed to hazy, sepia-tinged memories. 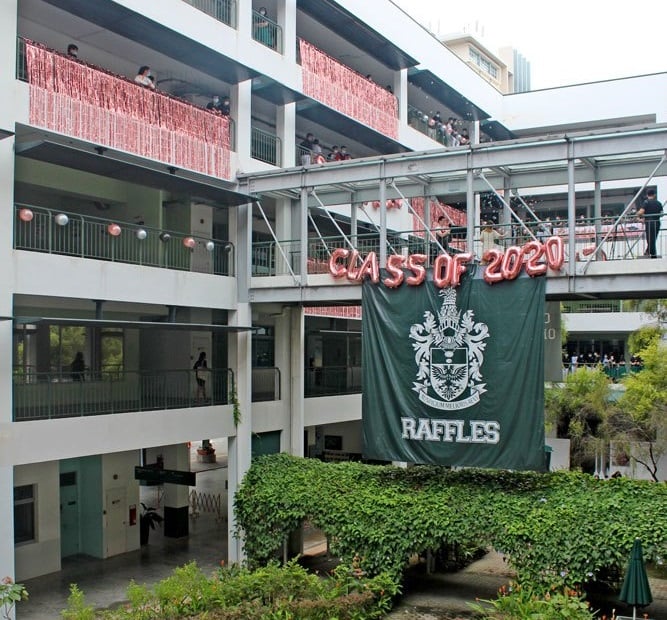 Whether you’re busy carving out a career or just trying to put some food on the table, it really shouldn’t matter to anybody which school you came from.

Other influences shape us after leaving school

I can say that as an ex-ACS boy, I seriously don’t care whether someone is from RI or not, and I certainly don’t see a person as my rival just because he used to be from that school.

It just doesn’t make sense to do so, as for most people, lots of other influences shape our identities after we leave our school days behind.

We subsequently find new commonalities with people from different backgrounds. School doesn’t mean that much anymore.

For example, in Parliament, there are ex-ACS boys and ex-RI boys in both the ruling party and opposition. That means old school alliances have faded and new ones have been forged. 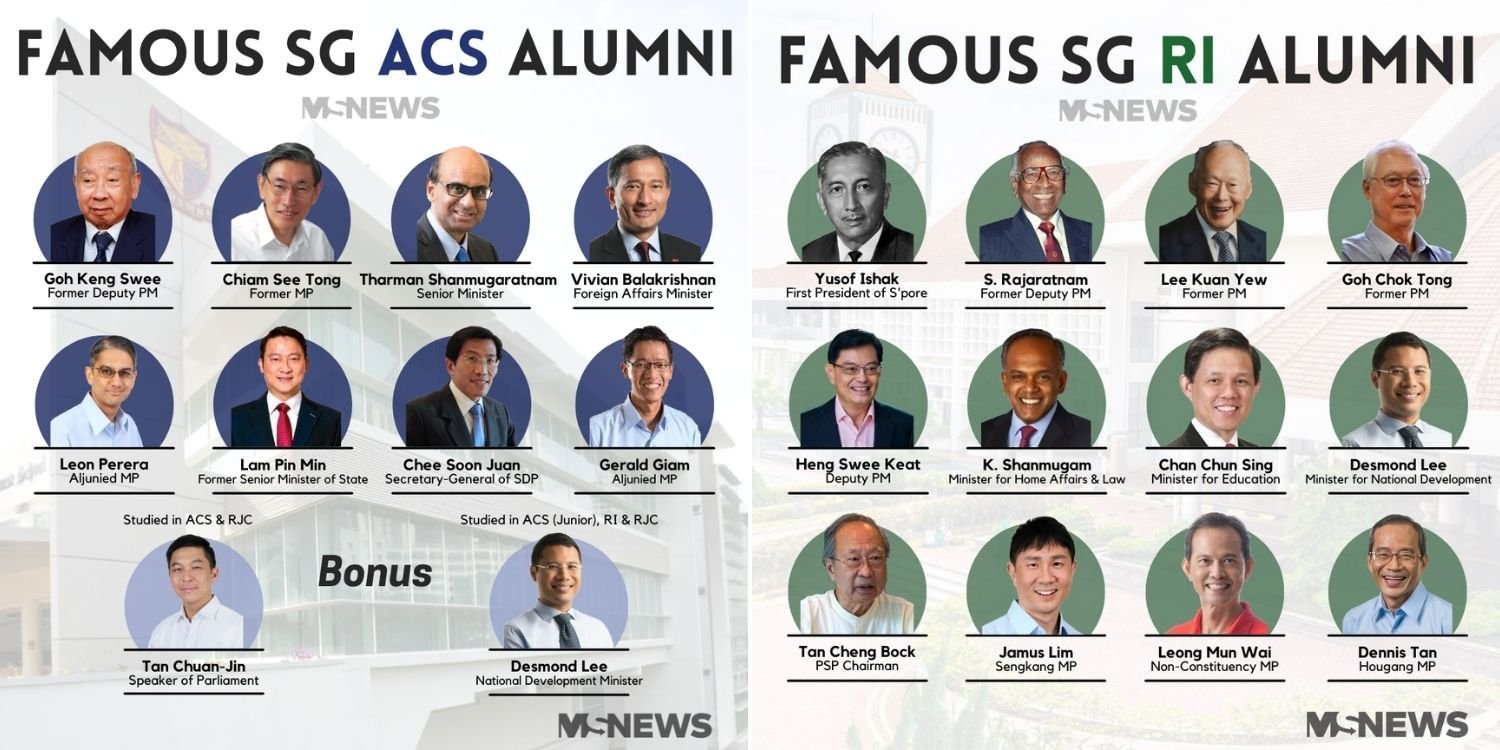 Then there’re those who’ve come from more humble backgrounds and have since made something of themselves.

Similarly, in response to the school remarks in Parliament, some netizens on Reddit said they don’t care much about their colleagues’ educational background.

That said, even if adults don’t really care about one another’s school backgrounds in practice, this mindset persists in society at large. It manifests in the undercurrent of elitism that occasionally rears its ugly head, for example, when people treat you differently depending on what school you go to.

While the viral ‘Hwa Chong lady’ has been described as racist, she also seems to be elitist — why else would she proudly mention that she used to study at Hwa Chong Junior College?

Perhaps it speaks to an insecurity in this still-young nation, where we need to justify our existence by clinging on to past glories when we can.

However, if we don’t move beyond this obsession, we’ll never really mature as a society.

Nothing wrong with being proud of your past

Of course, there’s nothing wrong with being proud of your alma mater, or even actively supporting it in the form of donations or other good causes after you graduate.

I would also confess to taking pleasure if someone, perhaps like Joseph Schooling, who achieves success happens to have studied in ACS at some time in the past. The school is part of my history, after all. 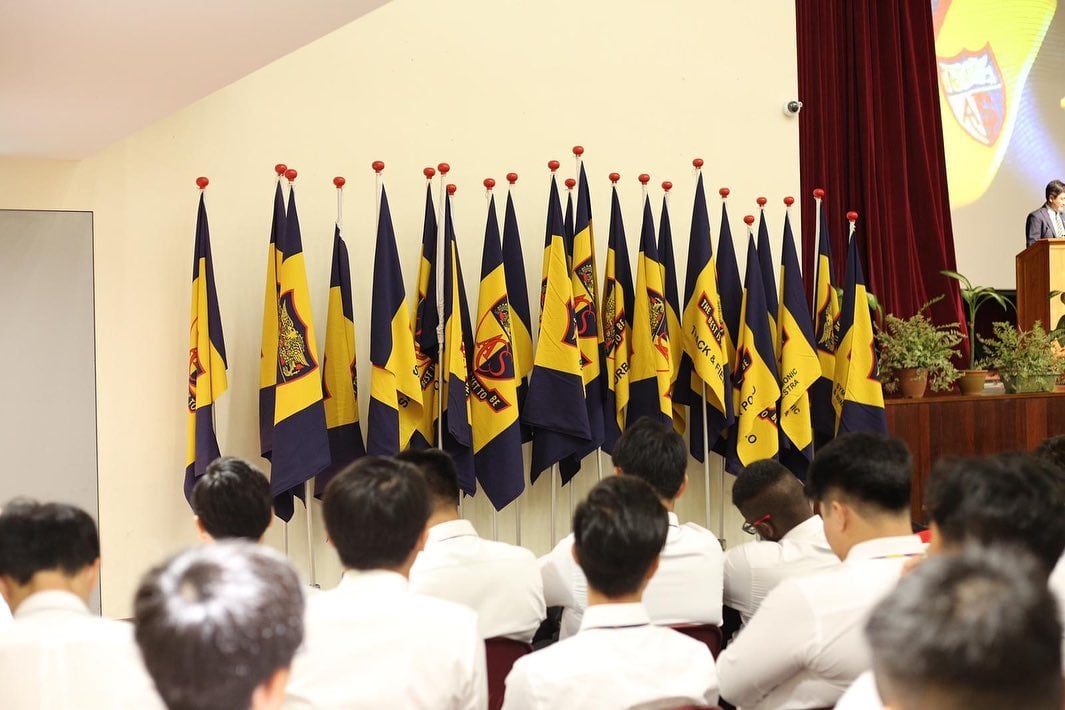 Moreover, on 1 Mar – ACS Founder’s Day – I’ve gone to the trouble of temporarily changing my Facebook profile photo to the ACS crest for a day.

But in other years, the day has come and gone without me even registering it.

That doesn’t mean I’m a bad alumnus, but just one who might have the reality of daily life to think of.

Going to the same school doesn’t count for much

Accordingly, after Mr Balakrishnan apologised for the remarks, I was indifferent when I remembered that he came from the same school as me.

Obviously, we’re of different generations and have trod different paths in life, so that 1 thing we have in common doesn’t count for much.

Also, I’ve moved on from judging people by what school they came from, and somehow linking it to their actions as adults.

Rather, I see him as any Singaporean should – a parliamentarian – a position that should come with respect for fellow MPs no matter which school they came from.

This may sound like an idealistic pipe dream, but one day I hope to see a Singapore where people are primarily judged based on their character and personal achievements.

Where they studied in days of yore should be a mere footnote for biographers.

Till then, let’s strive to respect everybody equally.