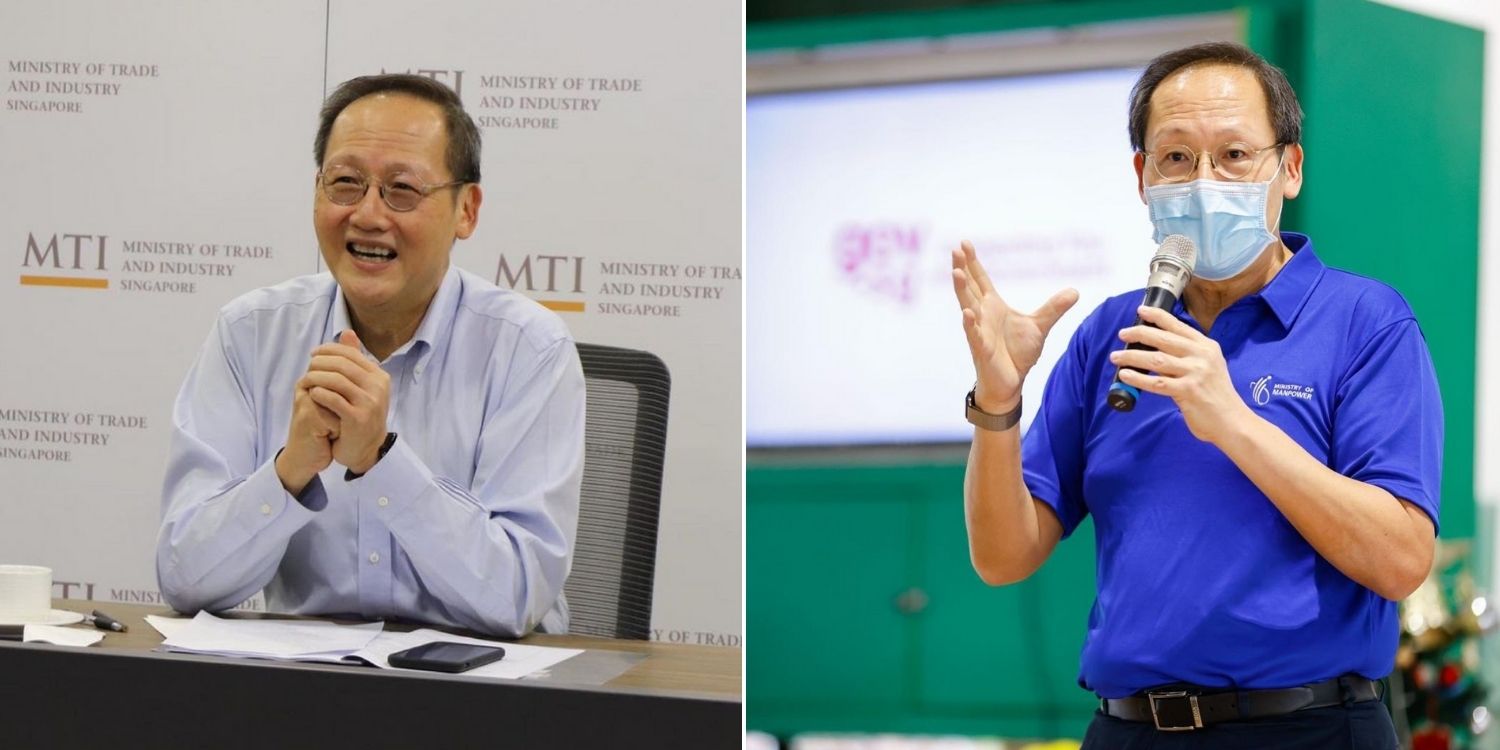 Dr Tan See Leng has enjoyed a quick rise in politics, becoming a Minister in less than a year after he was first elected in Marine Parade GRC during GE2020.

While the former CEO has volunteered at the grassroots level before, it wasn’t until MParader Goh Chok Tong approached him to join politics that he made his debut in public office.

Since GE2020, Dr Tan has already become the Manpower Minister, dealing with the fall-out of the Covid-19 pandemic where jobs are at stake every day.

His humble beginnings at Monk’s Hill became topical after a hot mic in Parliament captured a private conversation that went viral.

Here are 8 facts about the man who gave up an Oxbridge scholarship to pursue medicine at NUS, and then become a CEO and Minister.

1. Studied medicine as he wanted to treat parents’ illnesses

Dr Tan grew up with his bus timekeeper father and his mother, a homemaker who also did odd jobs.

Because both of them were busy with work, he was fostered out to a Cantonese-speaking nanny until he was around 5-6 years old, according to an interview he did with The Peak.

His parents would see him at night and he’d stay with them on weekends in a rented Toa Payoh flat.

But after his mum fell ill in 1981, Dr Tan gave up a scholarship that would’ve let him study at Oxford or Cambridge to go to medical school at the National University of Singapore (NUS).

I switched from humanities to pure science. I thought I could treat my parents one day.

Prior to that, he had attended Monk’s Hill Primary and Secondary schools, before making his way to National Junior College.

Dr Tan would go on to obtain 2 Master’s degrees later, in Family Medicine (1998) and an MBA from the University of Chicago Booth School of Business (2004).

Maybe it’s not out of the question for Dr Tan to get a humanities degree sometime.

As such, to get himself through school, Dr Tan had to give tuition to JC students in:

He earned about $800 to over $1,000 monthly, which helped fund books and even a stethoscope.

3. Owns 2 dogs, including a cute corgi & a maltipoo

Corgis are irresistible beings of fluffy doom, as anyone who’s ever laid their eyes on one can attest.

Dr Tan has one such chonk, named Duke.

Accompanying Duke is his sister, a maltipoo named Truffles. 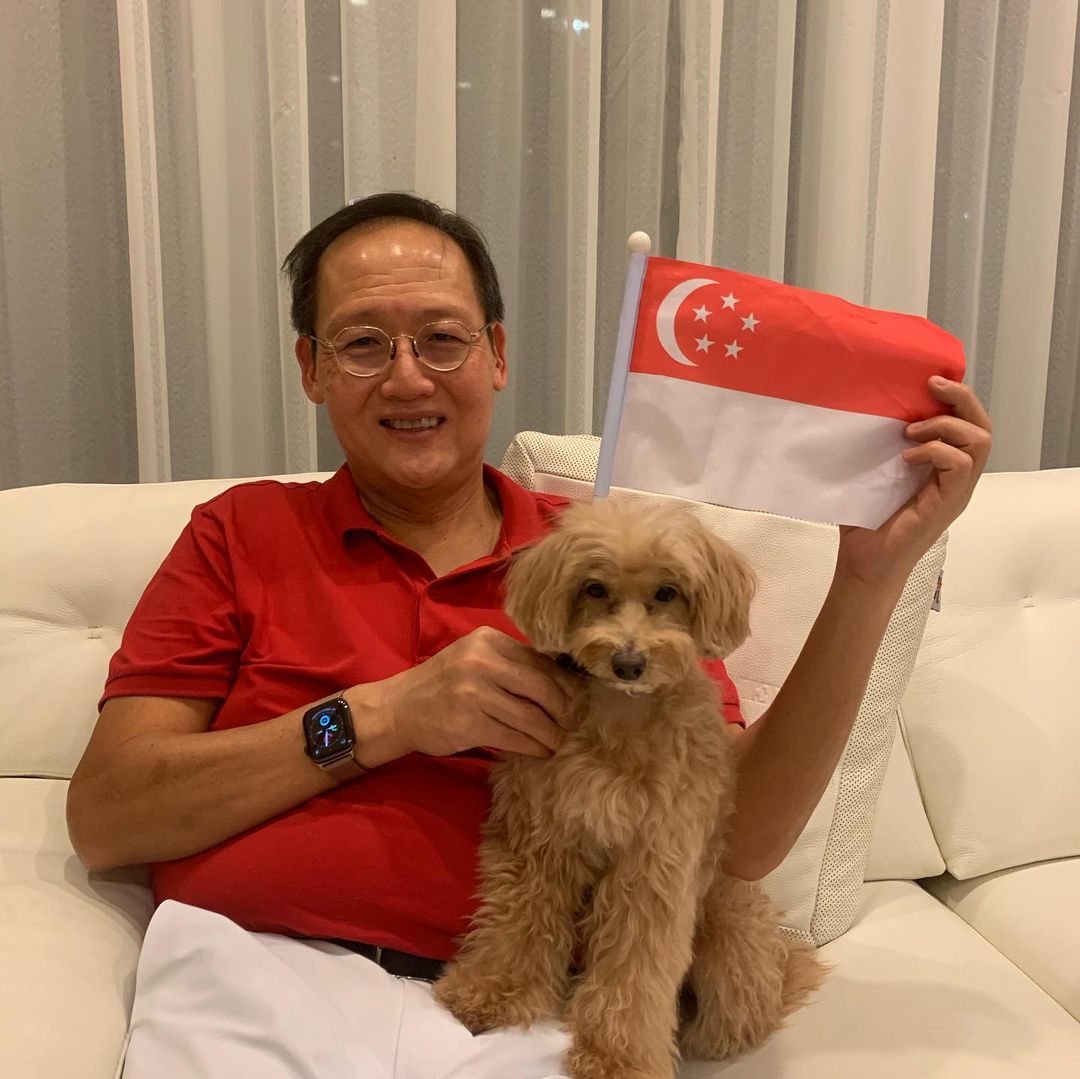 Dr Tan probably doesn’t need to pick between Duke or Truffles when he can have the best of both worlds.

Medicine is a lucrative field for sure, but Dr Tan felt a stronger pull in entrepreneurship than in merely treating patients — not that he didn’t do the latter.

He believed in himself to the extent of breaking his Ministry of Health (MOH) bond to start Healthway, which entailed starting up clinics dotted around Singapore.

Despite Dr Tan’s lack of finance background, he secured the capital needed and set up clinics on 2 principles:

Even though some clinics failed, many of them became successful, and when he and his partners sold Healthway to another group, he became a millionaire.

No surprise then that he would be headhunted to become the CEO of Parkway later.

5. Mentored by Goh Chok Tong to take over Marine Parade

Dr Tan has some experience volunteering in the grassroots in the 1990s, serving under former Foreign Affairs Minister George Yeo in Kembangan, according to Channel NewsAsia (CNA).

But it wasn’t until he stepped down as IHH Healthcare director and CEO in end-2019 that Mr Goh Chok Tong approached him to join politics. 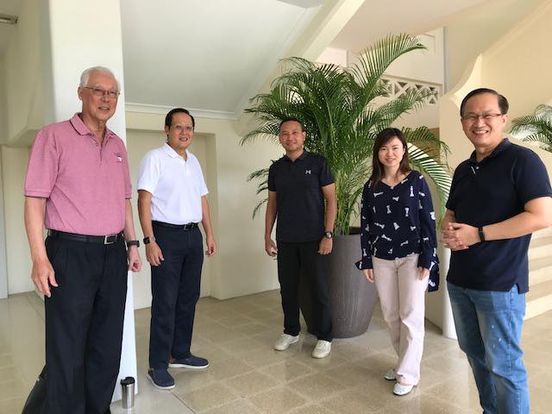 It perhaps seemed the perfect time for a transition into the public eye since Dr Tan had retired from the private sector.

I guess when he heard about my retirement, ESM Goh reached out and said ‘Why don’t you help me since you’re prepared to volunteer?’ And of course, I willingly agreed.

The grassroots work under Mr Goh then commenced, with Dr Tan appearing not only in several Facebook posts but also while they made their rounds around Marine Parade.

And the rest is history, despite the Marine Parade GRC team facing its first election without the stalwart ex-prime minister, who stepped down a month earlier.

6. As CEO, used to take frontline staff out for tea to understand hospital

Hospital administration requires getting everything right, especially when your clients are high-flyers like at Parkway.

When Dr Tan was the group CEO of Parkway, he would reportedly take frontliners like cleaners and nurses out to tea at Mandarin Gallery to learn more about the ground.

He felt that these sessions, which would last 2 hours, gave him valuable insights into how Mount Elizabeth hospital really functioned and how to improve it.

One line was particularly telling in perhaps prophecising his future as an MP and Minister:

I try to get in touch with my grassroots because they are our unsung heroes.

It does go to show the humility that Dr Tan had in getting direct feedback from the ground.

Since he had the know-how, he volunteered to help oversee the active testing of residents.

It’s certainly useful for an MP who can also assist with medical efforts in the neighbourhood.

Outside of his work, Dr Tan is a keen singer, having grown up with Cantonese artists despite being Teochew.

His singing ability was put on full display in Jun when he appeared on the Getai Fun Night e-Getai Show.

He also apparently enjoys the occasional workout, cooking, and going for a drive.

From humble beginnings to Minister

Dr Tan’s rise is not atypical of several others who lived through the turbulent post-independence period.

While there was a lot of hardship and poverty, there were also opportunities as long as one worked hard.

And clearly Dr Tan had business acumen. However, he led through engaging directly with his frontliners and now has to help direct an economy out of the Covid-19 pandemic.

Probably not what he envisioned as a student at Monk’s Hill, but he seems game for the challenge — Dr Tan is living proof that the school he graduated from is secondary to his willingness to serve.