The community pantry is open 2 days a week.

While most of us were stuck at home during the pandemic, some individuals struggled to find shelter. Thankfully, charitable organisations have been looking out for them, including Assyakirin Mosque in Jurong. 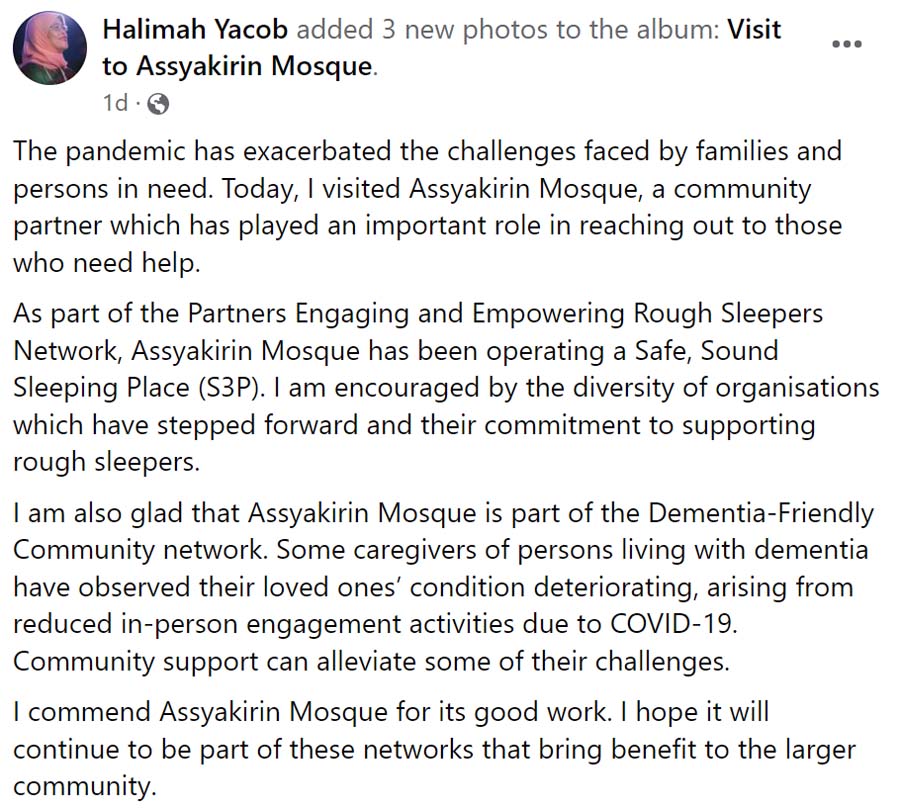 She commended them for their good work and hoped that their efforts will help better the community. 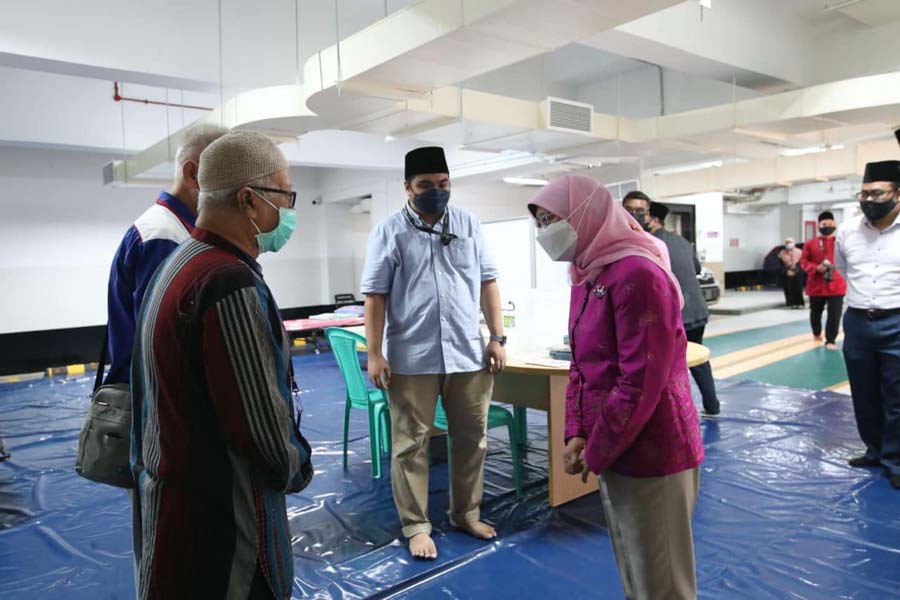 She also listened to the stories of homeless individuals who rely on the mosque for basic shelter.

Recognising the mosque’s importance, she acknowledged their role in supporting rough sleepers with complex needs.

Has a free community pantry for anyone in need

Beyond just rough sleepers, Assyakirin Mosque has also opened up a free pantry for anyone in need. 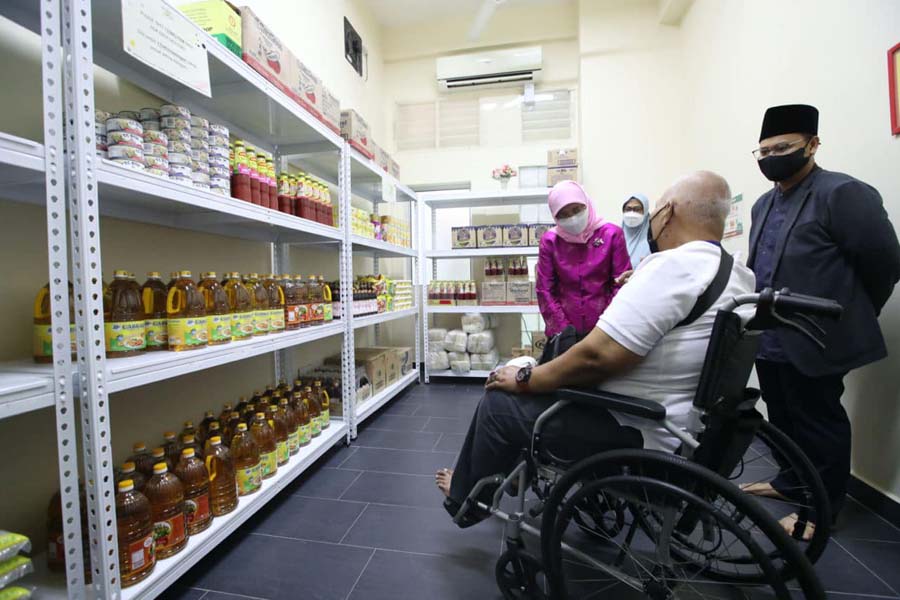 Since its launch in 2019, the pantry has offered food to 3,000 beneficiaries, noted The Straits Times (ST).

The pantry opens on Mondays and Thursdays, from 10am-12pm and 2pm-4pm.

Part of a dementia-friendly community network

Assyakirin Mosque’s efforts extend to people living with dementia and their caregivers too.

They’re thus working with the Agency for Integrated Care (AIC) as part of the Dementia-Friendly Community network. 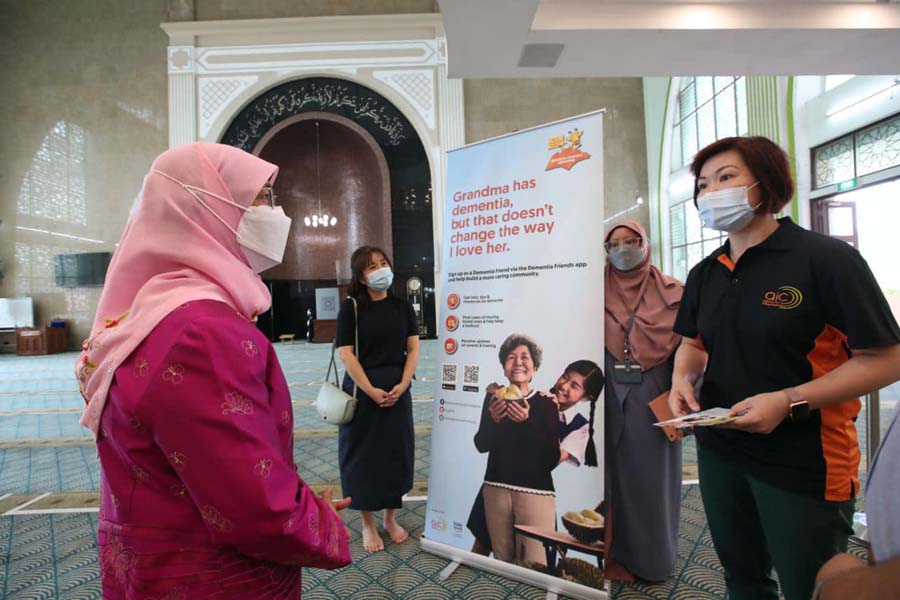 The AIC connects with caregivers and seniors to help them live well through quality care.

Here are more details about the mosque:

Kudos to Assyakirin Mosque for helping the community

Times have been tough due to the pandemic. While some may continue to face challenges, we’re glad to know that help is available.

Kudos to Assyakirin Mosque for ensuring that vulnerable people have a place to stay.

We hope that they’ll be able to continue their kind initiatives.