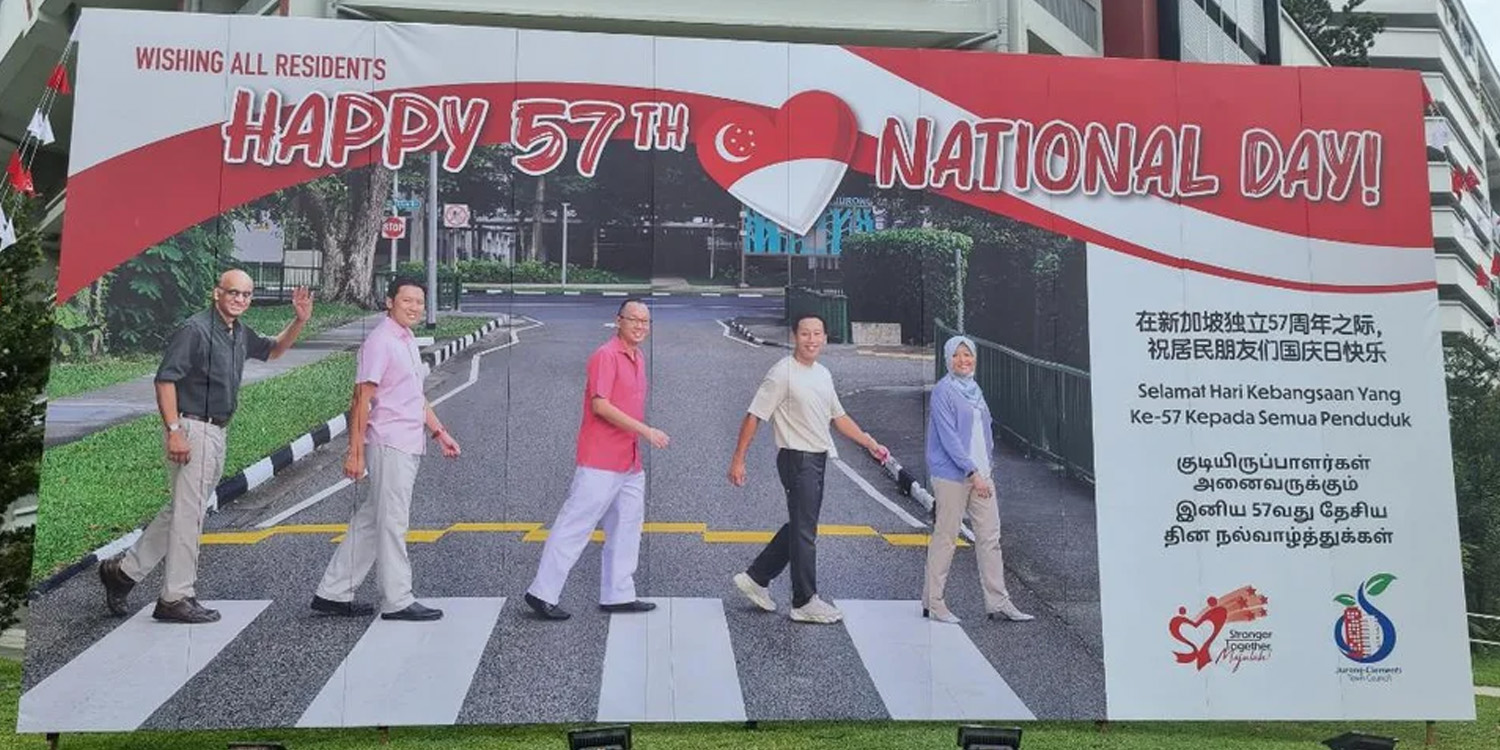 Maybe the crossing will become a popular attraction soon.

Whenever the month of August swings around, National Day banners become a standard feature in many neighbourhoods, displaying the Singapore flag colours and other patriotic designs.

But in Jurong GRC, the Members of Parliament (MPs) have been known to take creative approaches to their banners.

This year is no different, with the banner showing all five MPs along a zebra crossing in Jurong, as though they were in the midst of crossing the road. 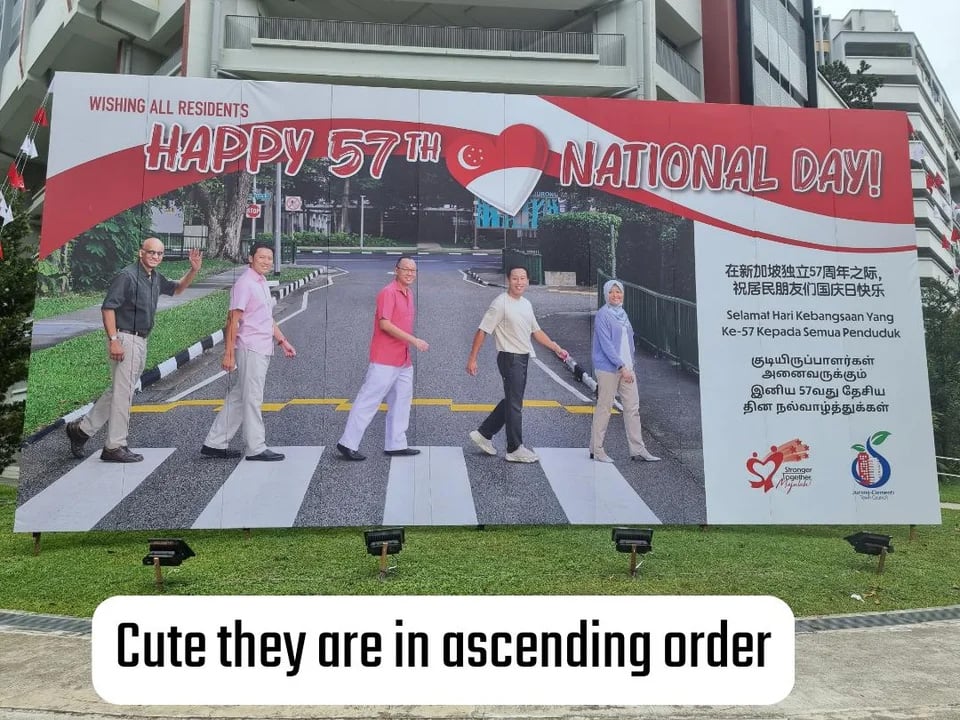 Older folks and music fans would have found the pose familiar, especially if you’ve heard of the British band The Beatles. More specifically, the banner looks a lot like their iconic Abbey Road album cover, which many netizens have pointed out.

As our nation’s 57th birthday draws closer, some folks in Jurong have spotted a unique poster marking the occasion in their neighbourhood.

Featuring all five Jurong MPs, the banner showed them seemingly walking along a zebra crossing in Taman Jurong Estate.

Netizens couldn’t help but notice that they were standing in ascending order of height, with Senior Minister Tharman at the back and Senior Parliamentary Secretary for Health and Law Rahayu Mahzam in front.

Turns out, MP Xie Yao Quan had given us behind-the-scene exclusives of the shot, via a Facebook post on Tuesday (2 Aug). 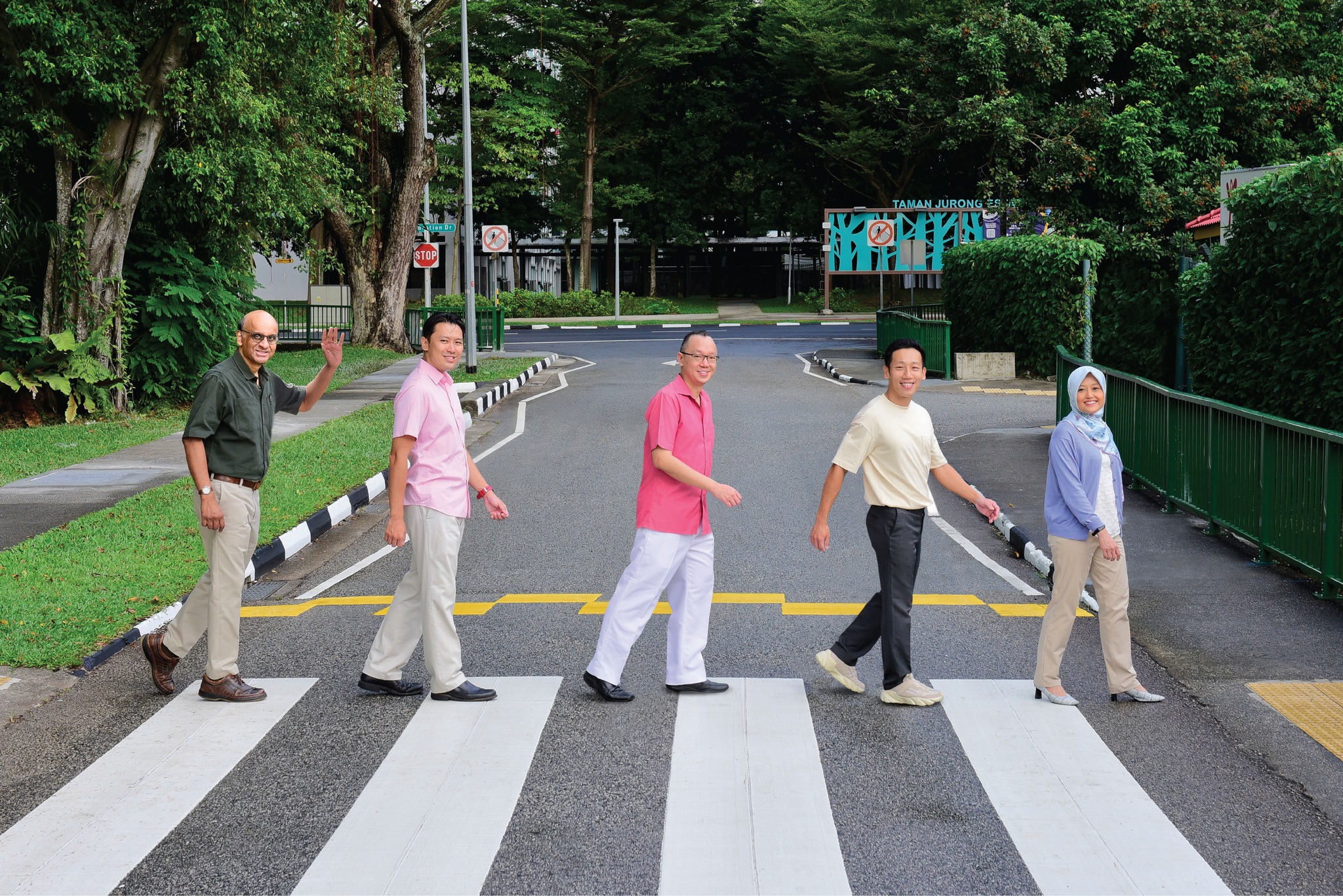 The shot was taken along Hu Ching Road, in case you were wondering.

A picture of the National Day banner was later posted on the Singapore Subreddit, prompting a number of users to point out that it’s likely a subtle nod to The Beatles’ iconic “Abbey Road” album. 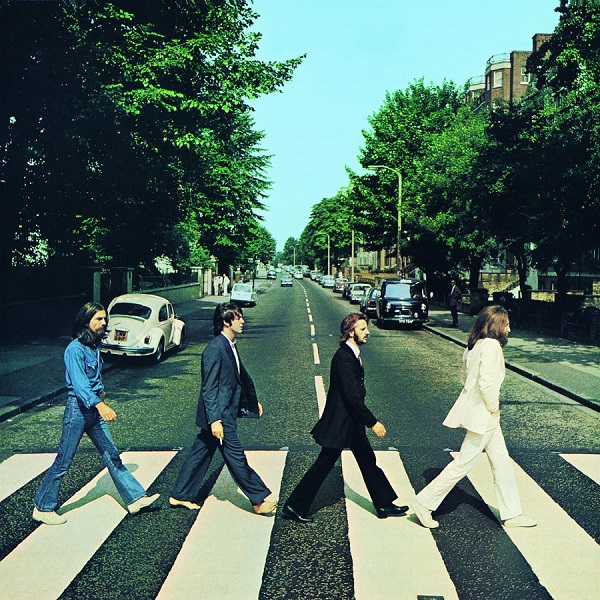 This user joked that the banner should be named “Jalan Abbey”, like The Beatles’ original album name, but with a local flavour.

Others also pointed out interesting differences between the banner and the actual album. 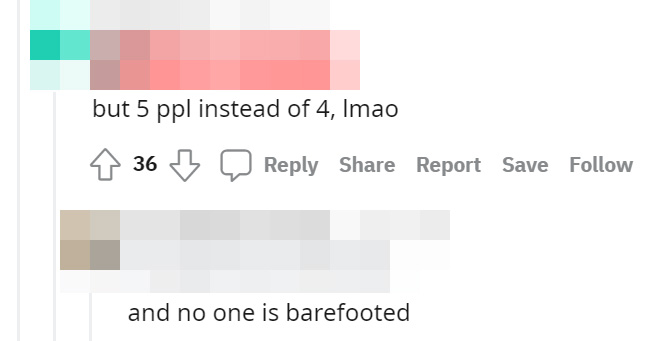 This user hilariously suggested that the crossing in Jurong might soon turn into a famous attraction.

This isn’t the first time that the Jurong GRC MPs have featured music album-worthy shots for their National Day banners.

Their creative takes started in 2020 when the banner featured a selfie of the five-man team in what looks to be a lalang field.

In 2021, the National Day banner featured a picture of the MPs in similar poses. This time, however, they had HDB blocks as their backdrop. 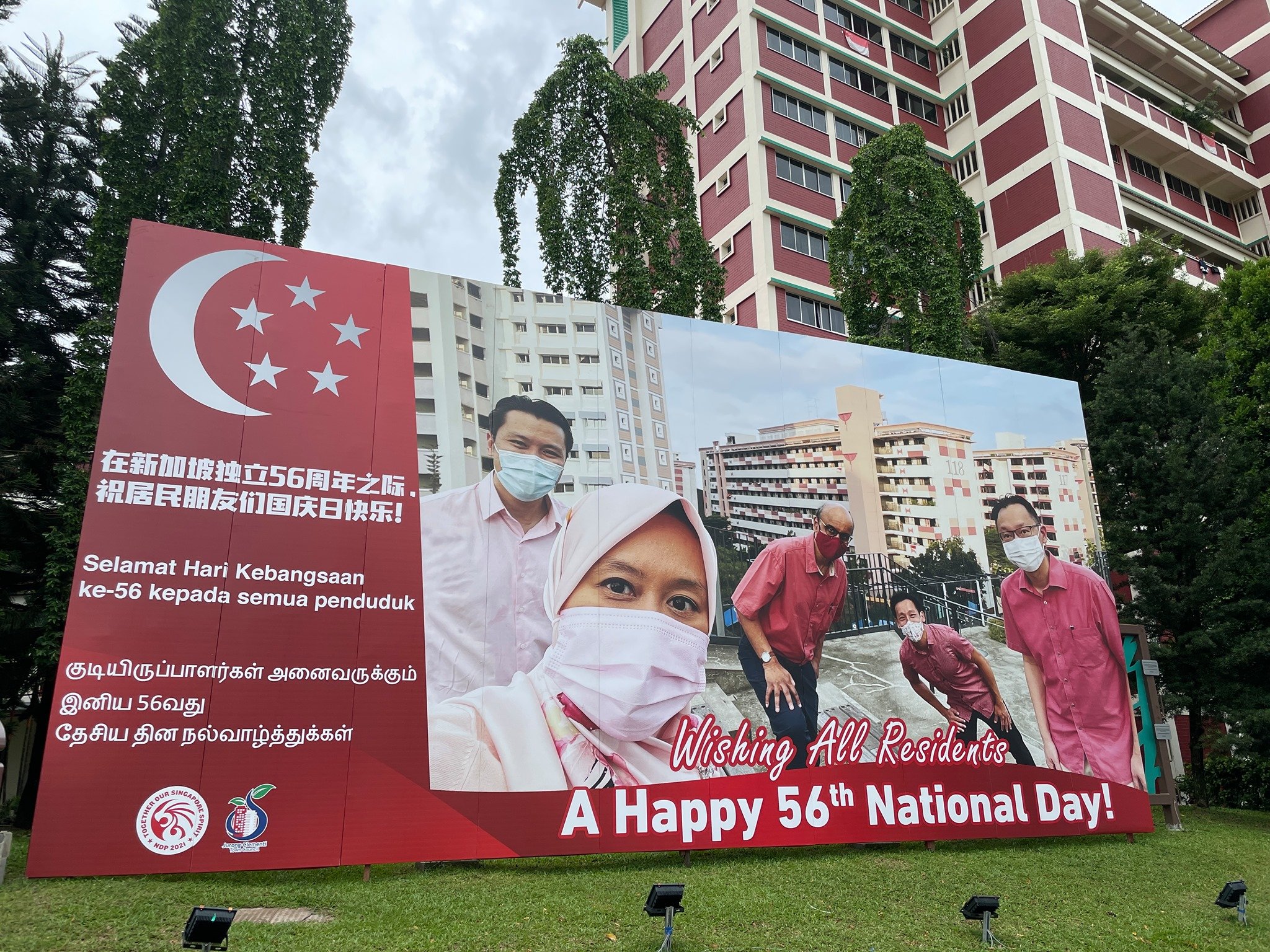 With their latest attempt probably the most amusing thus far, we’re sure everyone’s raring to see their next one.

Celebratory banners often show our leaders in rather formal and professional poses.

What the Jurong GRC MPs have done is thus a refreshing take on the annual affair, surely putting a smile on everyone’s faces.

Let’s hope their next attempt will be just as creative and memorable. Kudos to the Jurong GRC team for their effort.