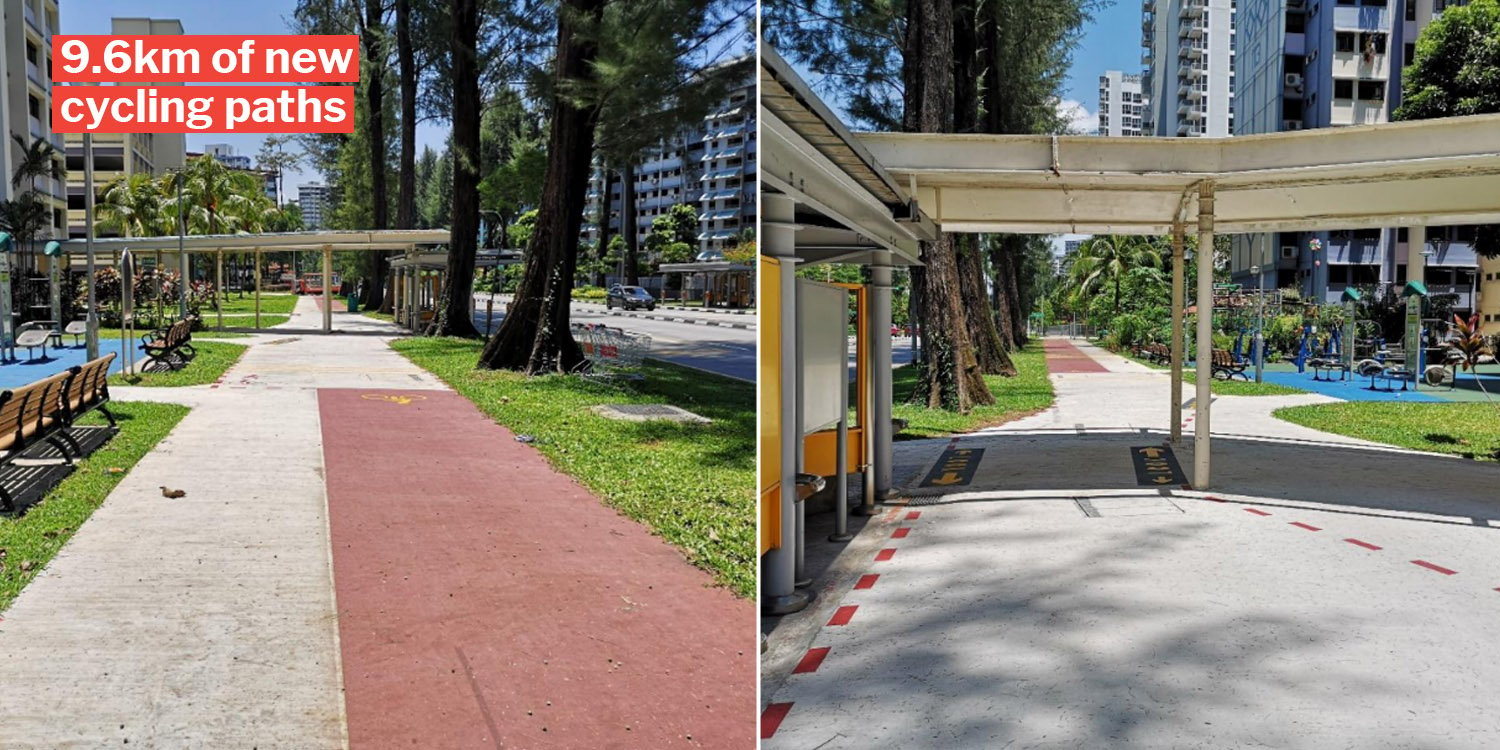 The cycling paths in Tampines will be ready in the coming months.

Given the limited travel options during the Covid-19 pandemic, cycling has become a popular pastime for many Singaporeans.

That said, the activity comes with its share of risks which, in some cases, can be mitigated through improved infrastructure.

On Saturday (30 Oct), the Land Transport Authority (LTA) launched 5.6km of cycling paths in Taman Jurong and announced plans to add another 4km in Tampines. 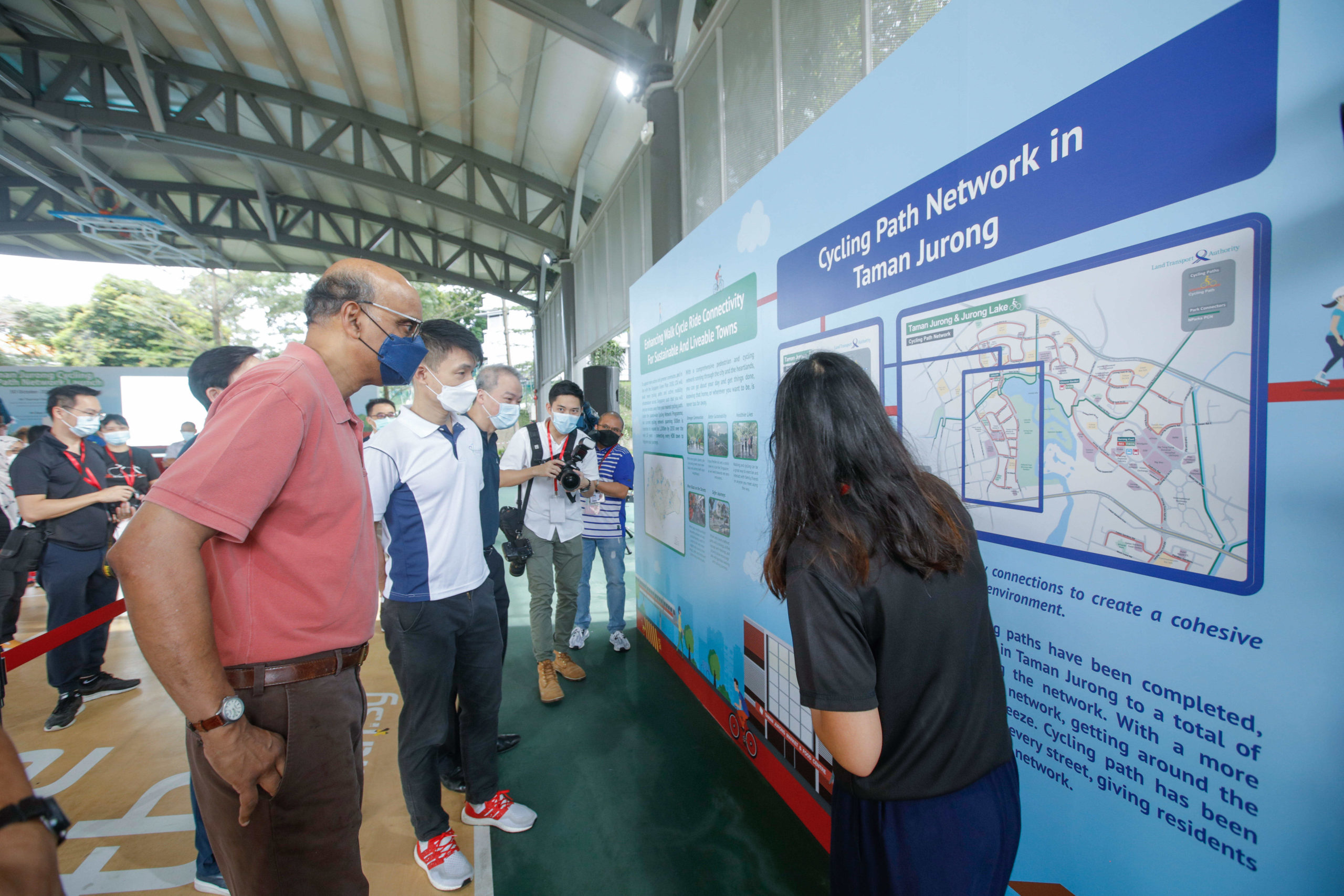 These paths will allow residents of both estates to ride more safely and with greater convenience.

With the new 5.6km of cycling paths in Taman Jurong, riders will be able to look forward to such dedicated pathways along almost every main road of the estate.

In total, LTA has set up 10km of such paths in Taman Jurong.

The new paths, marked in blue and white, will complement existing ones to link major transport nodes, schools, and amenities. 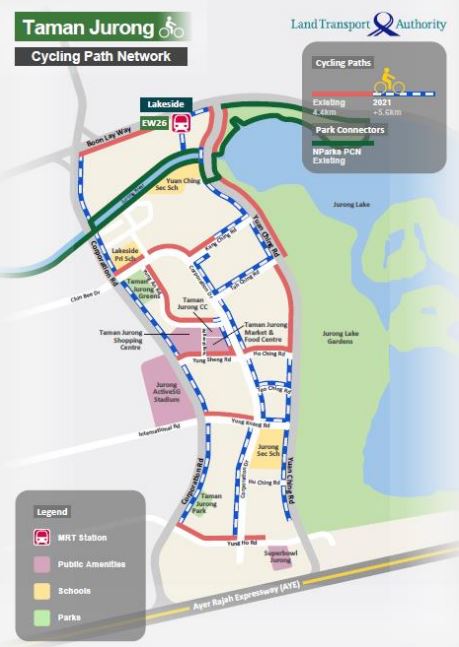 The paths are also connected to the cycling routes and park connectors at Jurong Lake District.

With their bikes and helmets, cyclists can now paddle their way to amenities in Jurong East within just 30 minutes.

Improvements made to existing paths

In the process of adding these new paths, the authorities have converted open drains to covered box drains that cyclists can ride on.

‘Bypass paths’ were also added behind bus stops to promote safer interactions between cyclists and pedestrians.

Additionally, improvements were made to older cycling paths. Now painted red, users will have an easier time distinguishing between footpaths and cycling paths.

Over the coming months, residents of Tampines can also look forward to 4km of new cycling paths in their estate. 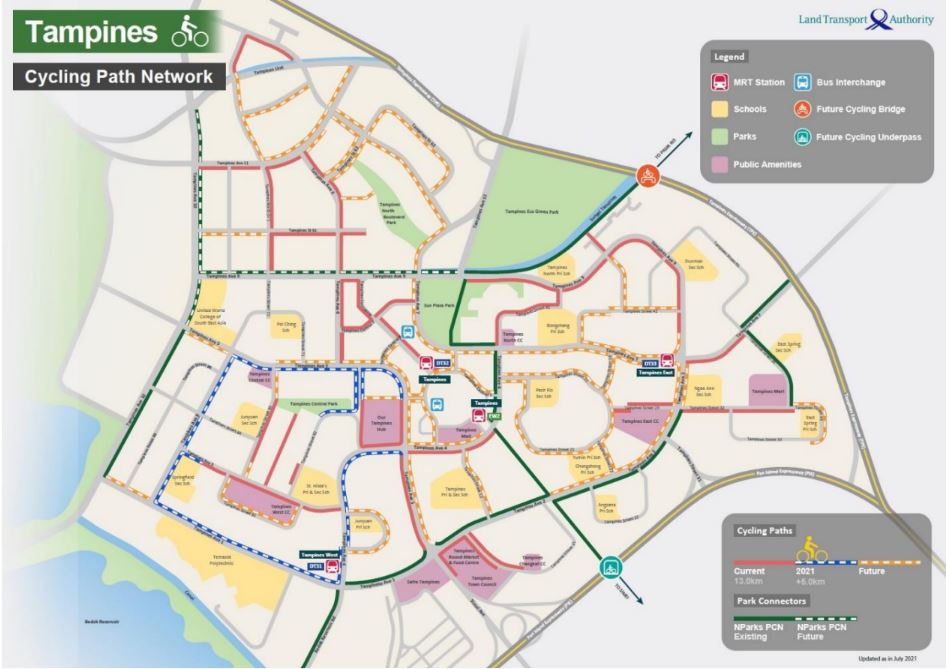 According to LTA, the new paths will connect residents to key amenities like Tampines West MRT Station, Our Tampines Hub, and Tampines Central Park.

With the new paths in Jurong and Tampines, Singapore’s cycling network will be extended to 500km.

To put this into perspective, a cyclist will reportedly require about 20 hours to cover these paths.

Over the next decade, however, the authorities plan on extending the Islandwide Cycling Network to 1,300km.

We’re glad that the authorities are extending our country’s cycling network as the sport and hobby grow in popularity.

Hopefully, this will give cyclists better peace of mind and further promote cycling as a form of sport and transport.

Know someone who might benefit from these new paths? Tag them in the comments to keep them informed.