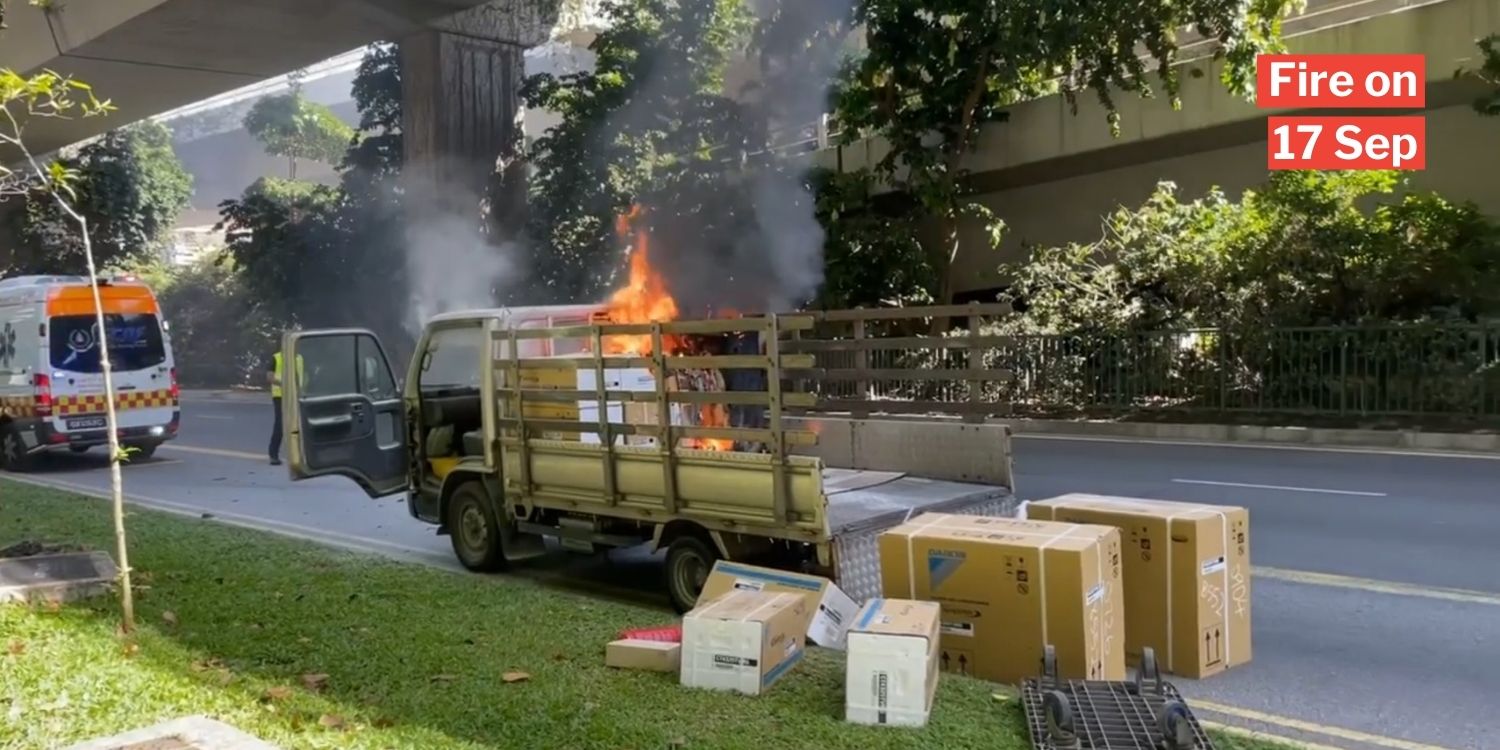 Fires can break out at any time and location. While we can always prepare for one, staying calm in the face of such adversities is a whole other matter.

Thankfully, a passer-by who witnessed the back of a truck go up in flames on Keppel Road was remained cool before stepping in to intervene.

Pulling out a fire extinguisher from his car boot, the passer-by attempted to put out the fire. However, despite exhausting 2 canisters, the embers continued to burn.

Driver tried saving goods from back of truck

According to his Facebook post, Mr Brian Ong was driving along Keppel Road on Friday (17 Sep) morning when he saw black smoke spewing from the side of the road. 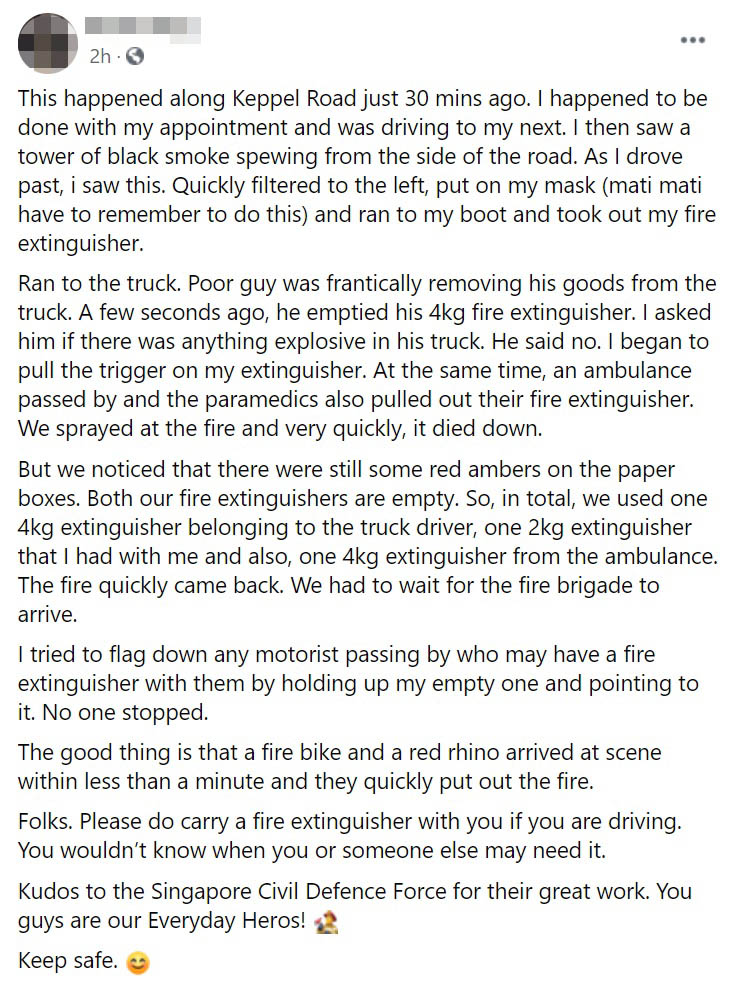 Driving closer, Mr Ong saw the back of a truck in flames. Seeing this, he stopped his vehicle and took out a fire extinguisher from his car boot.

He then ran to the truck to help the distressed driver who was apparently scrambling to salvage the goods at the back of his truck.

Allegedly, the truck driver had emptied his own 4kg fire extinguisher but was unsuccessful in putting out the fire.

Learning of this, Mr Ong promptly sprayed at the fire using his own 2kg fire extinguisher.

Coincidentally, an ambulance stopped at the scene and the paramedics joined in the efforts with their extinguishers.

Despite them exhausting 3 canisters, ambers still lingered and the fire soon returned.

Mr Ong then tried to flag down any motorists for help but was unsuccessful. Thankfully, the SCDF officers arrived soon after to put out the remaining flames.

After the experience, Mr Ong urged motorists to carry a fire extinguisher in their vehicles so they could help with such emergencies. Even if they don’t use it themselves, someone else may need it.

Kudos to the SCDF personnel for their ever-quick response to such emergency situations.

Perhaps this story could implore more motorists to carry a fire extinguisher in their vehicles.