Kids Got Into Near-Accidents At Marine Terrace & King’s Road

Many of us were taught in school that we should always raise our hands while crossing the road.

The intention behind this was to allow motorists to better notice us, so we can avoid getting involved in a road accident.

But it seems like this precautionary measure may not be working as well anymore.

Just this month, there were 2 cases where school kids nearly got run over by vehicles, despite them raising their hands while crossing the road.

Now, that’s already 2 cases too many. Here’s a quick look at what happened in both instances.

The car camera footage was shared on the Singapore Facebook group, SG Road Vigilante and received a slew of angry comments from netizens.

In the video, a boy dressed in a Ngee Ann Primary School uniform was seen attempting to cross a zebra crossing.

Even before setting foot on the crossing, the boy raised his right hand to signal his intention.

The car from which the car footage was obtained from stopped to allow the boy to cross. 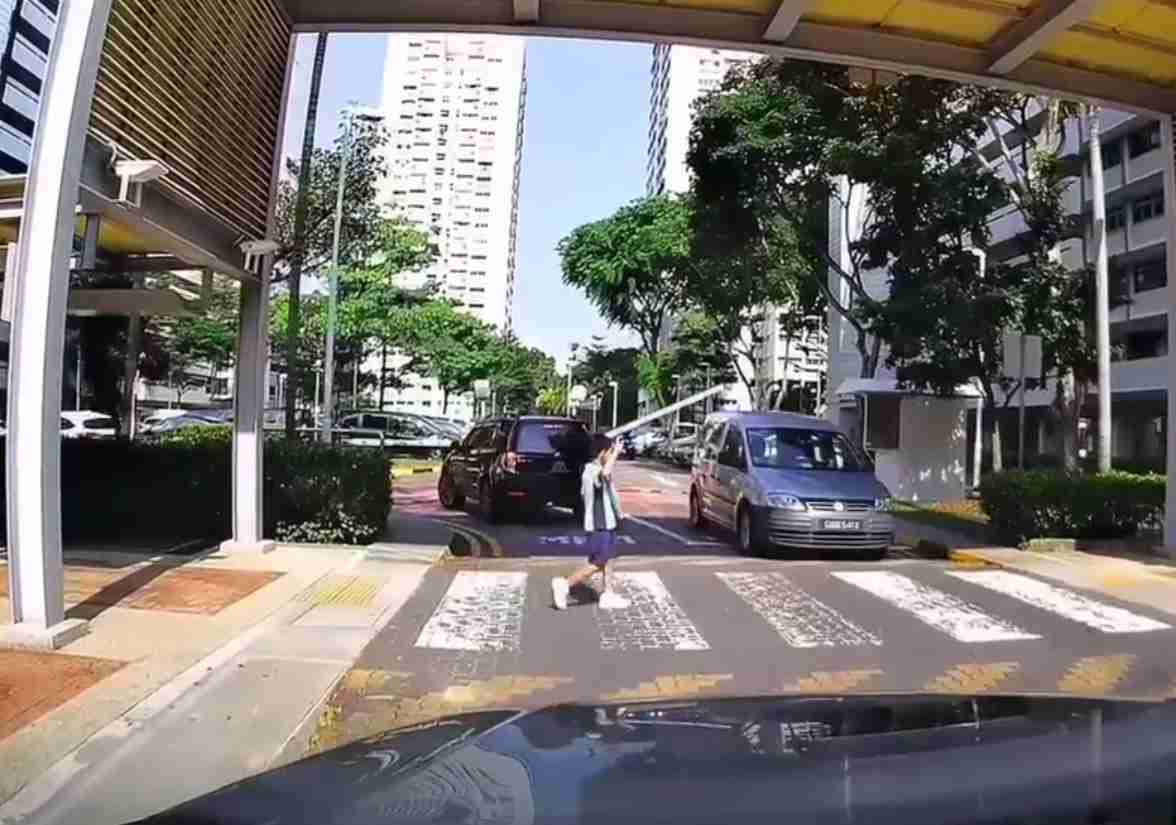 But the oncoming van from the opposite direction did no such thing.

It continued on its path, narrowly missing the boy. 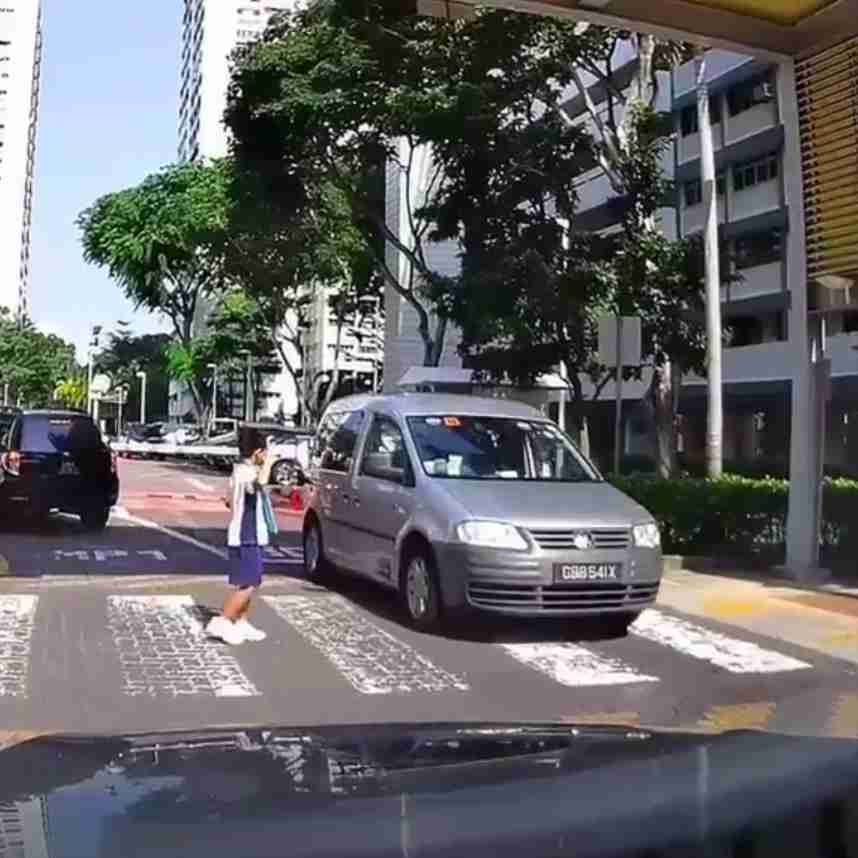 Thankfully, the boy got away unscathed, and hopefully in time for dinner at home. 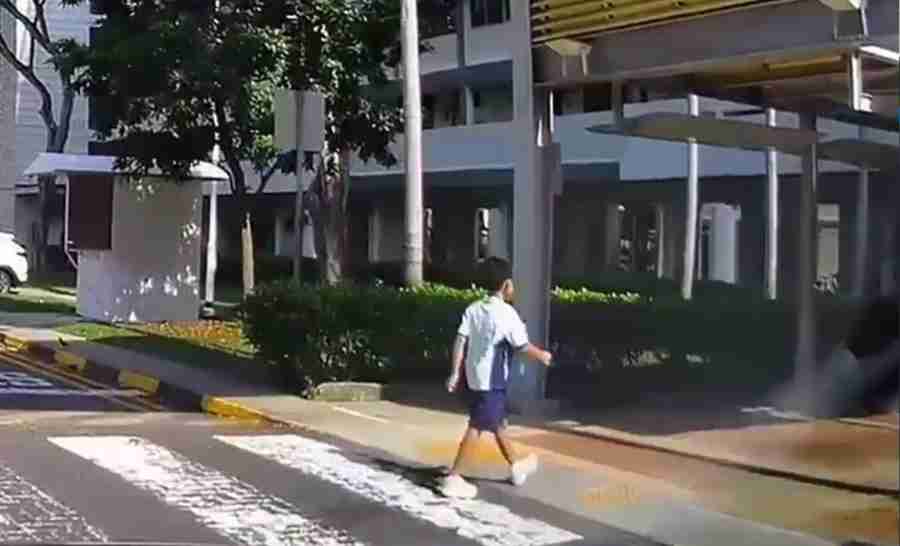 Earlier this month, another similar video involving a near-accident on 10 Sep at King’s Road made waves on social media.

The video featured 2 children from Nanyang Primary School, making their way across a zebra crossing.

You may want to skip ahead to 0:12 of the video to save time.

Like the first incident, the vehicle from which the car camera footage was captured from slowed down to allow the students to cross. 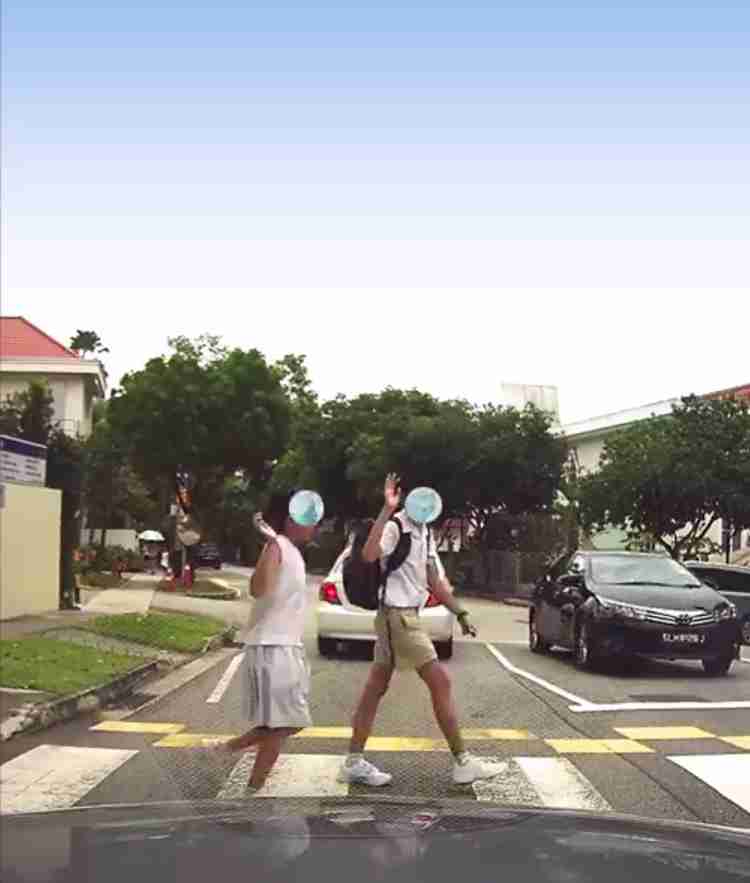 But when they were halfway past the pedestrian crossing, an incoming vehicle from the opposing direction came speeding in, narrowly missing the students once again. 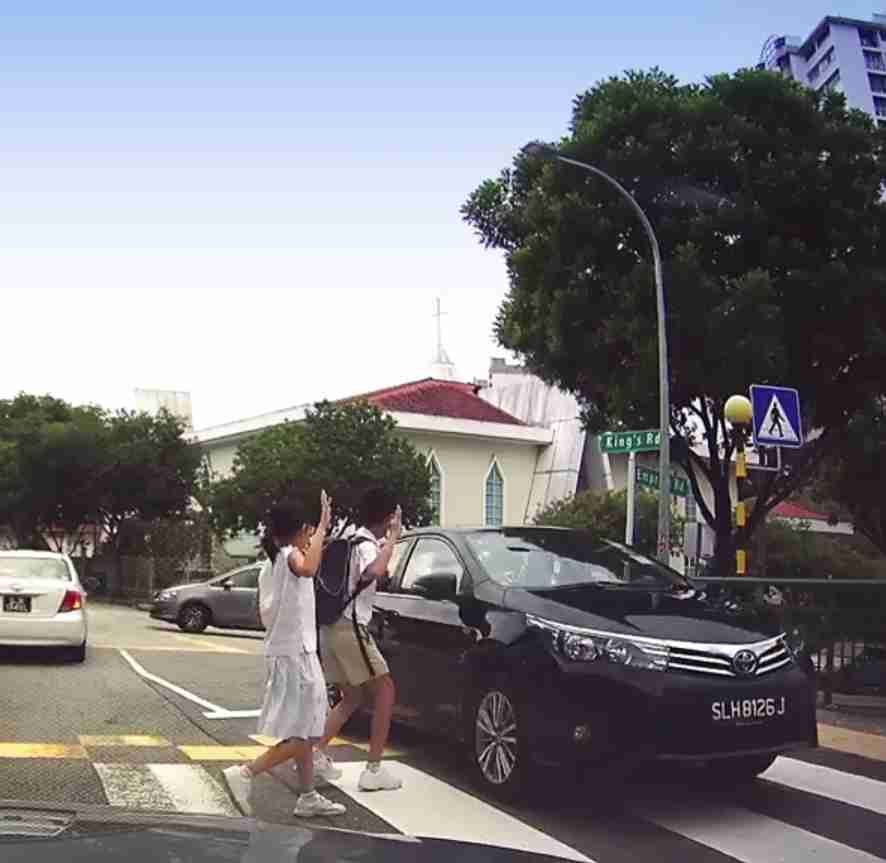 The boy was visibly stunned by the close shave, but the girl that was with him – presumably his sister – appeared impervious to the near-death experience.

She was seen here skipping away for the rest of the crossing. 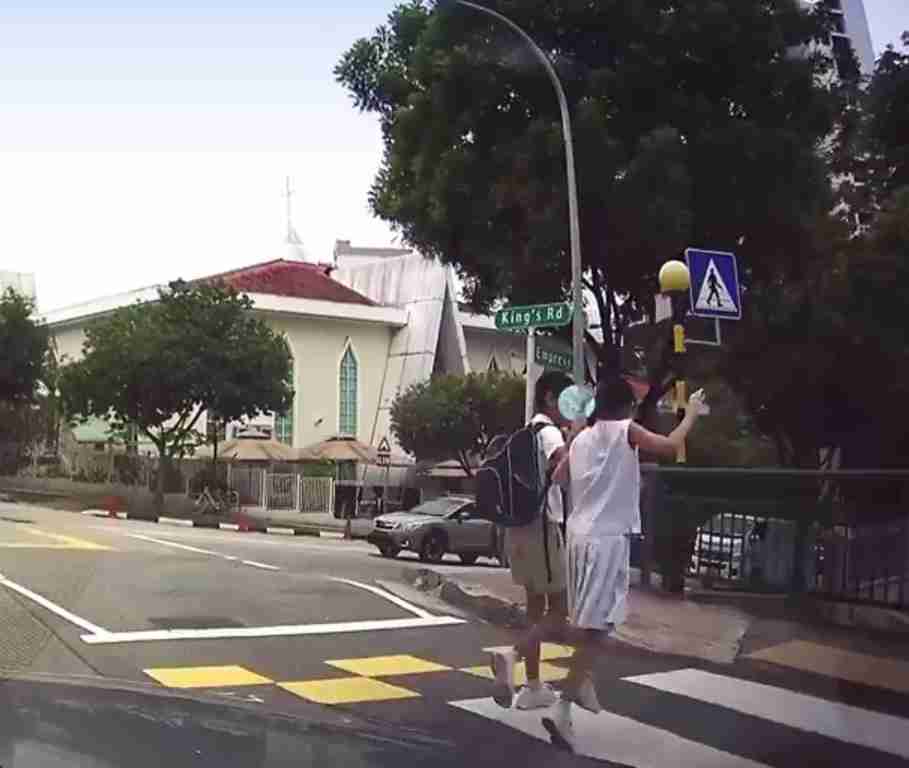 According to the Road Traffic Act, in the event where a pedestrian, cyclist or PMD rider is visibly attempting to cross the road, approaching motorists should travel at a speed which would allow them to stop before reaching the crossing.

Any motorists found flouting this rule is liable to a fine of $150 and 6 demerit points.

How can we solve this?

With these 2 cases of inconsiderate drivers who almost knocked down young pedestrians at designated crossing areas, perhaps it’s time to relook our existing traffic regulations & penalties.

Or you know, simply remind our fellow drivers to slow down upon spotting oncoming pedestrians.

If not, young and innocent lives may literally be at stake.