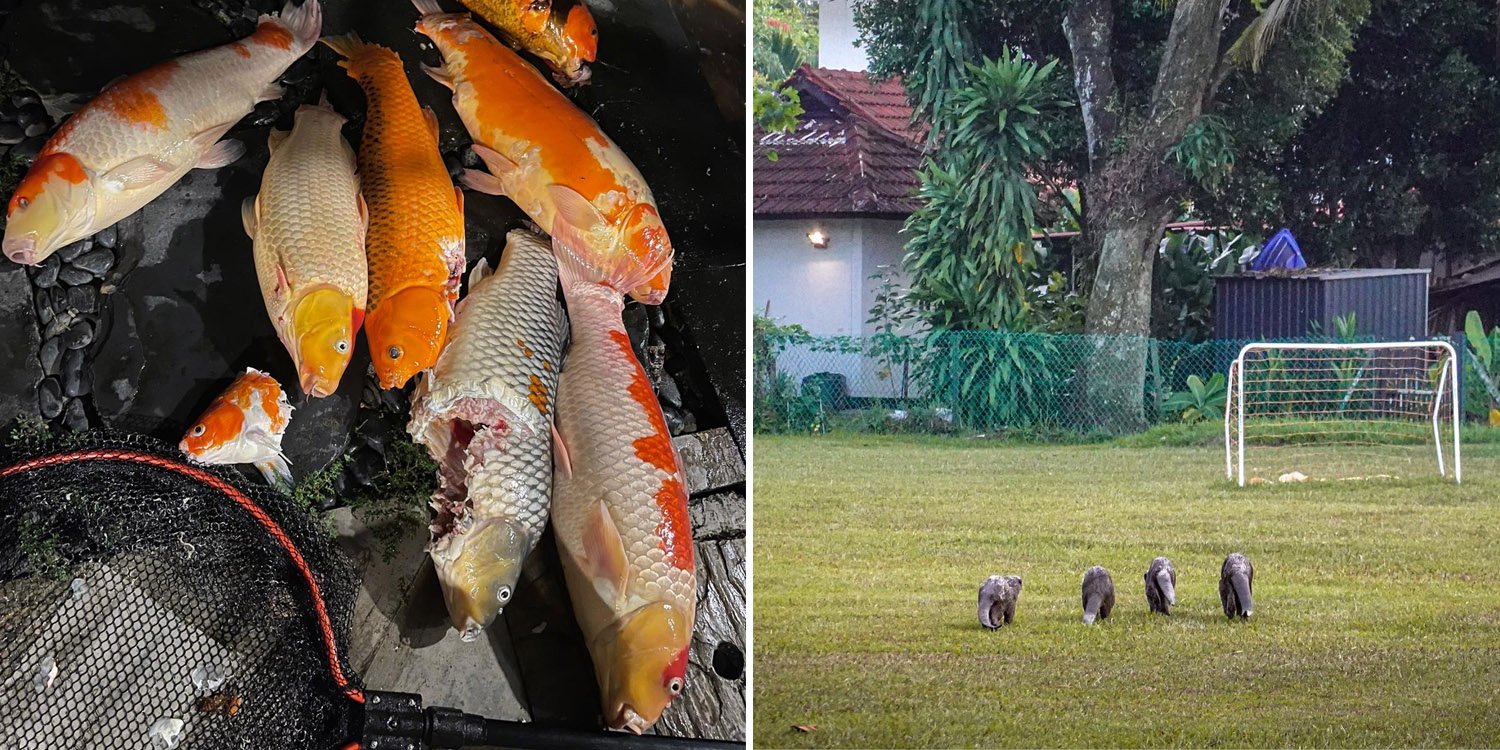 They believe it's important to coexist with the animals here.

Otters have won the hearts of Singaporeans with their adorable antics. They even became the unofficial mascot of our nation.

However, as otter sightings get increasingly common, many found that they can present significant inconveniences.

On Saturday (21 May), Facebook group Ottercity shared that a woman, who wished to be identified as Angel, was shocked to learn that otters had eaten her family’s koi fish. 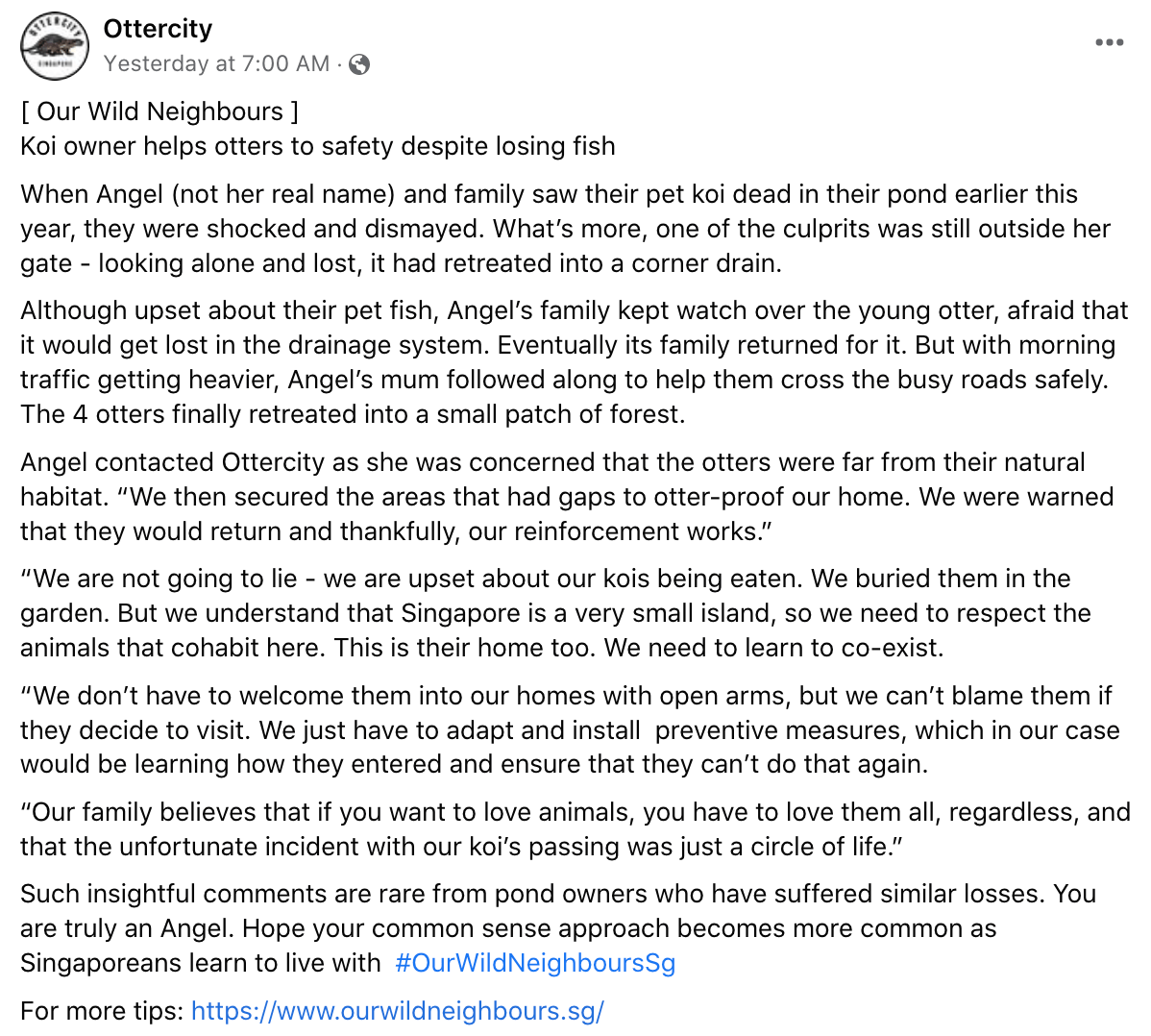 Despite feeling upset about losing their prized pets, the family understood the importance of respecting wildlife. They even helped the otters cross the busy roads to safety after the incident.

According to the post, Angel and her family were shocked and dismayed to find their pet koi fish dead in their pond. They soon spotted one of the culprits, still loitering outside their gate.

As they observed the little otter, they realised it looked lost and alone. Eventually, it retreated into a corner drain.

Although they were upset about the death of their pet fish, Angel’s family kept a close eye on the young otter.

Angel said they were worried it would get lost in the drainage system.

Thankfully, the otter’s family returned for it soon after. However, it was rush-hour traffic in the morning.

Seeing this, Angel’s mum followed the otter family and helped them across some busy roads. 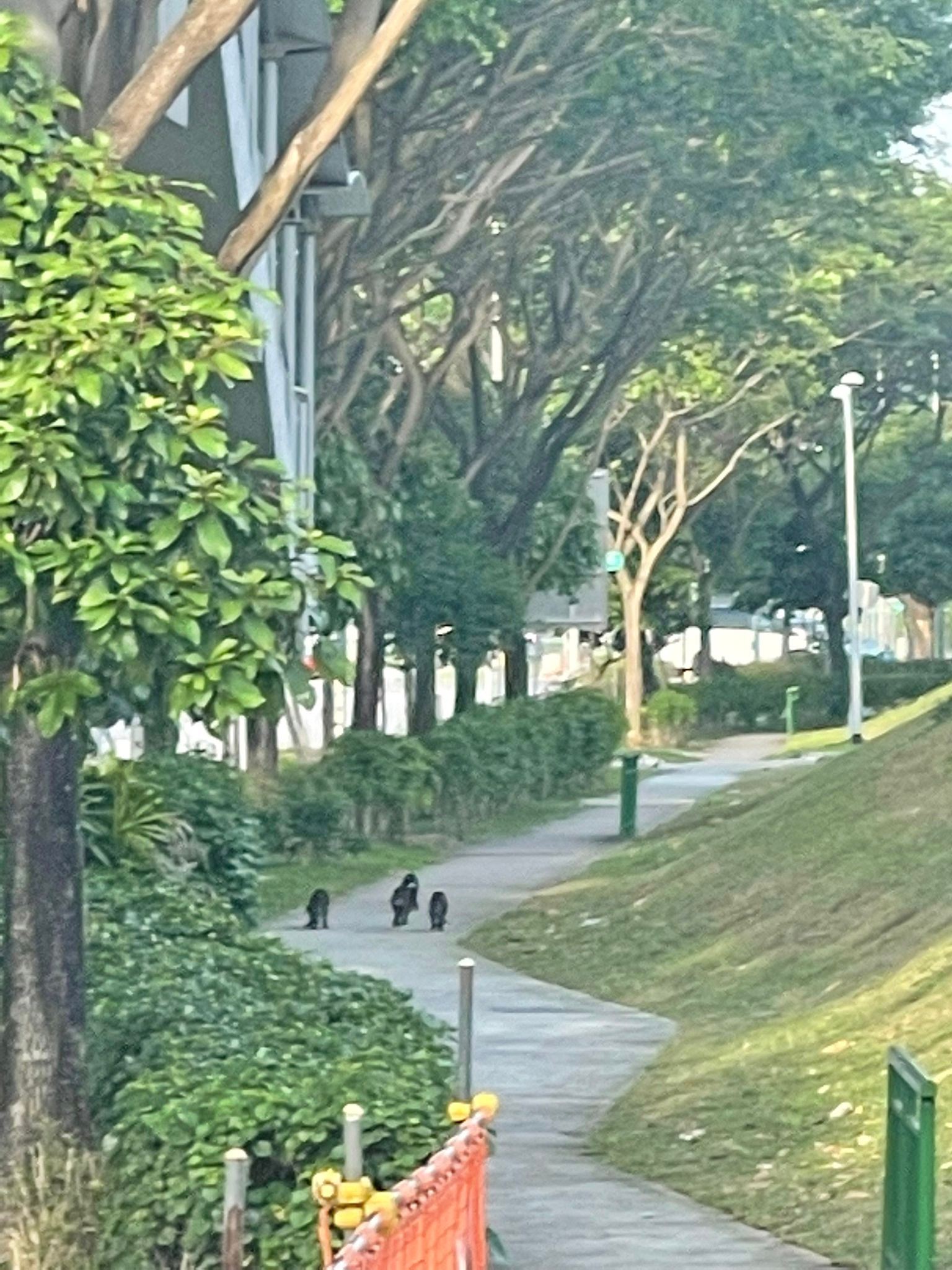 The otter family of four eventually reached safety and retreated into a small patch of forest. 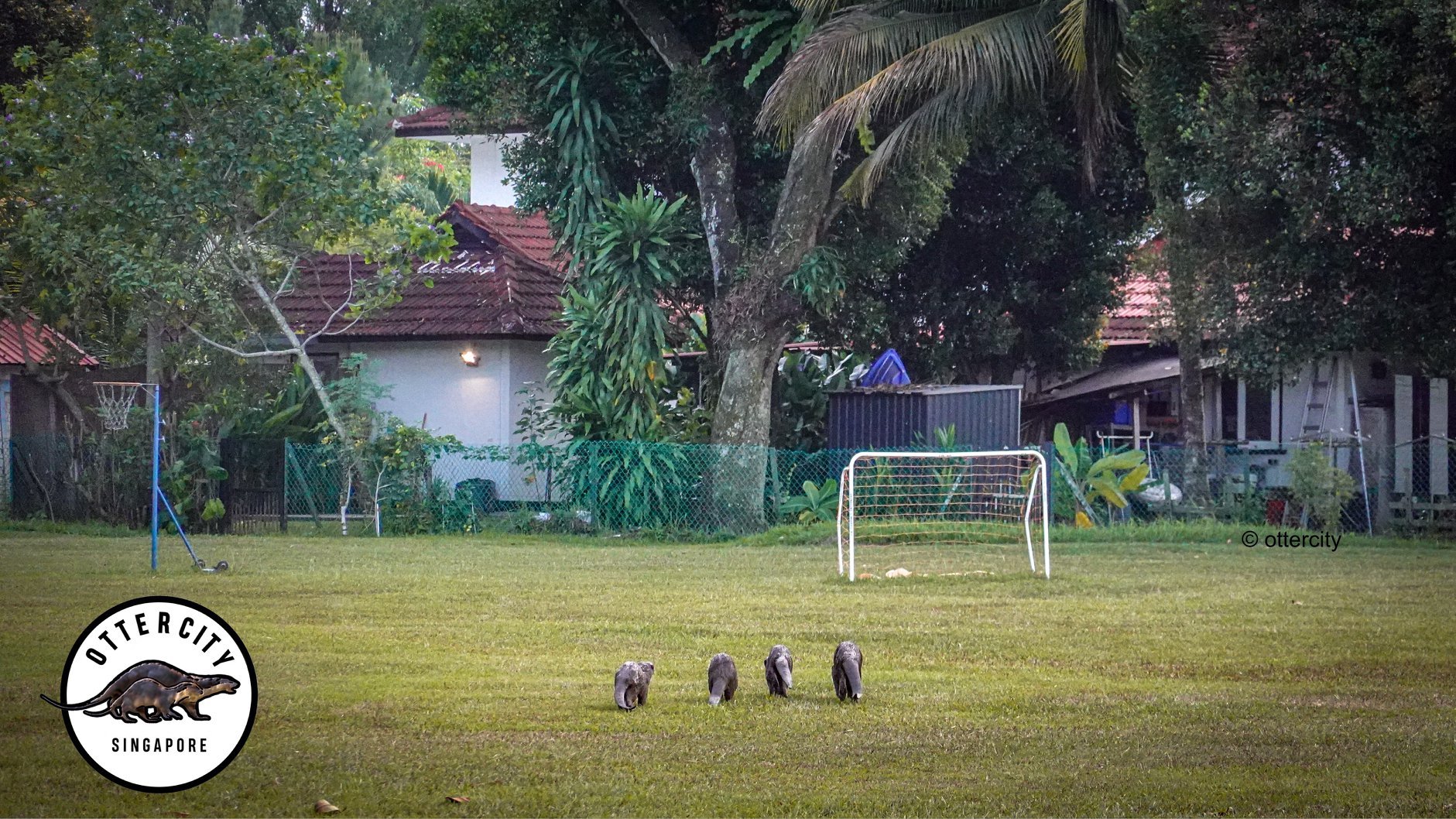 Angel shared that while her family was upset about their koi fish being eaten, they understand that Singapore is a small island and all animals should be respected.

We don’t have to welcome them into our homes with open arms, but we can’t blame them if they decide to visit.

Their family believes loving animals means loving all animals. Angel related that while the incident was unfortunate, it was part of the circle of life, and people would have to adapt and take preventive measures.

In Angel’s family’s case, they took steps to otter-proof their home, such as securing the gap below their gate that allowed the otters entry. 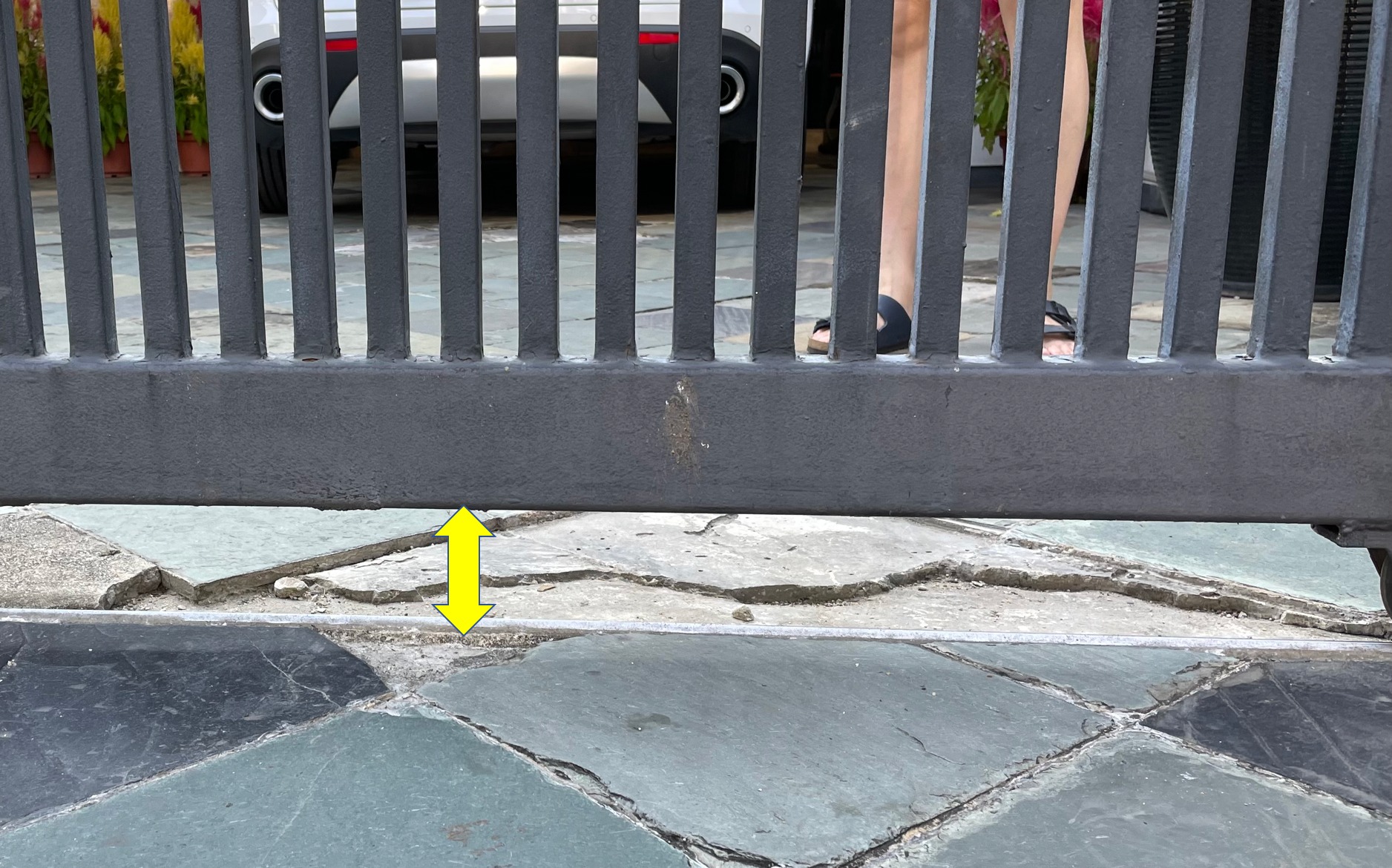 The family was warned that the otters would return. Thankfully, their reinforcement had worked the second time.

Not the first time otters invaded homes to feast on fish

This incident is certainly not the first time otters have “invaded” homes and treated themselves to residents’ pet fishes.

The National Parks Board (NParks) shared that otters are attracted to places they can find fish, and these creatures cannot differentiate between wild and pet fishes.

Oftentimes, they slip through gaps in fencing or under gates. Sometimes, they would even scale short barriers to get to a pond.

Once they gain access to a pond with fish, they will likely return.

To help residents facing such problems, NParks advised that residents identify entry points and use wire mesh or a panel to seal off gaps. 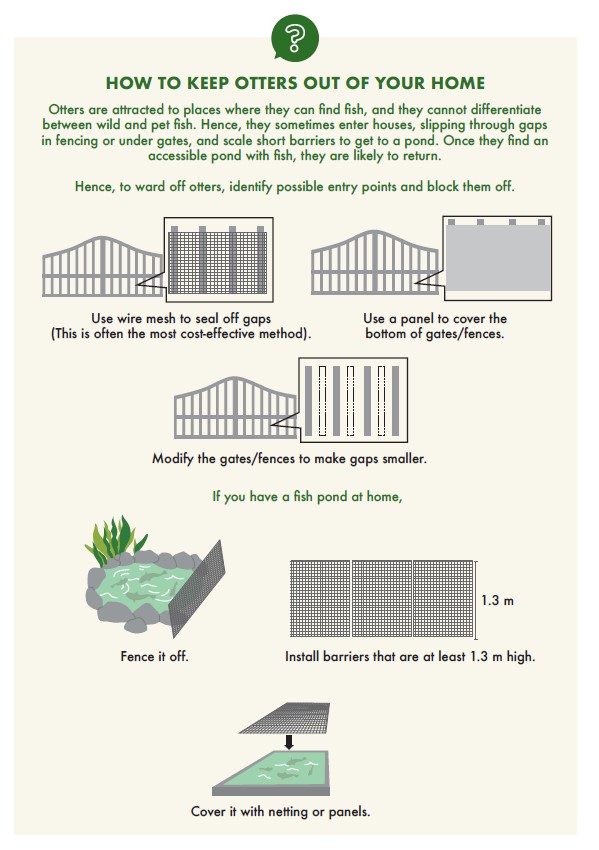 Hope their attitude inspires others

Losing a pet is always difficult, and at such times, it can be hard to stay rational.

Kudos to Angel and her family for seeing the bigger picture despite their loss.

Hopefully, their attitude will inspire others to treat all animals with respect and coexist peacefully.