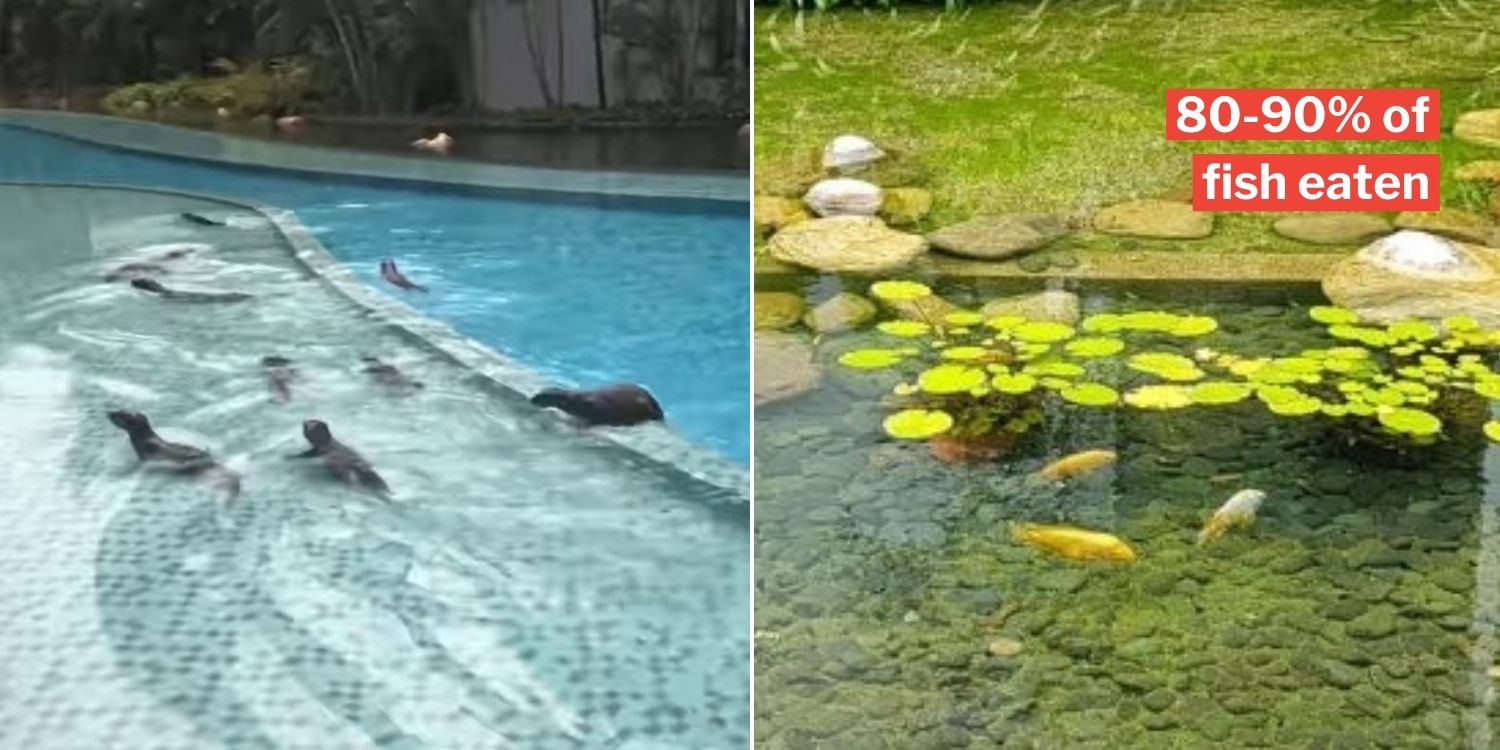 The circle of life at their doorstep.

Zouk Family Otters Swim In Pool & Eat Up Almost All The Fish In Condo’s Pond, NParks Called To The Scene

Singaporeans have generally accepted the cute otters seen running around town as our unofficial national animal.

Despite numerous otter sightings across Singapore, we can’t seem to get enough of them, and their appearance always causes excitement.

However, the residents in one condo may not have such good feelings about the creatures after they “invaded” their pool and ate almost all the fish in their pond. 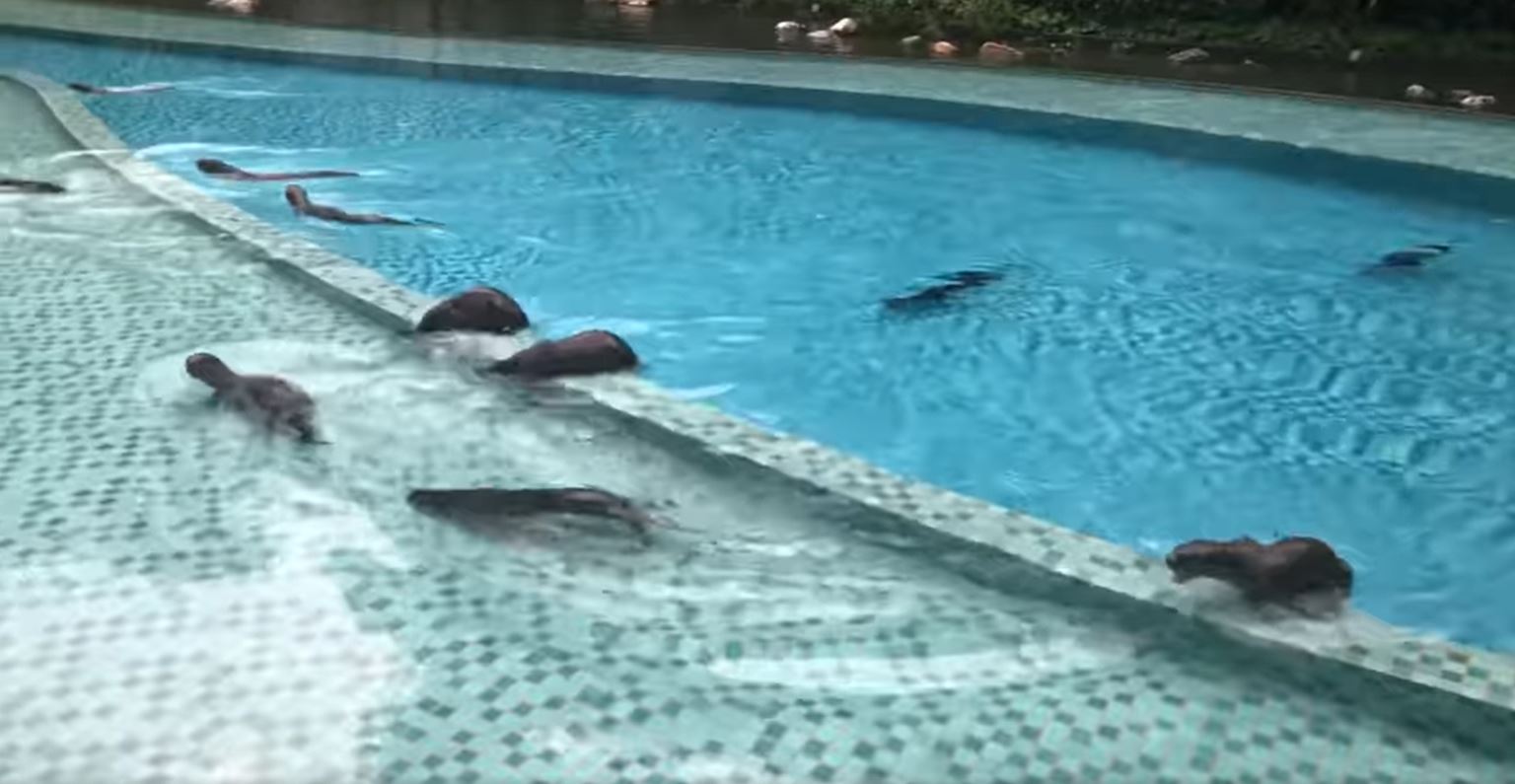 Residents have said they were sad to see the fish go as they’ve been rearing them.

The Crest condominium, located at Prince Charles Crescent off Alexandra Road, is an idyllic estate in the exclusive Tanglin area. 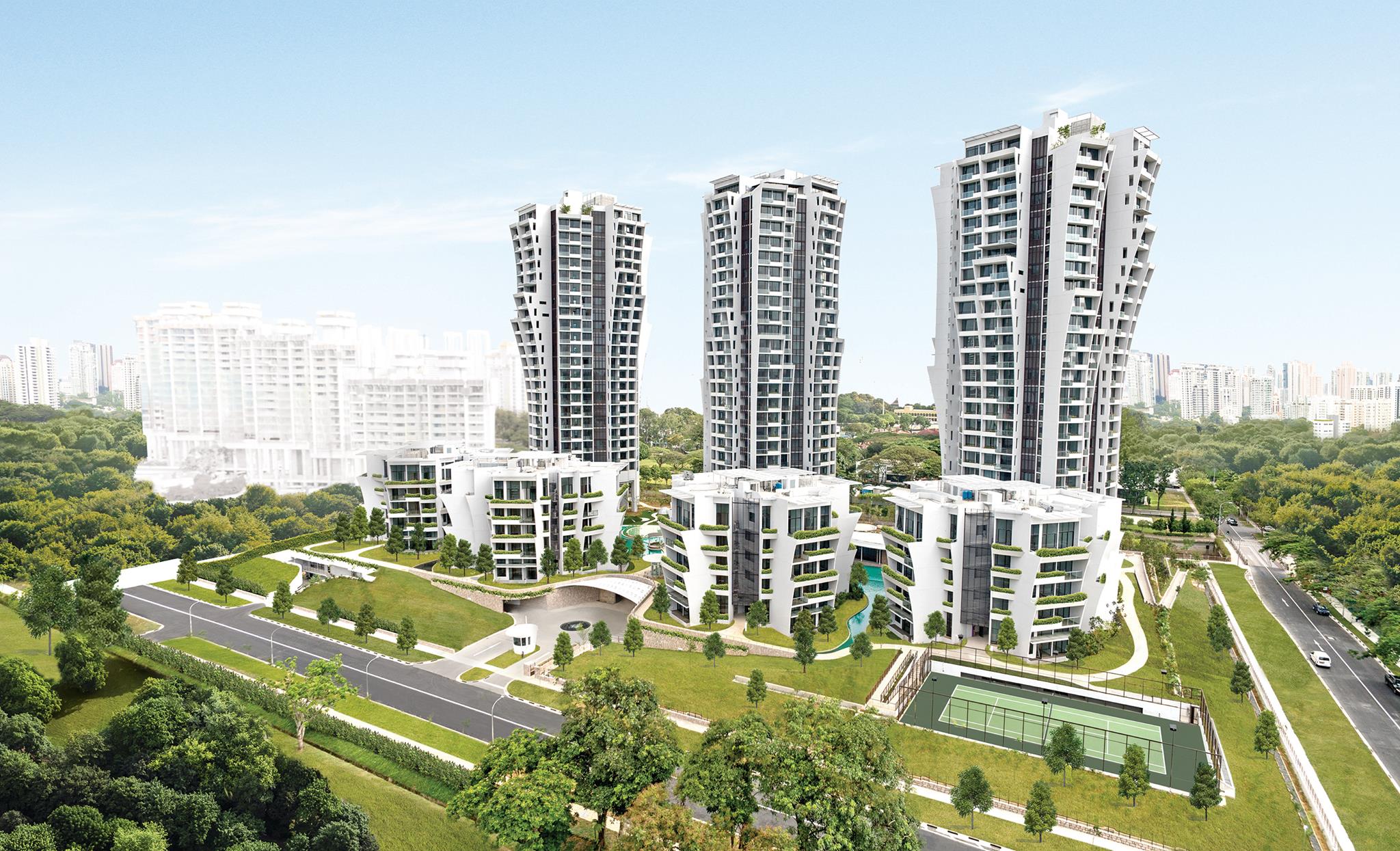 Among its facilities is a sprawling pool. 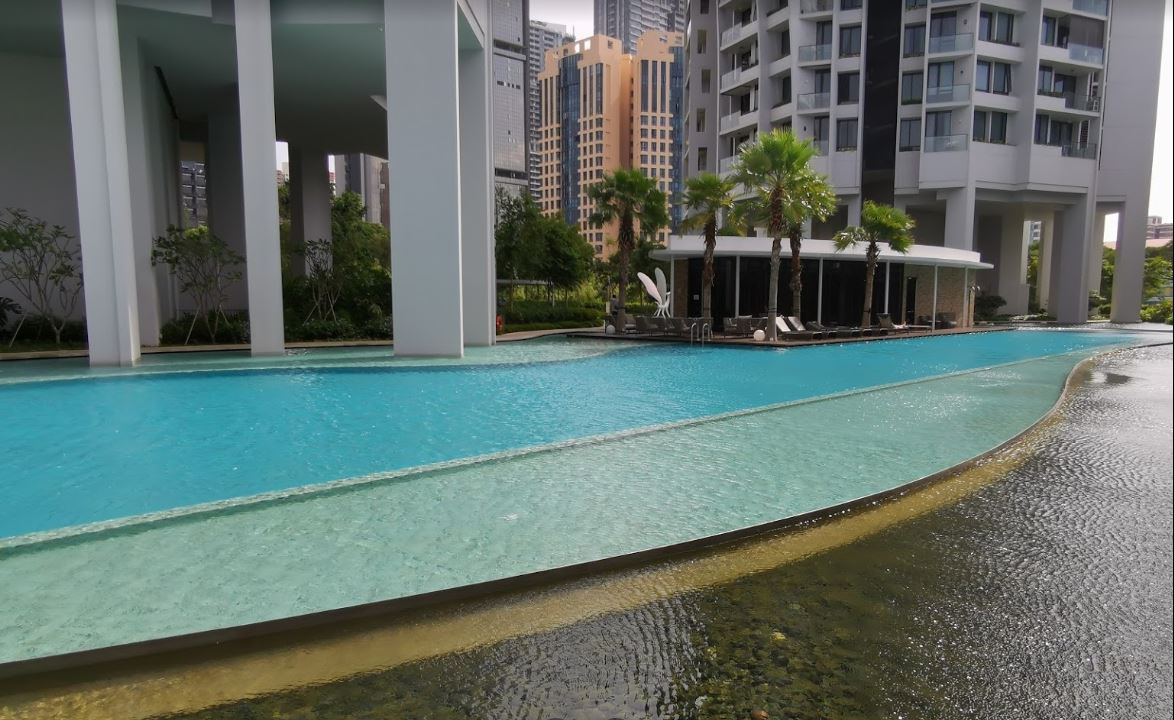 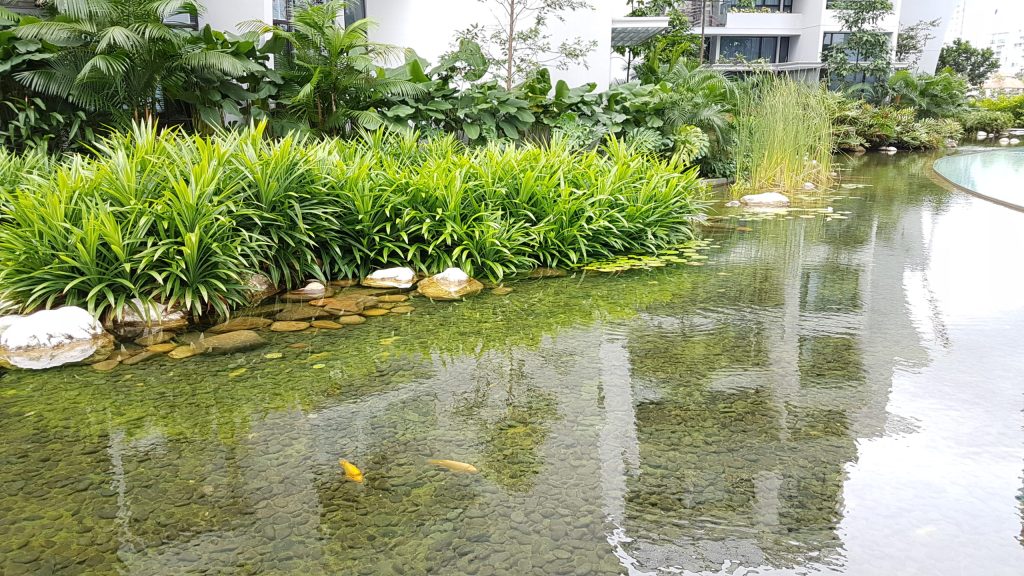 It turns out that the condo’s combination of pool and pond makes it not just blissful for residents, but a heaven for otters.

According to a Facebook post by resident Yvonne Chan in the Singapore Wildlife Sightings Group, an otter family “invaded” the condo.

From the video she posted, they seemed to be having a whale of time frolicking in the pool. 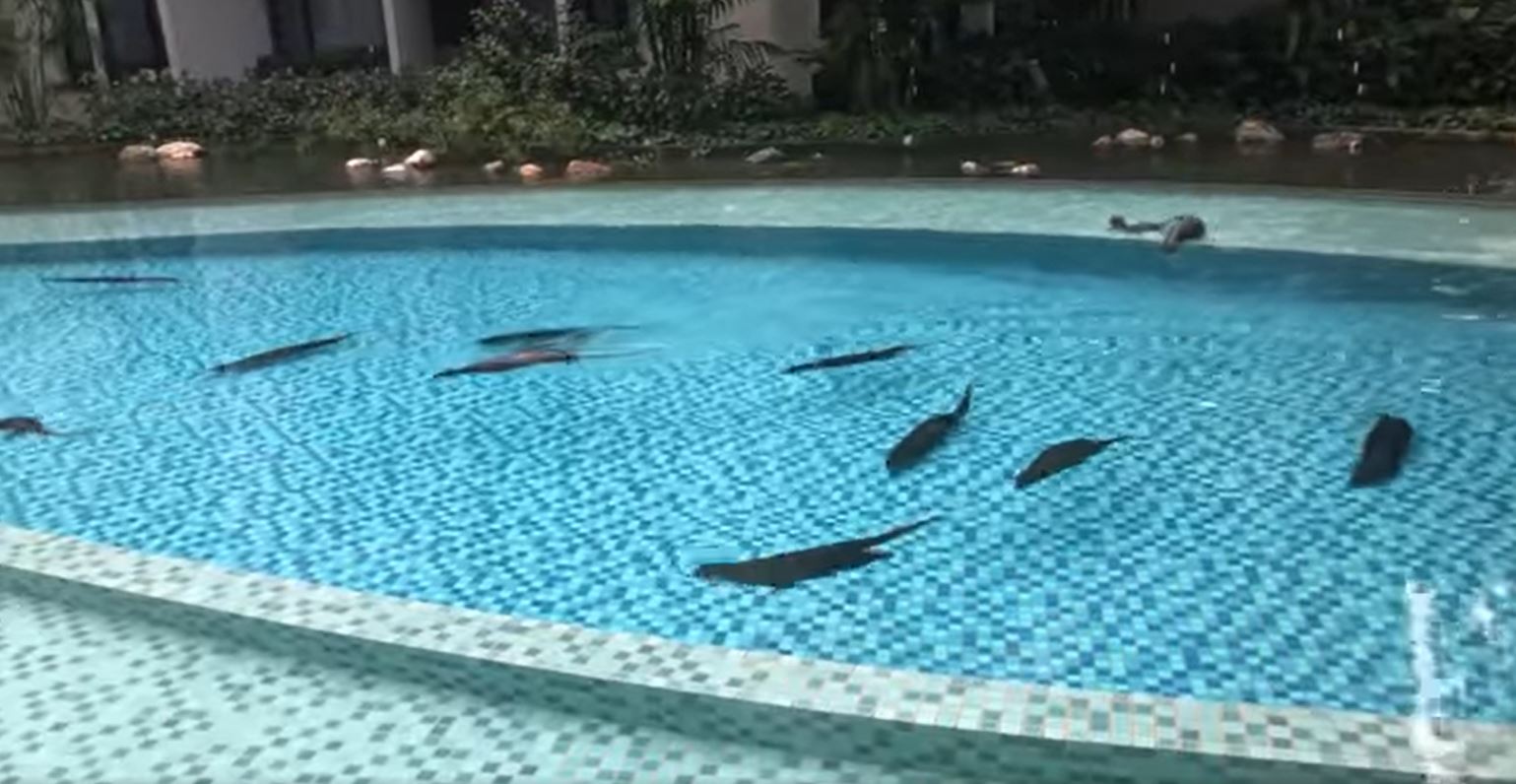 At least 12 of them can be seem swimming from the deep section, to the shallow section and back again. 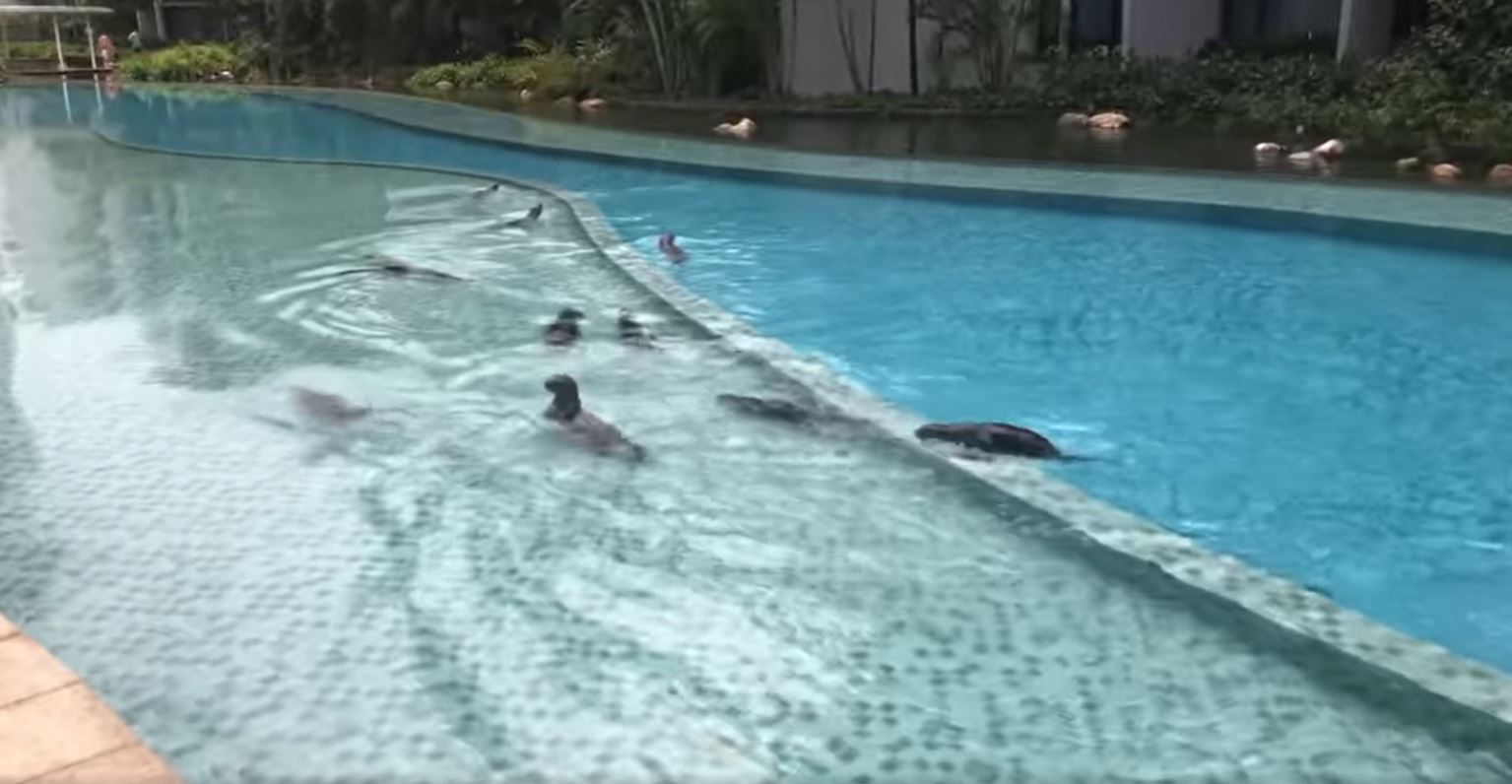 It’s all well and good, and we won’t begrudge otters from living the high SES life that we can’t.

But then, the otters started climbing into the pond, which if you remember is conveniently located next to the pool. 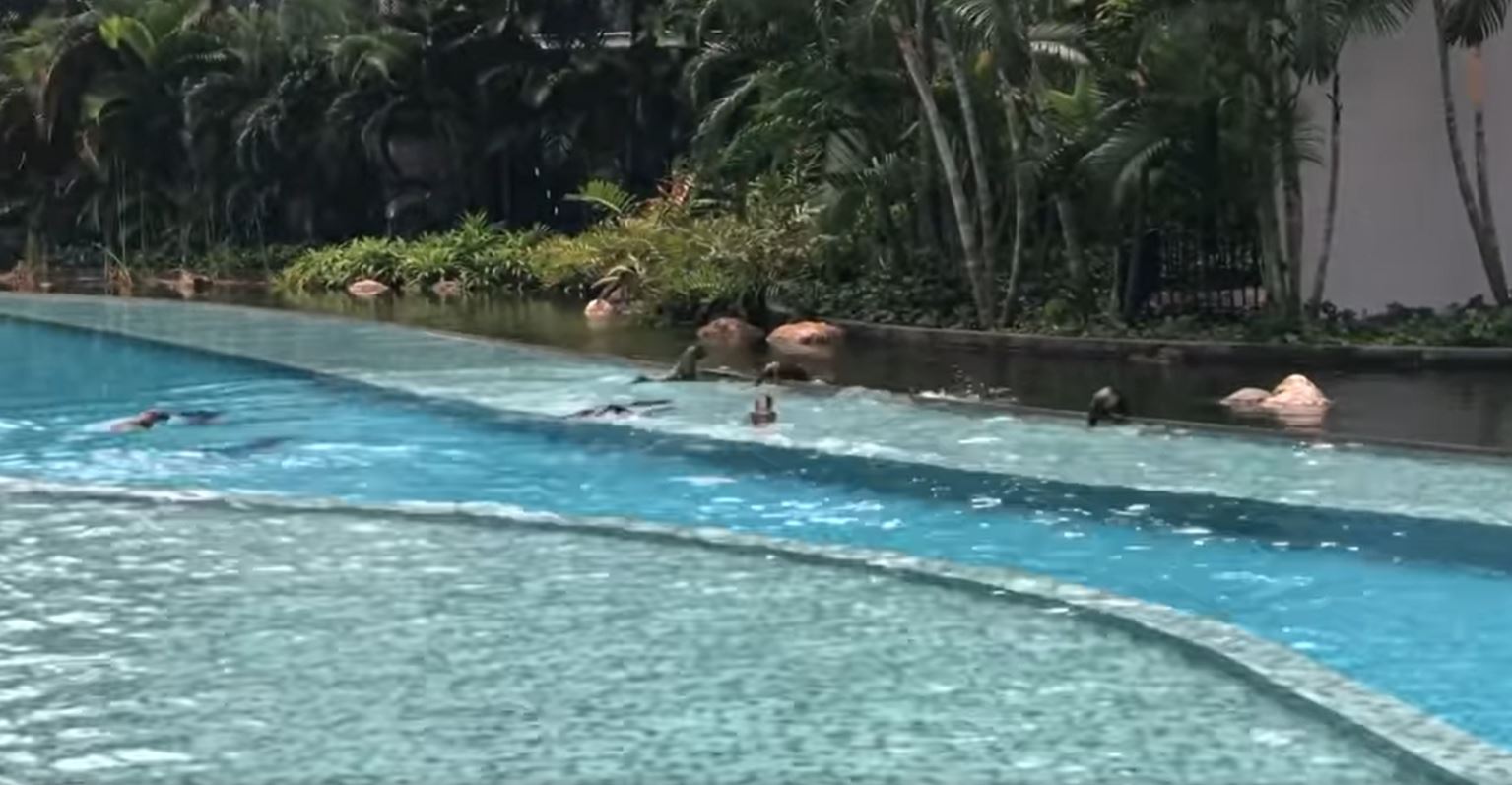 There’s no better place for a poolside snack to replenish one’s energy after the rigours of a swim workout.

A distraught resident, Ms Veron Tan, told Channel NewsAsia (CNA) that about 80-90% of the fish were eaten. 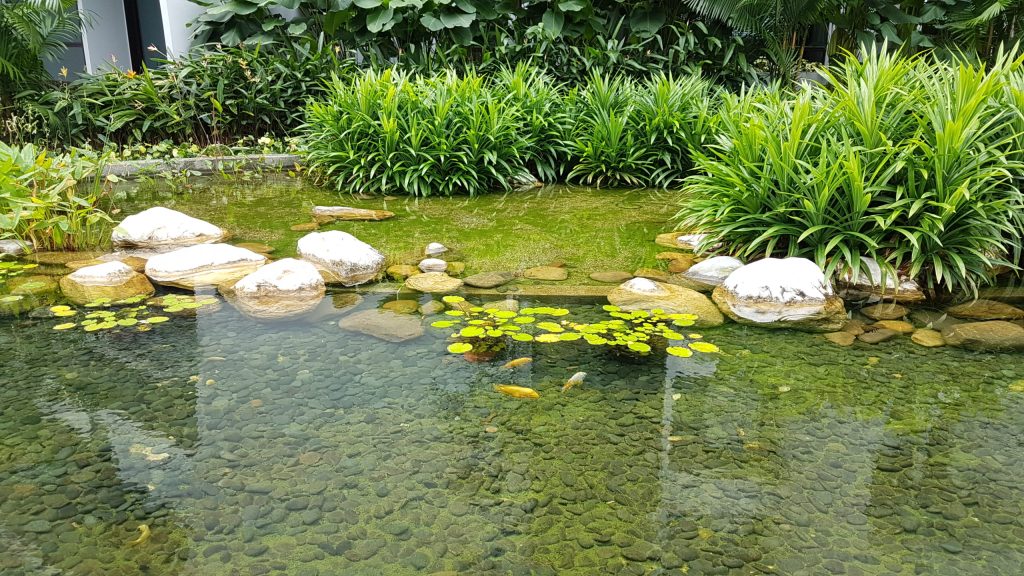 She called it “depressing” because the fish are fed by residents, who’ve obviously taken them to their hearts as treasured pets.

Another resident told CNA that children would gather round the pond to feed the fish, so it’s “very sad” that they’re now gone.

Worse still for the children, Ms Tan said they were “frightened to tears” when they saw their favourite pets being eaten by savage critters.

From the photos she sent CNA, some otters didn’t finish their meal, leaving half-eaten fish corpses lying around.

The sight must have been fairly grisly, as CNA quoted Ms Tan as saying,

Some fish (were) left with an eye, some without.

Besides the emotional trauma suffered by residents, she also pointed out that the condo would have to spend money cleaning up the pool and pond.

When the “otter invasion” took place at about 4pm on Tuesday (6 Apr), officers from the National Parks Board (NParks) were called.

They arrived at 5pm, CNA reported.

However, it’s not certain what they did in response to the situation.

Otters are from Zouk family

According to a biological sciences expert interviewed by CNA, the otters are from the Zouk family, who have a habit of crashing places when you least expect it. 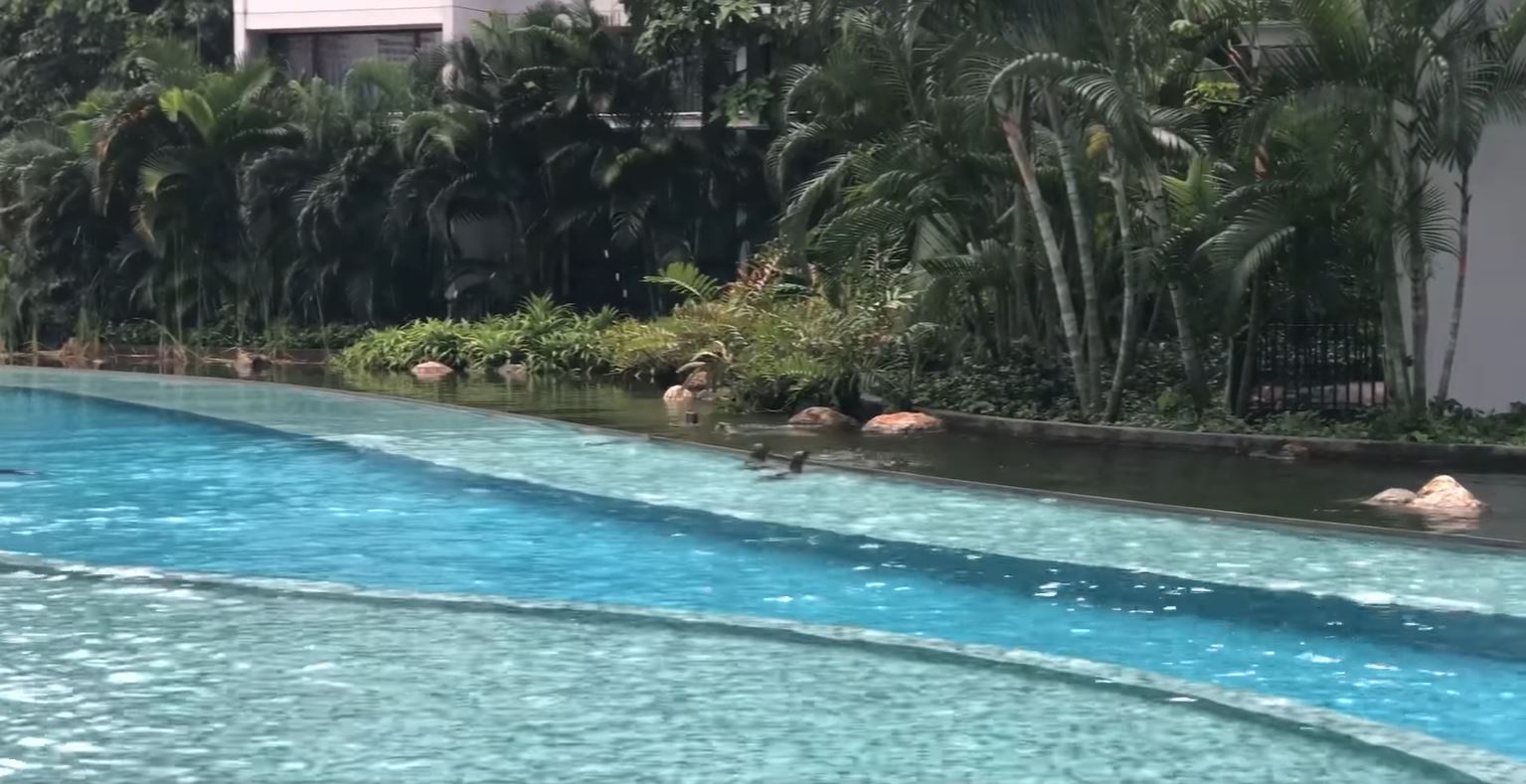 He said as the family has been chased out of the Singapore and Kallang rivers by other otter families, they now roam the city and have adapted to urban life.

It’s also worth noting that the condo is located right next to the Alexandra Canal, and otters are usually spotted in canals and large drains like these. 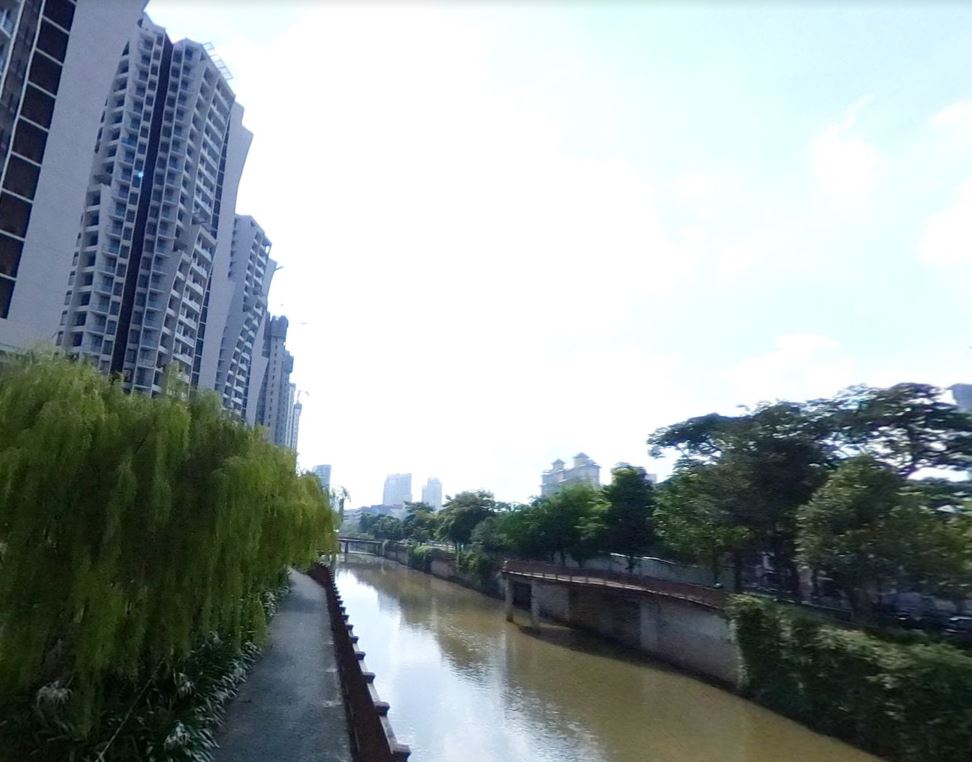 Thus, the Zouk family probably emerged from the canal for a change of scenery, and rightfully thought that the The Crest would be a good place for some R&R.

It’s the circle of life

To be sure, this isn’t the first time that otters have entered a condo to swim and feast on fish.

While more genteel Singaporeans might not be used to the circle of life taking place right at their doorstep, the creatures are just doing what comes naturally to them.

After all, while we have comfortable homes to go back to, they’ve been forced from their habitat.

However, the damage done to the condo is no laughing matter, and they may be advised to take some protective measures to protect their remaining fish and prevent otters from entering again.