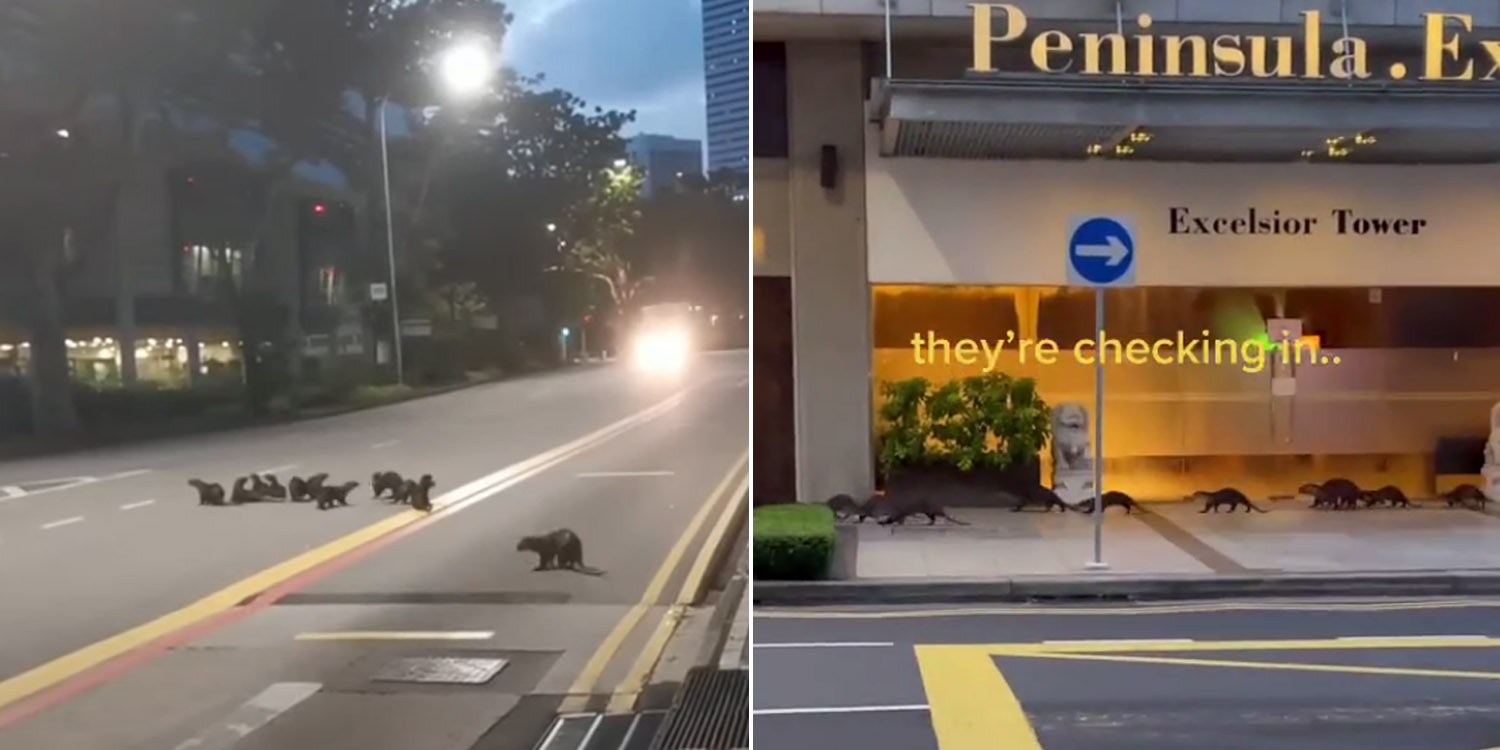 With travel restrictions still in place, staycations have become the next best alternatives for many people.

It seems a romp of otters share the same sentiment as their hooman pals, as they were recently spotted outside Peninsula Excelsior Hotel in City Hall.

The otters appear to have broken the 8-pax rule, but perhaps these regulations do not apply to our favourite furry creatures.

In a Facebook video posted on Sunday (7 Mar), a bevy of otters was spotted in the heart of town.

Possibly en route to their staycation at Peninsula Excelsior Hotel, they first had to conquer their fear of crossing a wide road.

As nimble as these creatures are, jaywalking might not be their strongest suit. Understanding human traffic appears to remain a work in progress as well.

On their first attempt at crossing the road, the group hesitated in the middle of the road as oncoming traffic approached, before wisely making a detour back to safety.

Thankfully, an incoming lorry slowed down or the staycay might have become a staynay. Tragic. 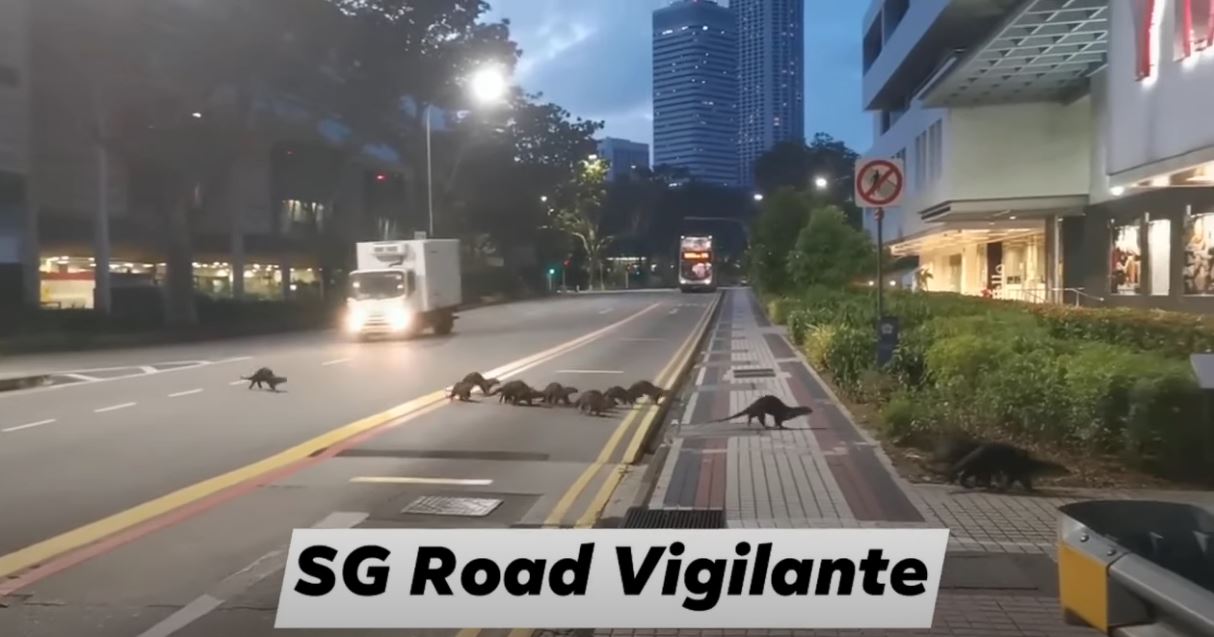 ‘Once bitten, twice shy’, as the saying goes.

Instead of jaywalking, our little friends opted to use the zebra crossing during a later attempt.  The excited one in front even slowed down for a bit in the middle of the crossing to check for what looks to be a blind spot.

Success it was, as the group finally pranced their way towards the lobby of the hotel.

Hopefully, the group will remember to use the SafeEntry check-in as everyone in Singapore should do their part to keep the coronavirus at bay.

With more otter sightings in recent times, it’s probably universally concurred that sights of these lil ones can brighten one’s day.

We aren’t sure why that’s the case, but if we were to guess, it must be something about the way they prance about without a care in the world.

We’re glad the otters made their way to their staycay location safely and hope they will remain safe when crossing roads in the future.