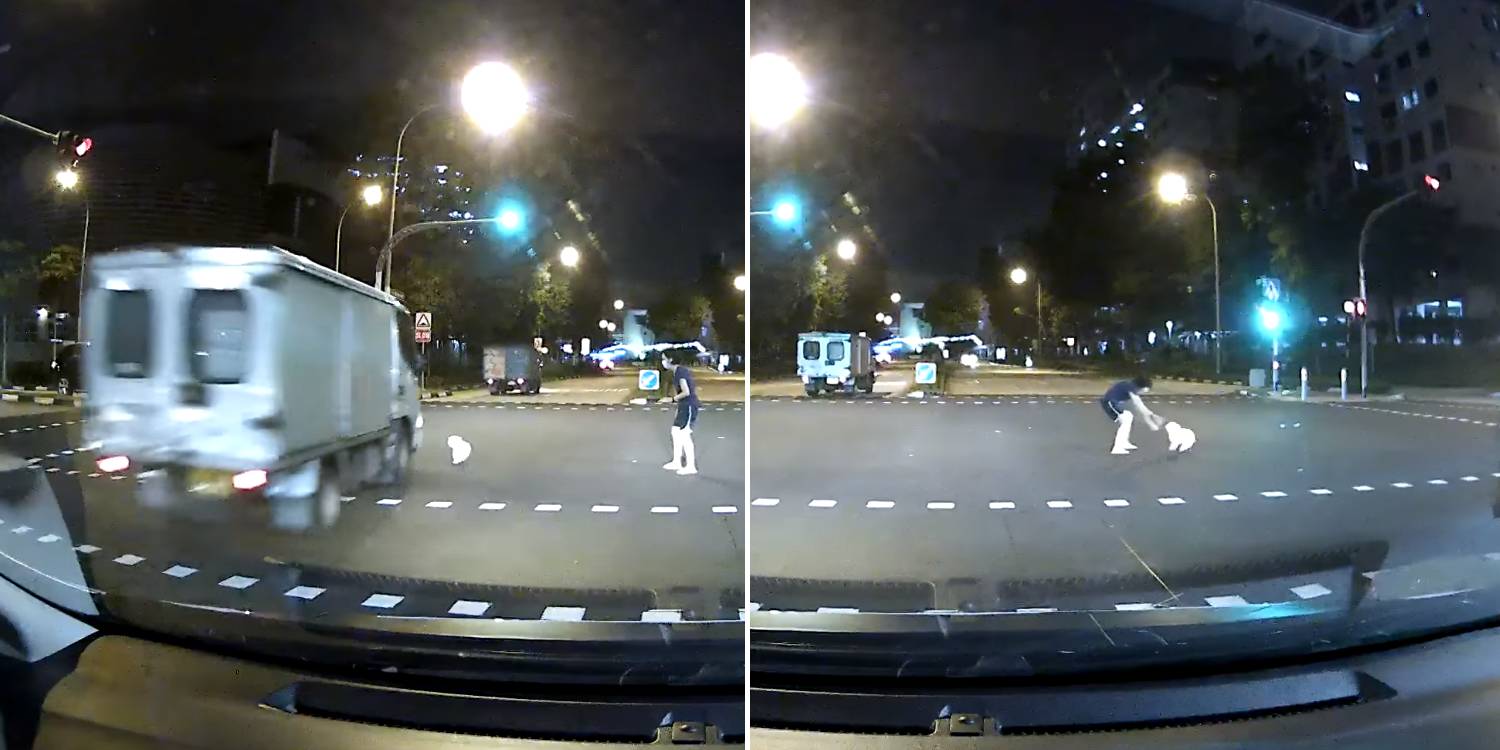 Being a dog owner is no easy feat. Disciplining them can be tough when these little floof balls do not speak the same language as you.

Even so, one dog owner was willing to put her own life at risk for the sake of securing her dog, who was seen running amok in the middle of the road near Choa Chu Kang Polyclinic.

As the owner struggled to catch it, the scene turned shocking when the doggo almost got hit by an incoming lorry who swerved right in the nick of time.

The incident that took place on 19 Jan was captured by a motorist’s dashcam.

The video has since gone viral, garnering over 5,200 shares in less than 24 hours.

In the Facebook video, the white floof can be seen running rather haphazardly around the T-junction of the road.

The doggo, who obviously doesn’t understand human traffic rules and has made the road its playground, almost runs into incoming traffic. 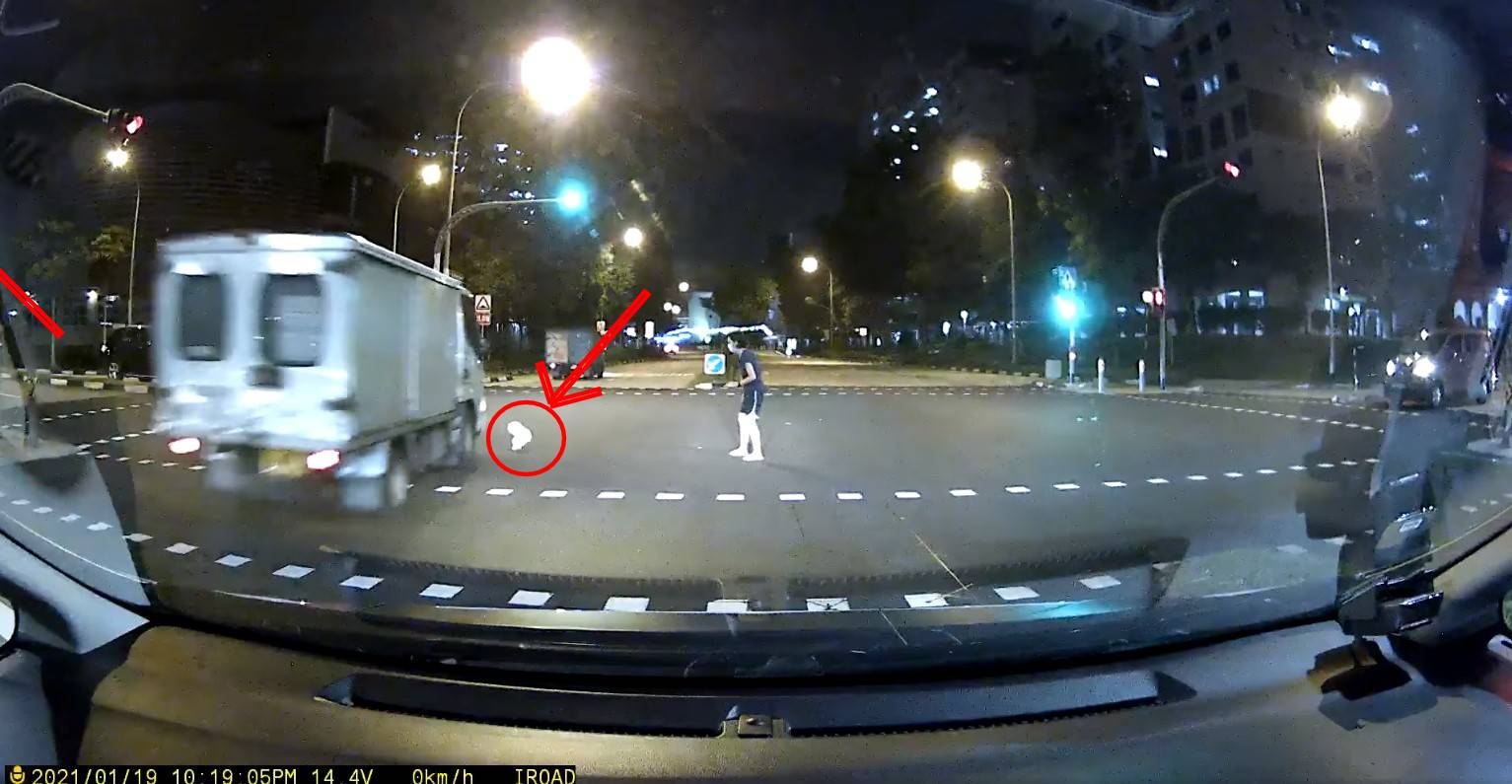 Thankfully, the quick-thinking driver swerves to side. The naughty white cloud seemed evidently spooked by its close shave with death. It continues to run away in the other direction.

Perhaps it felt safer on the right side of the road.

Poor owner takes a fall while trying to secure doggo

During operation secure-the-dog, the girl ends up falling down on the rough concrete ground. Ouch.

She quickly picks herself up after that in hopes of securing her precious pet.

We do not know what happened to the owner and dog in the end, but the poor owner looked absolutely tired at the end after chasing down the little white doggo.

We hope that the owner managed to secure the white floof eventually, and that the latter isn’t too traumatised by its experience on the streets.

For future deterrence, we urge all pawrents to leash their doggos on walks, no matter how obedient their fur kids usually are.