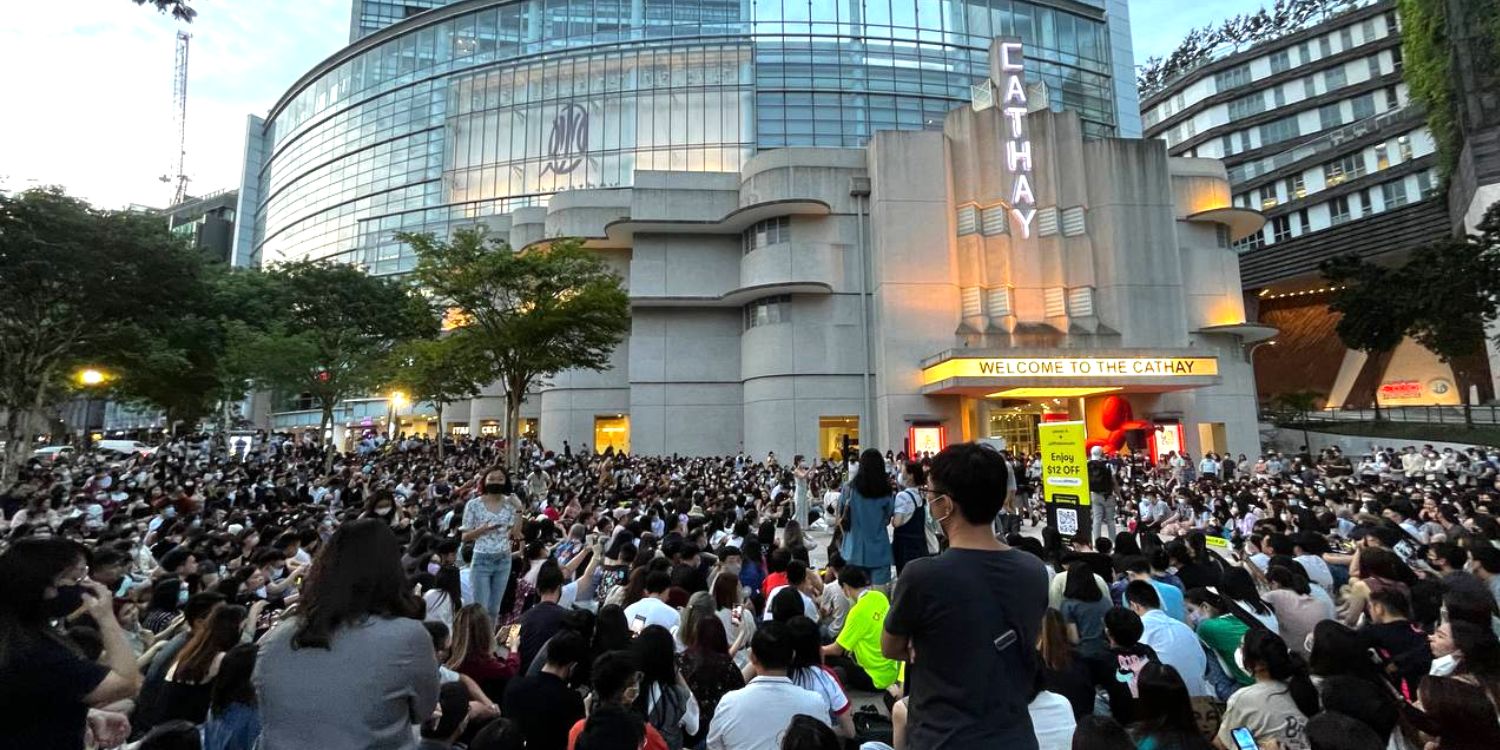 He's planning a concert in Aug.

Even on weekends, The Cathay Building used to be fairly quiet, with maybe just a few smokers hanging out in the open space in front.

This has now changed due to the popularity of a singer known as The Cathay Busker, who has drawn crowds during his Saturday performances since busking was allowed in Singapore again.

On Saturday (25 Jun) night, a large crowd again gathered to listen to Singaporean Jeff Ng; this time, it may be his largest yet. Perhaps it’s because they knew that tonight’s show would be his last show in June, and it’s uncertain whether he’ll return to sing there next month.

When MS News turned up in front of The Cathay at 5.53pm, crowds were already beginning to form despite it being 1.5 hours before he was supposed to start.

The “seats” at the staircase were mostly filled, apart from small gaps here and there. As the crowd started to swell, it became clear that it must be Jeff’s biggest yet, considering those seated on the ground were much closer to him than before. 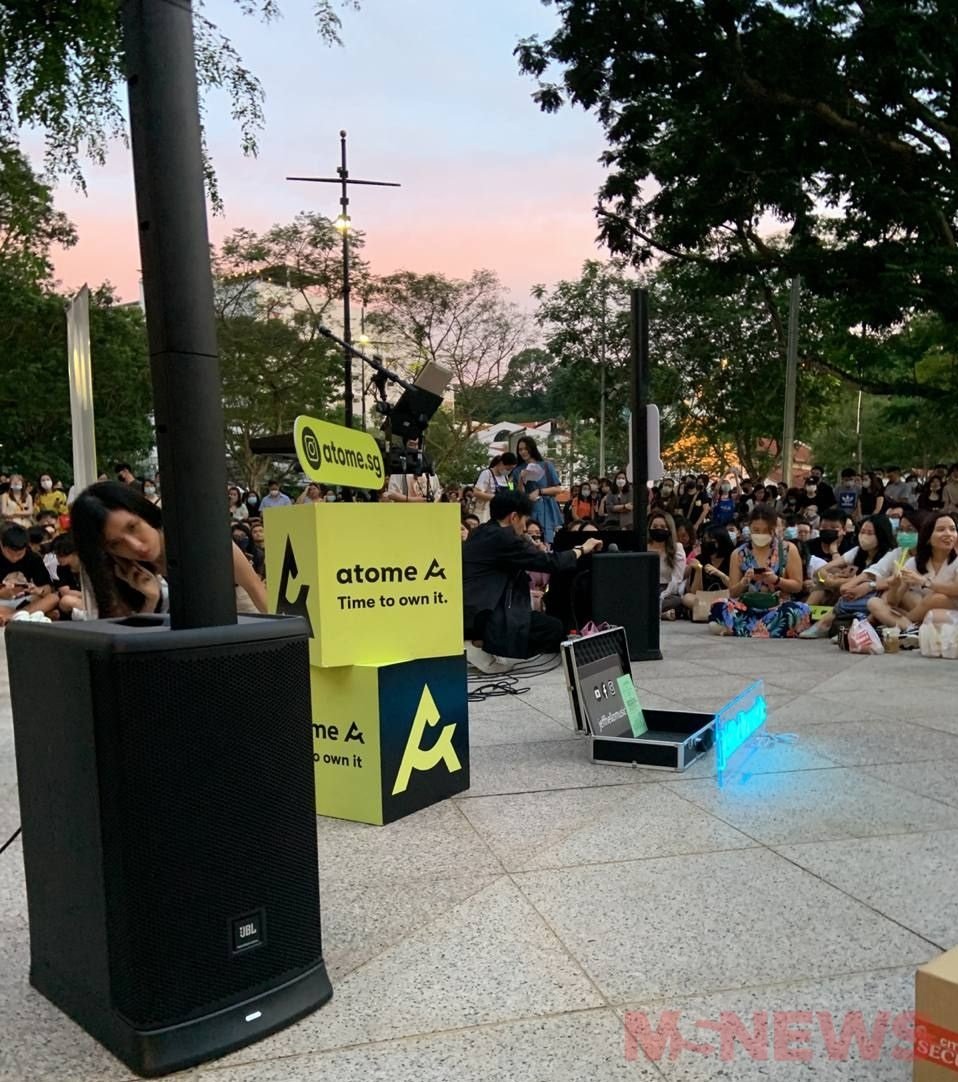 Towards the end of the night, it seemed like a sea of people, with no gaps in sight, had descended on The Cathay, surrounding Jeff — just like in a stadium. 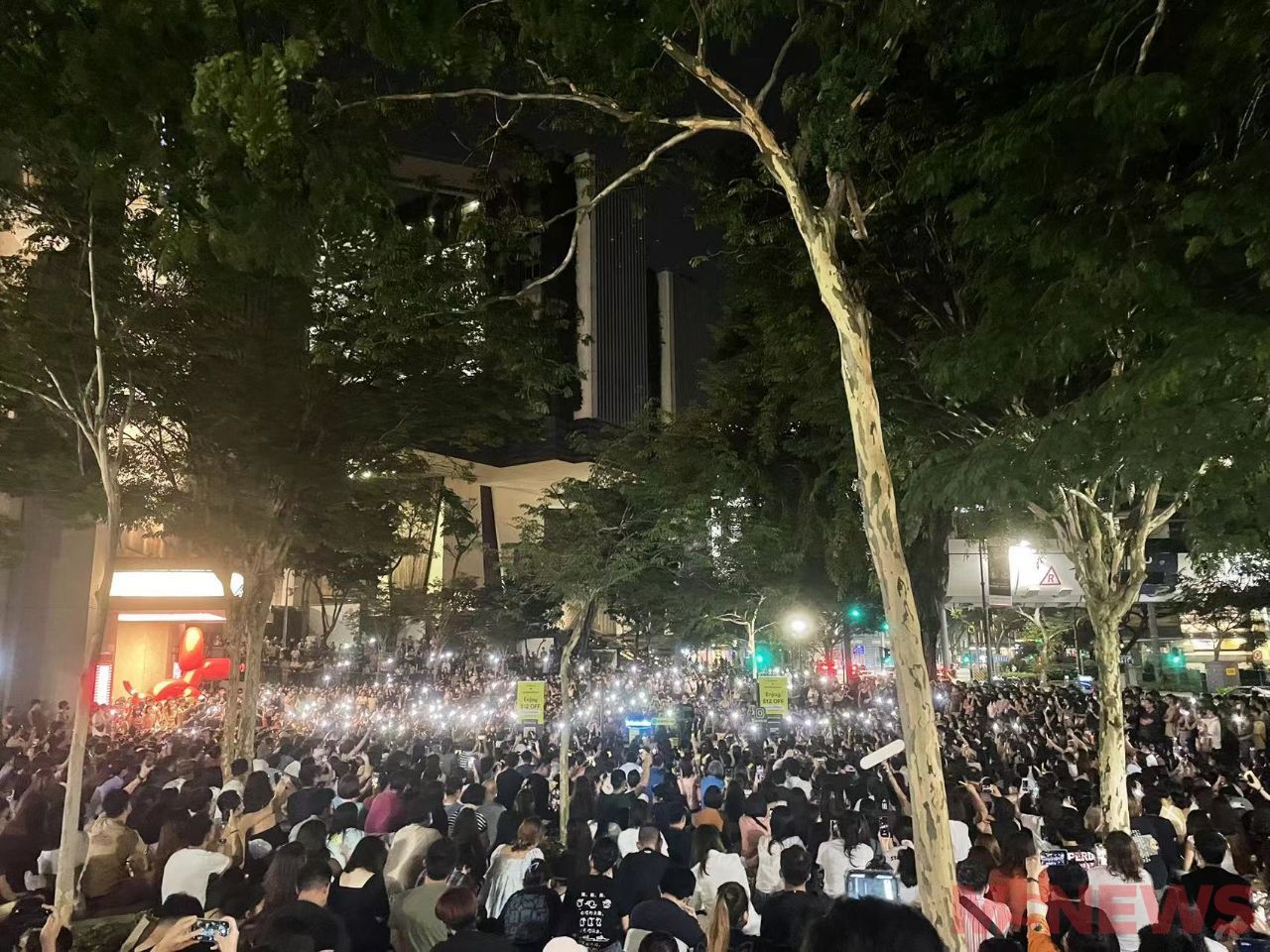 As they shone their phone torches and sang along, the atmosphere of warmth and togetherness might even have superseded anything one might experience during a conventional ticketed concert.

In the video, a sea of lights could be seen as people waved their phone torches as he sang, just like how they would’ve done at a JJ Lin concert. 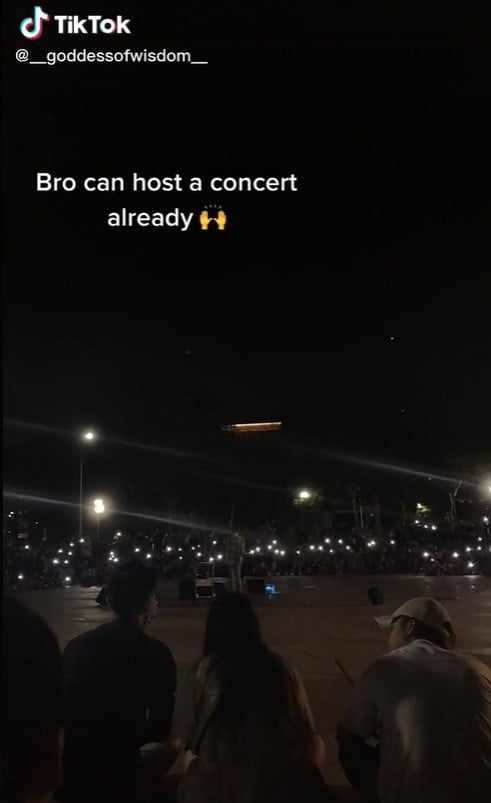 Jeff also uploaded his own video of his busking session on 3 Jun. Then, a healthy crowd showed up, but there was still ample space to sit on the ground or stand around. 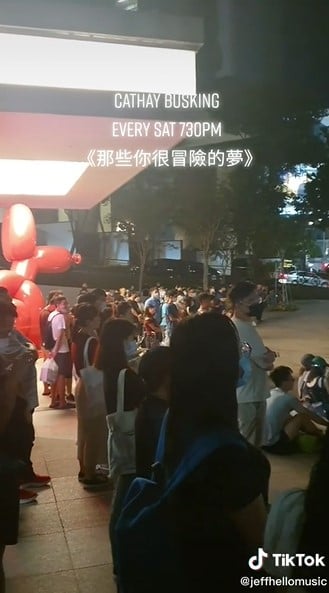 At the 18 Jun show, the crowd had gotten noticeably bigger, perhaps due to the virality of the 12 Jun video.

People were even standing on the driveway of the School Of The Arts (SOTA) building. 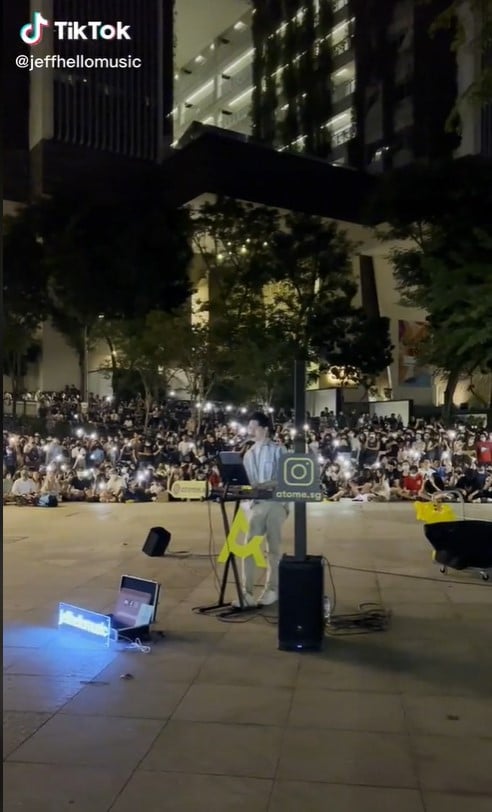 There also seemed to be barely any space to sit on the ground, with people even standing in the bushes. 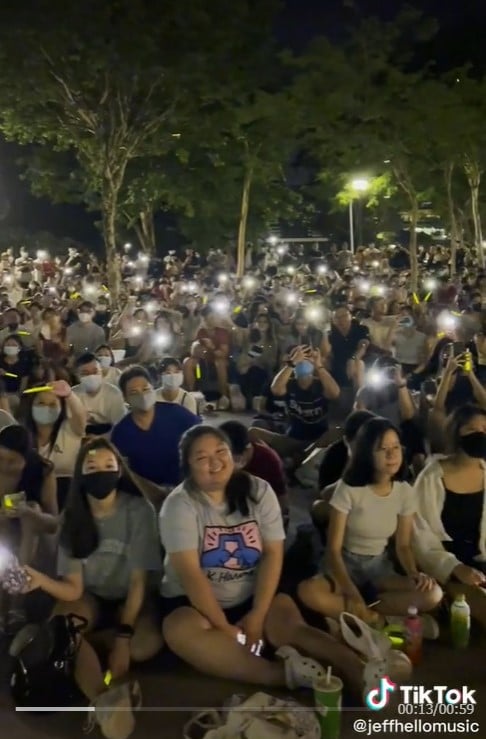 It took six weeks for the crowd to grow to this size, he told 8 Days in an interview.

No surprise, then, that the attendance for tonight’s concert may exceed those of previous weeks.

He performs every Sat in June

One reason for the big crowd tonight may be because it’s the last Saturday in June.

In an Instagram post on 10 Jun, Jeff said that he’d be performing in front of The Cathay every Saturday in June. 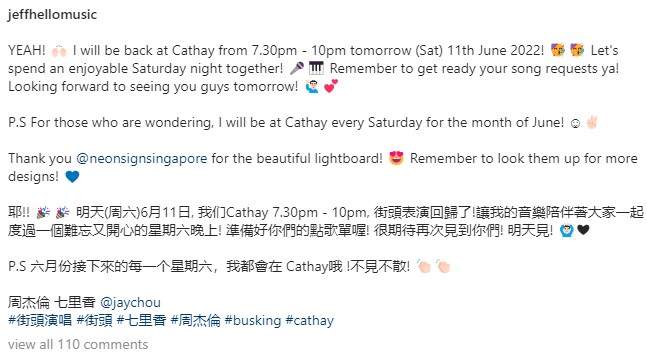 He hasn’t mentioned yet whether he’d be performing in July or not.

Thus, tonight might just be the last time the public can watch him perform for free at The Cathay.

However, fans of Jeff can look forward to attending an actual concert of his as he’s planning one in Aug, he told 8 Days.

Though details aren’t confirmed yet, it’s possible he might spend July preparing for it.

That doesn’t mean he’ll stop busking, as he told the lifestyle website that he wouldn’t want to give it up.

Better yet, as he’s been approached by record labels, we might just hear him sing original songs over Spotify very soon.

The future is bright

But those who caught him at The Cathay first will always be able to say they first knew him as a busker.

When we one day wave our phone torches at his concert in an actual performance venue, perhaps we’ll remember the time we did the same to his smooth vocals under the night sky.