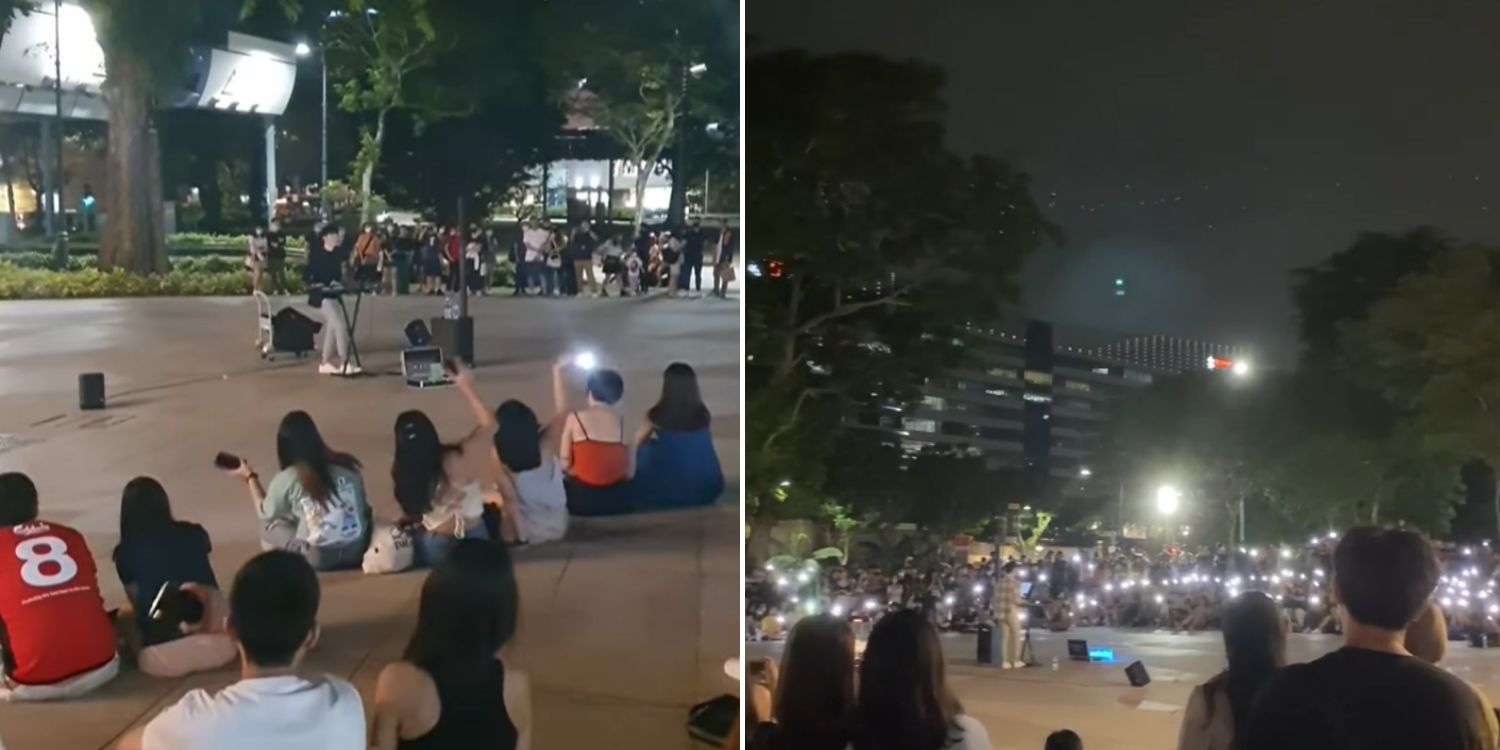 Guys are watching with tears in their eyes.

Even though the cinema scene at The Cathay is set to undergo a change, the venue will probably remain a favourite hang-out spot for many.

Now that a local busker has made his mark at the mall’s foyer, shoppers and passers-by can still find some form of entertainment there.

Local singer Jeff Ng has captured the hearts of many with his smooth vocals during his busking sessions at The Cathay in recent weeks. 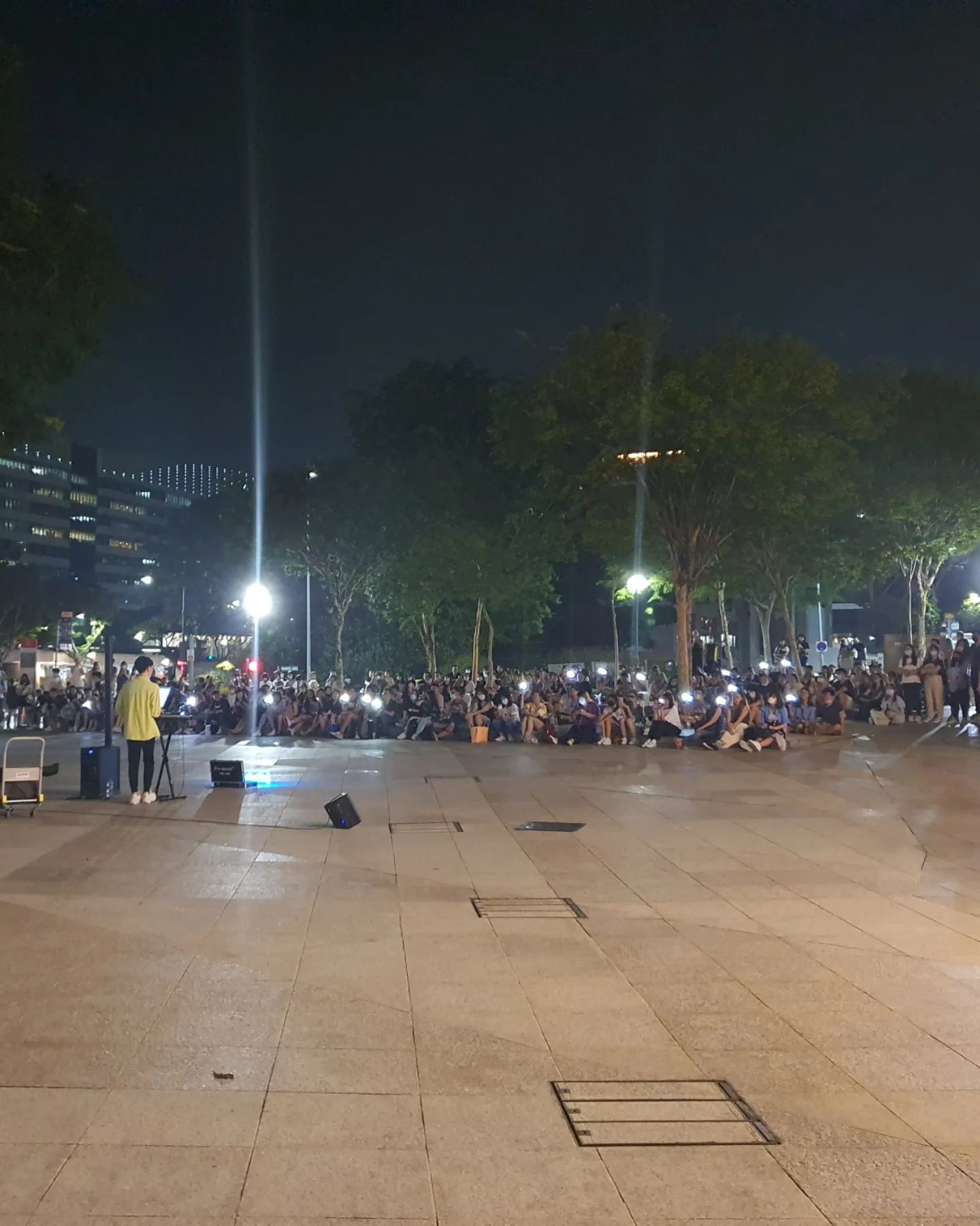 His weekly appearances have generated lots of buzz on TikTok as videos of crowds singing along to his renditions go viral.

Netizens have called his busking sessions a concert of sorts, with the audience waving their phone lights in tune with his performances.

Crowds wave lights & sing along to busker at The Cathay

On Sunday (12 Jun), a video of Jeff’s busking session was uploaded on TikTok, with the caption “Bro can host a concert already”.

The video shows Jeff standing in a middle of a circle, with a sea of phone lights waving in the background.

In the video, Jeff delivered his best rendition of the theme song to the popular 1995 telemovie, Cupid Love.

Riding off the coattails of the viral video, Jeff uploaded his own video of his busking session on 3 Jun.

In the clip, he shared that he’ll be busking at The Cathay every Saturday from 7.30 pm to 10 pm.

In every new video that he shares, the crowds seem to grow larger.

The most recent footage does Jeff’s busking session the most justice, showing crowds singing mandopop star JJ Lin’s song with him.

One netizen, who was apparently so enamoured by the scene, exclaimed that Jeff was not busking but hosting a concert.

It seems that his talents have finally found a platform to shine on.

Hope busker continues to bring joy with his voice

Though The Cathay Cineplex’s impending closure is devastating, at least the cheer around the area won’t be disappearing too soon.

We hope that the public will continue to support Jeff and that his performances will keep bringing joy to people.