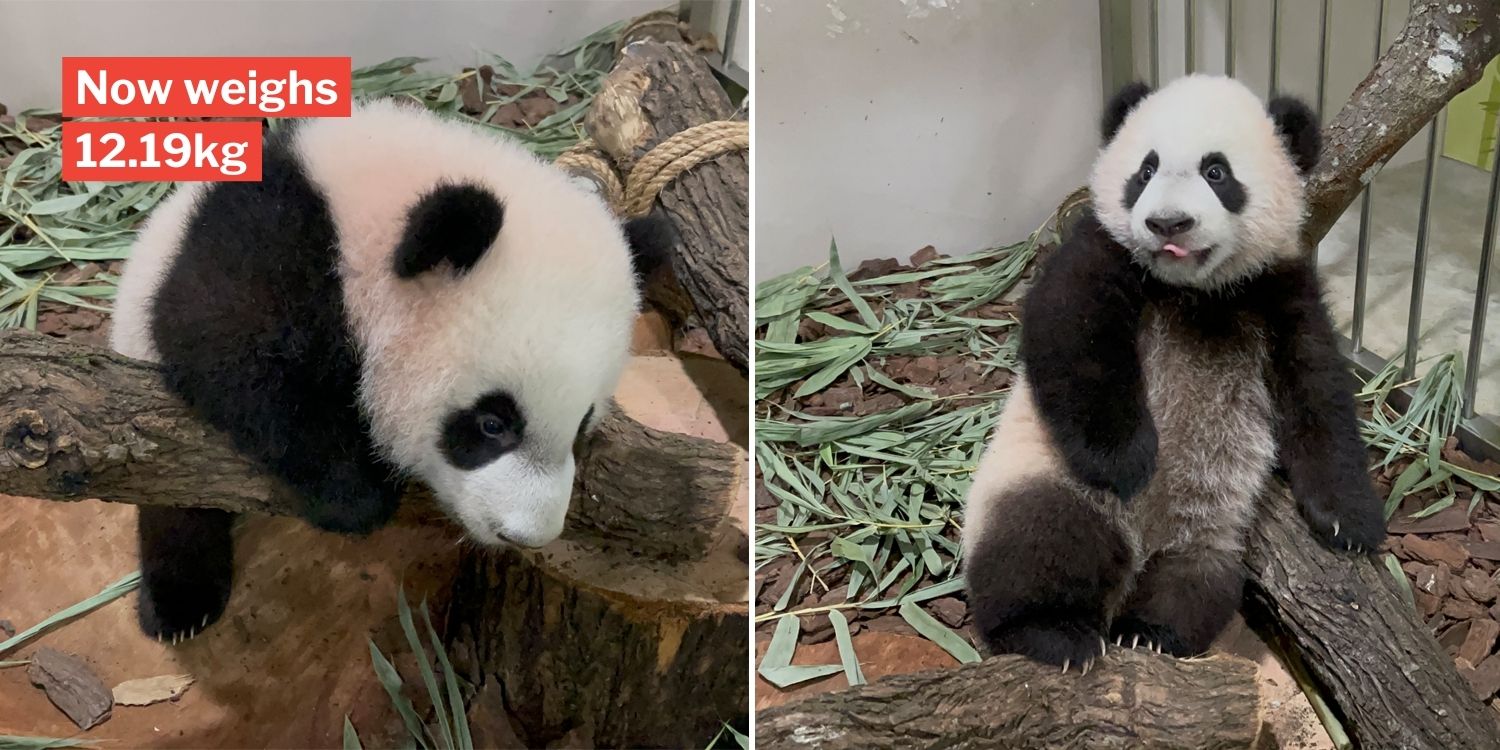 He is just a little over 5 months.

From the moment panda cub Le Le was born in Aug 2021, the adorable little one captured our nation’s attention as we celebrated every little milestone he achieved.

Singaporeans witnessed as Le Le first opened his eyes to the world, started teething, and took his first steps.

Now, the 5-month-old cub is working hard to conquer his next obstacle, quite literally. Le Le has been honing his climbing prowess at his very own jungle gym. 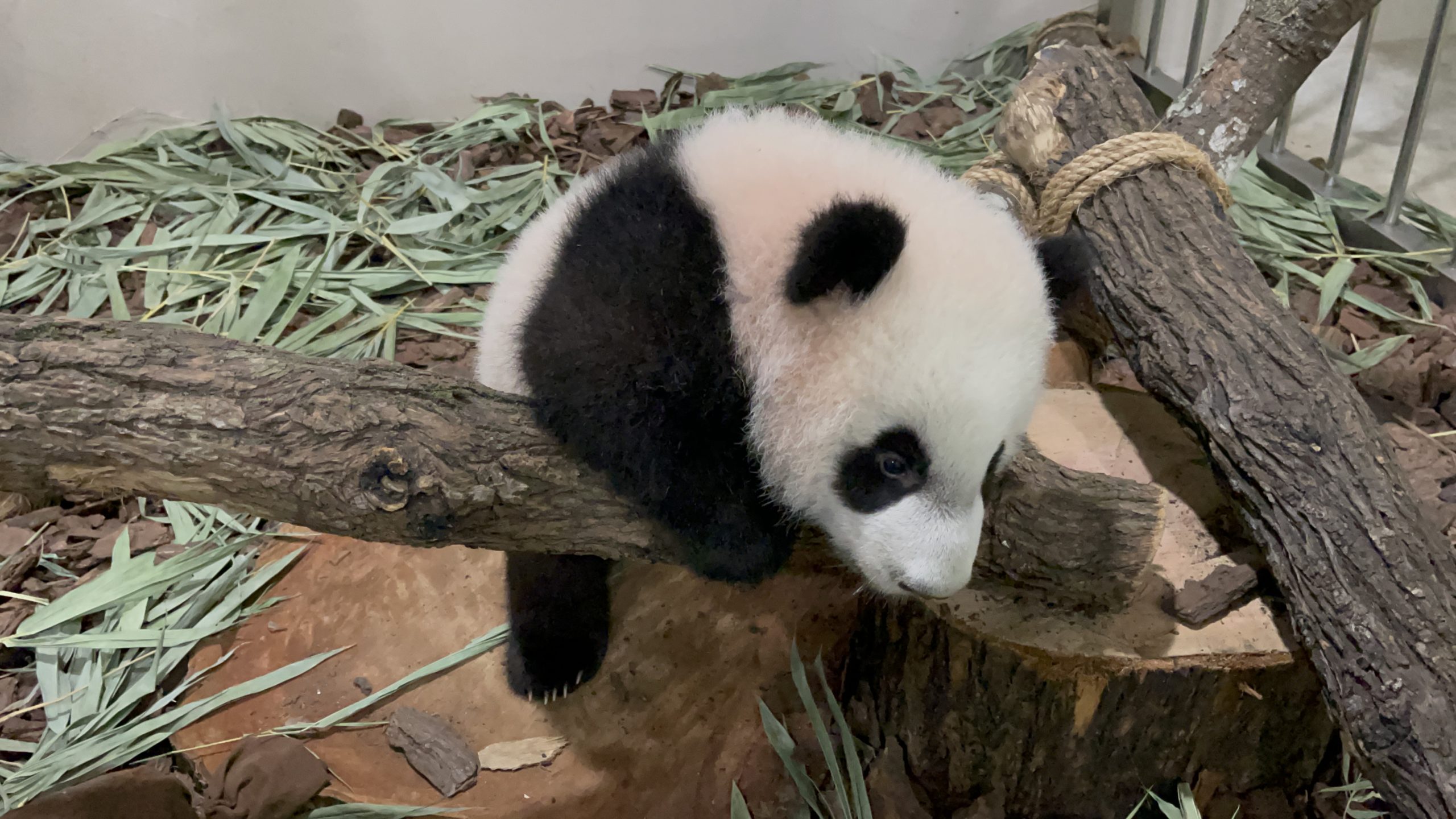 On Thursday (27 Jan), Mandai Wildlife Group shared that our beloved panda cub Le Le has been hard at work, perfecting his climbing skills.

In his play den every day, Le Le is busy improving his motor skills. 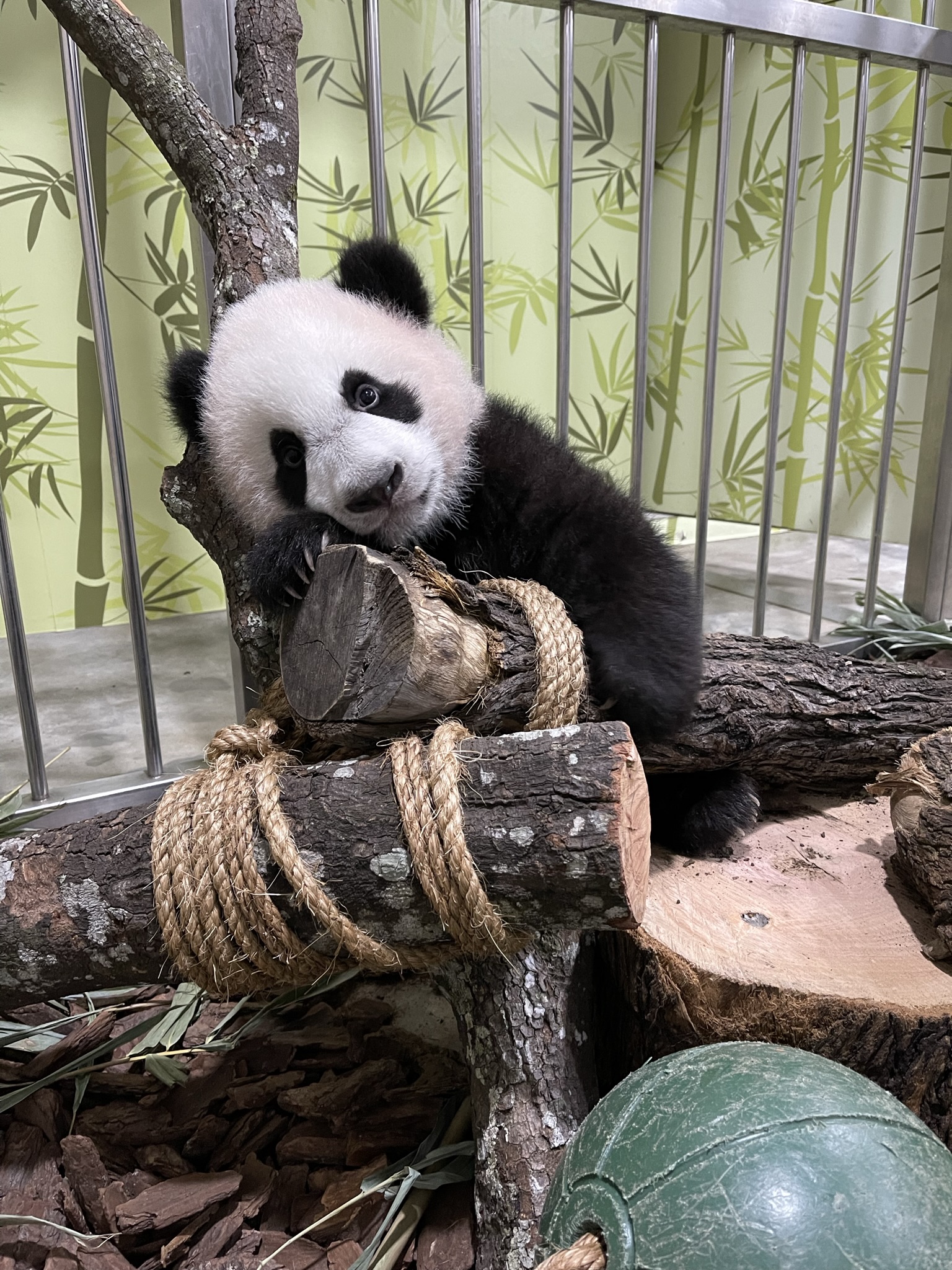 He can be often seen climbing around his jungle gym made up of strategically placed logs.

This way, it gives the smol boy a chance to practise his climbing and build his strength.

Despite all his hard work, the little one still gets lots of rest and has tons of fun.

On 12 Jan, during a break in one of Le Le’s jungle gym sessions, he even struck a cheeky pose for the camera. If the pose somehow looks familiar, Mandai Wildlife Group shared that it was reminiscent of his father, Kai Kai. The senior panda is typically seen lounging in the tree at the River Wonders’ Giant Panda Forest.

Besides the jungle gym, Le Le’s care team provides him with various enrichment toys to expose him to different shapes and textures. 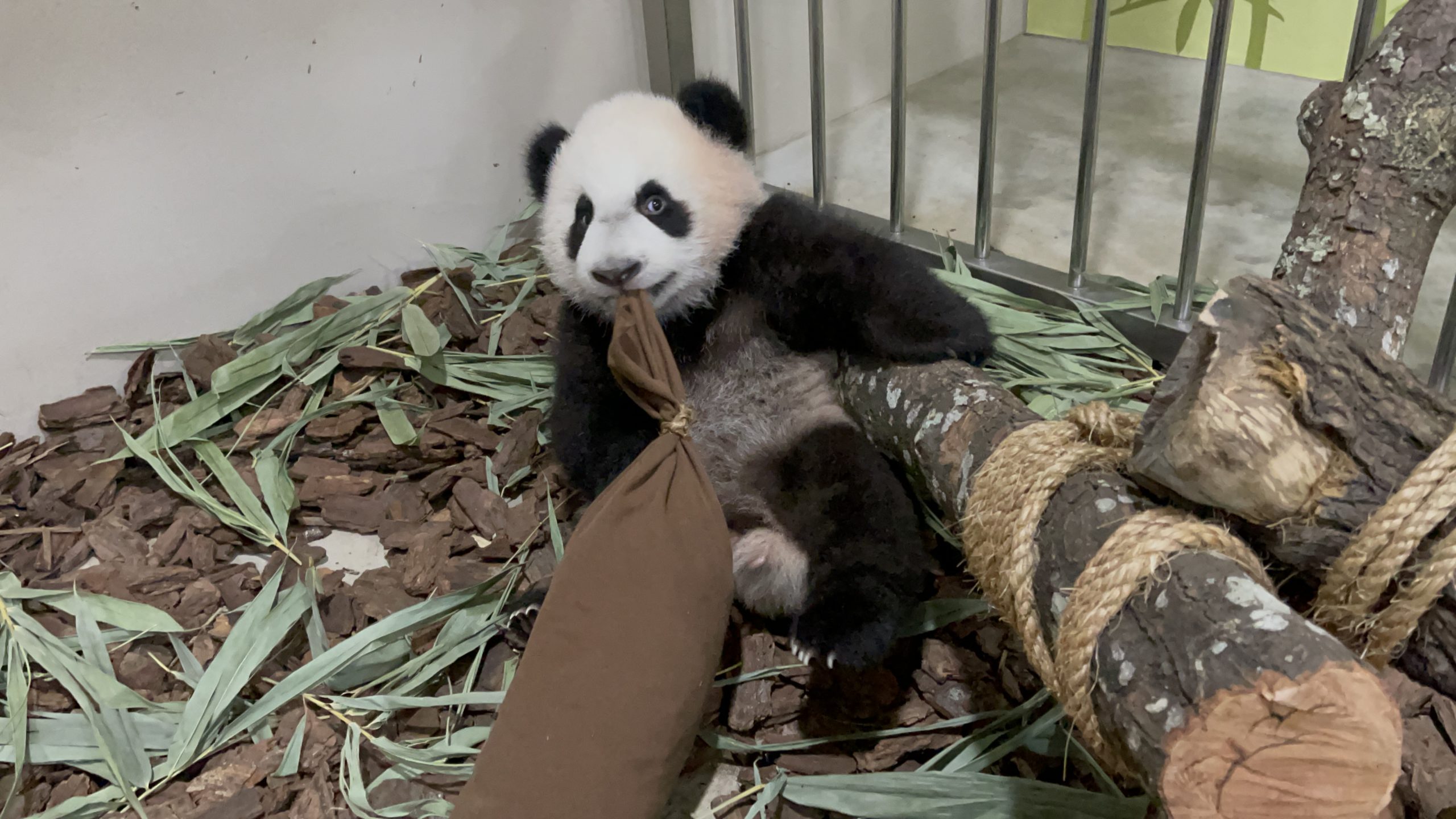 And he certainly seems like he’s having a ball of a time. 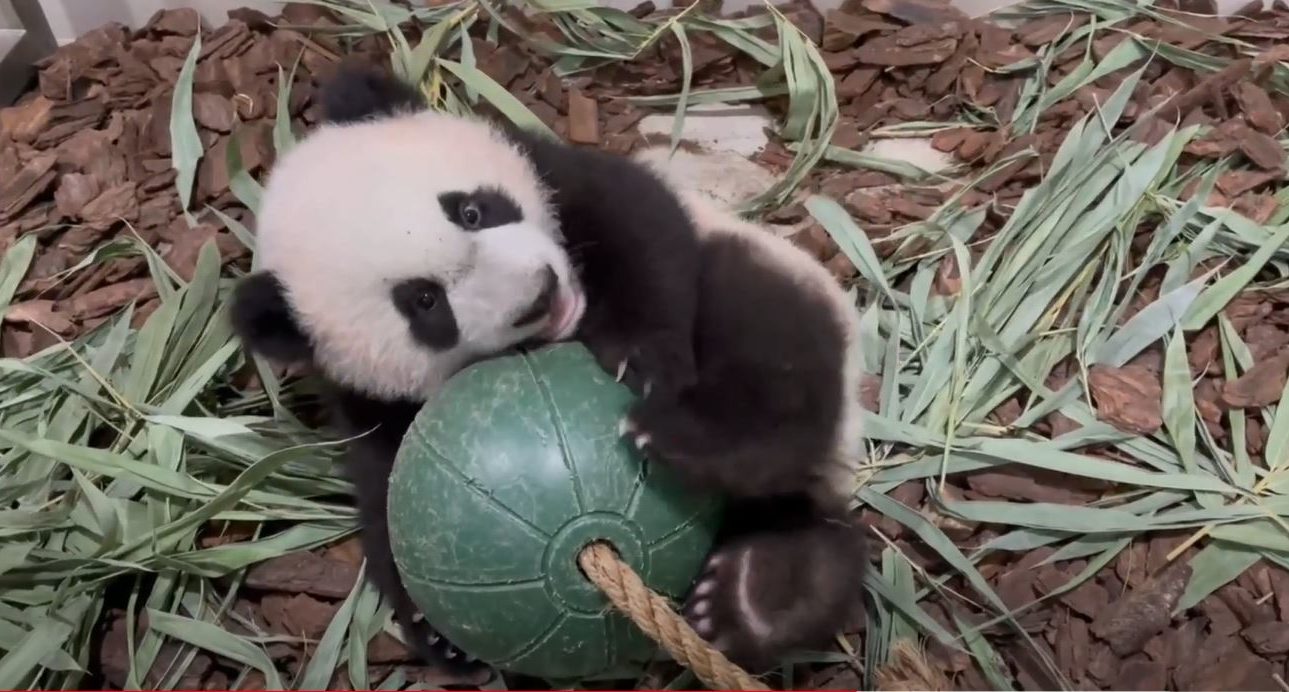 Even though Le Le is still Singapore’s littlest giant panda, as of Wednesday (26 Jan), he weighs 12.19kg. 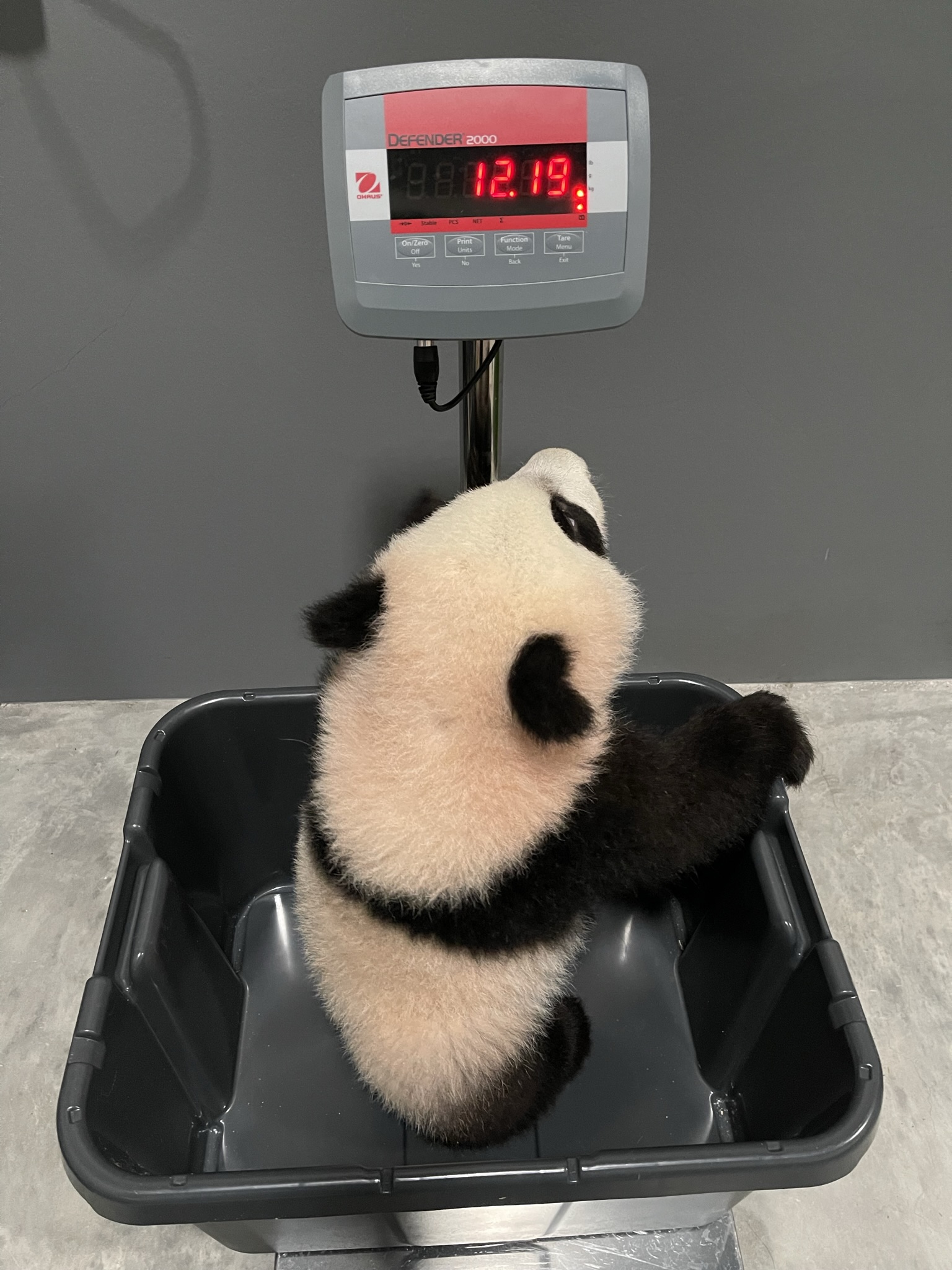 Perhaps Le Le is starting to enjoy bamboos a lot, which are a staple in his diet. 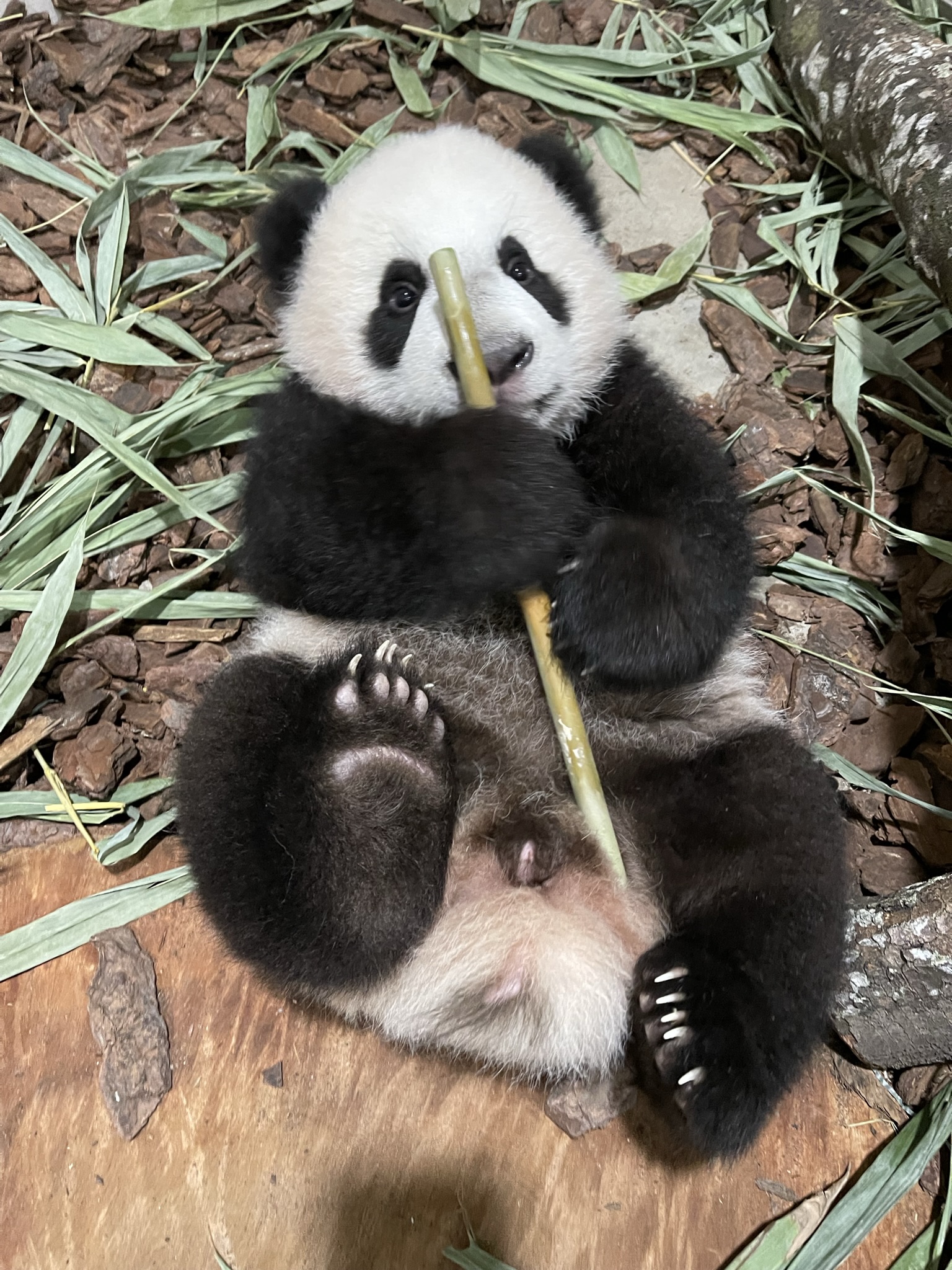 It’s evident from pictures that the 5-month-old enjoys feasting on bamboos a lot. He even seems to have fun just playing around with the bamboo leaves. 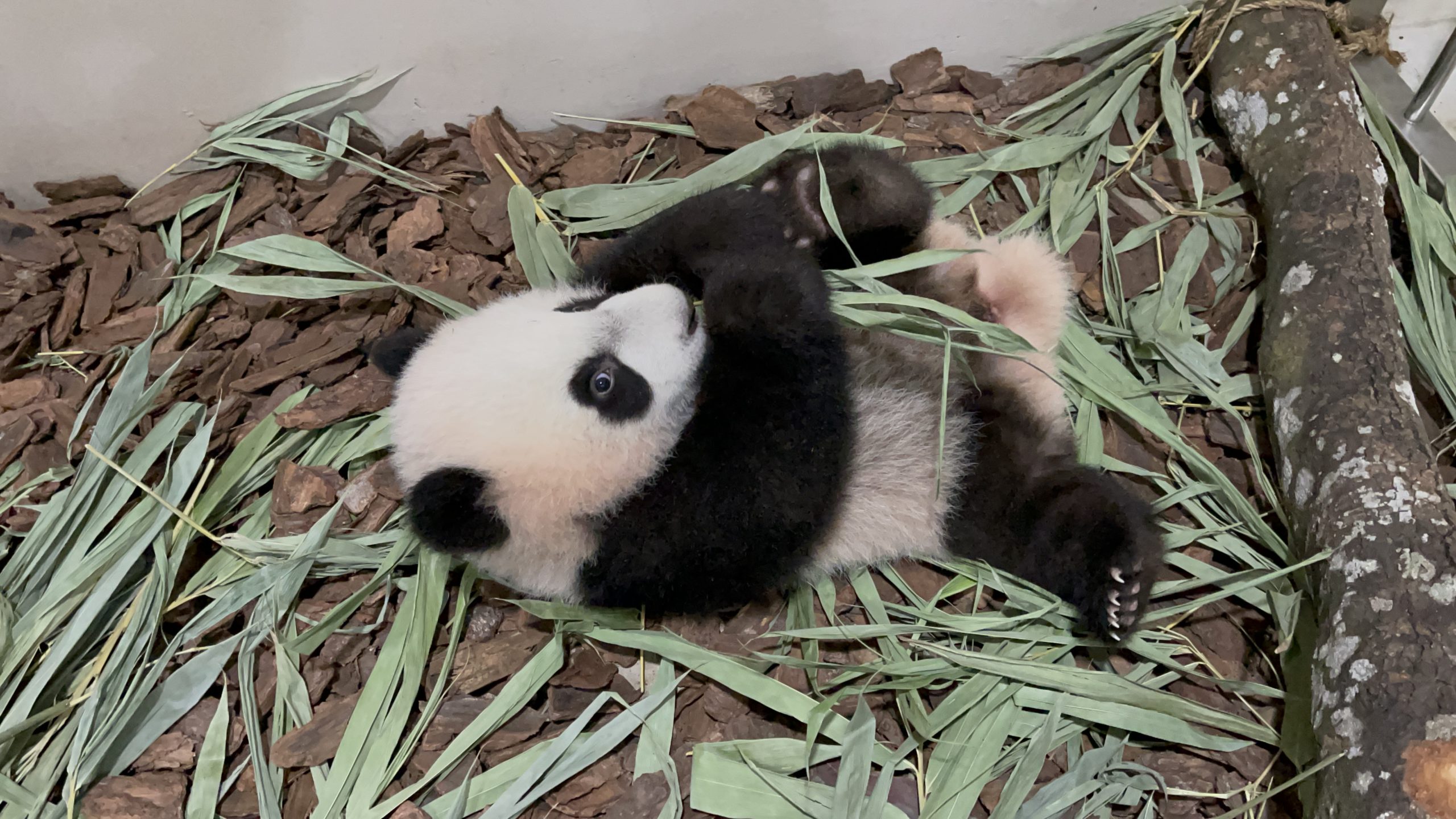 As Le Le continues to grow and get stronger, soon enough, the not-so-little little boy will be able to meet guests in the exhibit with his mum Jia Jia.

From the regular updates that we get, Singapore’s most adored little panda is growing up well.

We’re glad Mandai Wildlife Group keeps track and documents such precious and fleeting moments of his developments so that Singaporeans can be with him every step of the way.

Here’s to hoping we’ll be seeing the little boy with his mother in the exhibit at River Wonders soon.