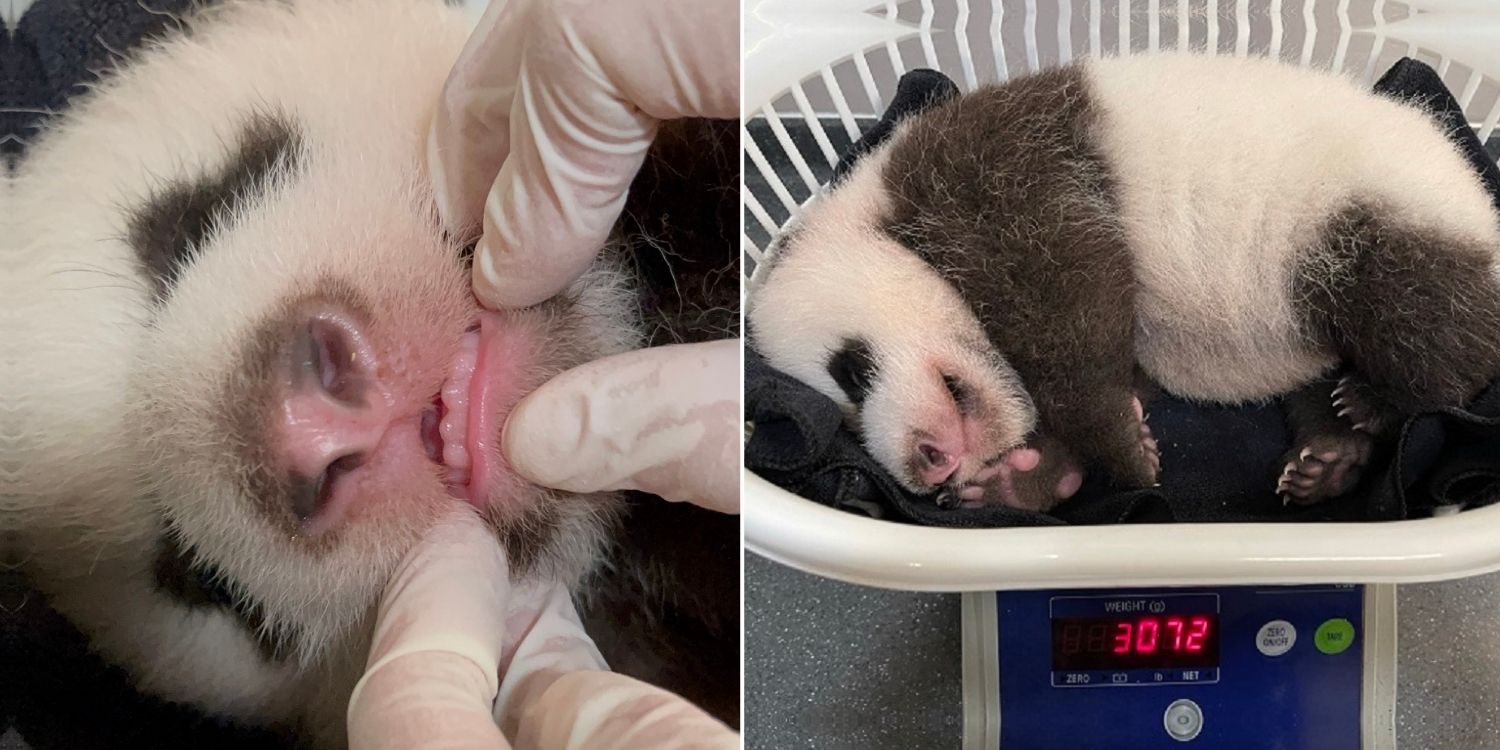 Panda Cub Grows Teeth, May Be Able To Chomp On Bamboo Soon

Seeing little ones grow brings such joy, whether we’re their parents or not. The same can be said about Singapore’s own panda cub at the River Safari, who apparently has grown some teeth now. 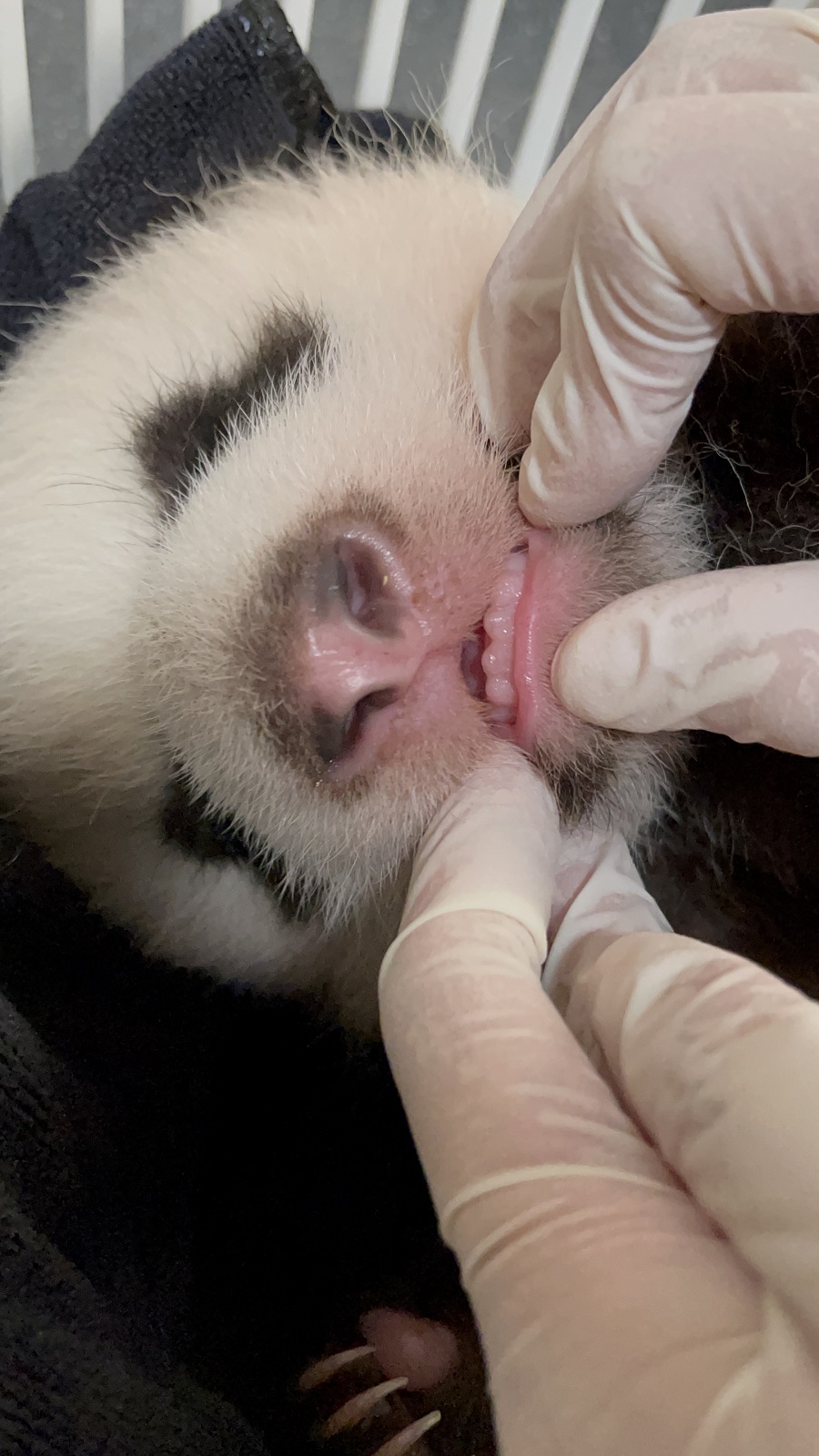 While the cub’s amazing rate of developement so far has certainly taken many of us by surprise, it seems the excitement only continues to grow.

Besides putting on weight, WRS revealed that the baby boy started showing some teeth at just 42 days old.

According to WRS, baby pandas tend to grow teeth only at 3 months old before they can try eating bamboo at 7 months.

So we can safely say that this particular panda cub is making stellar progress.

About a week ago, we reported that the panda cub had grown noticeably bigger than before. It was later revealed that his weight had just about exceeded 2.5kg then.

As staggering as that may sound, the little one continues to get heavier, now tipping the scales at slightly over 3kg. 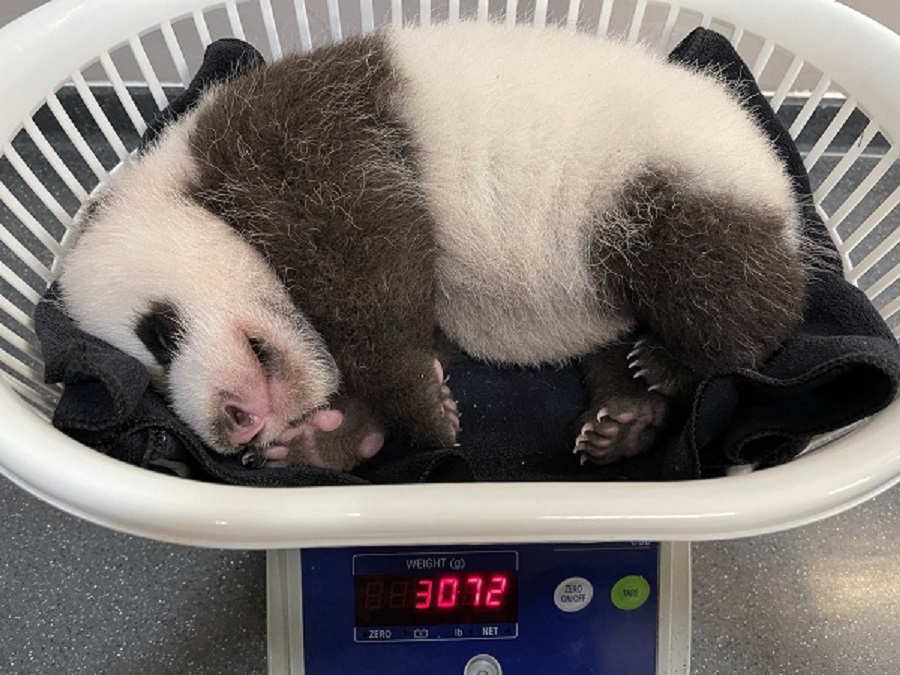 Seeing the caretaker struggle to lift the chonky baby panda is thus to no surprise.

Of course, the cub is also growing length-wise, measuring up to 51.5cm from the tip of his itty bitty nose to the base of his tail. 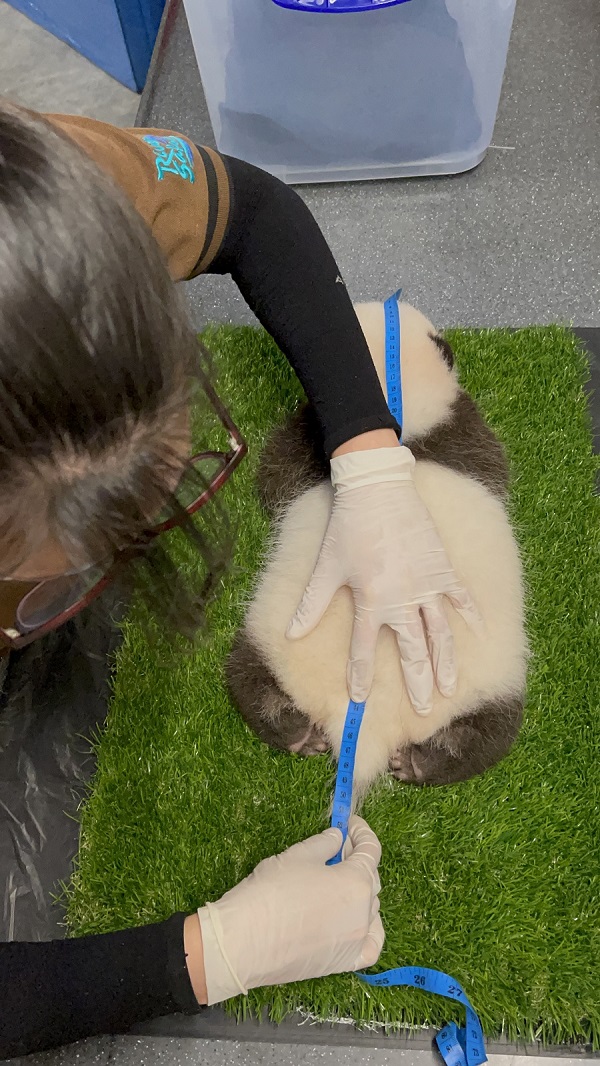 The panda cub’s growth so far is certainly a testament to the love of his mother Jia Jia, as well as the caretakers at River Safari who keep a close eye on the little one.

With all eyes on the little furball, we hope that he’ll continue to grow healthily and thrive under River Safari’s care.