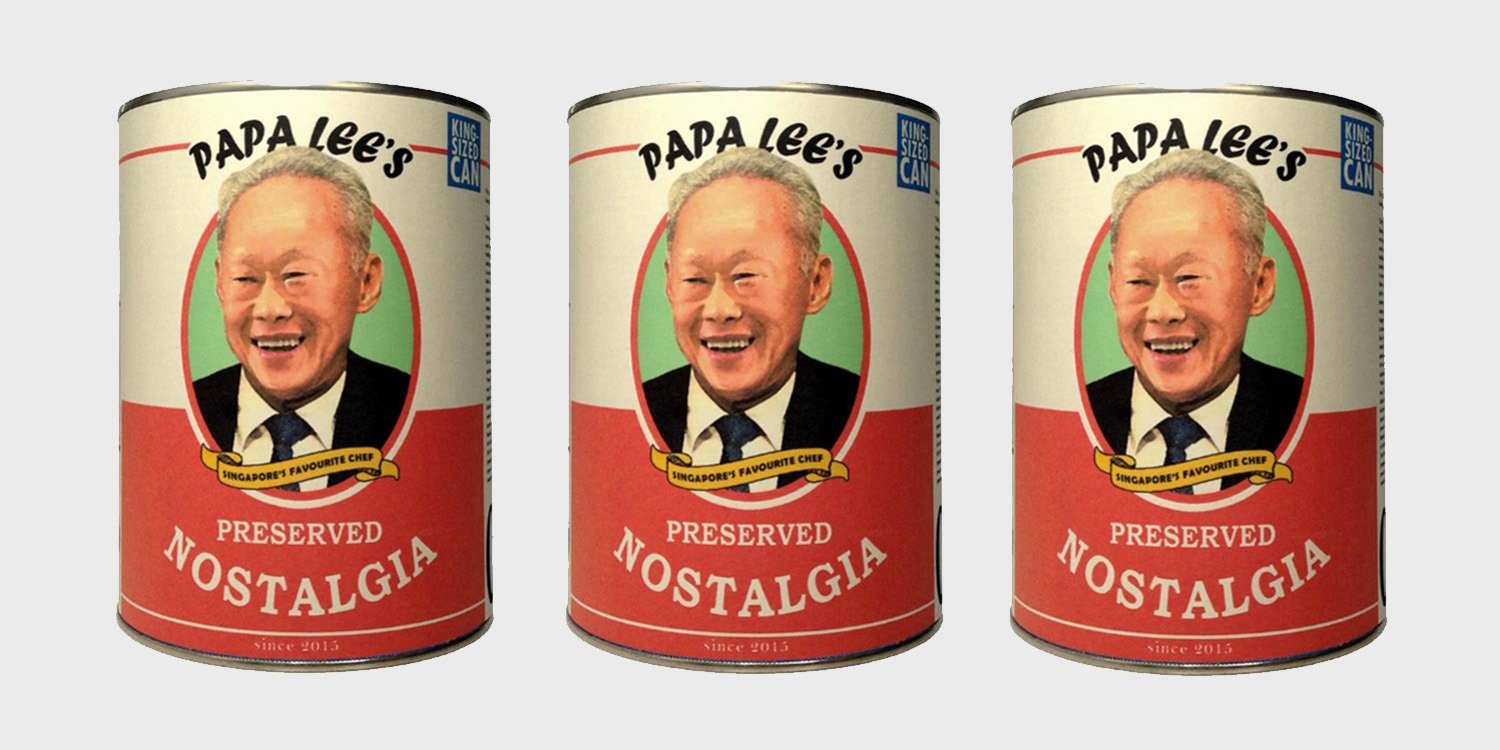 Can Papa Lee nostalgia still give Singaporeans the feels?

When Dutch artist Iskander Walen created his artwork for ‘preserved nostalgia’ in a can, he didn’t hesitate to choose Mr Lee Kuan Yew from Singapore.

He shared in an interview in 2016, a year after Mr Lee’s death, that founding father Lee Kuan Yew represented an era in which this nation was made great.

To many Singaporeans, Mr Lee will forever be associated with “the best of times”, said Mr Walen. 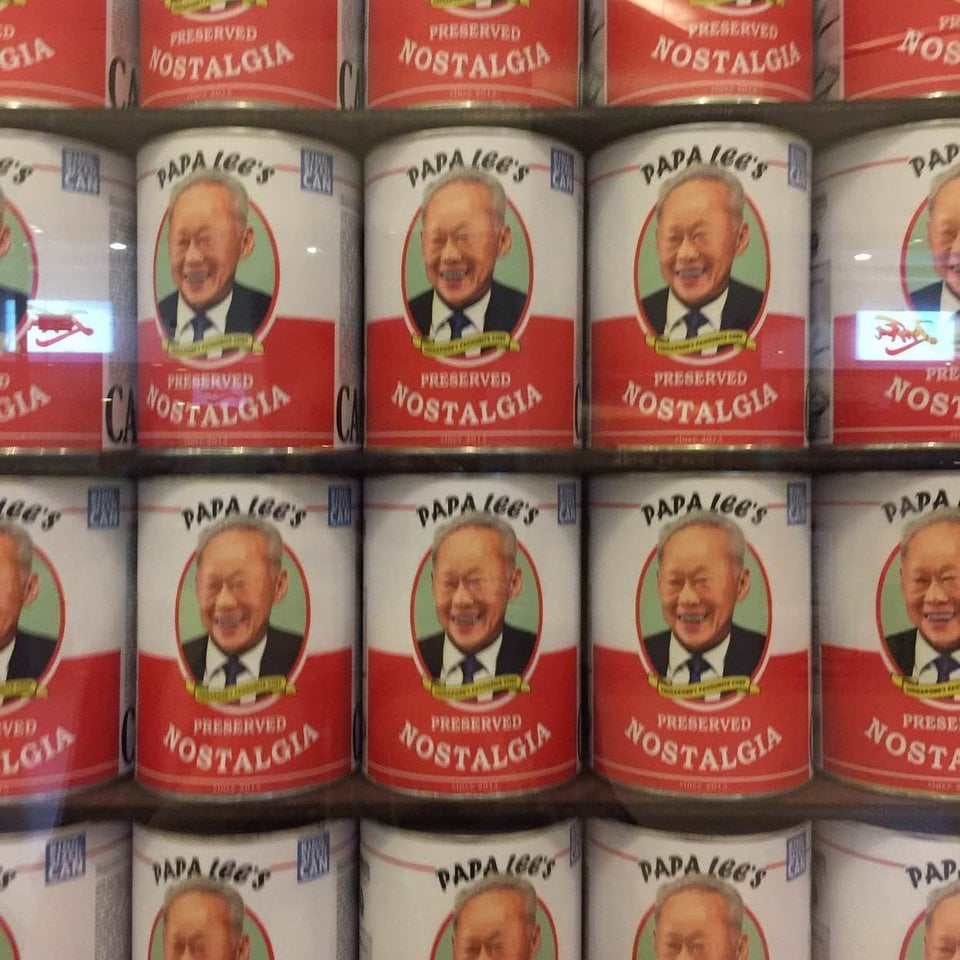 3 years after Mr Lee’s passing, it’s almost uncanny that his image would resurface on Singapore’s Reddit thread in this fashion, but it has.

The Redditor who posted it claims that he spotted these cans during a pop-up art exhibition at the connector between Esplanade MRT and Marina Square shopping mall.

Here’s a snippet of the rich history behind the cheeky artwork.

Singapore-based artist Iskander’s series in 2016 featured prominent figures from around the world on canned food. 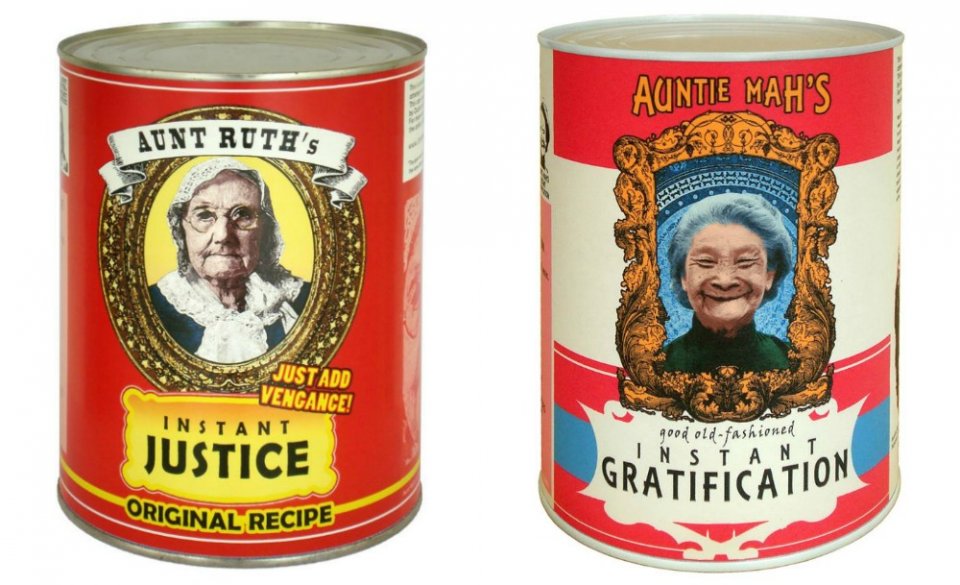 He felt that people were getting addicted to a ‘canned life’, in which an obsession with smart devices played a huge part in promoting instant gratification, similar to how canned food would taste to a hungry person. 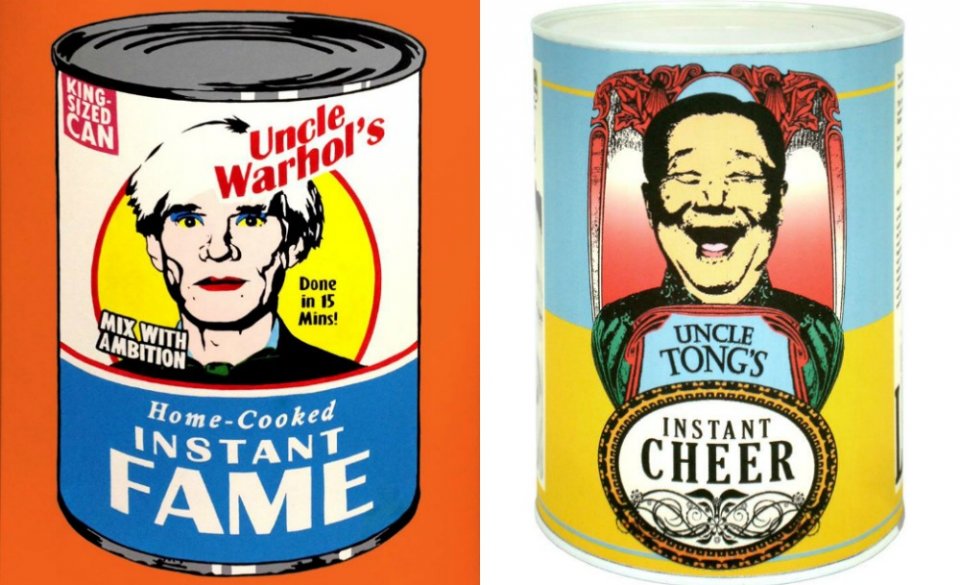 Mr Walen shares that he quickly associates an emotion with celebrities. And when it came to fame, Andy Warhol immediately popped into his mind.

Warhol was not only open about being obsessed with fame, but was wise enough to understand that virality never lasted for long. This also explains why his can was aptly captioned “Done in 15 mins!”. 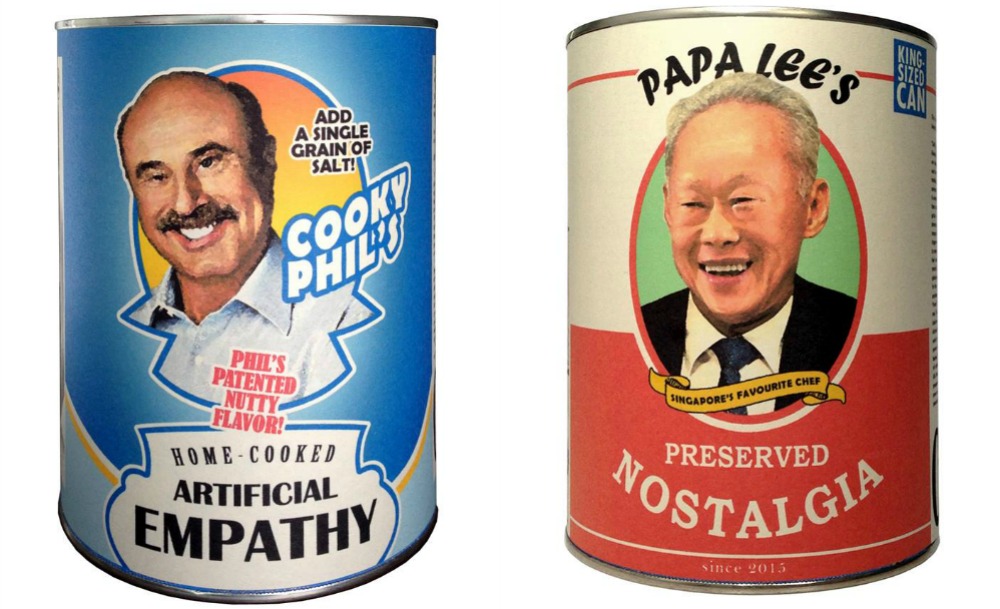 He labelled it, “Home-Cooked Artificial Empathy”, as a reference to allegations that Dr Phil’s popular talk shows are sometimes “exaggerated” or “staged”.

Evidently, Mr Lee Kuan Yew’s version contained one of the more positive messages in this series.

As a young nation, it’s hard to turn away from the blinding nostalgia we feel for the way things were.

But as we grow and forge new paths, this hearty dose of ‘preserved nostalgia’ serves to remind us that we can continue to blaze our own trails.

Even as we fondly remember the pioneers who made today possible. 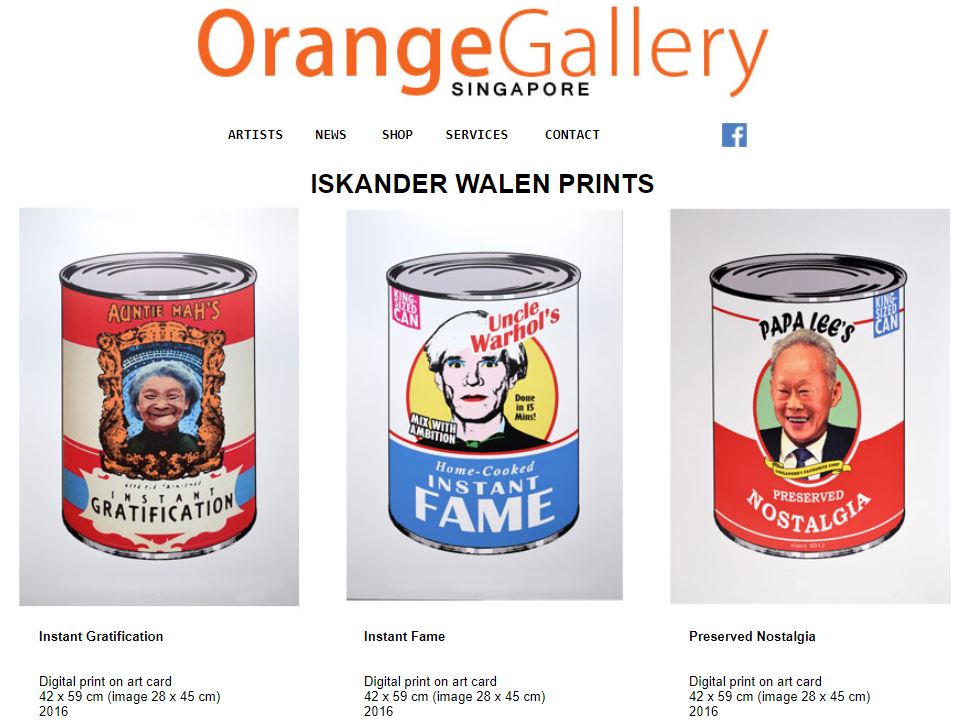 If you’re interested in getting the prints for this online, check out Orange Gallery‘s shop here.