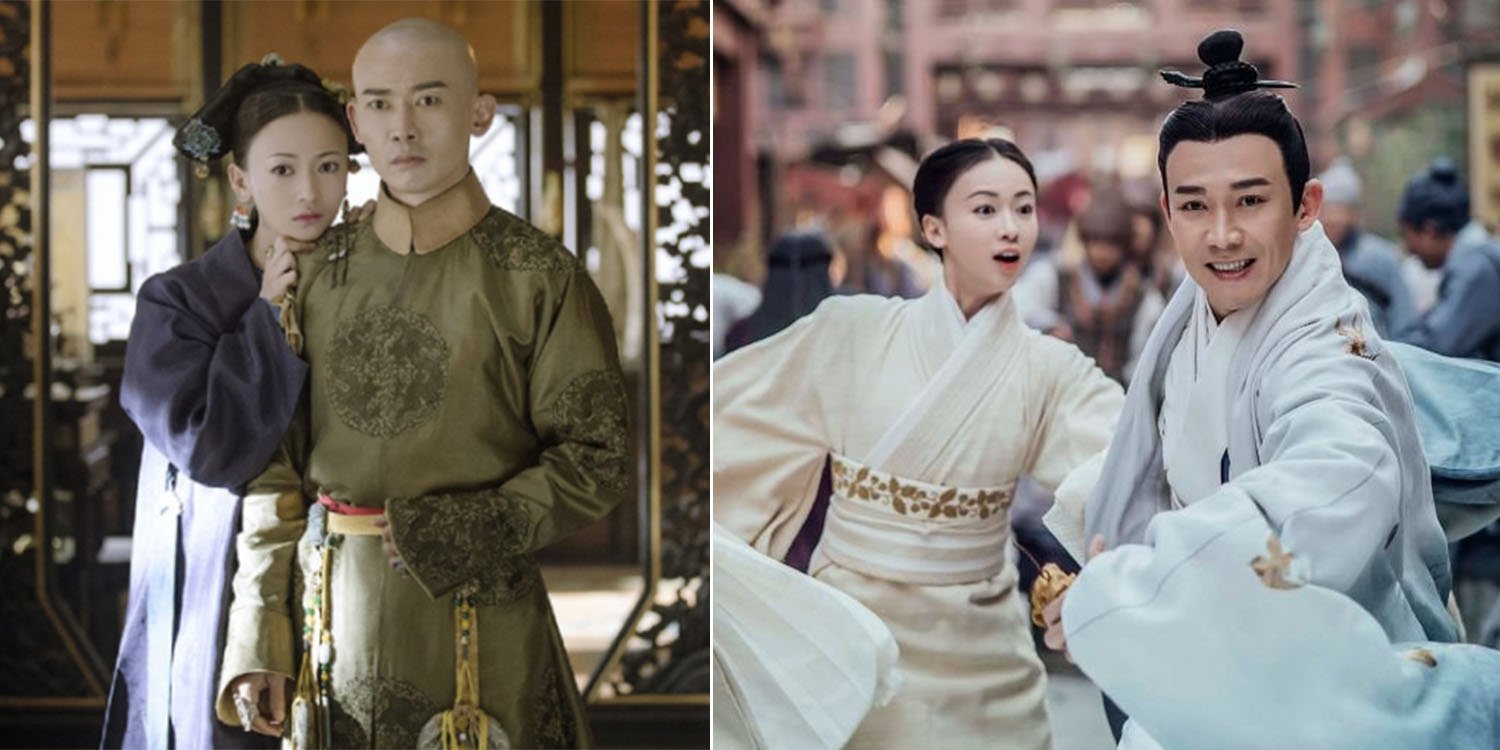 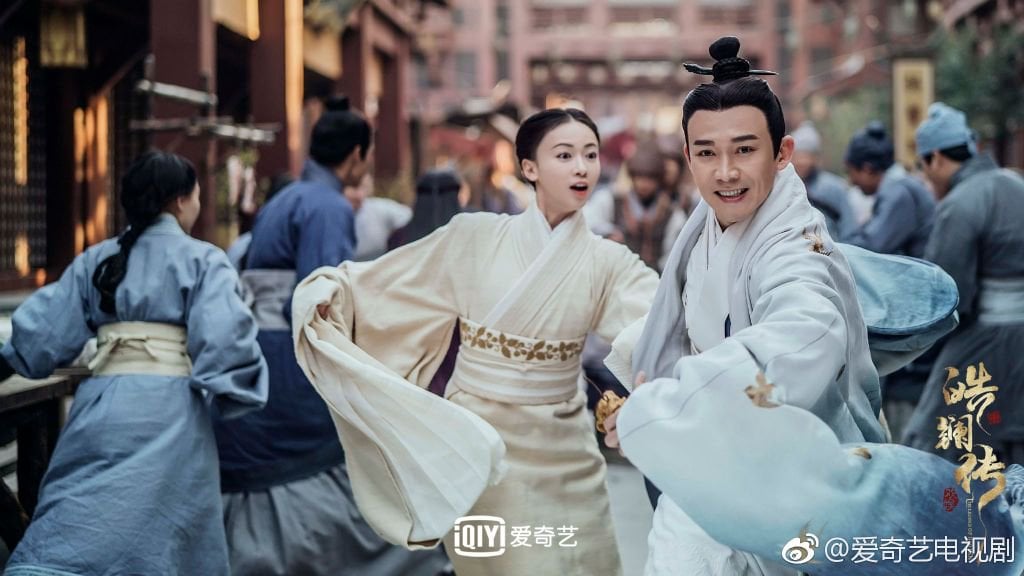 To tide you over the long wait for a Yanxi Palace sequel, ‘Legend of Hao Lan’ is a mini-reunion of the beloved cast you never knew you needed. 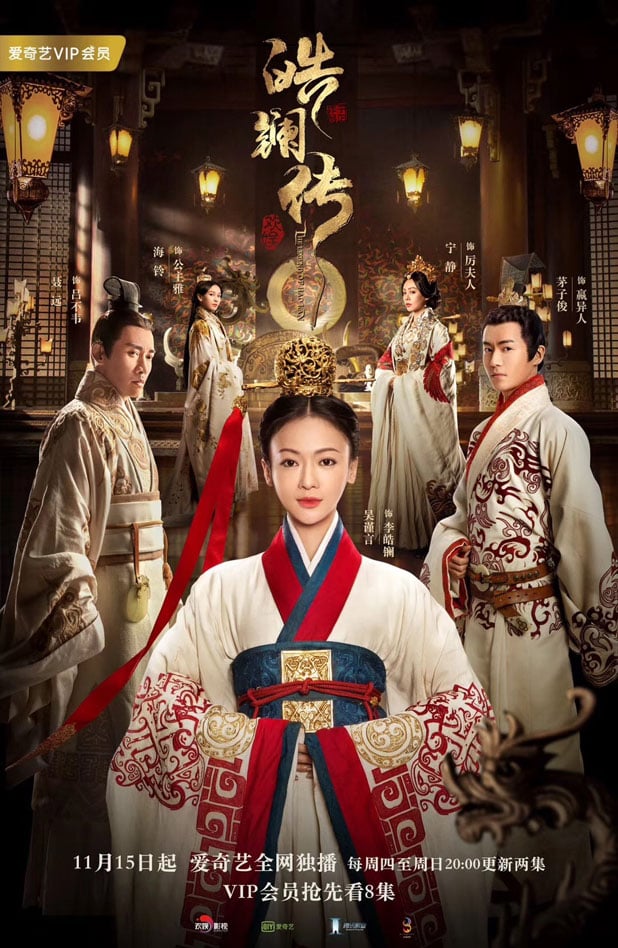 The 62-episode drama has been playing since 19 Jan (Sat) at 8pm, on Hub Drama First Channel 860 and Go Select on StarHubGo.

Here’s a quick rundown of the show’s razer sharp plot, and reinvention of our favourite actors and actresses into completely different characters. 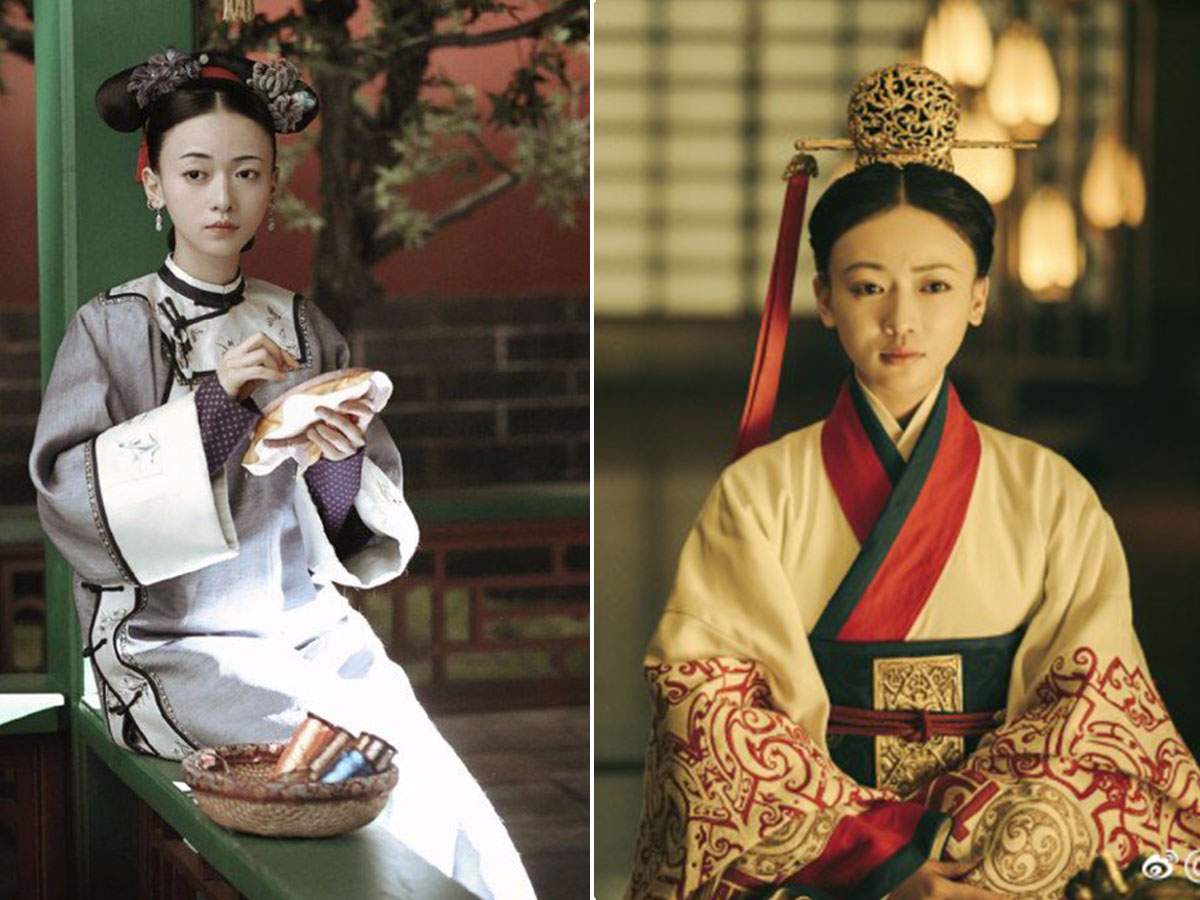 She eventually births the first emperor who unites China, Qin Shi Huang, securing a place in the annals of China’s history.

The strong female protagonist trope is somewhat similar to her previous starring role in Yanxi Palace as Wei Yingluo. Only this time, Li Hao Lan is driven by a different motivation — love, rather than survival. 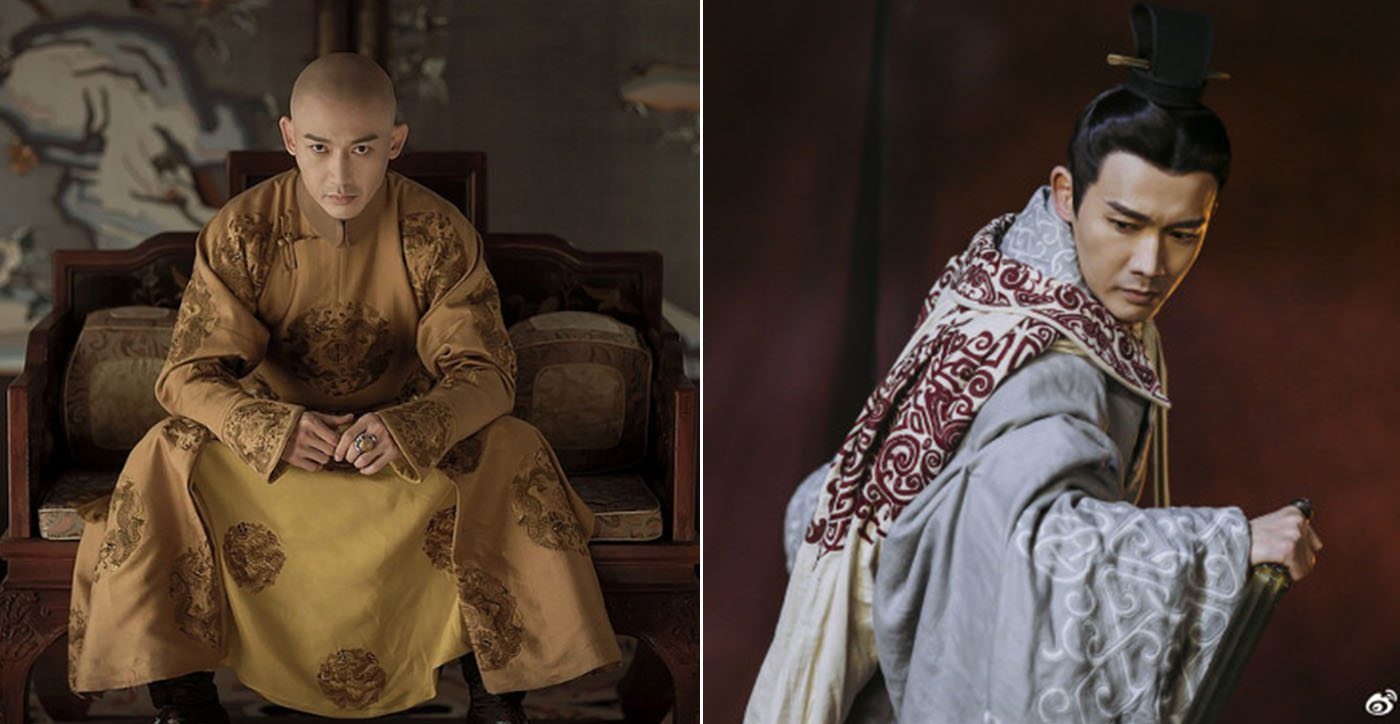 Actor Nie Yuan’s turn as the charming Emperor Qianlong won the hearts of his fans.

This time, he’s been stripped of the power that comes by virtue of his birth, in his role as a lowly merchant from the Wei kingdom named Lü Buwei.

Ambitious, cunning, sly and extremely intelligent, he plots to help his chosen protégé Ying Yiren ascend the throne in Qin.

But first, he has to navigate his complex relationship with Hao Lan. And answer to his new boss — played by the same actor who was his Head Eunuch in Yanxi Palace. 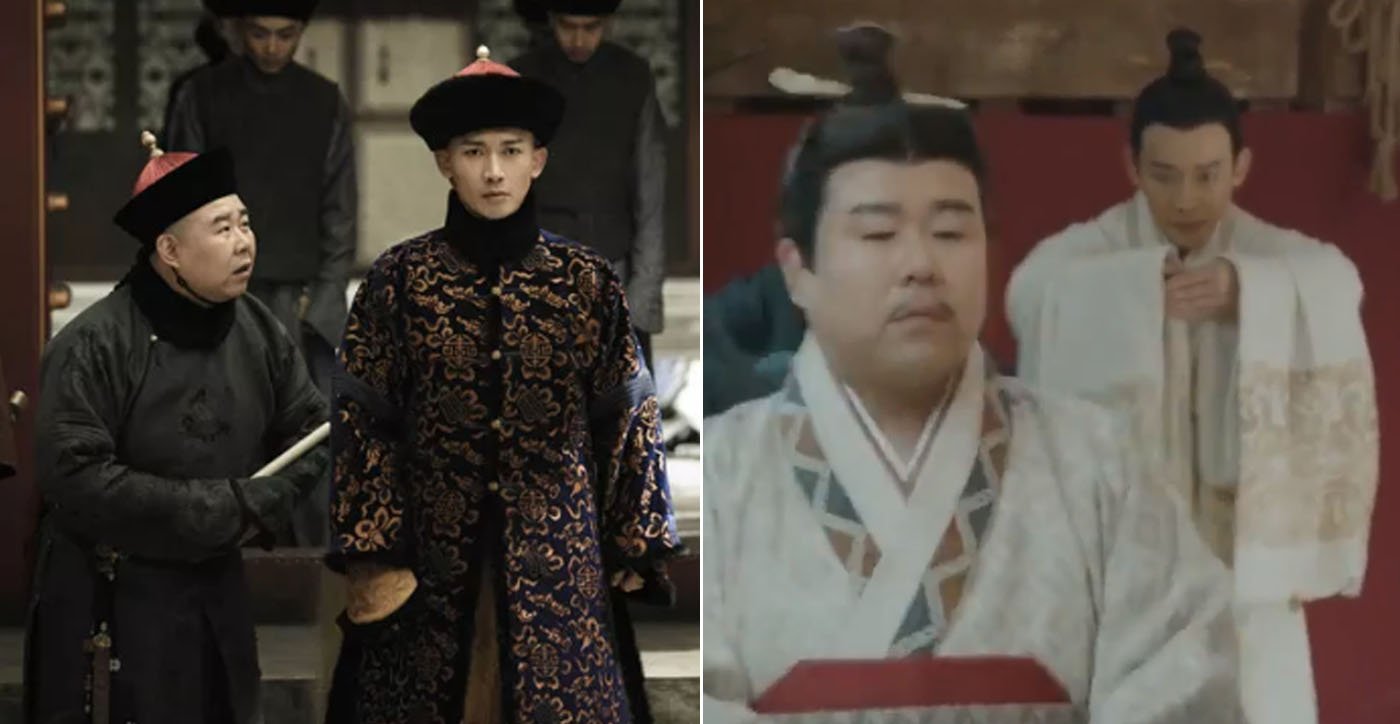 From a eunuch responsible for comic relief in Yanxi Palace to the Prime Minister of Zhao and Lu Buwei’s new boss, actor Liu Enshang now exudes gravitas in his role.

There’s no doubt that hilarious irony will ensue onscreen when Lü Buwei panders for favour from his ‘ex-eunuch’.

Talk about a complete role reversal. 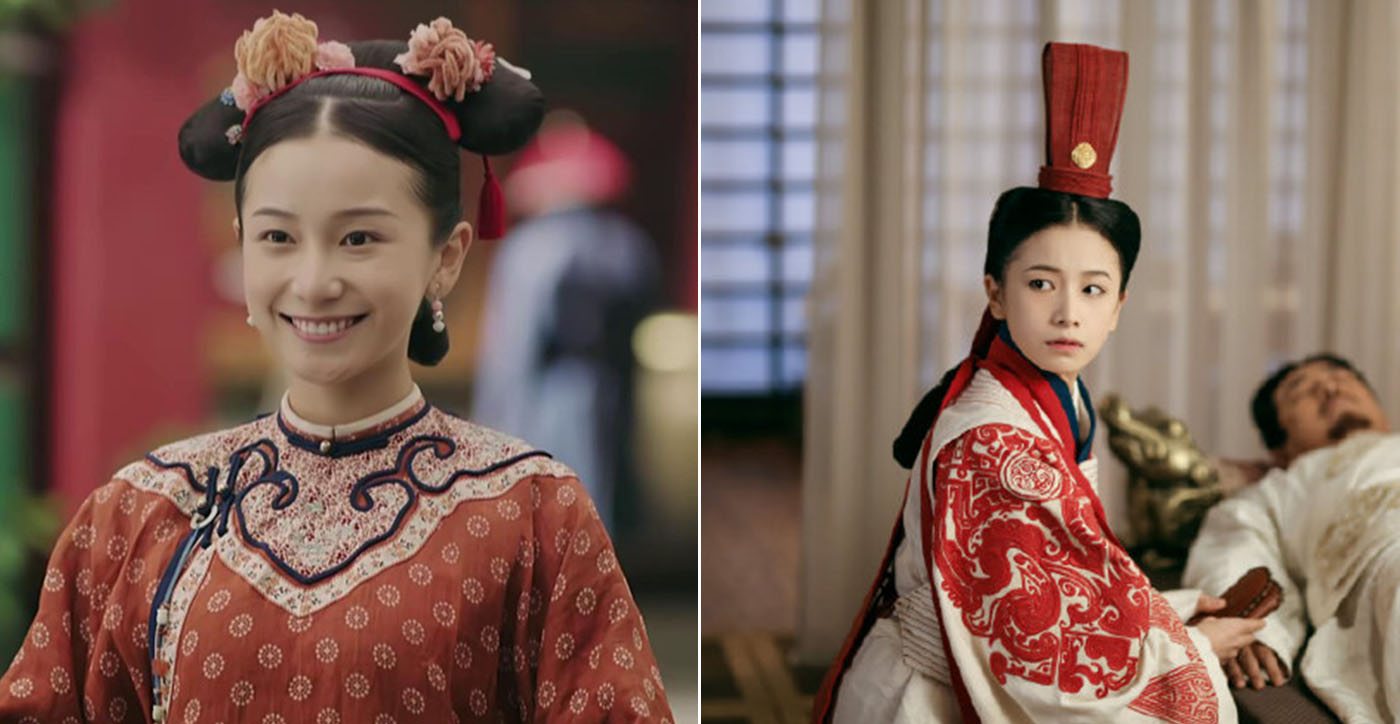 Ironically, she’s now gone from being pricked by needles from evil concubines, to pricking others with needles as an imperial palace doctor packing a stern temper and potty mouth.

She’ll be lucky in love this time with at least 2 eligible suitors, so we hope Yin Xiao Chun gets the romantic ending she deserves.

If not, at least she’ll still get to be BFFs with Li Hao Lan. 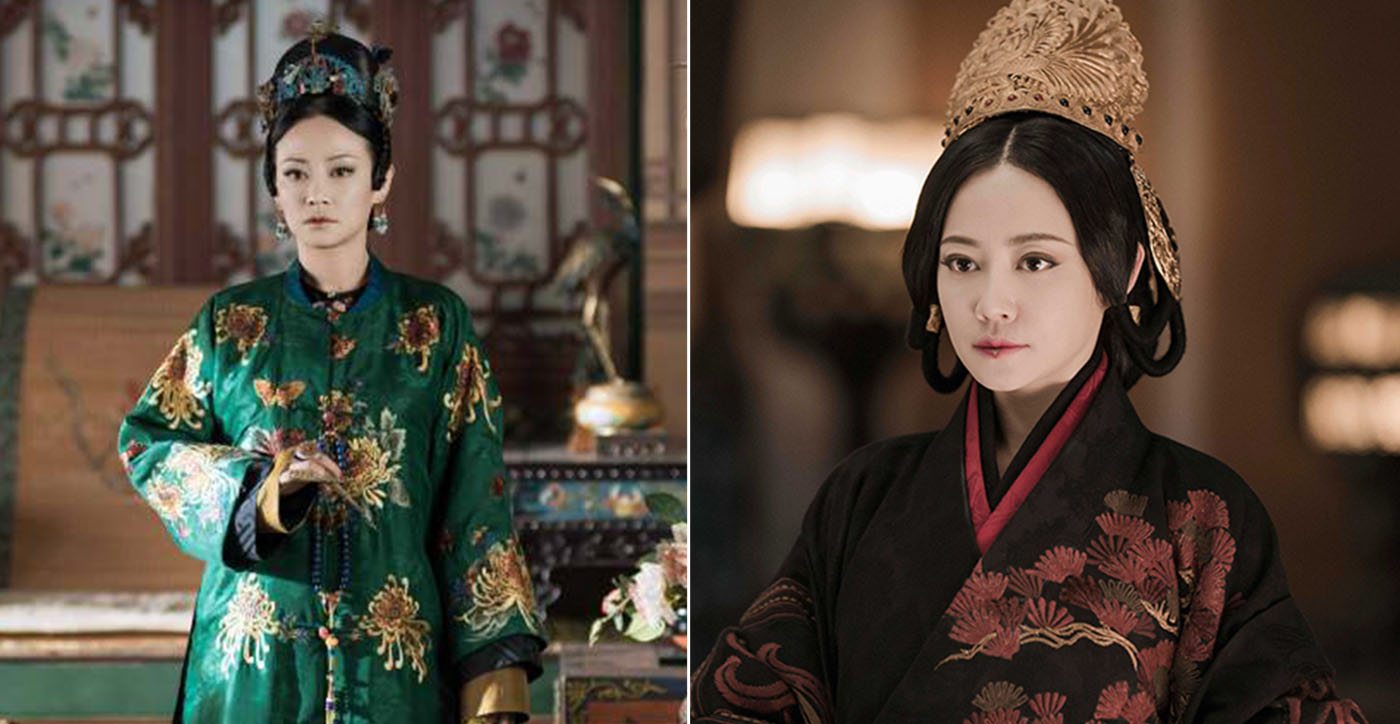 Consort Gao, played by Tan Zhuo in Yanxi Palace was a scheming character who stopped at nothing to retain the affections of the emperor.

She also always seemed to eye the Empress’ position. In Legend of Hao Lan, she’s the favoured consort of An Guo Jun, King Xiaowen of Qin.

Gao Fei also gets to become an Empress finally – even if it’s for a little while – as her character will be queen, when her beau takes the throne. 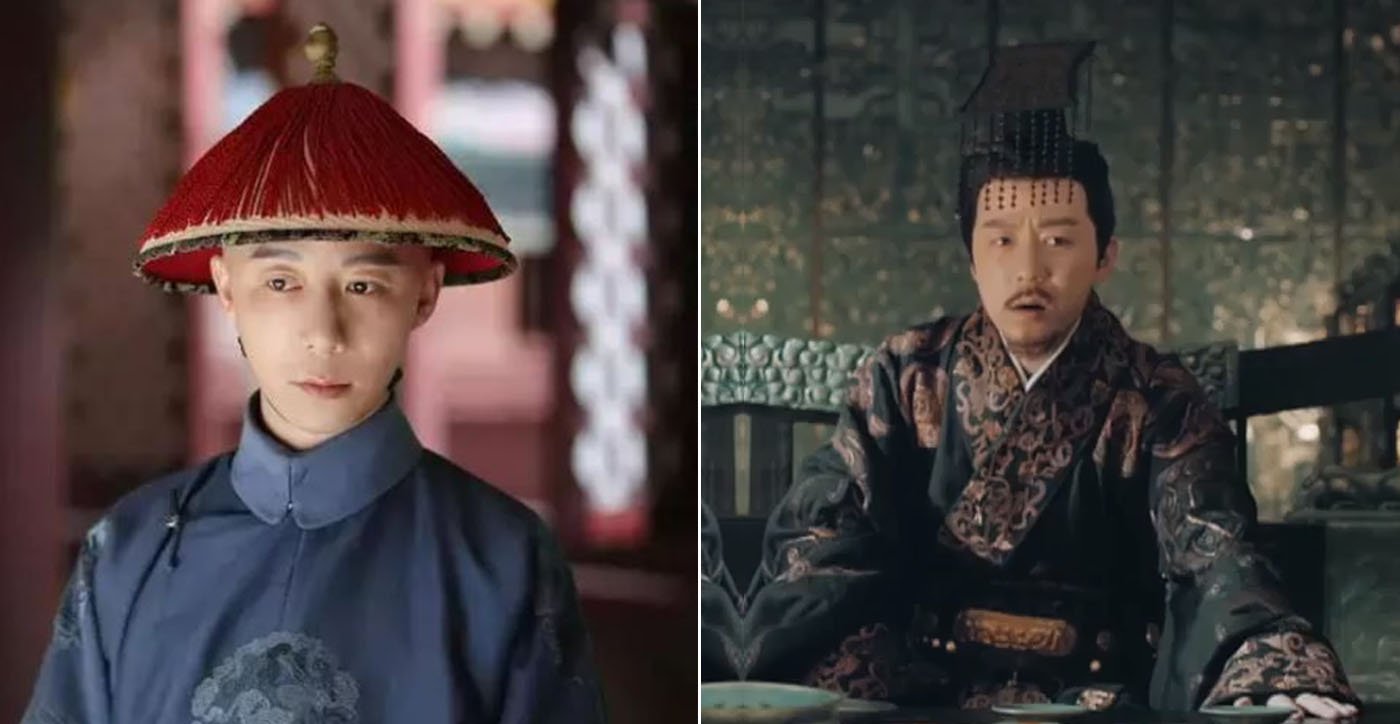 The sworn brother of our homegirl in Yanxi Palace became the main villain of the second act of the epic drama, when jealousy got the better of him.

As a eunuch, he wasn’t considered a ‘real man’ either. But his fate is vastly different in the new film.

As the Crown Prince of Qin, he has a whopping 27 sons and a legit claim to the throne — he’s even romancing Consort Gao from the previous drama. 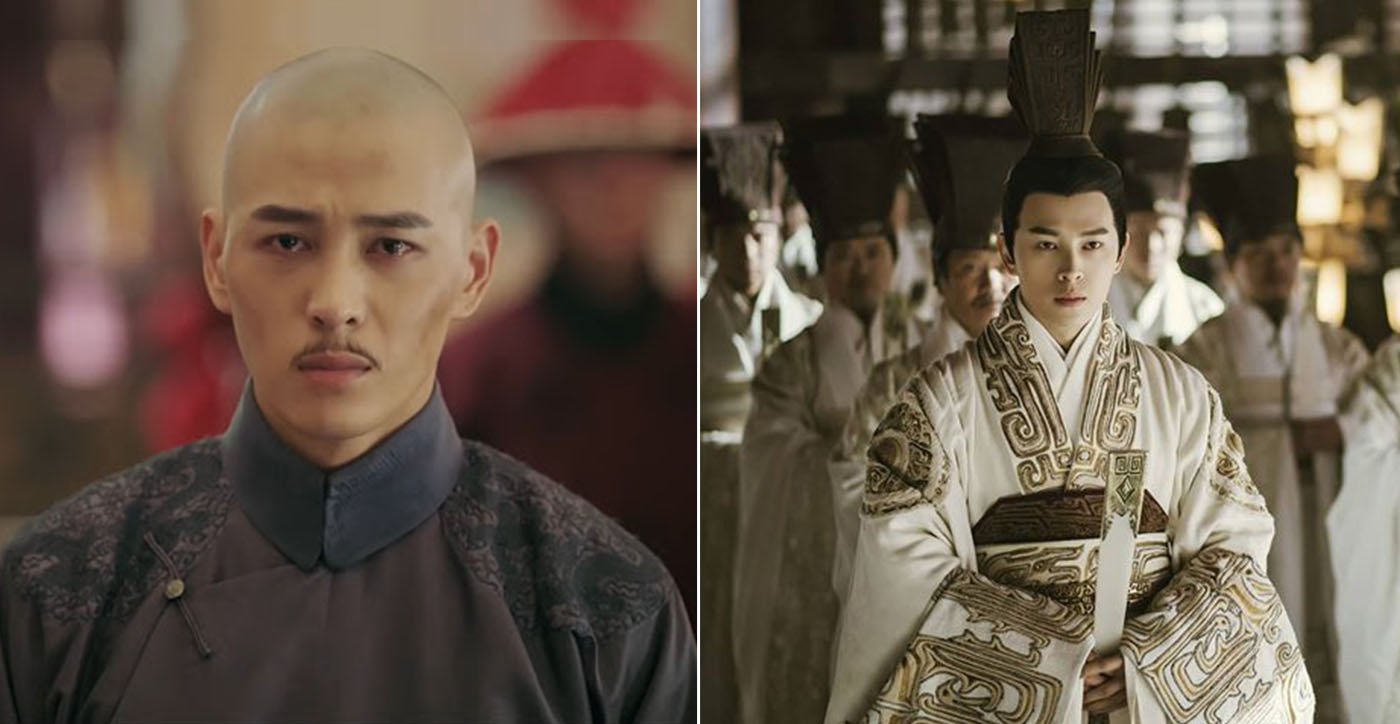 Some actors are born to play princes — Hong Yao is one of them.

Prince Jiao is less devious than Prince He from Yanxi Palace, but his intentions are no less pure when it comes to our female protagonist.

This time around, Hao Lan actually does romance the Prince — but only on her terms, as he plays her first love in the Zhao Kingdom.

He also becomes a primary antagonist in Legend of Hao Lan, due to his ambitions for the throne. 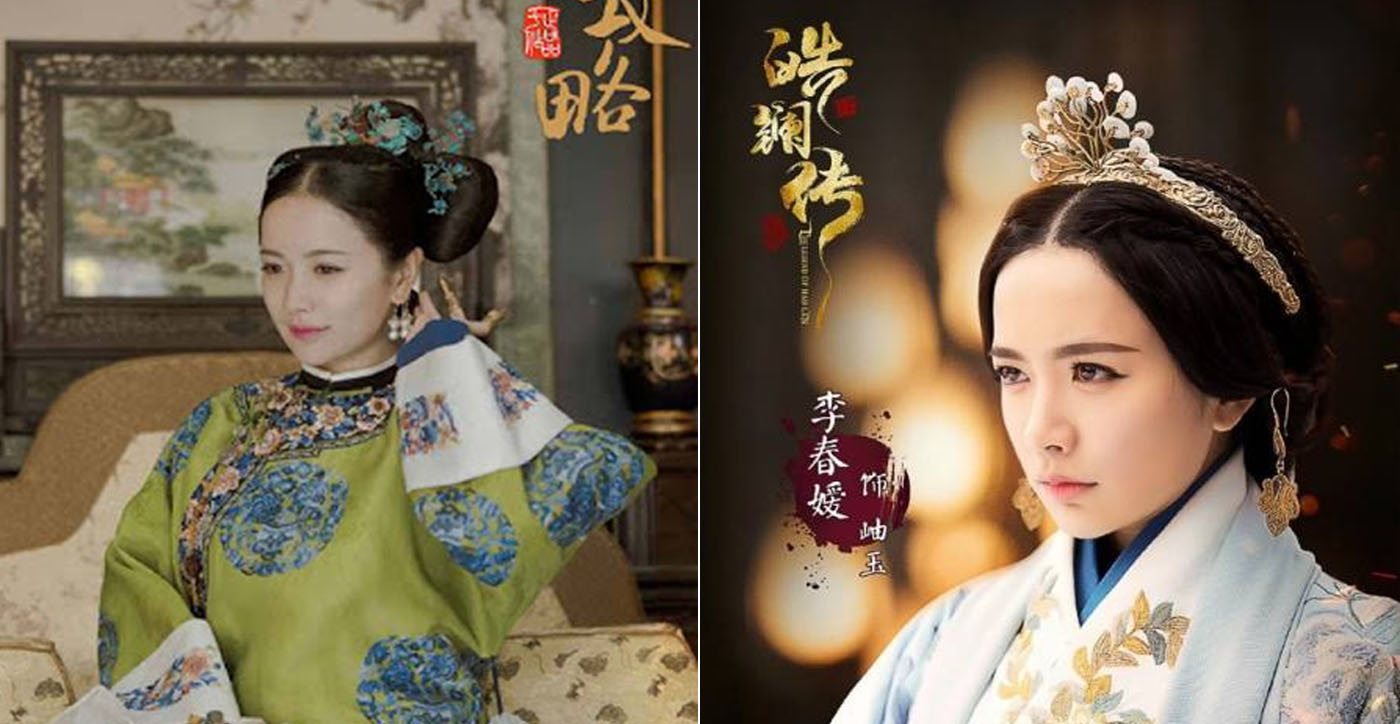 This time, she plays the half-sister to our female lead in a 3-way love triangle between Prince Jiao and Hao Lan.

But the loss of the sisterly love they shared when they were younger, will become a major driving force for her villainous and eventually tragic turn as Xiu Yu. So her dramatic rebirth as a jealous queen’s attendant alongside Hao Lan, promises to unfold in an entertaining way onscreen.

Ironically, she’s no longer a noble lady but now a maid’s attendant. But we think she’ll really get a chance to stretch her acting chops. 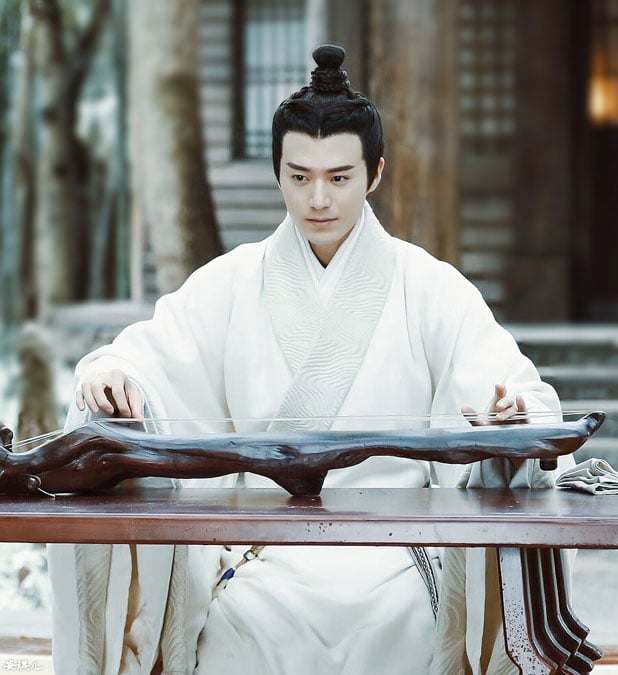 Prince Yi Ren masks his intelligence and motives with a naturally genteel demeanour, so he won’t be considered a threat as a hostage within the Zhao Kingdom. 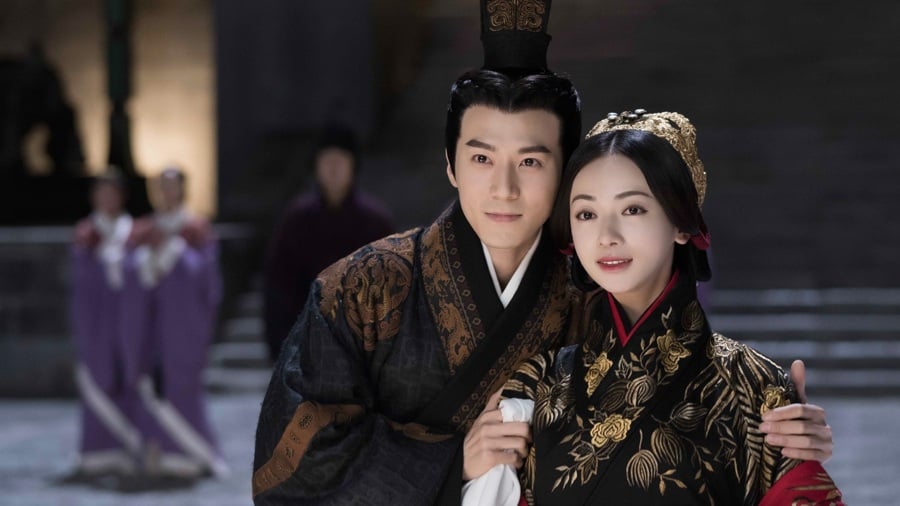 He is the second candidate vying for Hao Lan’s affections, and the audiences’ as well.

In many ways, Legend of Hao Lan – set in the 5 Warring States era before the unification of China – is a Yanxi Palace prequel of sorts.

Since we’d do almost anything to return to the immersive world of palace drama intrigue, breathtaking sets and OSTs, this is a great filler while we wait for an official Yanxi Palace sequel.

Legend of Hao Lan is now showing at 8pm from Sat-Tues, and 2 episodes are released each day on iQiyi’s streaming platform.

You’ll also have something other your relationship status to discuss with all your kaypoh aunties during CNY.

With about 20 episodes of homework, you might as well start catching up now.