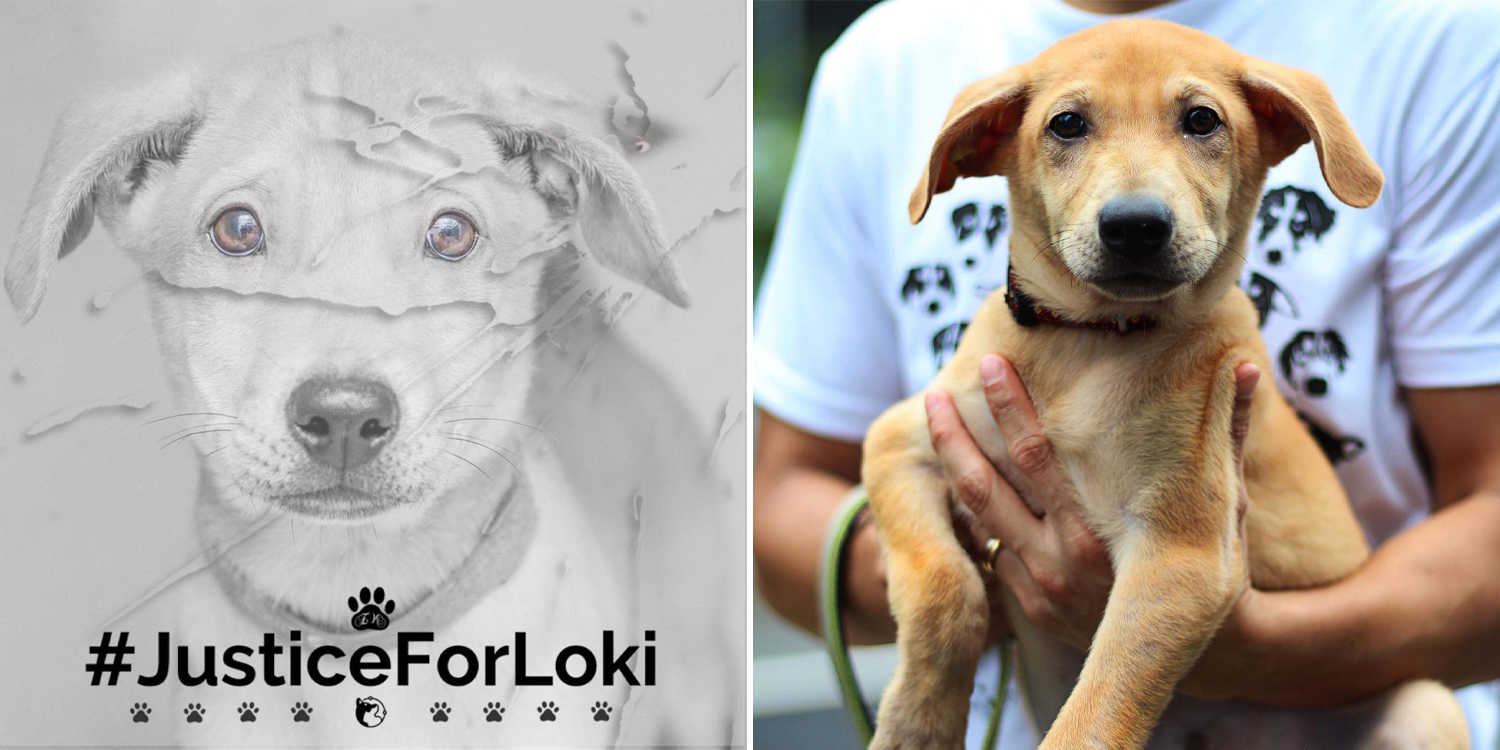 Exclusively Mongrels Will Continue To Push For Clearer Euthanasia Guidelines

The euthanasia case involving Loki – a mongrel – has been the talk of the town since news broke about the incident in May.

On Thursday (5 Nov), Exclusive Mongrels Limited shared on Facebook that the lawsuit has since been discontinued.

Despite dropping the case, Exclusive Mongrels Limited promises to continue pushing for clearer guidelines with regard to euthanasia.

The lawsuit was initially filed over a breach of the adoption agreement. The owners had apparently chosen to euthanise Loki without informing the welfare group which they adopted Loki from.

Initially, the lawsuit served as an opportunity for the animal welfare group to seek justice for Loki, ensuring that its death was not in vain. 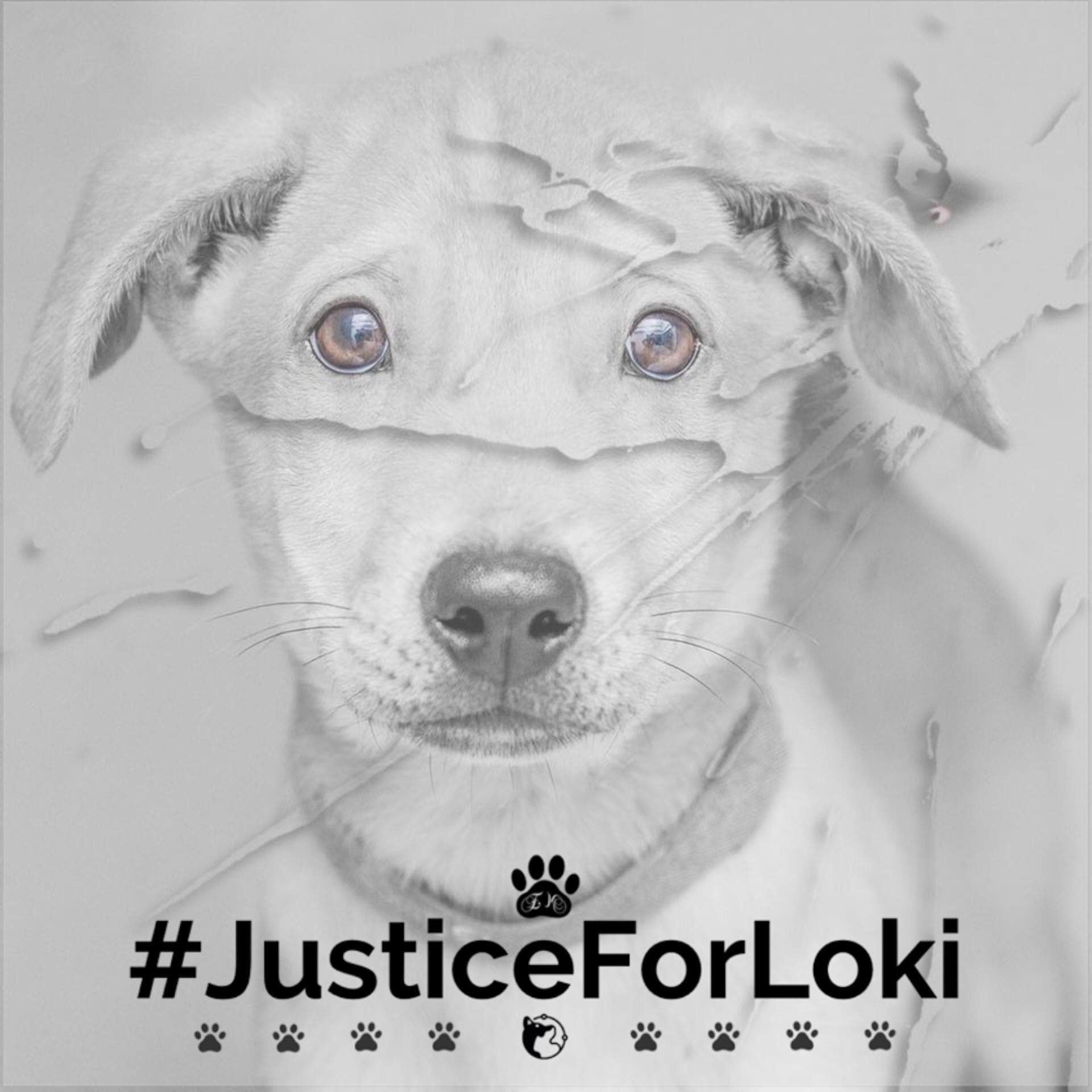 It was also part of a bigger movement which aims to drive home the message that euthanasia should always be the last resort.

However, after mediation sessions between the 2 parties, they decided to settle and discontinue the lawsuit.

As part of the settlement, Mr Parker will donate $1,000 to Noah’s Ark CARES Singapore, an organisation which rehomes adoptable stray cats and dogs.

The charity was specially chosen by Exclusively Mongrels Limited

Making his own statement, Mr Parker also addressed the situation on Facebook. 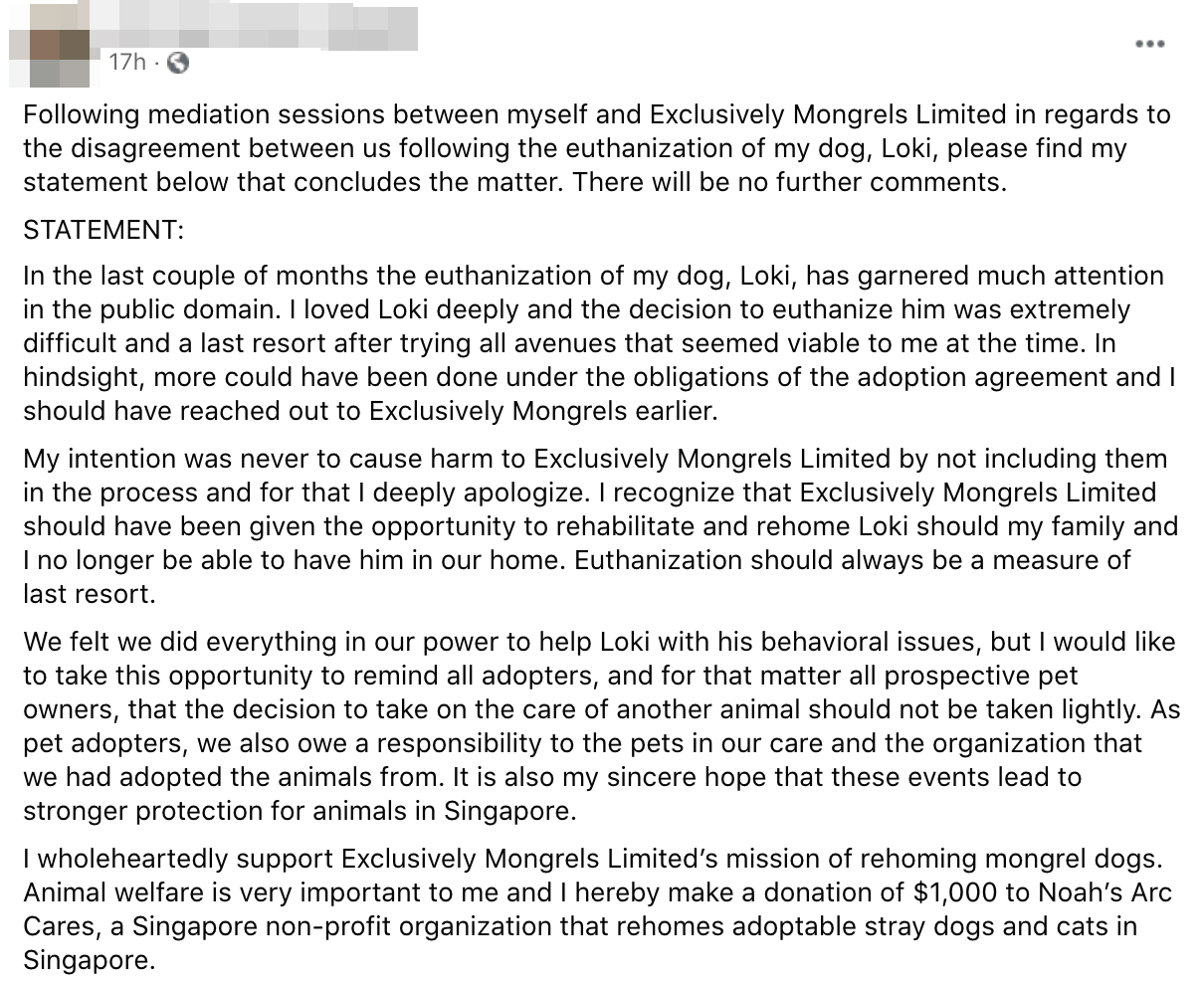 In the statement, he apologised to Exclusively Mongrels Limited for not including them in the “process”.

Mr Parker also acknowledged that Exclusively Mongrels Limited should have had the chance to rehome Loki and that euthanisation is a last resort.

He also took the opportunity to remind current and prospective pet owners of the responsibility involved in caring for their pets.

Ending his statement, he affirmed his support for Exclusively Mongrels Limited and their cause of rehoming mongrel dogs.

Though Exclusively Mongrels Limited will not be continuing with Loki’s case, they emphasised that the biggest fight is not over. 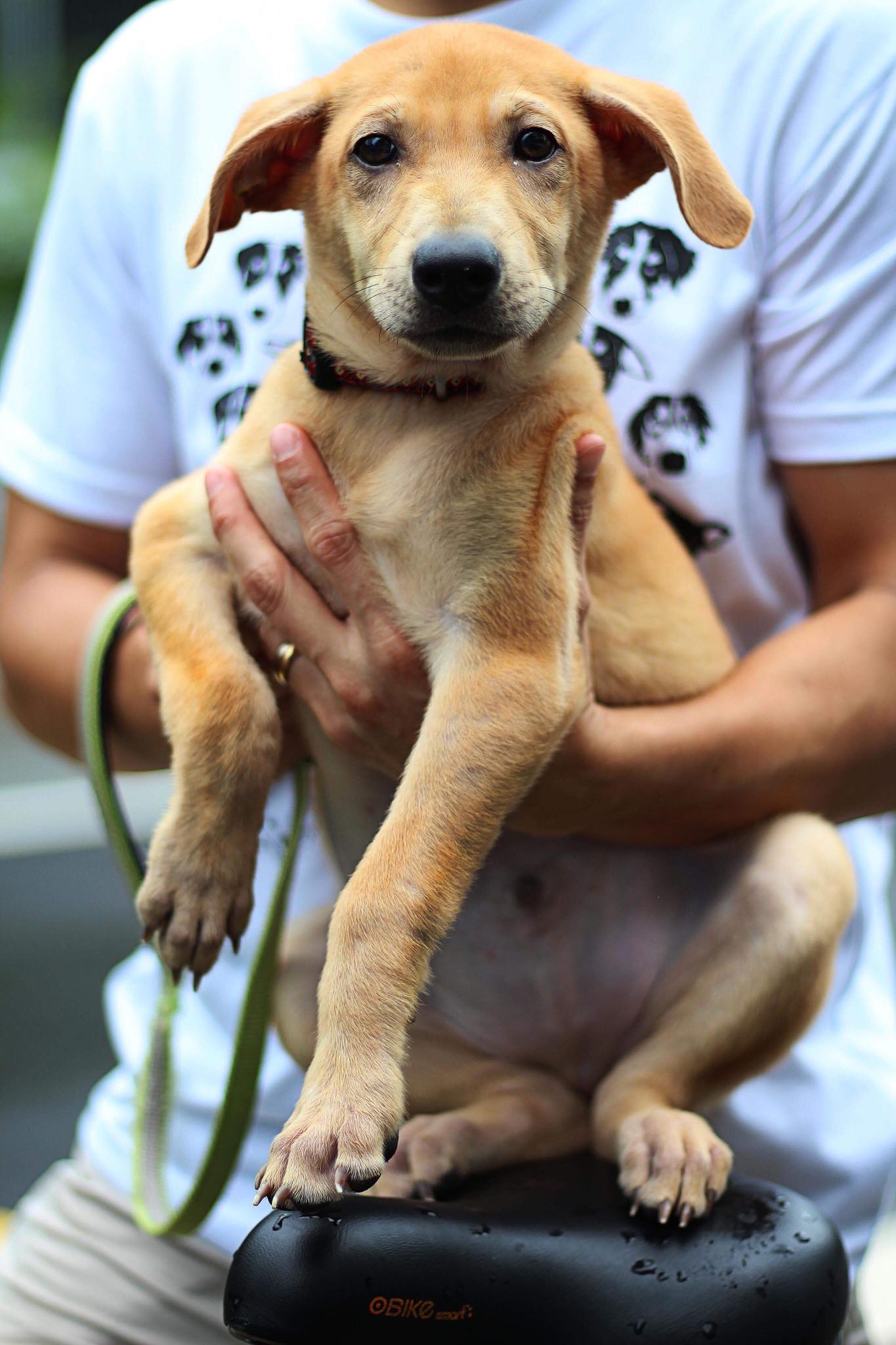 In their court statement, they promised to continue pushing for stronger and clearer guidelines surrounding euthanization. 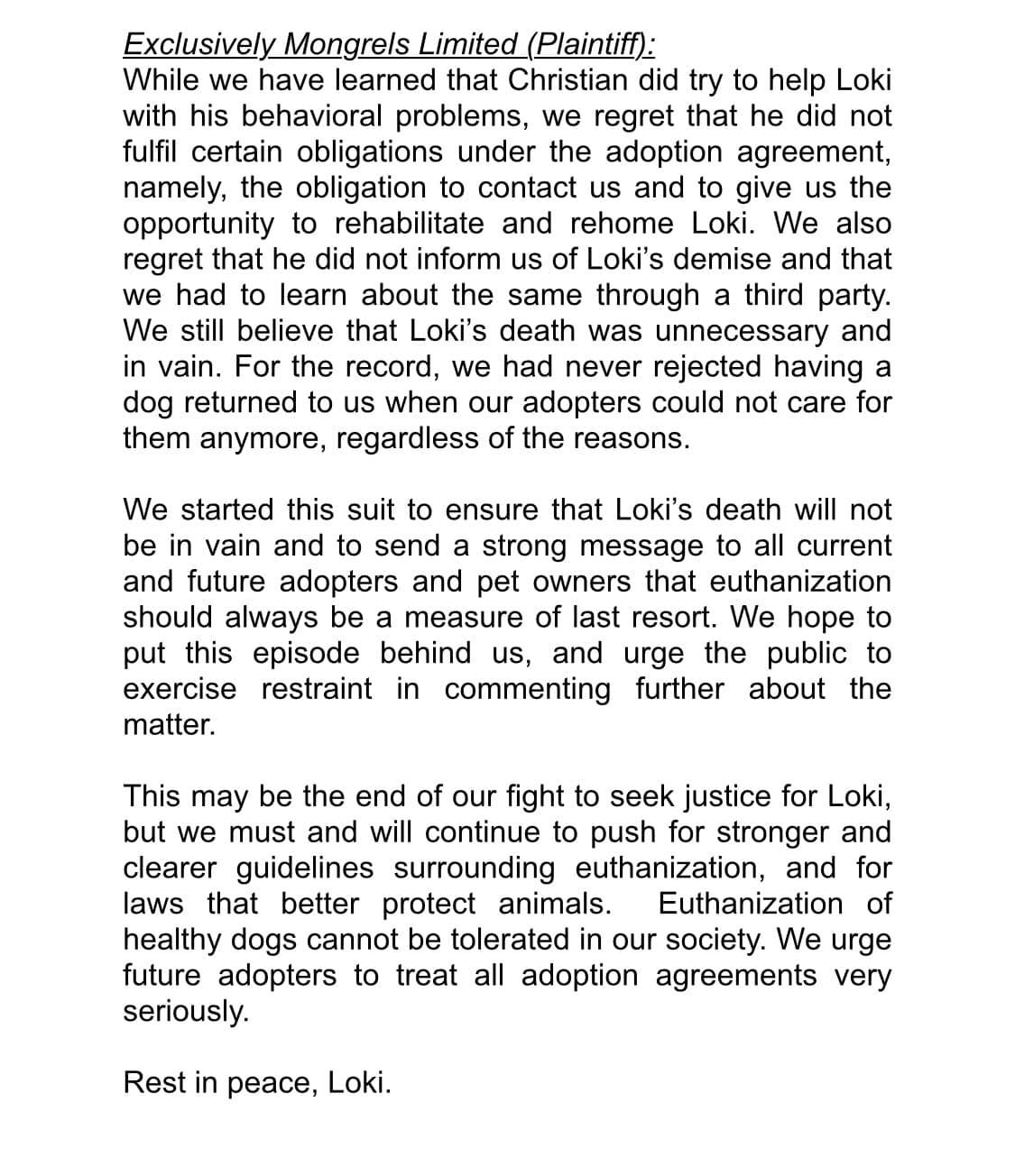 They added that laws need to better protect animals and healthy dogs should not be put down.

As they put this matter to rest, they urged the public not to comment further on Loki’s case.

We hope the end of the lawsuit would bring closure to both parties.

At the end of the day, though Loki is no longer around, the issue around proper guidelines of euthanasia of dogs is gradually progressing as it is raised into public consciousness.

Legislation may change in time to come, but ultimately, it is important for all pet owners to remember the responsibility and commitment they have to ensure the safety and welfare of their pets.