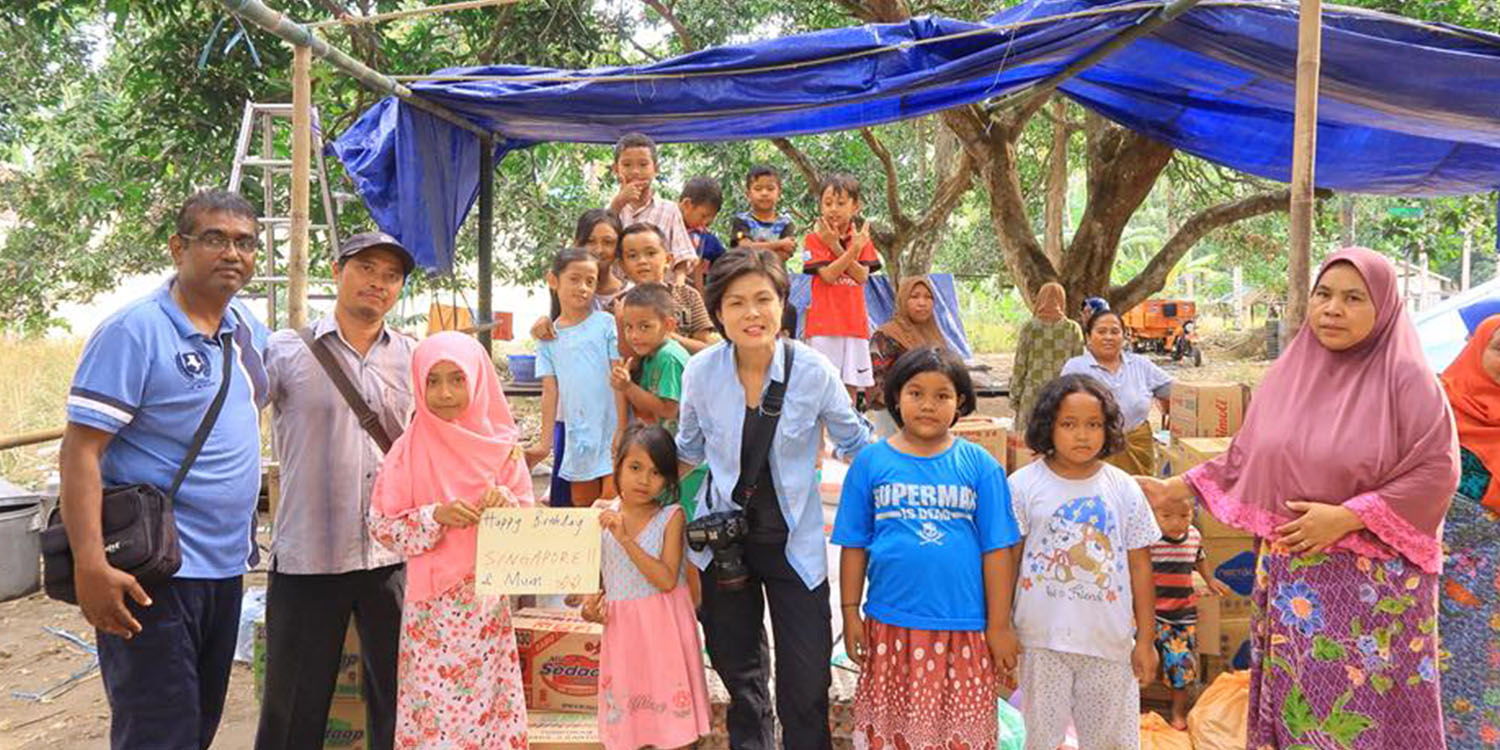 A humanitarian crisis is looming in Lombok as thousands are homeless and in dire need of clean water, food, shelter and medicine, after several earthquakes struck the Indonesian island this week.

The latest earthquake measured 6.2 on the Richter scale and struck the island on Thursday (9 Aug).

Officials estimate the death toll to be at 300.

As holidaygoers steer clear of the island, some Singaporeans have rolled up their sleeves to do their part for our neighbours.

Led by Ms Lee Siew Yan, two other volunteers have flown to Lombok to assist residents on the ground, despite the very real risk of further quakes and aftershocks.

The other volunteers flying the Singapore flag high are:

Ms Lee is aged 43. The trio’s visit was facilitated by the Singapore Red Cross and they arrived in Lombok on Wednesday (8 Aug).

They have since given out more than 3,200kg of rice and other essentials, among them cooking oil and bottled water.

Despite being hundreds of miles away, Ms Lee was keenly aware that yesterday was National Day – as well as her mother’s 74th birthday.

Here’s how she commemorated both milestones: 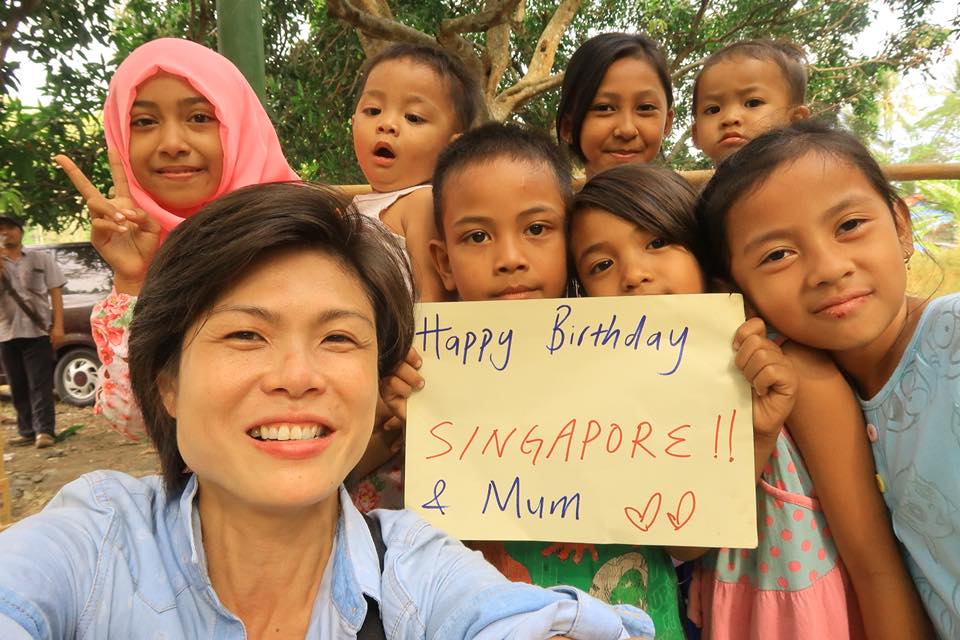 Caught in the quake

Unfortunately, they were caught in an earthquake later that day. The team was at a market in west Lombok when they felt the ground shake.

Ms Lee shared a video of the earthquake on Facebook:

The video shows locals running out of a market, with many reciting prayers and calling loved ones. Ms Lee is seen bringing an elderly woman towards safety. An earlier earthquake left cracks in walls and roofs, weakening the market and making it more susceptible to collapse.

This isn’t the first time that Ms Lee has been on the ground in less-developed nations. She was part of a relief effort to help victims of the disastrous earthquake in Nepal in 2015.

And she had been planning a journey to Lombok in September as a volunteer from A New Vision, a non-profit organisation that combats blindness.

But after Sunday’s earthquake, she learnt of unequal distribution of aid around Lombok. She decided to step in and try to help the island’s villagers who were seemingly forgotten by authorities.

You can do your part too

It’s heartwarming to see Singaporeans stepping up to help those in Lombok – and reassuring to know that you can you do your part too.

But don’t jump on the next plane to Lombok – you might be more hindrance than help, says Ms Lee. She adds,

My appeal to the public is to give their help through relief agencies or to people they trust. Do not come to Lombok untrained or unprepared.

You can make online donations here through the Red Cross. We at MustShareNews extend our condolences to the victims of the earthquake.