Singaporean Hitchhikes 27,000km To Make It Home For National Day

Singaporean Man Hitchhikes From London To Singapore In 8 Months

It’s every hitchhiker’s worst nightmare: finding yourself stranded by the road, unable to get a ride.

That’s the situation 34-year-old backpacker Mr Muhammad Sufian Mohamed Adam was in for 2 whole days, when in Lanzhou, northeastern China. His story first appeared in The New Paper.

But two words changed his fate, almost by magic. “From Singapore”. Once he held up a sign saying with those words, a car stopped for him in just 10 minutes.

Since none had stopped for him over the past 2 days, he concluded,

Wow being Singaporean is powerful… a luxury. 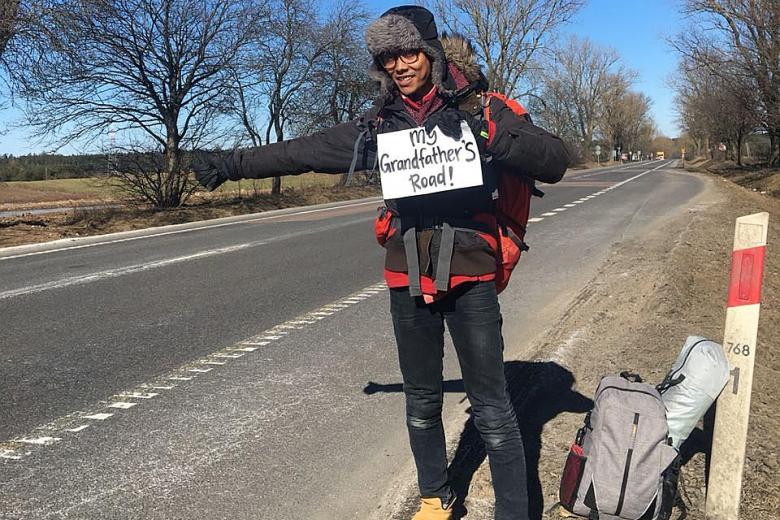 (from Mr Muhammad Sufian Mohamed Adam via The New Paper)

Mr Sufian’s journey is filled with colourful anecdotes like this. Leaving his job in fashion 3 years ago, he decided to put his career on hold and explore the world outside Singapore.

He snagged a cheap one-way ticket from Kuala Lumpur to London last December. After spending a glorious week in London, he hitchhiked towards Singapore.

He was inspired by Mr Artur Nitribitt, a Polish man who made headlines with his 25,000km journey hitchhiking from Poland to Singapore.

With that in mind, Mr Sufian travelled across 21 countries, clocking 27,000km. 8 months later, he’s on track to make it home in time for the National Day fireworks.

You may think this man is out of his mind, but on the contrary, Mr Sufian says that the journey has been extremely fulfilling.

Mr Sufian had a tight budget of S$3,500 for his entire trip. In other words, he had only $10 to spend every day on food and necessities.

Money might have denied him visits to fancy museums or monuments, but he had the opportunity to meet warm and hospital people. And to him, that’s priceless.

To scrimp and save, he camped, couchsurfed and even took on odd jobs for extra cash. Surprisingly, these jobs ended up being more Singapore-centric than he thought they would be.

In Lithuania, he lectured students about Singapore’s history and in Thailand, he taught English to primary school students using the Singapore flag as a teaching tool. Talk about flying our flag high. 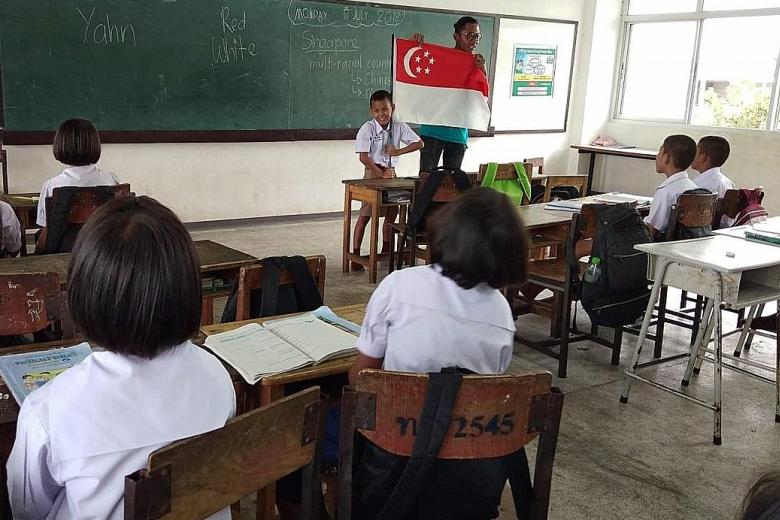 (from Mr Muhammad Sufian Mohamed Adam via The New Paper)

A few mishaps on the road

Like every traveller, his journey featured ups and downs: he was robbed of a pack of cigarettes by homeless children in France, pickpocketed of a power bank during a carnival in Switzerland, and even had his tent and sleeping bag stolen from him in Belgium.

But he did not let these misfortunes dampen his spirit or contain his wanderlust. Instead, he saw the positive side of people, especially the drivers who shuttled him from city to city.

These drivers, he feels, are often genuine souls in search of a companion on their long journeys. Much like Mr Sufian himself.

8 months later, he returns to Singapore on National Day with a fresh perspective – and a message to fellow Singaporeans:

Switch off the television, pack (your) bags and start travelling while (you) still can.

Featured image from The New Paper.