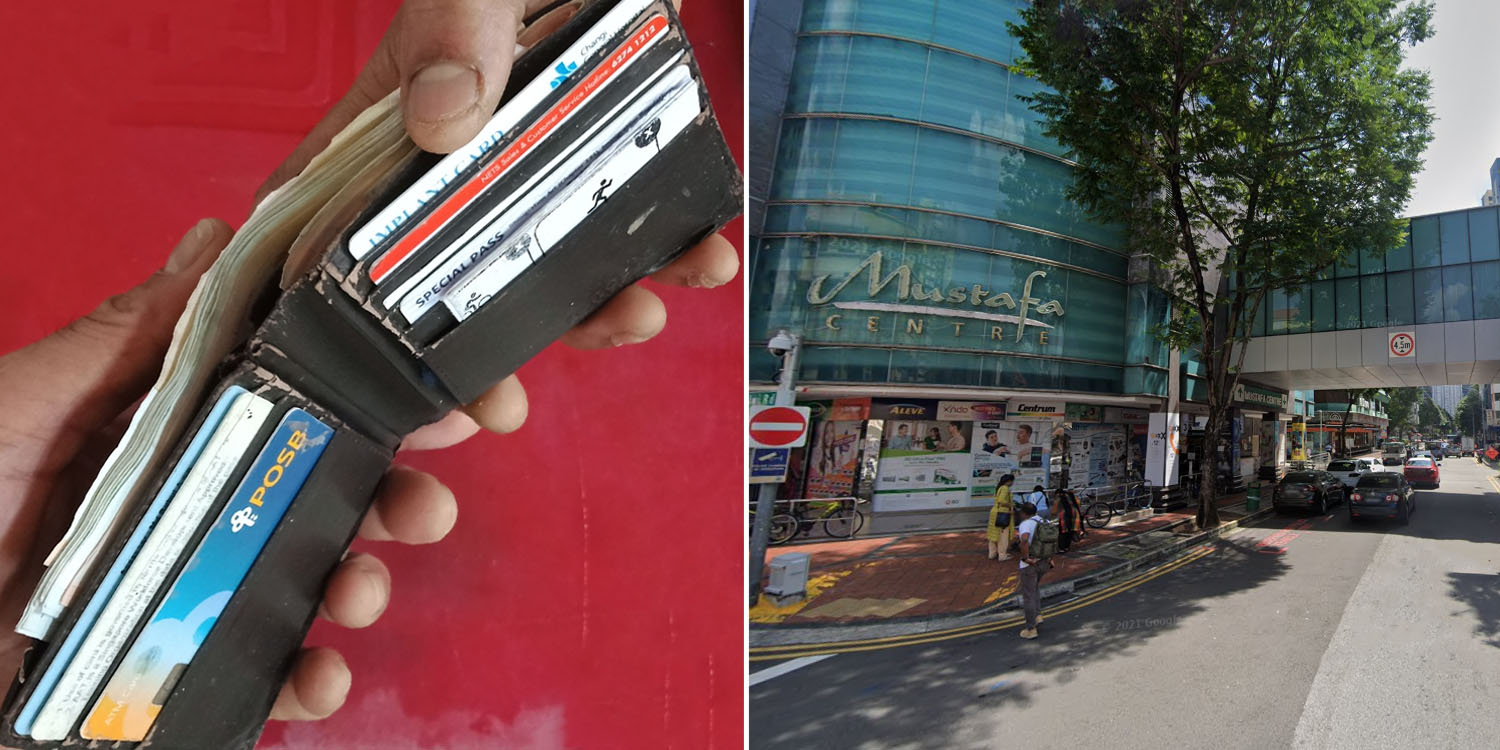 Despite the rise in digital financial services, many of us still carry wallets with important documents and cash around. However, doing that can get unsafe, especially if we misplace the wallet.

That was what happened to a man in Little India recently when he lost his wallet containing over $1,000 cash and other valuables.

Saddened by the loss, he took to Facebook in hopes of seeking anyone who may have found the wallet.

Fortunately, a kind soul chanced upon the post and subsequently contacted him to return his belongings. 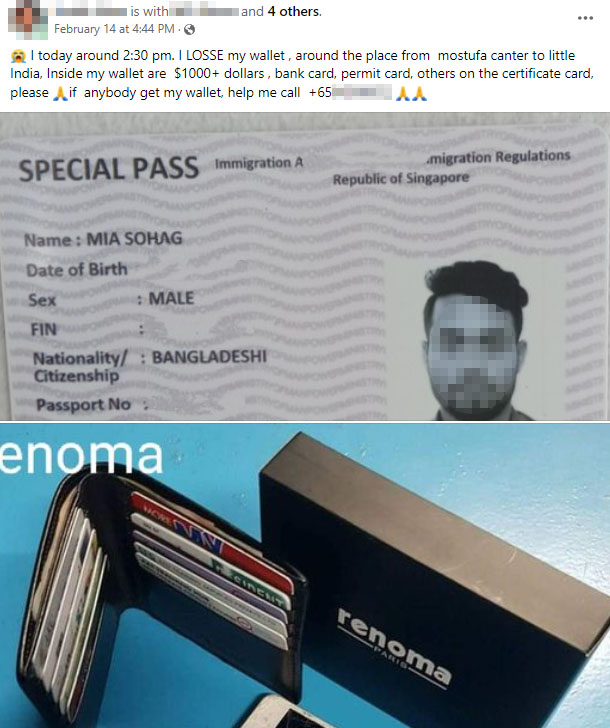 Apparently, he had lost his black Renoma wallet in Little India, near Mustafa Centre.

He thus urged anyone who may have chanced upon his wallet to contact him and return it.

The post has nearly 1,000 shares at the time of writing.

Speaking to MS News, he said that someone had seen his Facebook post and subsequently contacted him to return the wallet.

Thankfully, all the contents in the wallet remained intact, including the cash amounting to more than $1,000.

He also took the chance to thank netizens who helped get the word out about his lost wallet.

Kudos to the kind soul

Losing our valuables, especially hard-earned money, can cause a lot of anxiety.

Thankfully, Mr Khan got his precious wallet back with all its contents intact.

Kudos to the kind soul for returning the wallet and the other netizens who helped spread the word.