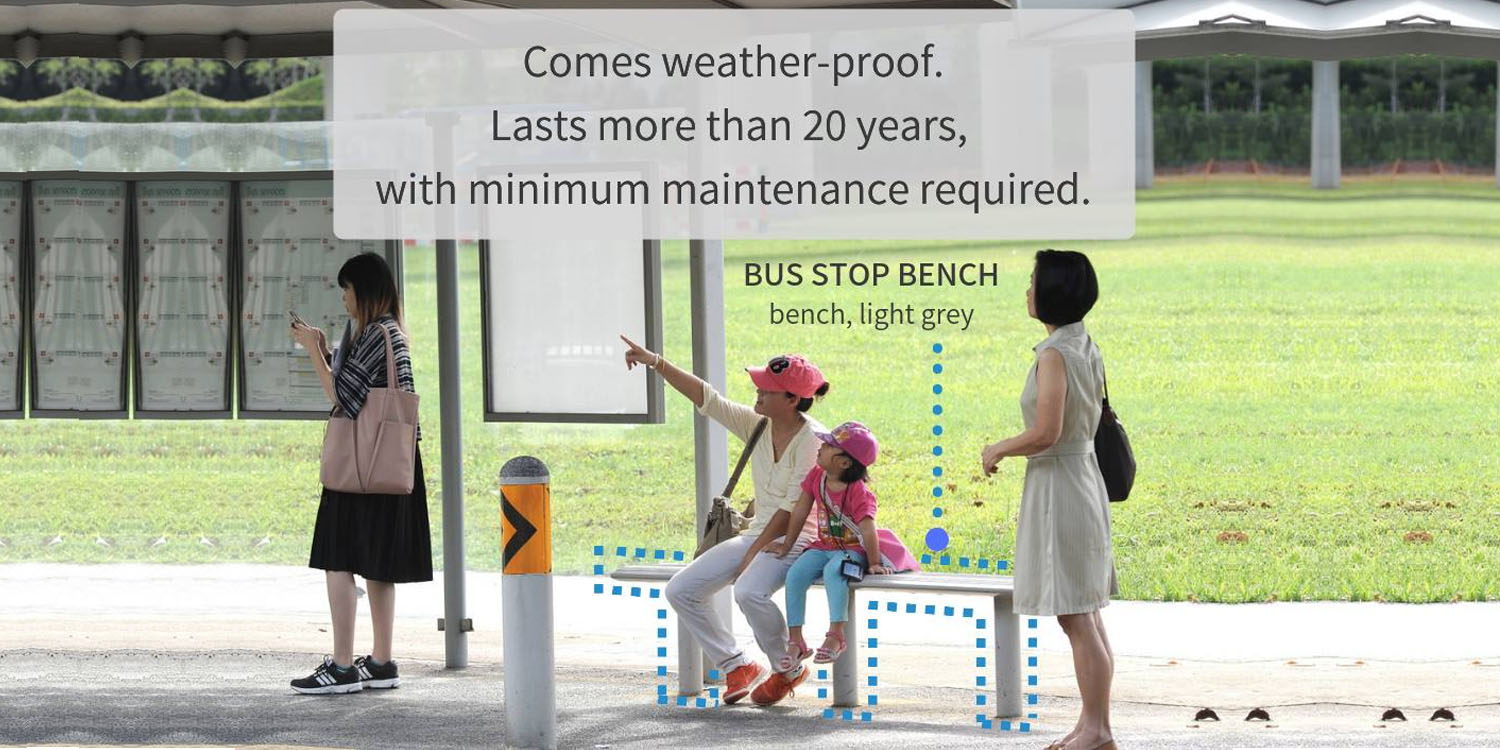 LTA takes a jab at IKEA's bus stop bench ad by bringing up the quality of their products.

By now, everyone would be familiar with the news about the man who dismantled a bus stop bench and took it home.

But the fine of $1,500 that he had to pay for the deed unexpectedly became the real news topic.

Netizens were going wild about how the simple-looking piece of metal cost that much.

Swedish furniture brand IKEA took advantage of the viral news to promote its own bench, taking digs at both the incident and charges for the bench.

Not one to stay silent, the Land Transport Authority (LTA) has responded to IKEA’s ad with its own witty take on the issue.

The original bench ad by IKEA

The man behind the offence had loosened the screws with his bare hands before taking the bench home.

IKEA took note of his efforts and came up with a convenient solution for customers.

Their “flat-packed ‘Industriell’ bench” needs no dismantling since it’s already been deconstructed. You’d have to read the manual and put it together yourself, duh.

In their Facebook post, IKEA poked fun at the incident itself by saying that the bench can be obtained legally from the store.

But the icing on the cake was the subtle jab at the price point — IKEA’s bench is “way more affordable” than the ones at the bus stops.

Addressing IKEA directly, LTA tried to give further details about the bus stop benches to justify their costs. Because of the sturdy materials used to make the benches, LTA said this about them:

They are all meant to last for more than 20 years — even with 24/7, 365 days of use by thousands of commuters each day, rain or shine!

The hashtag ‘YouGetWhatYouPayFor’ was the perfect clapback for the dig at bus stop bench prices.

LTA was basically saying to IKEA, “Your benches are affordable but we don’t think they can tahan for as long as ours.”

Which is a fair point, considering that IKEA’s furniture are built for home use.

Bus stop benches on the other hand have to withstand the weather and countless people using them everyday. The price then really does make sense.

We love how LTA took no offence with IKEA’s ad and decided to react with its own witty comeback.

The post answered people’s burning questions about the high costs of the benches, aptly concluding the ongoing discussion of the incident.

It’s always refreshing to see an organisation take a harmless joke in its stride and responding in kind.

Let’s hope that other organisations will take the cue from LTA and come up with such witty responses if the need arises in the future.

Here’s our take on the matter: