Must Share News – Independent News For Singaporeans
Home News LTA Erects Signs To Remind Cyclists Not To Ride On Expressways &... 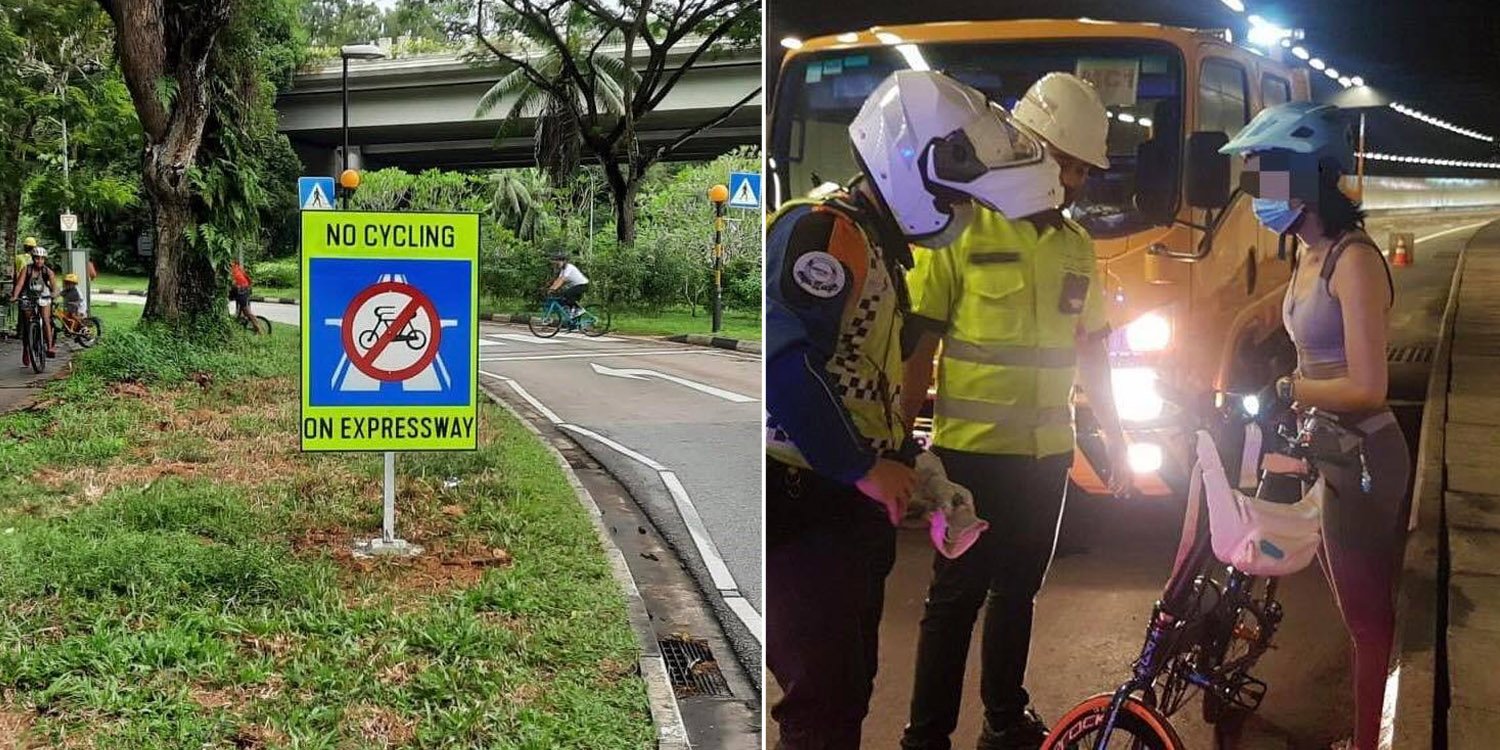 As cycling gains popularity in Singapore throughout the Covid-19 pandemic, there has also been a corresponding rise in errant riders flouting traffic rules.

Among the list of rules that cyclists must abide by, and possibly the most dangerous one to break, is riding on expressways.

In order to reduce the likelihood of such dangerous behaviour,  the Land Transport Authority (LTA) recently erected signs warning cyclists not to cycle on expressways. 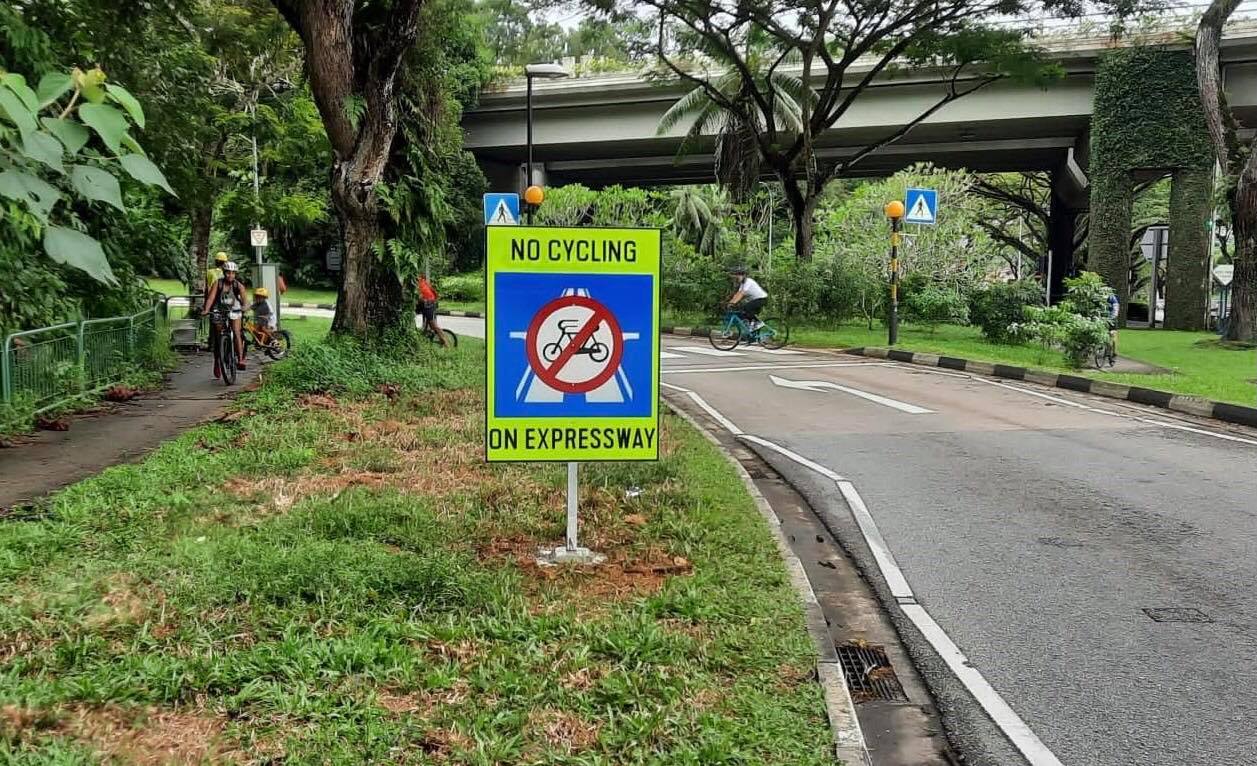 In a Facebook update on Saturday (16 Oct), LTA shared about new signs they’ve installed along roads leading to expressways.

Unlike most road signs which serve to direct pedestrians and motorists, these signs are erected specially for cyclists.

The message on the sign is pretty clear, with a ‘cancelled’ bike drawn against a background of what appears to be an expressway.

The sign is also neon green in colour, which makes it even more prominent for cyclists.

In addition to installing signs, LTA will continue with enforcement actions against errant cyclists.

This group of 3 cyclists was reportedly caught riding along the eastbound Pan-Island Expressway (PIE) near Tiong Bahru. Another lone rider was also stopped along Bukit Timah Expressway (BKE (PIE)) and was informed of the rule forbidding cyclists from riding on expressways. 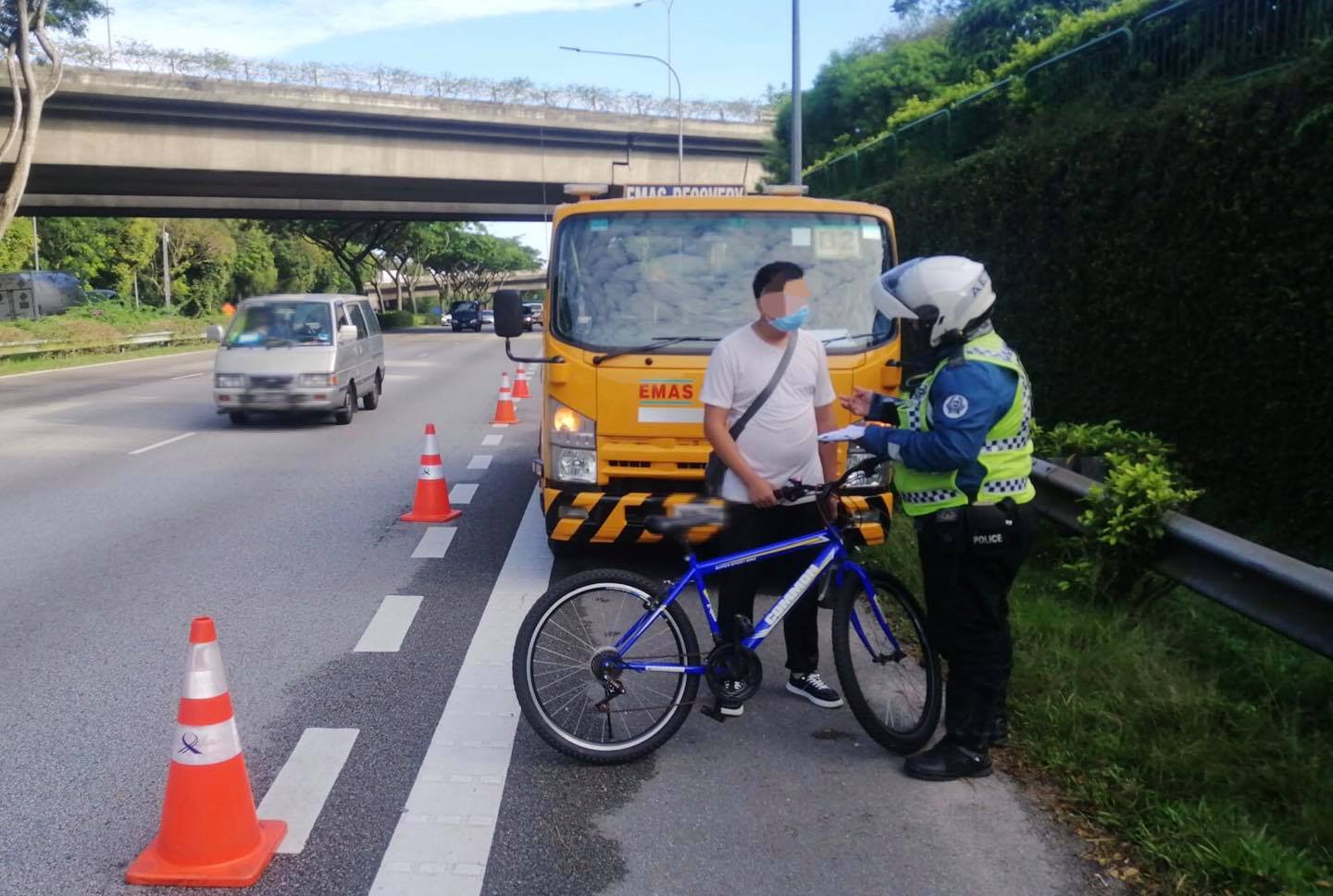 As exhilarating as it might be to ride in a tunnel filled with bright lights, this is what awaits you if LTA officers catch you in the act. LTA also shared some tips for Google Maps users to avoid expressways when planning their routes:

According to the Road Traffic Act, it’s illegal for cyclists to ride on expressways. Those found guilty of doing so face a fine of up to $2,000, or a jail term not exceeding 6 months.

Expressways are dangerous for cyclists

Given the high speed at which vehicles travel on expressways, it goes without saying that they’re dangerous routes for cyclists.

We hope the new signs will serve as sufficient reminders for cyclists not to go onto routes that lead to expressways and put themselves in dangerous positions.