In the most recent Oxford Union debate, Prime Minister of Malaysia, Dr. Mahathir Mohamad was taken to task by a Singaporean student.

The Oxford Union debates are a prestigious event, having featured prominent political figures such as US Presidents, UK Prime Ministers, intellectuals and celebrities.

Mohan first raised the concern of how the diplomatic relationship between Malaysia and Singapore had been strained by the recent maritime dispute. 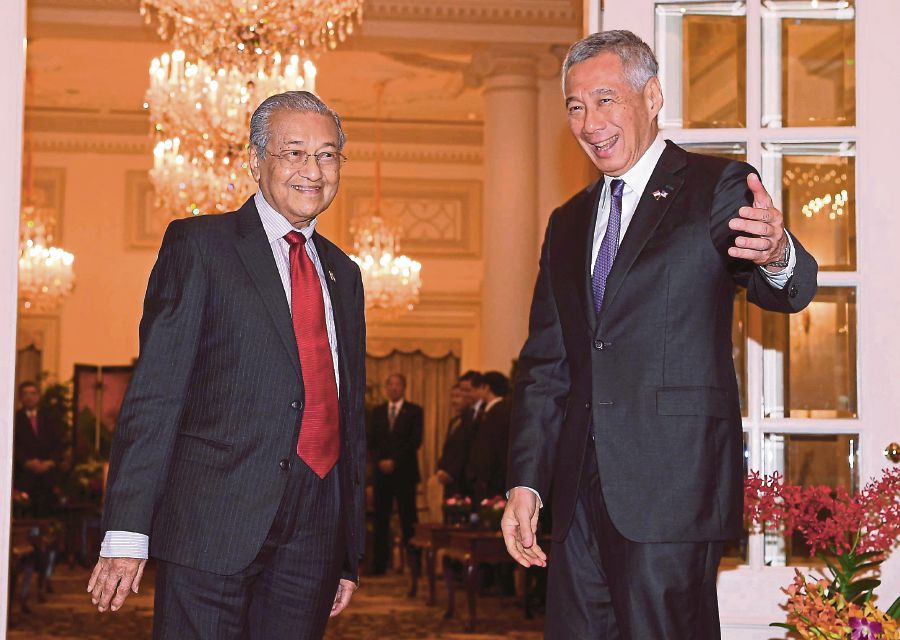 He pointed out an internal contradiction of the Malaysian government on this incident.

Despite the fact that the foreign ministers of both countries have met and agreed to de-escalate the issues, the Johor Chief Minister Osman Sapian paid a visit to one of the vessels docked in the disputed waters.

That a high-profile Malaysian official was entering the disputed area gave the impression to some that Malaysia was not honouring its good faith to try and reconcile the disagreement between both countries.

While the Johor Chief Minister claimed that he had the “unofficial blessing” of the Malaysian Foreign Minister, this has officially been denied by the Malaysia’s Ministry of Foreign Affairs. 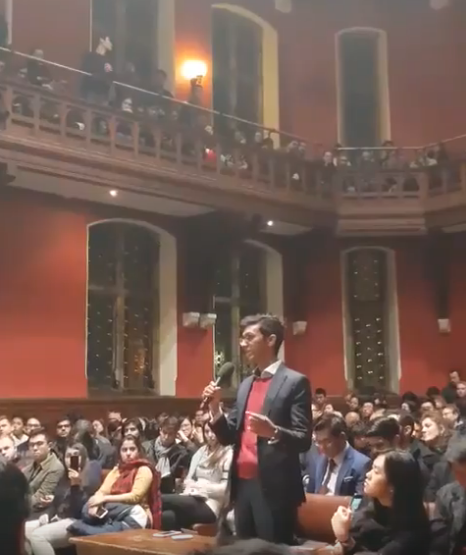 The undergraduate student questioned if any actions would be taken against the Johor Chief Minister and if measures would be taken to ensure the future prevention of such incidents that worsens the already-fragile ties between Singapore and Malaysia.

Mohan also insinuated that such actions perpetuated the perceptions of the Malaysian government as “pugnacious” and “acting in bad faith”. 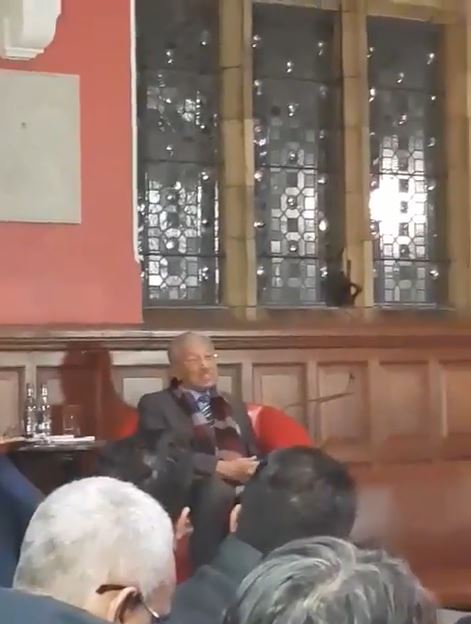 Mohan, however, pressed the Dr M further by raising other issues that have contributed to diplomatic tensions such as the postponement of the KL-Singapore high-speed rail, airspace & maritime disputes, the crooked bridge and water price disagreements.

At this point, Dr. Mahathir questioned the ‘fairness’ of the water agreement between Malaysia and Singapore, where the latter purchases raw water at 3 Malaysian sen (cent) per thousand gallons, and subsequently sells it domestically at the price of 60RM per thousand gallons. 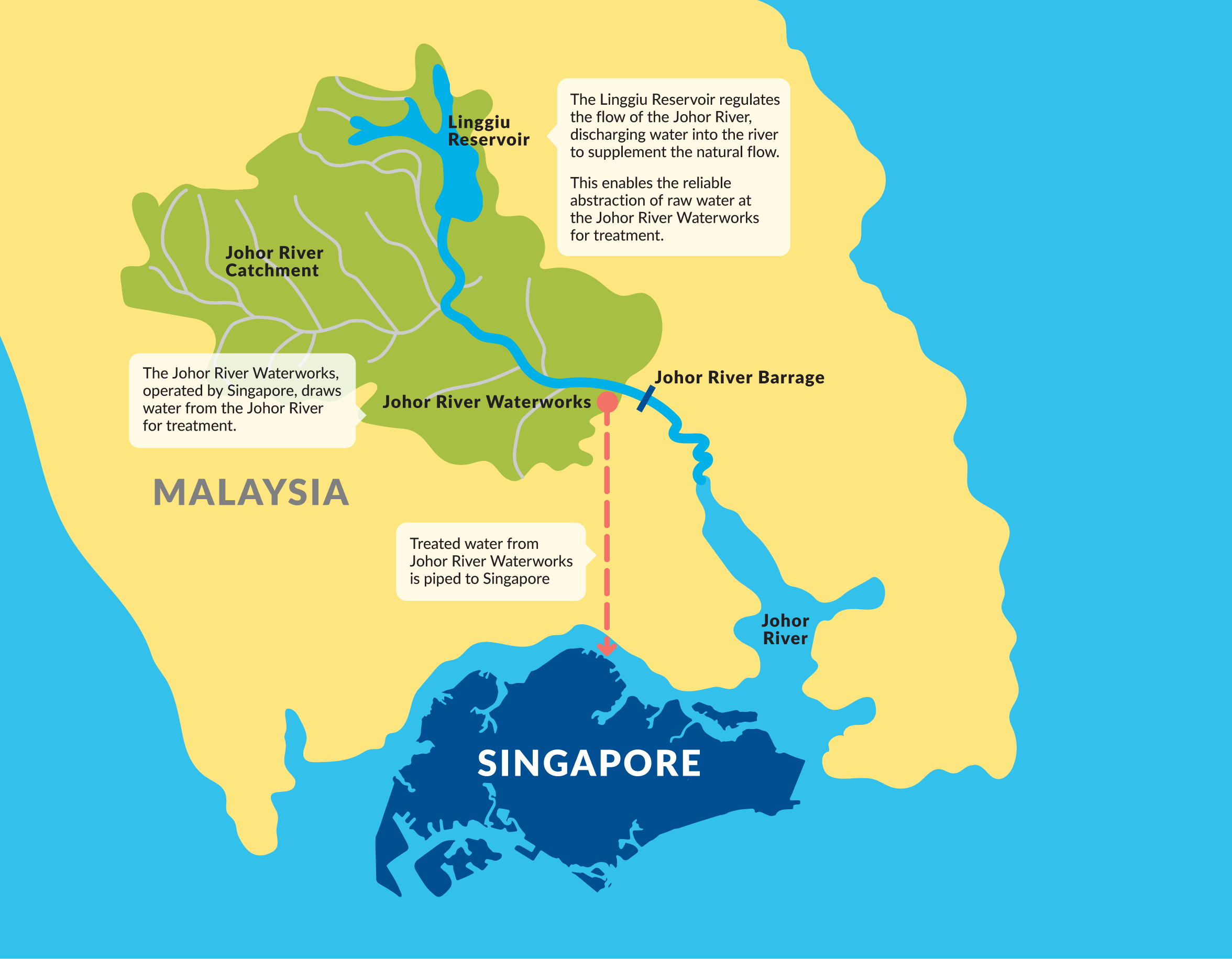 Dr. Mahathir believes that Singapore is making a killing off Malaysia by getting the water cheap and selling it for much higher.

Strange that Dr. Mahathir concerns himself with how PUB prices its own water utilities to Singaporeans.

But he also believes that the price that Singapore sells the treated water back to Malaysia at is “not a good deal”. This price is 50 cents per thousand gallons, 47 cents more than what Singapore buys it for.

Mohan rebutted that Malaysia has had several opportunities to revise this agreement. Not only that, the price by which Singapore sells the treated water back to Johor is a subsidised price after factoring in costs of treatment, and Singapore sells 11,000 gallons a day more than legally required to under existing water trade agreements.

Mohan has further substantiated his views in the brief exchange with the Prime Minister.

In a separate Facebook post, he argues that far from Malaysia getting the short end of the stick on the water deal, the state of Johor were in fact profiting from it. This profit is derived from the fact that the costs to treat the water is internalised by Singapore and then sold back to Malaysians at a higher price.

It is clear that this gutsy student knows his stuff. Who do you think won the debate? We’ll let you decide.