Daughter Sees Father For The Last Time During 9th Day Of Quarantine, He Passes Away A Few Days Later

The Covid-19 restrictions have been tough on everyone. This is particularly so for families separated by travel restrictions such as Malaysia’s Movement Control Order.

While exceptions have been given for Malaysians to return home to attend funerals, one Malaysian family managed to reunite to see their father before he passed away from cancer.

Her father didn’t want to worry her

As she was working in Singapore, the telephone was the only way that Ms Zeng could keep in touch with her family, who lived in a small fishing village in Perak, Malaysia. 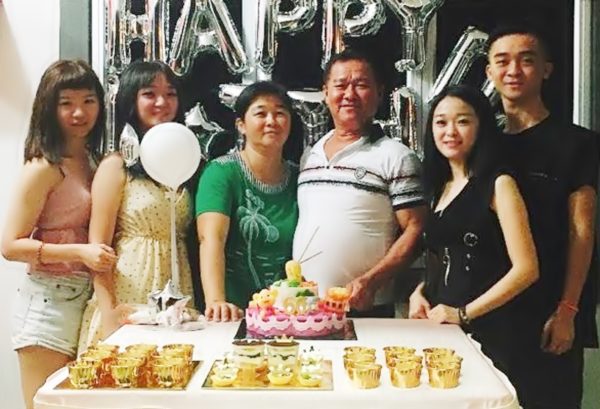 As such, she wasn’t immediately aware of her 61-year-old father’s situation.

Speaking to Malaysian Chinese publication Sin Chew Daily, Ms Zeng said that her father had asked her family not to tell her about his illness.

However, after seeing his condition worsen, they decided that they had to let her know.

Despite knowing that she would have to be quarantined for 14 days, Ms Zeng was determined to see her father.

When she returned to Malaysia, she was arranged to be quarantined, but applied to see her father even before her quarantine had ended.

After several failed applications, her perseverance eventually paid off, as the staff sympathised with her and let her return home on the 9th day of quarantine.

Aside from having to don heavy PPE and be accompanied by healthcare workers, Ms Zeng only had half an hour with her family.

Her weakened father could barely say 5 sentences to her before needing to rest.

However, this time was enough for them to take one final family photo to capture one of her father’s last moments. 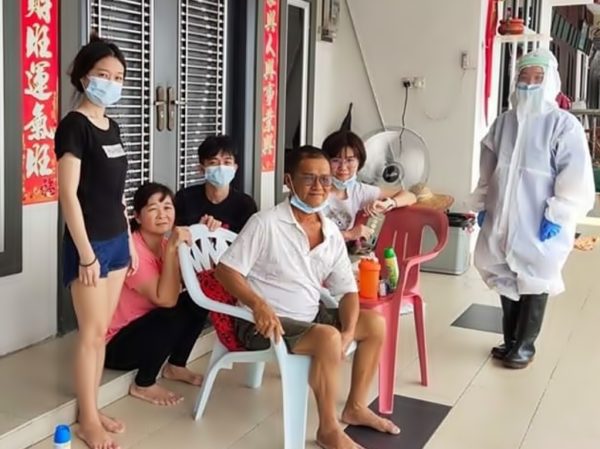 While donning full PPE, Ms Zeng stood in stark contrast to her family in the photo.

Though it was a happy family reunion, an indescribable pain can be seen in each of their eyes — one that is awfully hard to imagine.

In spite of that, Ms Zeng emphasised how precious this was. Even for just 30 minutes, her family, split into different locations, received a reunion that’s so hard to come by amid the global pandemic.

Father passed away 4 hours before her quarantine ended

Thankfully, Ms Zeng managed to see her father on the 9th day of her quarantine.

That’s because he passed away at 6am on the final day of her quarantine, which ended at 10am. 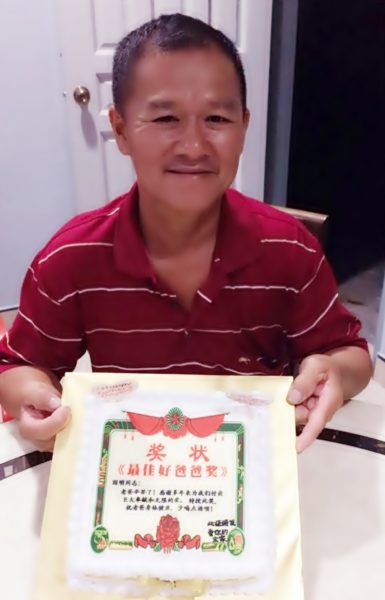 If she didn’t go back that day, she wouldn’t have been able to see him one last time.

Remembering her father, Ms Zeng told Sin Chew Daily he was “an ordinary fisherman, but their great father”.

She recounted how patient he was in their upbringing, never hitting or shouting at them but only raising his voice.

She expressed her gratitude in being able to return to see him.

MS News expresses our deepest condolences to Ms Zeng and the family during this difficult period. We hope that families in similar plights will be able to reunite during this period.