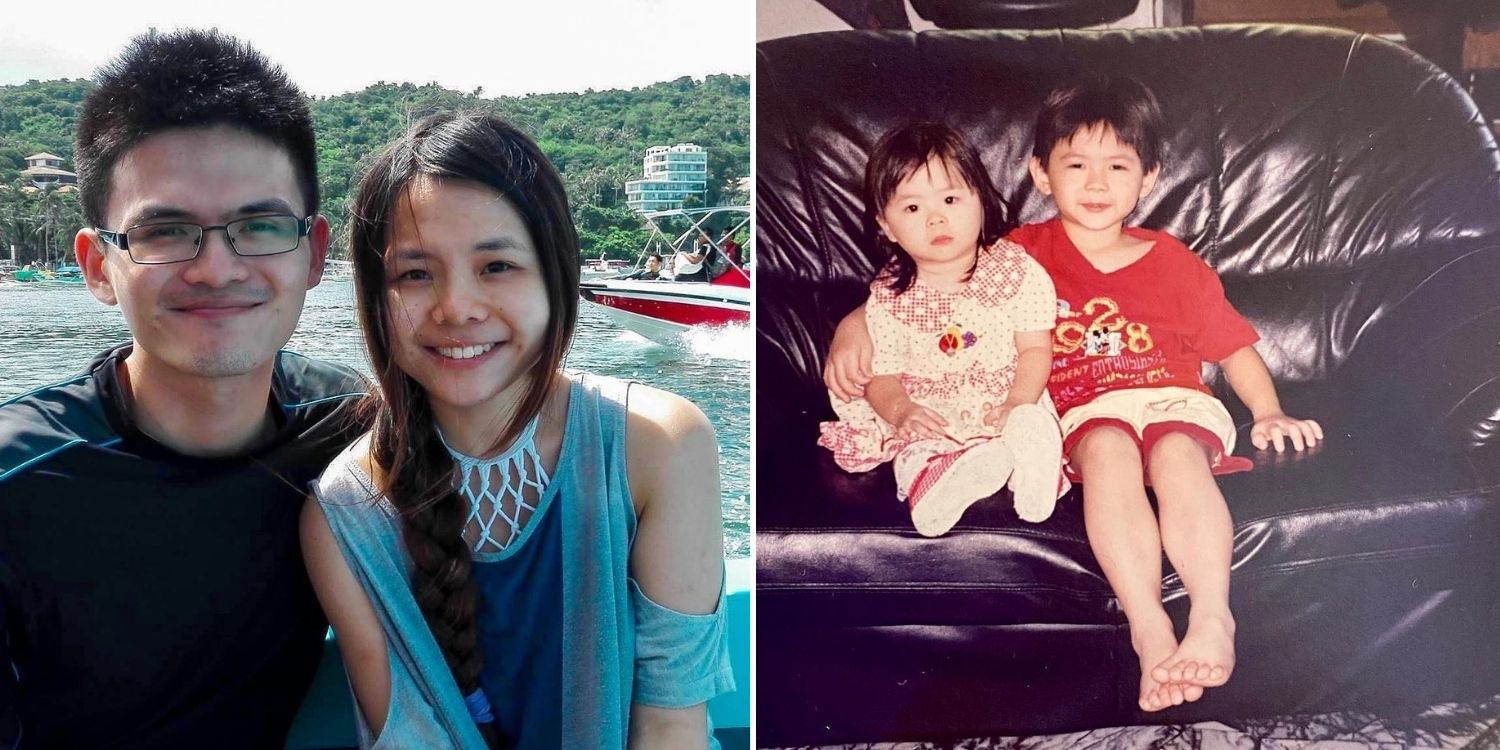 Amid the Covid-19 pandemic, much of the talk was about what the disease does to those it infects, and how to stop it from spreading.

Something talked about much less was the how people who may not be infected are nonetheless affected mentally by the disease, or rather how the world has changed due to its emergence.

Sadly, a 28-year-old Malaysian man took his own life recently, due to depression that was exacerbated by Malaysia’s Movement Control Order (MCO). 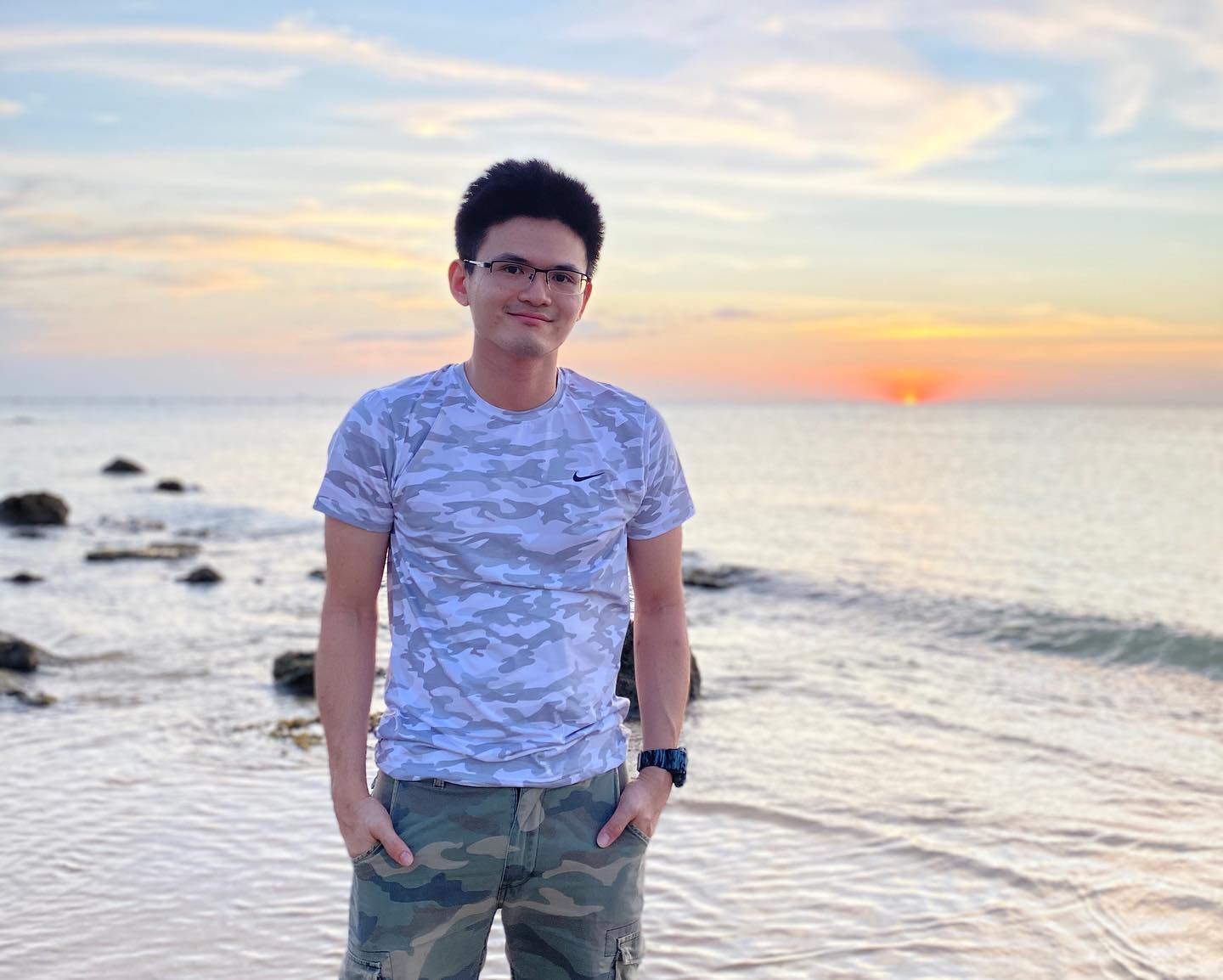 His sister posted a moving tribute to him on Facebook, detailing how much he’d touched her life and those of others. 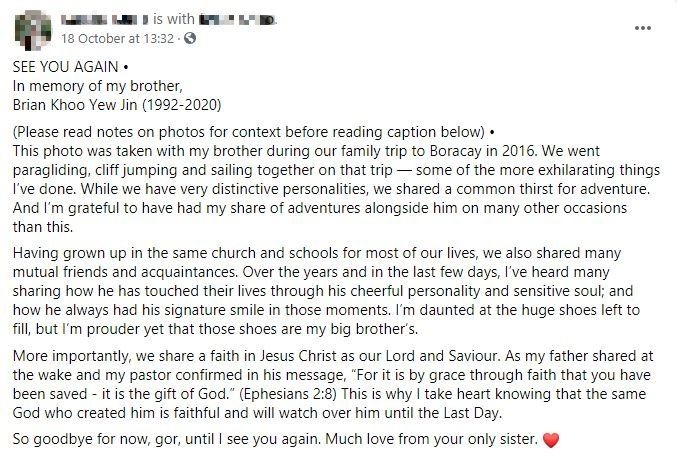 Brother took his own life on 14 Oct

On 18 Oct, Ms Natalie Khoo posted a piece of tragic news on Facebook — her brother, Brian Khoo, took his own life on 14 Oct.

This is especially as she was obviously very close to Brian. She couldn’t find the strength to tell people

She waited 4 days to tell the world the exact reason for his death as she was busy, making funeral arrangements amid Malaysia’s Conditional Movement Control Order (CMCO) and trying to take care of her parents.

She also just didn’t find the strength to break the news to people — and that’s alright. 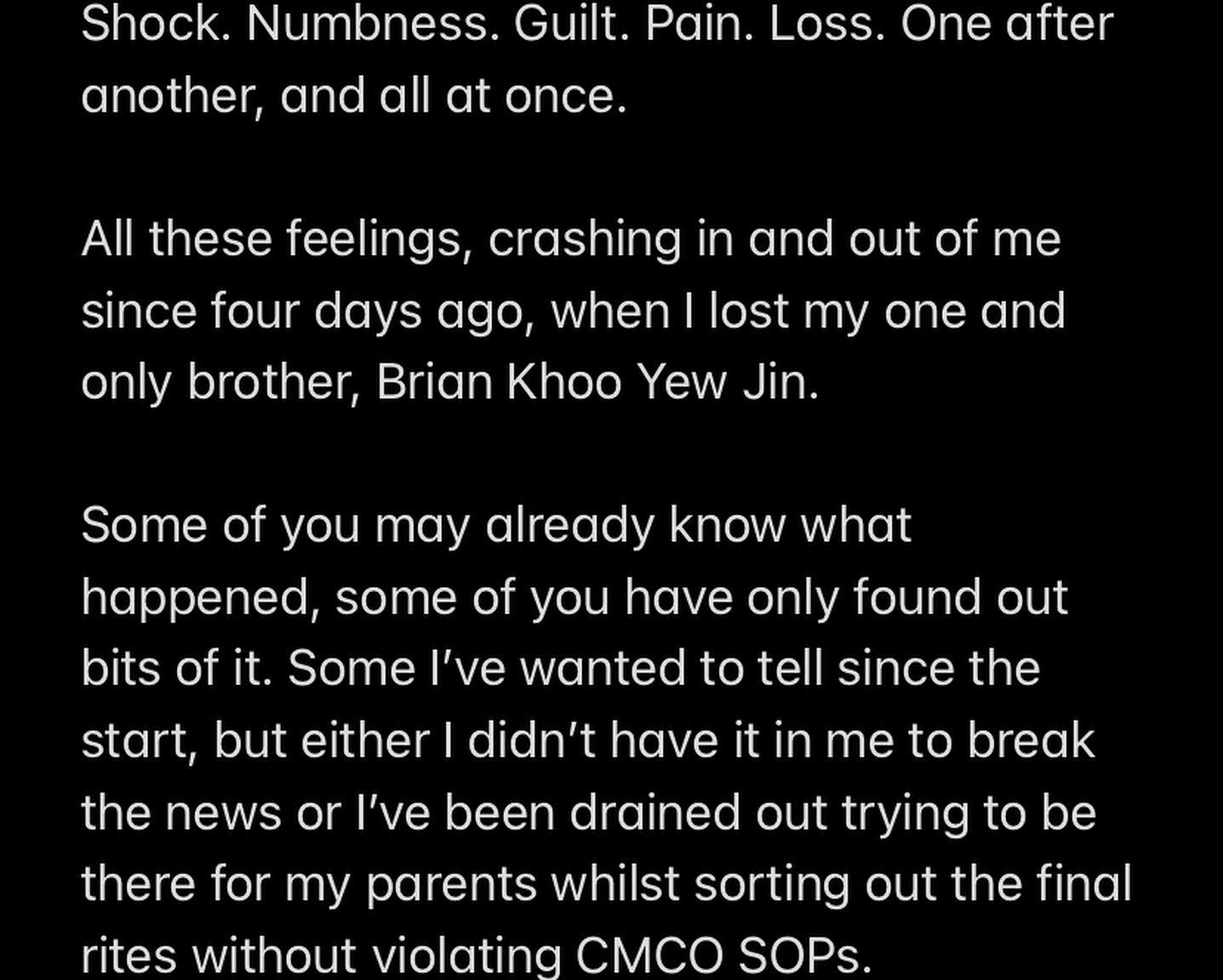 Depression is a disease, she says

While trying to find the words to talk about her brother’s suicide, Natalie came to a realisation.

She never thought she’d experience the importance of mental health first hand, though the death of a loved one.

She affirmed that depression is a disease just like any other, and more young people are getting it. Brother stressed out from work

According to Natalie, her brother was a senior analyst for a global company.

Before his death, he had been stressed out for weeks due to the demanding nature of his work.

However, that’s not the only reason for his depression, she believes.

As Malaysia moved into lockdown under the MCO, the number of physical and social interactions among people decreased.

And for someone like Brian, who loved interacting with others, this must also have been a factor in triggering his depression, Natalie said. In Singapore, the Samaritans of Singapore (SOS) also received more calls to its suicide hotline during the ‘Circuit Breaker’.

This illustrates how social distancing from people who might be able to support you can contribute towards feelings of loneliness and helplessness, and in turn, suicide. 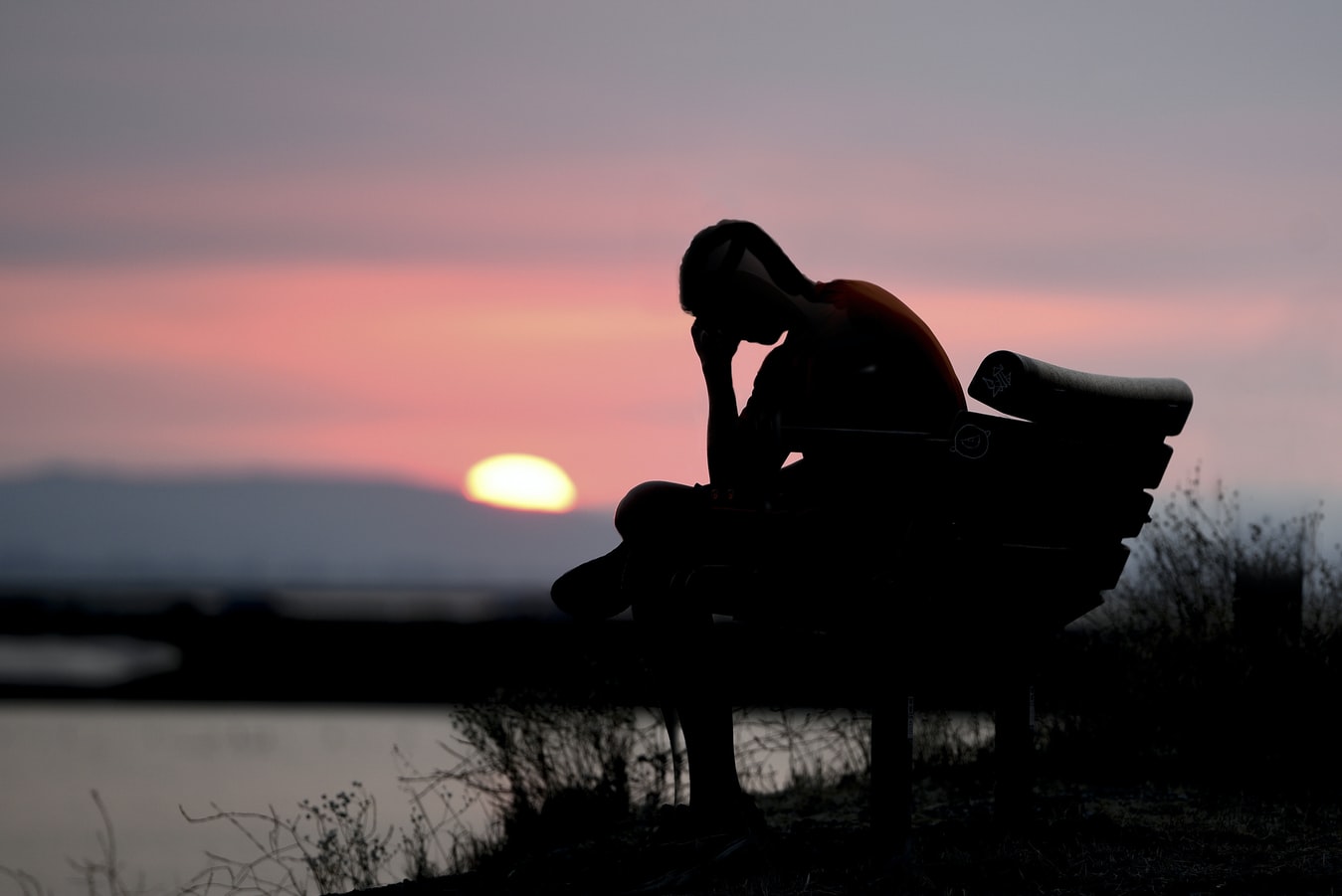 There’s no shame in seeking help

Thus, Natalie urged people to seek help if they have mental illness or negative thoughts.

She also said there’s no shame in asking for help as it’s not someone’s fault if they have such issues.

She even volunteered to help, encouraging people to contact her directly if they don’t know who else to call. 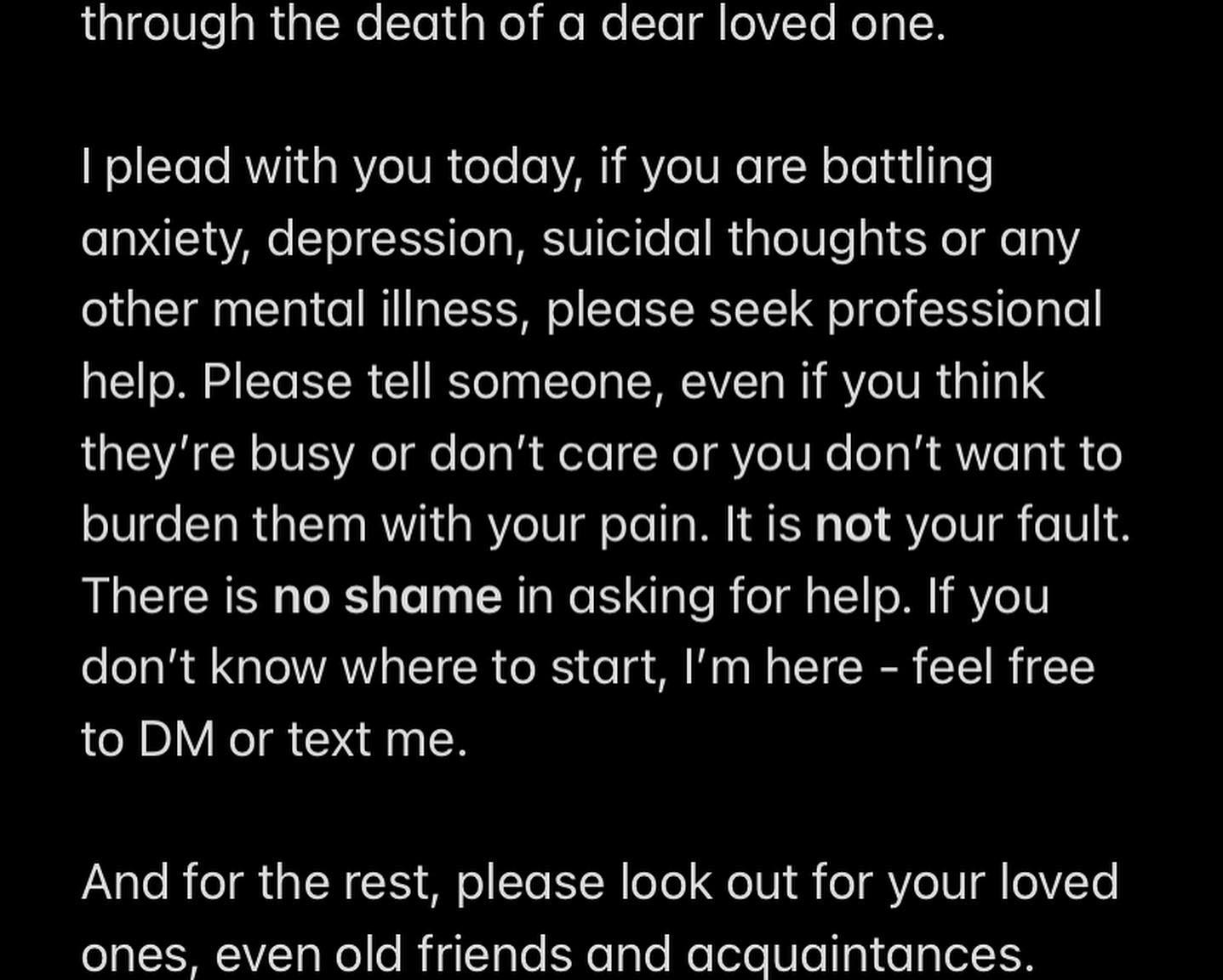 Do look out for others

Loved ones, friends and acquaintances may also need a helping hand just to know that they’re not alone.

So we should be ready to give them one or point them to someone who can help, Natalie said.

We should also learn more about mental health issues, she added. 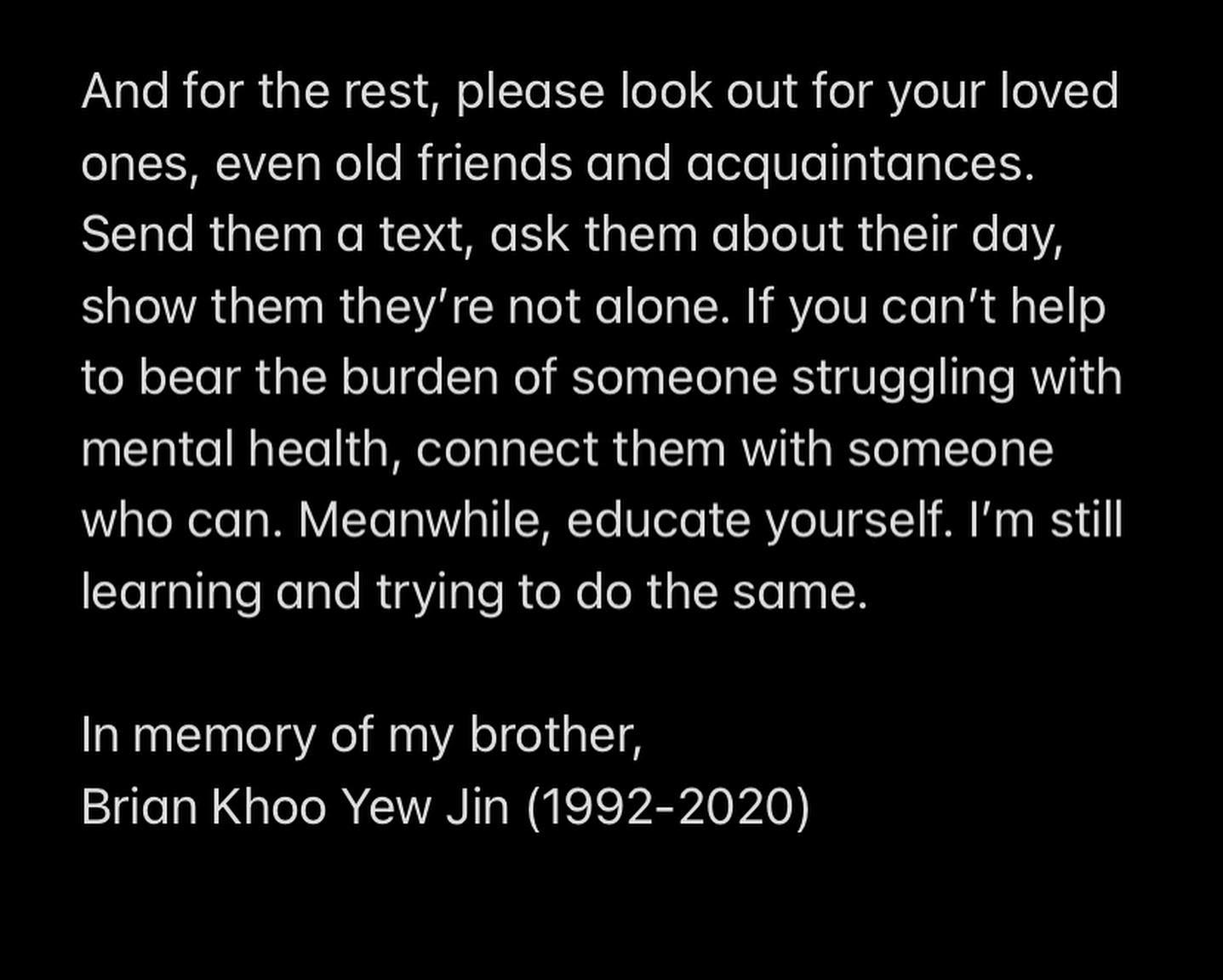 The siblings were close

As Brian was her only sibling, Natalie was undoubtedly quite close to him, and grew up in the same church and schools. 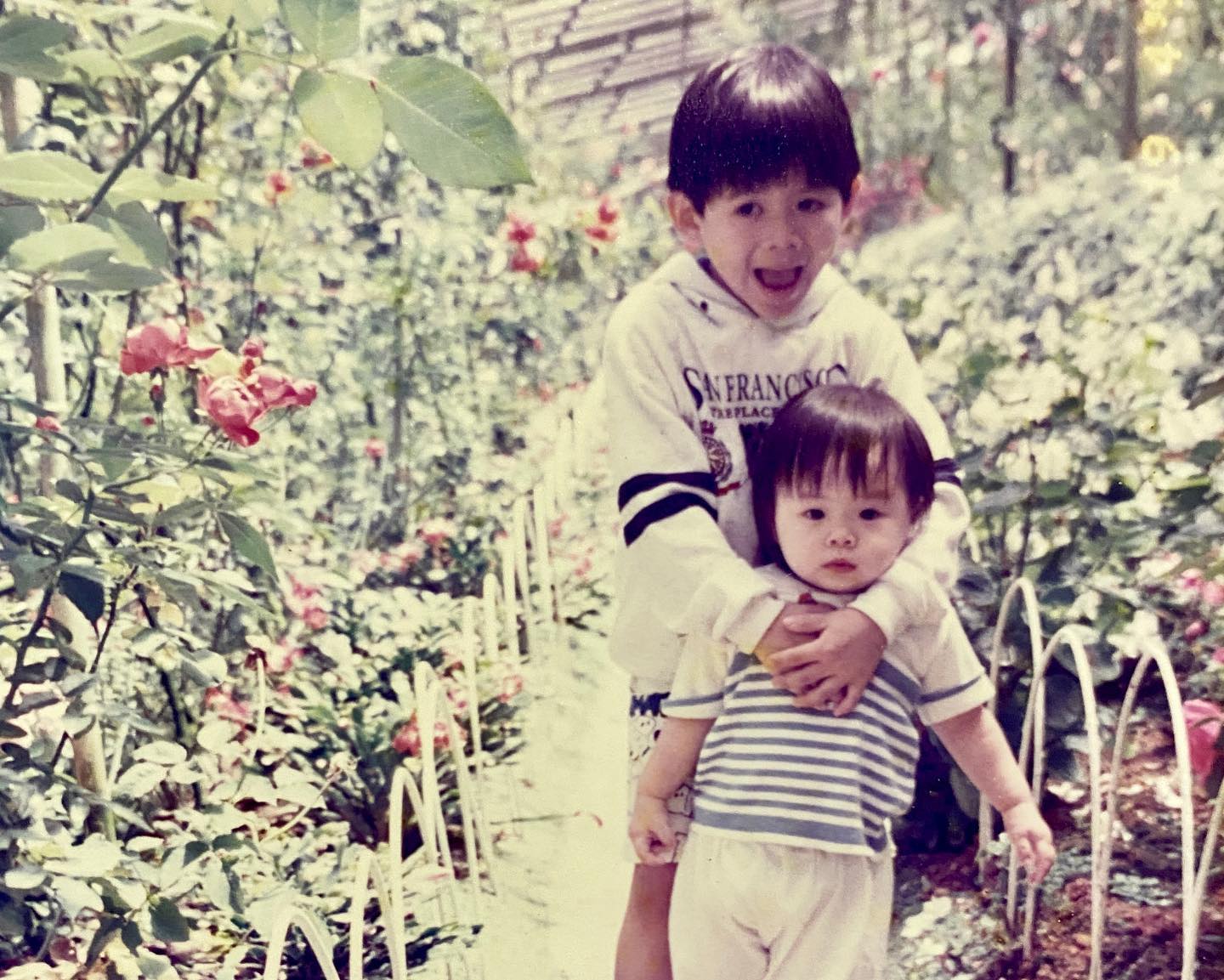 They also shared a thirst for adventure, she said, and she enjoyed going on adventures with him, including during a 2016 family trip to Boracay.

Mutual friends and acquaintances have shared how Brian’s cheerfulness and sensitivity has touched their lives.

Thus, she’s proud that he was her brother, and she’s looking forward to meeting him again in the afterlife. 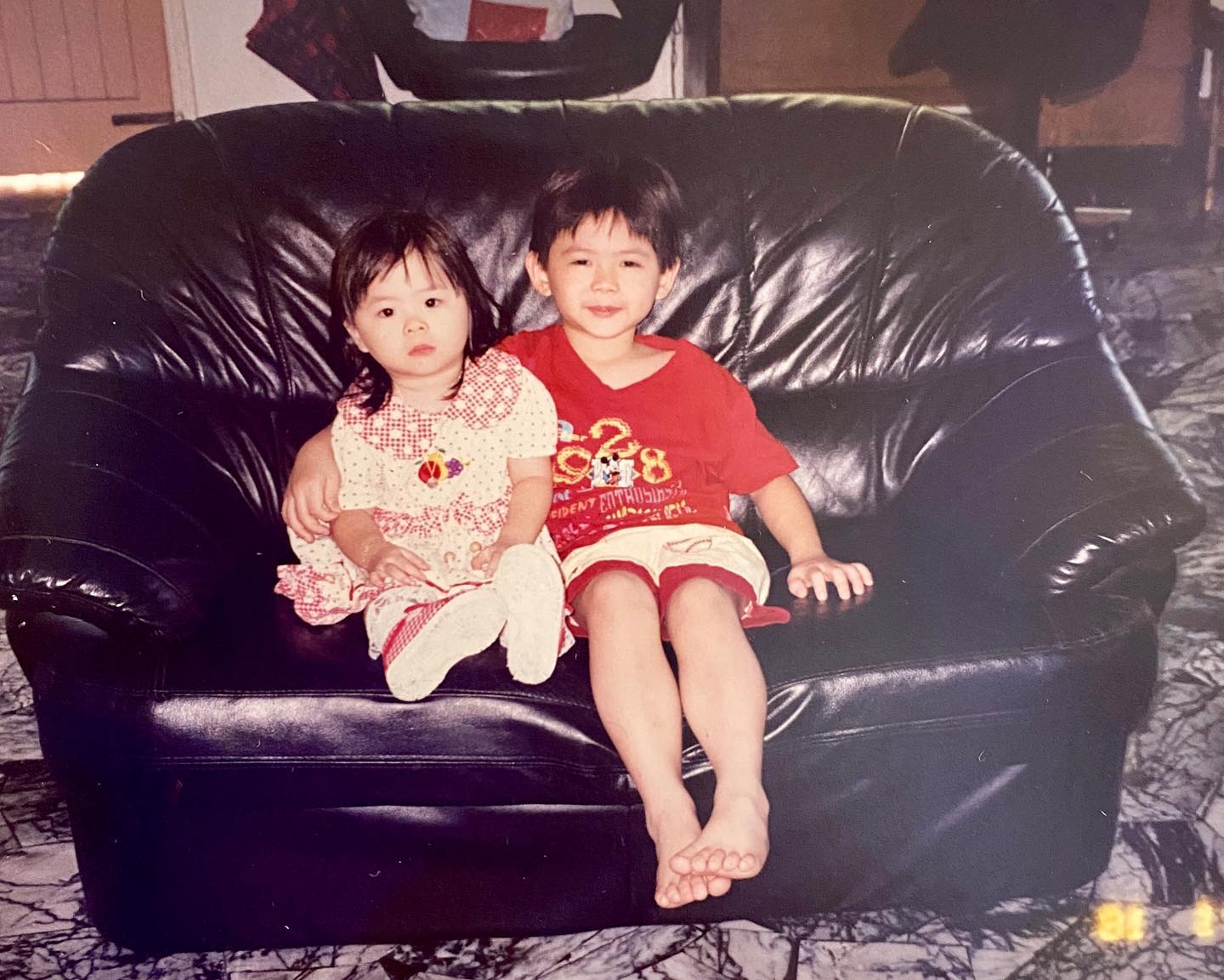 Mental health is a plague that often goes unseen, partly because many people just aren’t comfortable with talking about it.

Thankfully, it seems like younger people are more willing to discuss such issues, which will go some way towards lifting the stigma and ensuring that those who need help get it.

Unfortunately, a bright young man like Brian couldn’t be saved. MS News sends our deepest condolences to his family and friends.