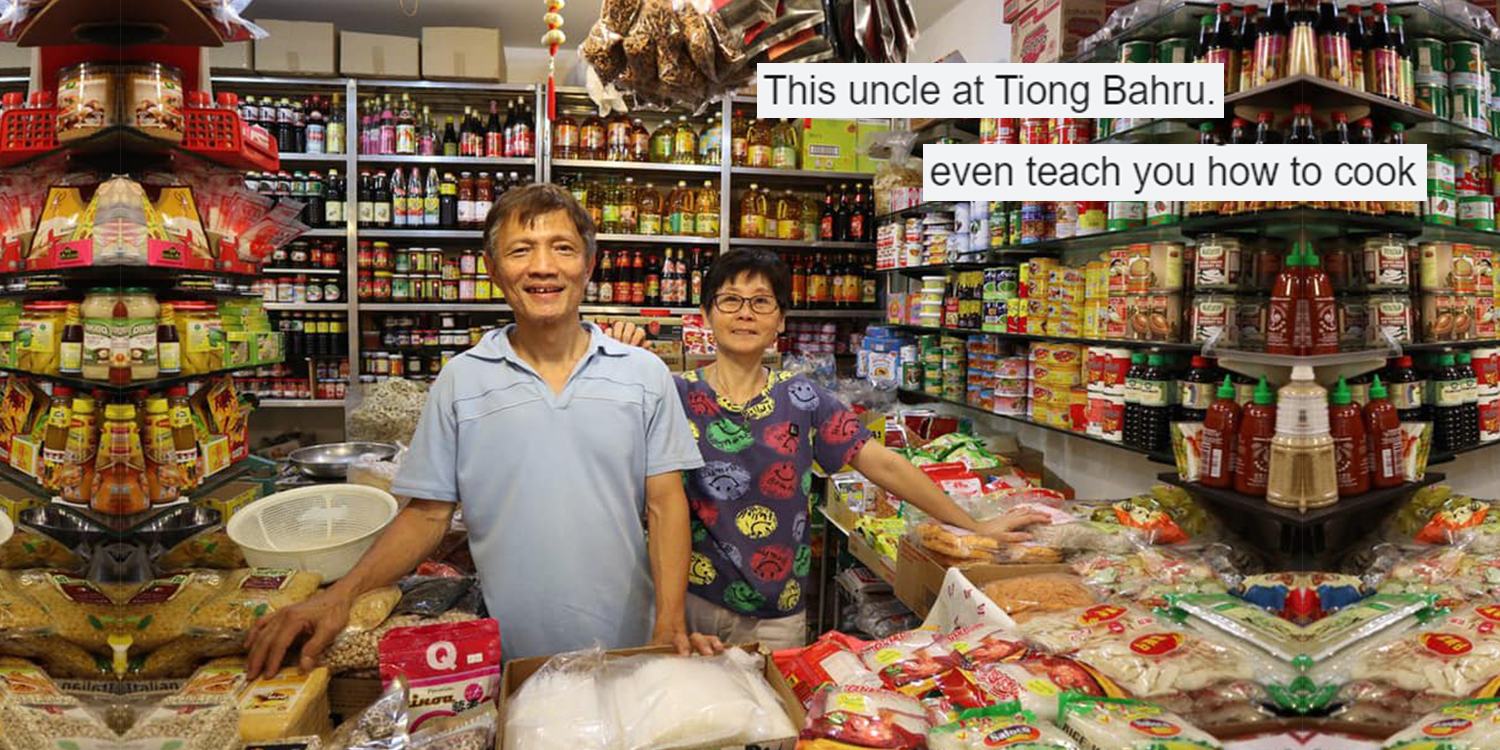 Your dollars mean the world to these uncles & aunties.

With closures in workplaces, schools and F&B outlets, we must prepare for deserted streets & empty roads to become our new normal.

But Mama shops & provision store owners will likely bear the brunt of these strict measures due to lower footfall, though they’ll still be allowed to operate if they’re selling ‘essential supplies‘.

A netizen who sympathised with their plight took to Facebook on Friday (3 Apr), to plead for Singaporeans to turn away from larger supermarket chains, and consider supporting local instead. 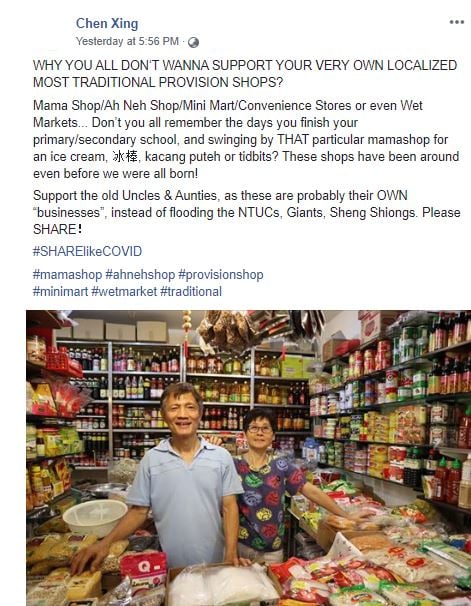 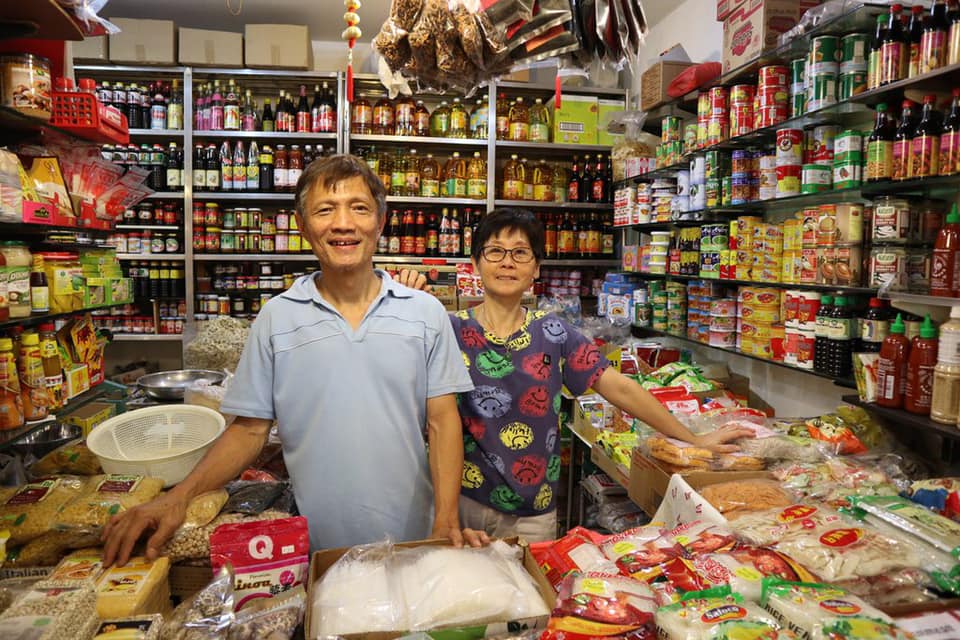 He alluded to our shared memories of heading to iconic mama shops for an ice lolly or kacang puteh in our school days. 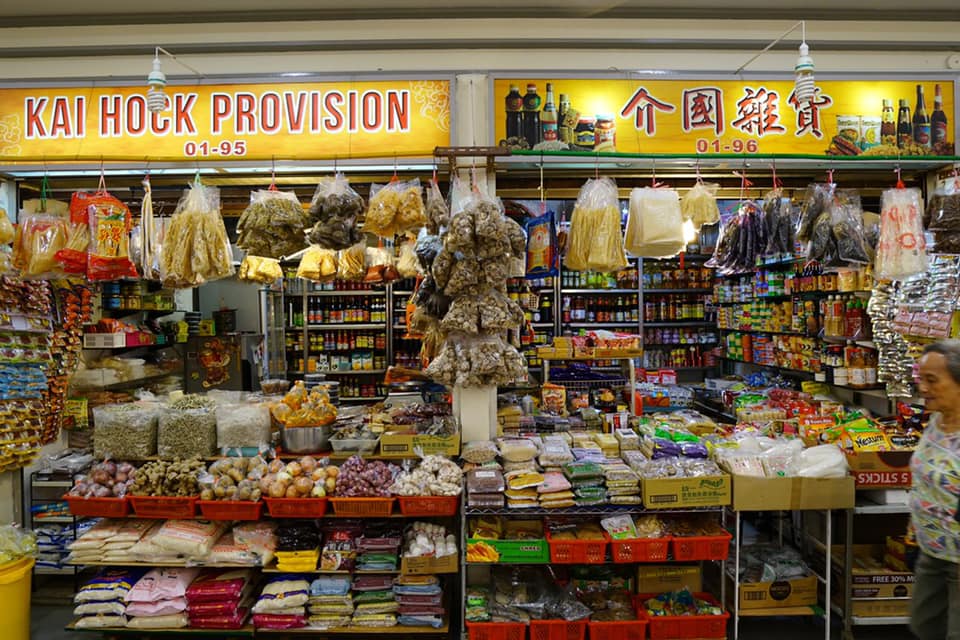 Chen also noted that some of the provision shops across the island have also been operating for decades — or “even before we were all born”, which is an impressive feat.

Small provision shops may fall off the radar

However, their small shops are now at risk of falling off the radar, if customers remain at home. 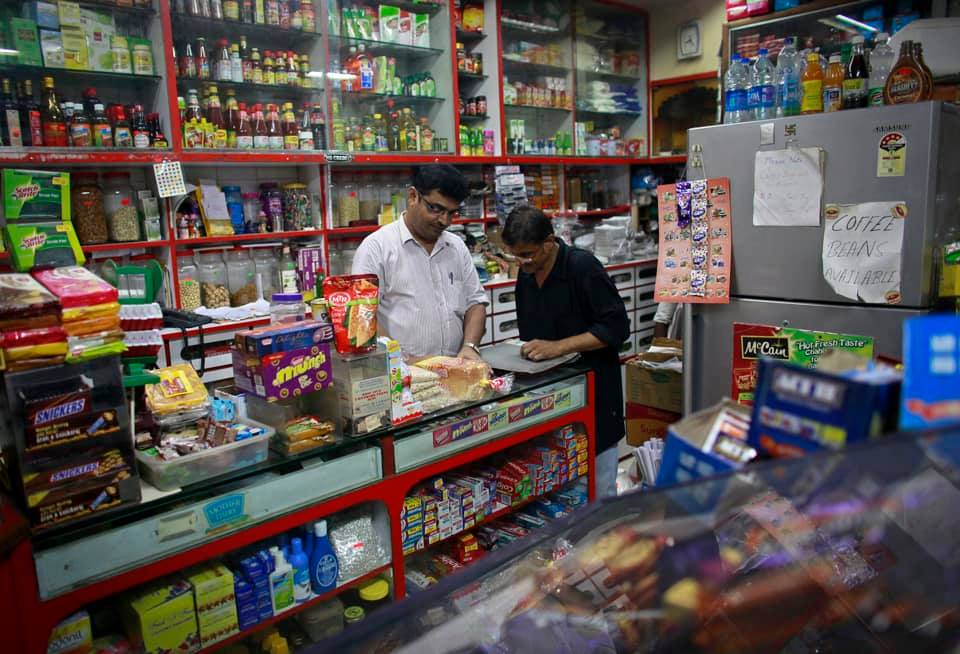 While queues are forming in supermarkets, warehouse outlets and even IKEA, traffic will be expected to slow even more at these stores.

The netizen pleaded for Singaporeans to consider supporting them instead of joining insane lines at larger chains.

Support the old Uncles & Aunties, as these are probably their own businesses.

The post has also garnered more than 4,000 shares at the time of writing, which may be indicative of more citizens joining his cause.

Netizens responded kindly to his impassioned plea, sharing their fondest memories about their heartland aunties & uncles who’ve become a large part of the community.

Those who live near Tiong Bahru should definitely consider visiting Uncle Kai. He may even impart a recipe or two to you, according to netizens.

Every dollar makes a difference

The truth of the matter is indeed clear. We will have to make a concerted effort to assist small business owners in these trying times.

The next time you feel like a stick of Mentos or a pack of Lays potato chips, do consider heading down to the Mama shop at your void deck, instead of chionging to Fairprice or Sheng Siong.

You’ll never know how your dollars might make a difference in the lives of a fellow Singaporean.