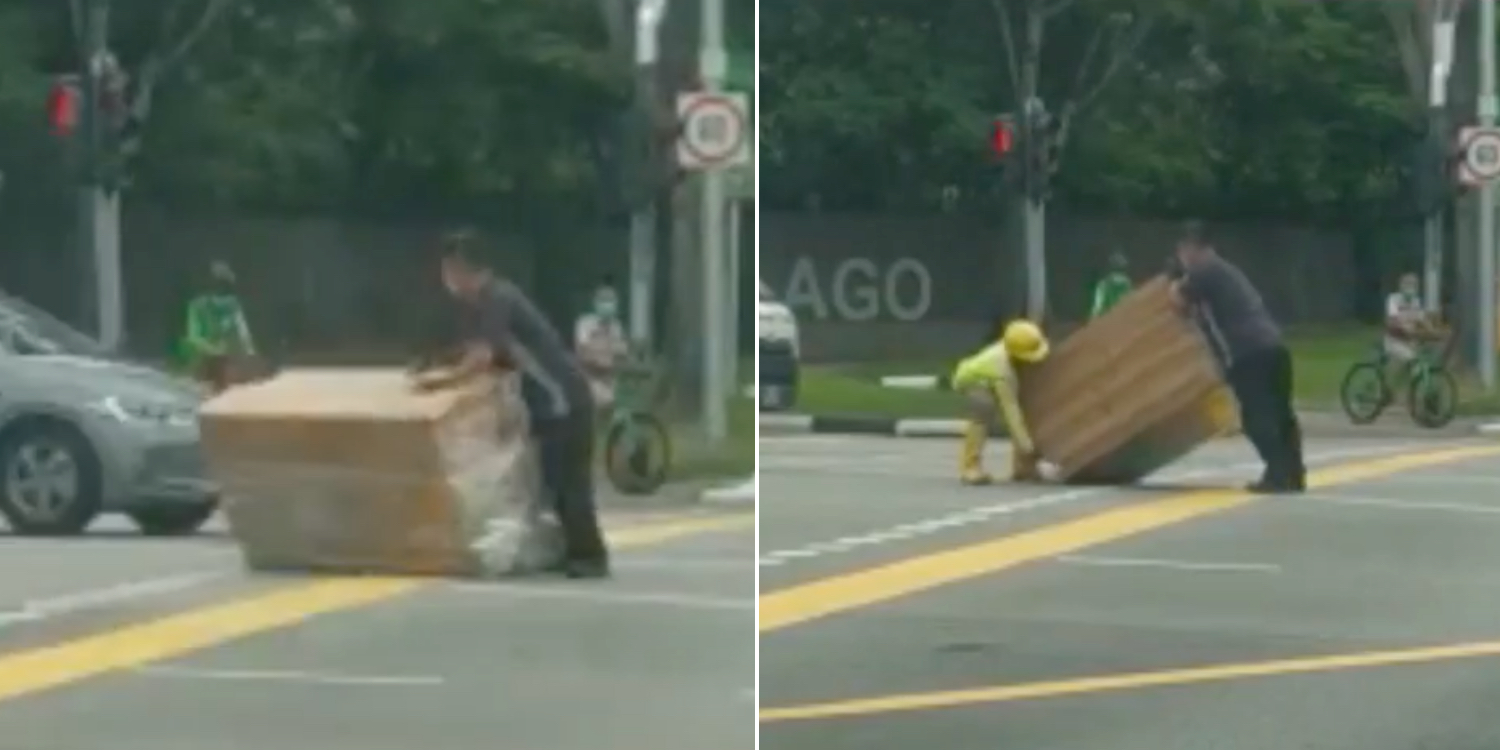 Good deeds often go unnoticed. However, once in a while, they do get caught on camera and help to serve as inspiration for others.

Recently, a man was struggling to move a heavy load across Bedok Reservoir Road junction in heavy traffic. In a heartwarming turn of events, a construction worker rushed to his aid. 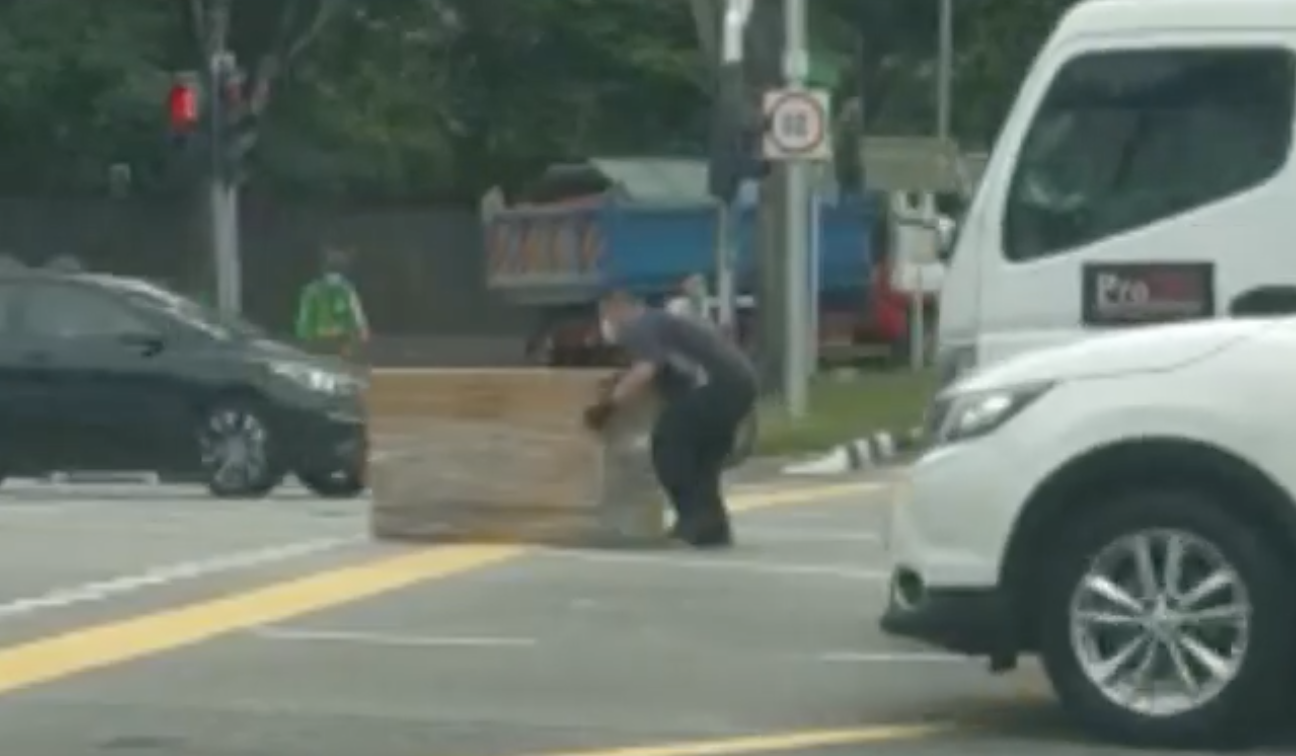 The incident inspires us to go out of our way to help others in need.

Man was moving heavy load across junction at Bedok Reservoir

In a video shared by Facebook group We Are Majulah, a car passenger captured the struggle of a man who was trapped with a heavy load in the middle of traffic. 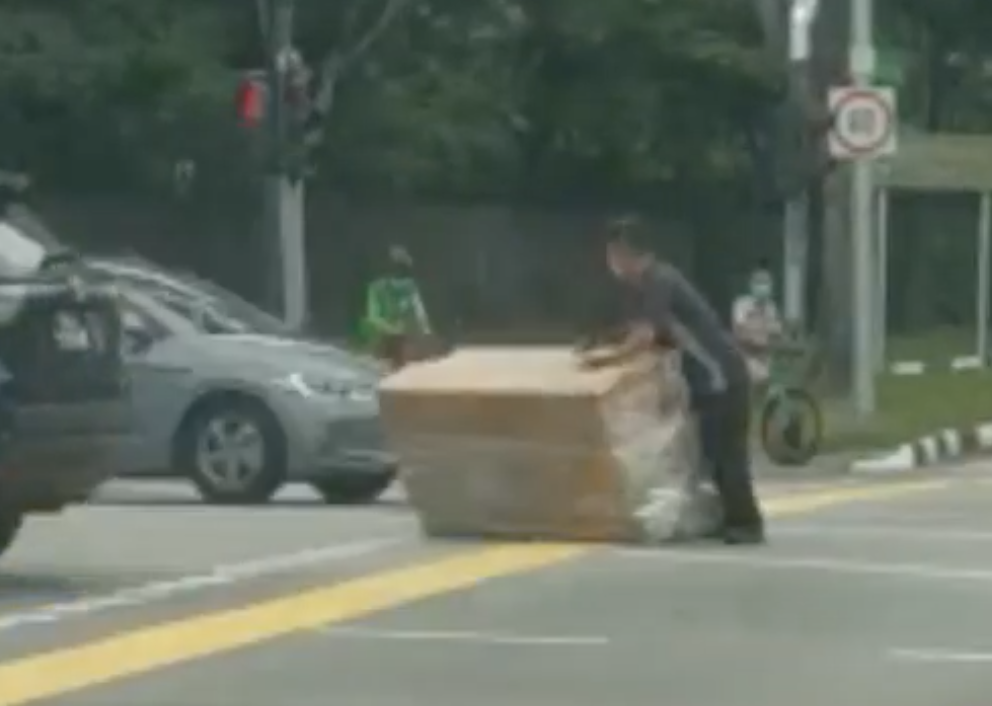 Thankfully, it seemed that he was right in the middle of the road and wasn’t in the direct path of oncoming vehicles.

The man decided to stop his efforts after vehicles had to make a right turn close to him.

The objects in question had allegedly fallen off a lorry. The lorry in question appears to be parked along the side of the road seen in the background of the video. 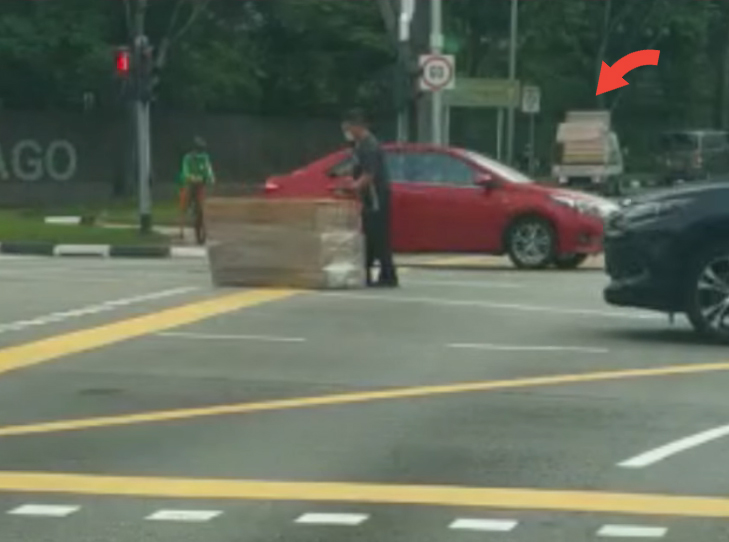 A construction worker came to the rescue

Without warning, a construction worker decided to help the man out of the predicament and made his way towards him when the traffic cleared. 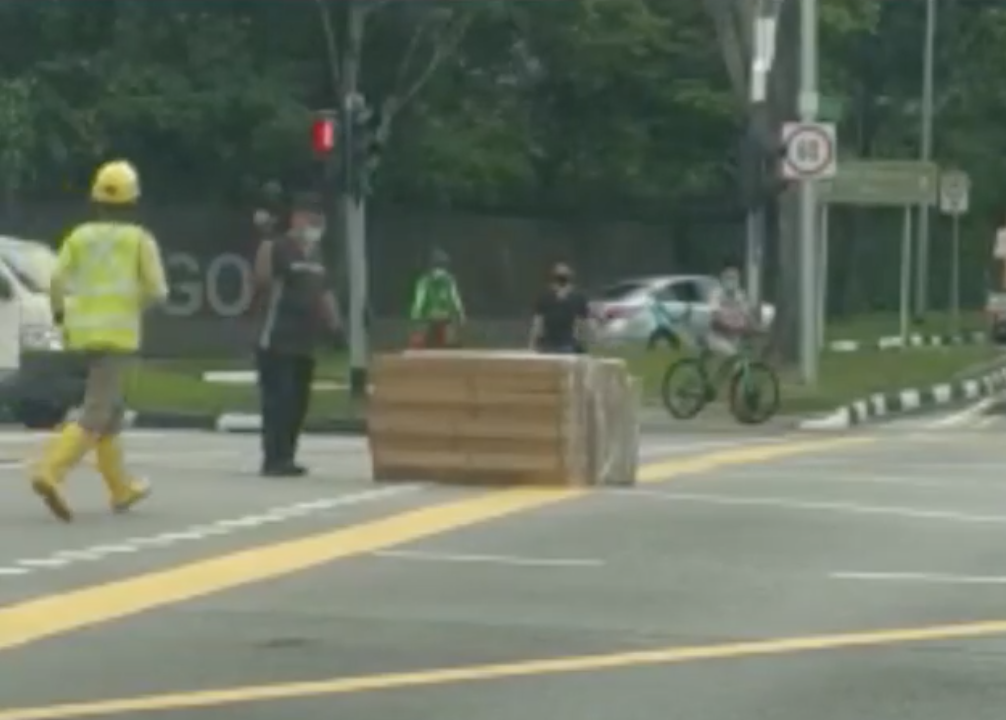 With his protective helmet and boots still on, the construction worker helped move the load away from the yellow box. Thankfully, the man’s colleague later came over with a trolley and the trio loaded the items before going their separate ways. 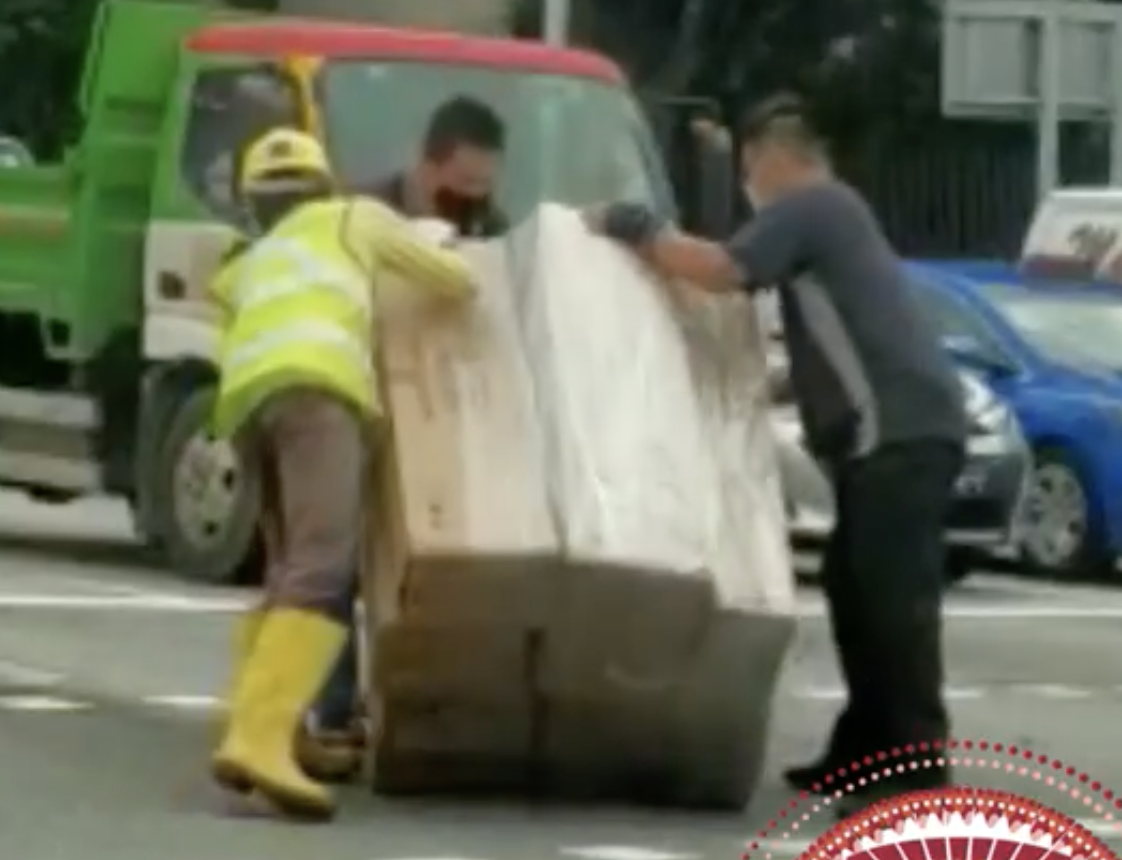 The netizen who took the video described the moment as simple yet beautiful.

Throughout the incident, motorists were patient and didn’t horn at the group, showing how our society, and in particular our drivers, can be tolerative.

Let’s hope members of our society continue to help each other through small acts like this in our tiny red dot.