Those who have worked in the customer service sector before would understand that some people can be challenging to work with.

However, some challenging situations may require police intervention, especially if acts of violence arise.

Recently, a fishball noodle vendor at 888 Plaza in Woodlands had a shocking incident with a customer. Despite minding his own business, a customer started shouting and throwing items towards him.

Seeing the commotion, some of the diners called the police to de-escalate the situation.

A commotion between a customer and a stallholder occurred on Saturday (2 Oct) night at 888 Plaza at Woodlands Drive 50. 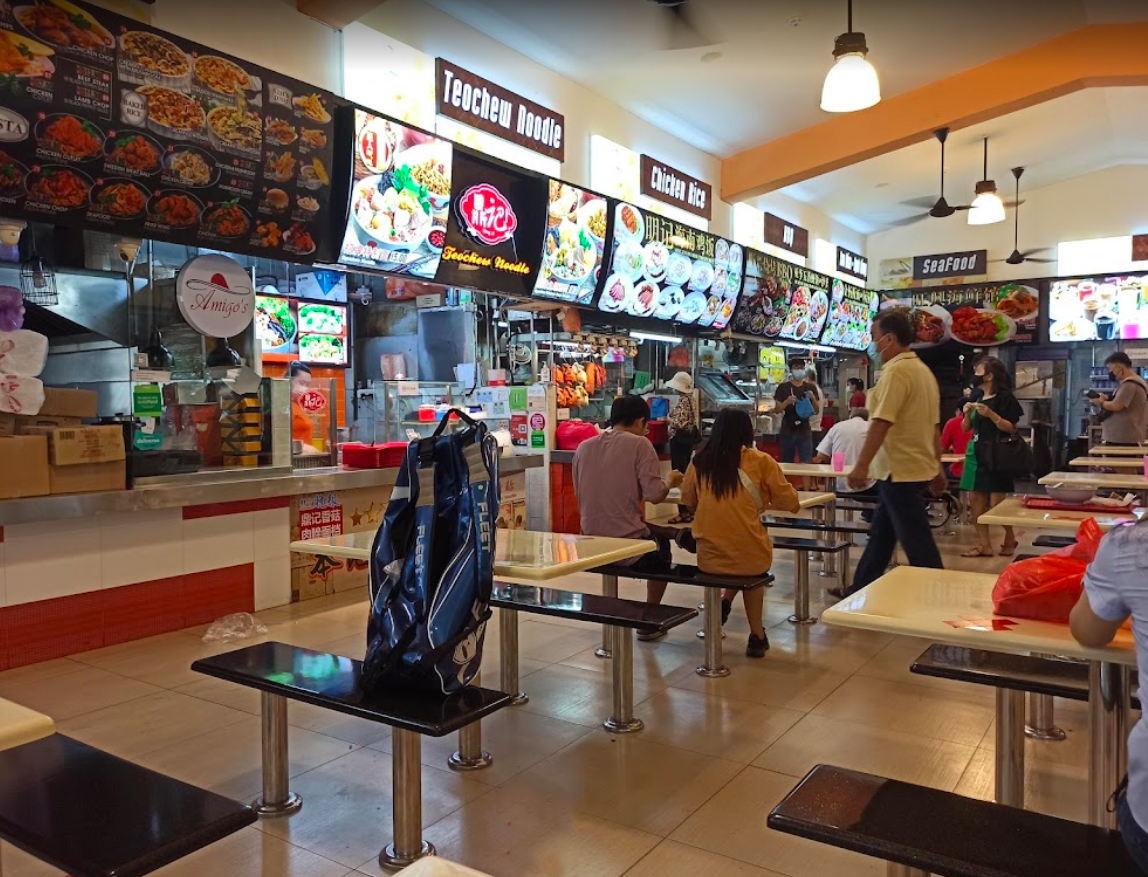 According to Lianhe Zaobao, a customer of a fishball noodle stall allegedly turned angry after the vendor had asked if he wanted his food in a box or plastic bag.

The 67-year-old vendor, Lin Zhao – name directly translated from Mandarin – told Lianhe Zaobao that the customer was a cleaner from a nearby shopping mall.

Additionally, he was extremely shocked when the cleaner started shouting as he had not done anything to provoke him.

He suspects that the cleaner was drunk since he had been shouting for Mr Lin to come out.

The cleaner then picked up the stall’s table bell, a bottle of soy sauce, and a plastic cover of the take-out box placed on the counter and threw them towards Mr Lin. 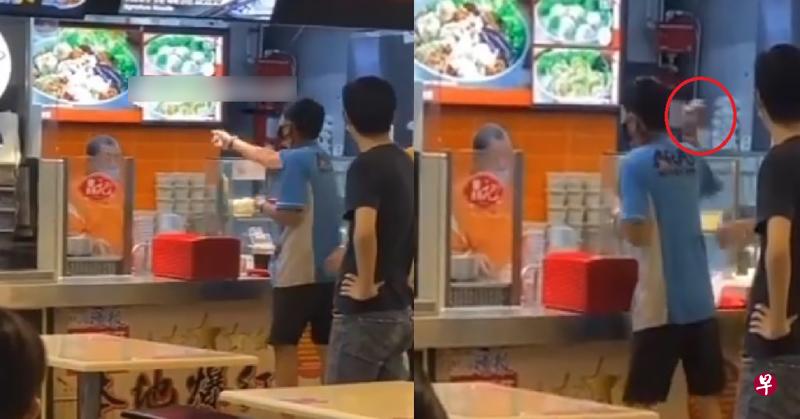 While the cleaner was making different hand gestures while shouting, Mr Lin did his best to ignore the person and continued cooking.

Police called to the scene by other customers

While Mr Lin remained calm throughout the situation, a lady in the queue reportedly stepped in and asked the cleaner to calm down.

When the police arrived at the scene, the customer had already taken his food and left.

Mr Lin mentioned this was the first time such an incident had occurred. Though he had his fair share of customers who were either unreasonable or did not pay for their meal, none of them threw items at him.

While Mr Lin was not hurt, the food stall’s table bell broke after being thrown. 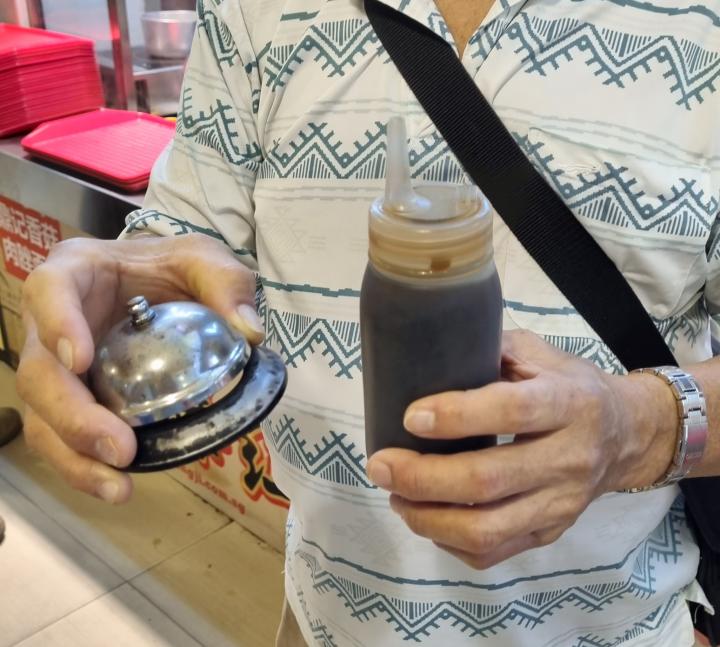 Kudos to the stallholder for staying calm

Since the man left before the police arrived, we cannot ascertain the reason behind the cleaner’s bizarre behaviour.

It must have been shocking for others to handle the situation as it unfolded. But kudos to Mr Lin for staying so calm throughout the ordeal.

We hope he gets a new bell to replace the broken one soon.