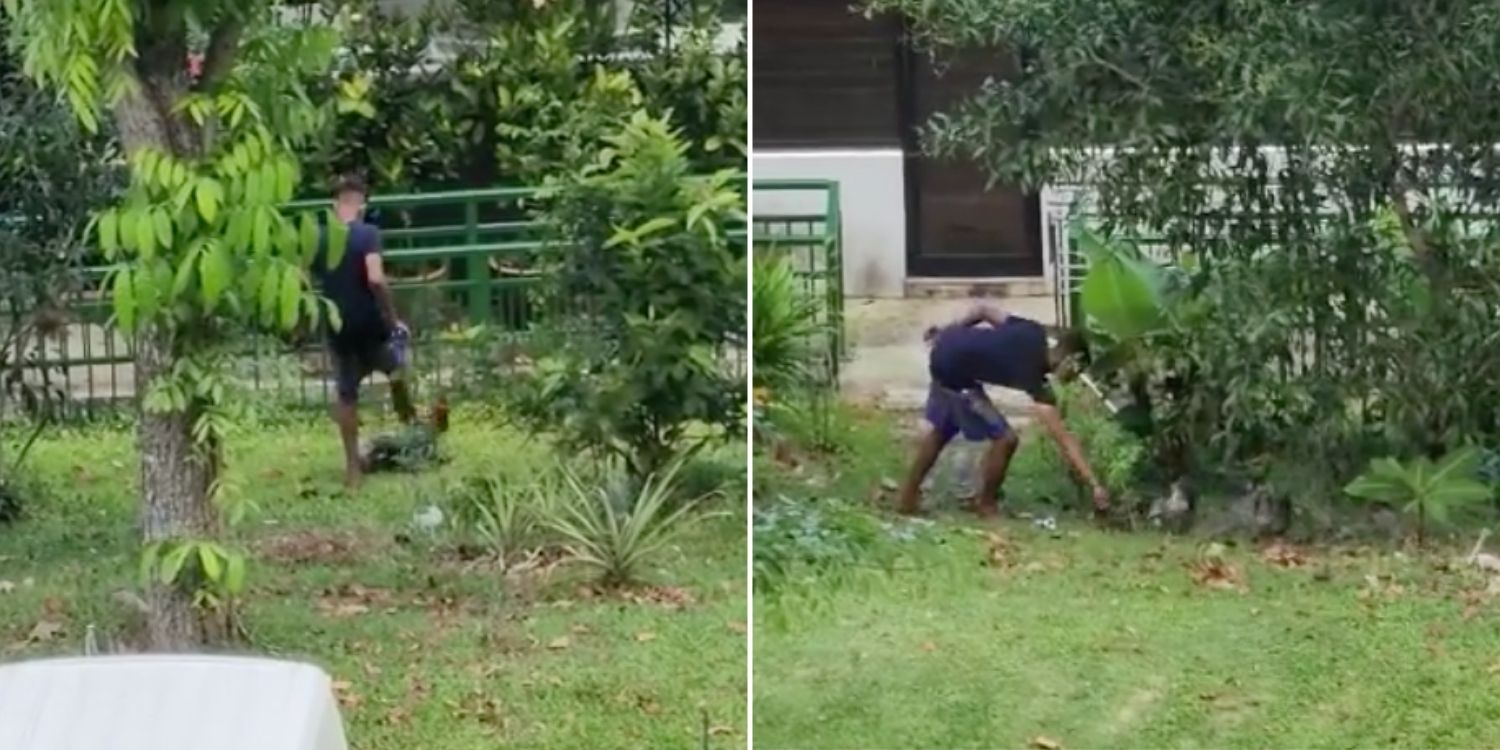 He also threw his slipper at them and used it to whack them.

Netizens Outraged As Man Hits Chickens With Slipper In Hougang

UPDATE (26 May): SPCA is currently appealing for information about the man’s identity to help with investigations.

Those with such information can reach out to SPCA via their 24/7 hotline at 6287 5355 or through email at inspector@spca.org.sg.

As Singapore is a city in nature, we commonly see animals, such as chickens, in our midst.

Unfortunately, some people are seemingly unable to co-exist with wildlife peacefully.

On Sunday (22 Mar), a video of a man chasing and hitting chickens at Hougang was posted to the Singapore Wildlife Sightings Facebook group.

Witnessing the unprovoked attack on wildlife, netizens were outraged and called for authorities to take action against him.

The video on Facebook showed a man approaching a flock of chickens at Hougang Avenue 3 at around 5.37pm.

He momentarily paused before walking towards them, kicking and stepping on them.

Every time he kicked them, the chickens would jump and flee. However, he continued pursuing them.

Eventually, he threw a slipper at the chickens and used it to whack them.

The video ended as the man seemingly walked away from the chickens, presumably leaving the area.

After witnessing the cruel attack on the chickens, many were naturally outraged by the incident.

Some even called for the relevant authorities to take action against his behaviour.

Furthermore, others pointed out that it was incredibly aggravating to watch the attack as the chickens did not seem to provoke him.

On the other hand, one believed that the person recording the video also had a part to play by intervening and helping the animals.

We should do our part to protect wildlife

No matter the reason behind the man’s violent behaviour, attacking harmless animals is never justified.

Hopefully, the relevant authorities will get to the bottom of this and take the necessary action to prevent such incidents from happening again.

Nevertheless, it takes two hands to clap. Members of the public can also do their part by reporting such cases to SPCA.