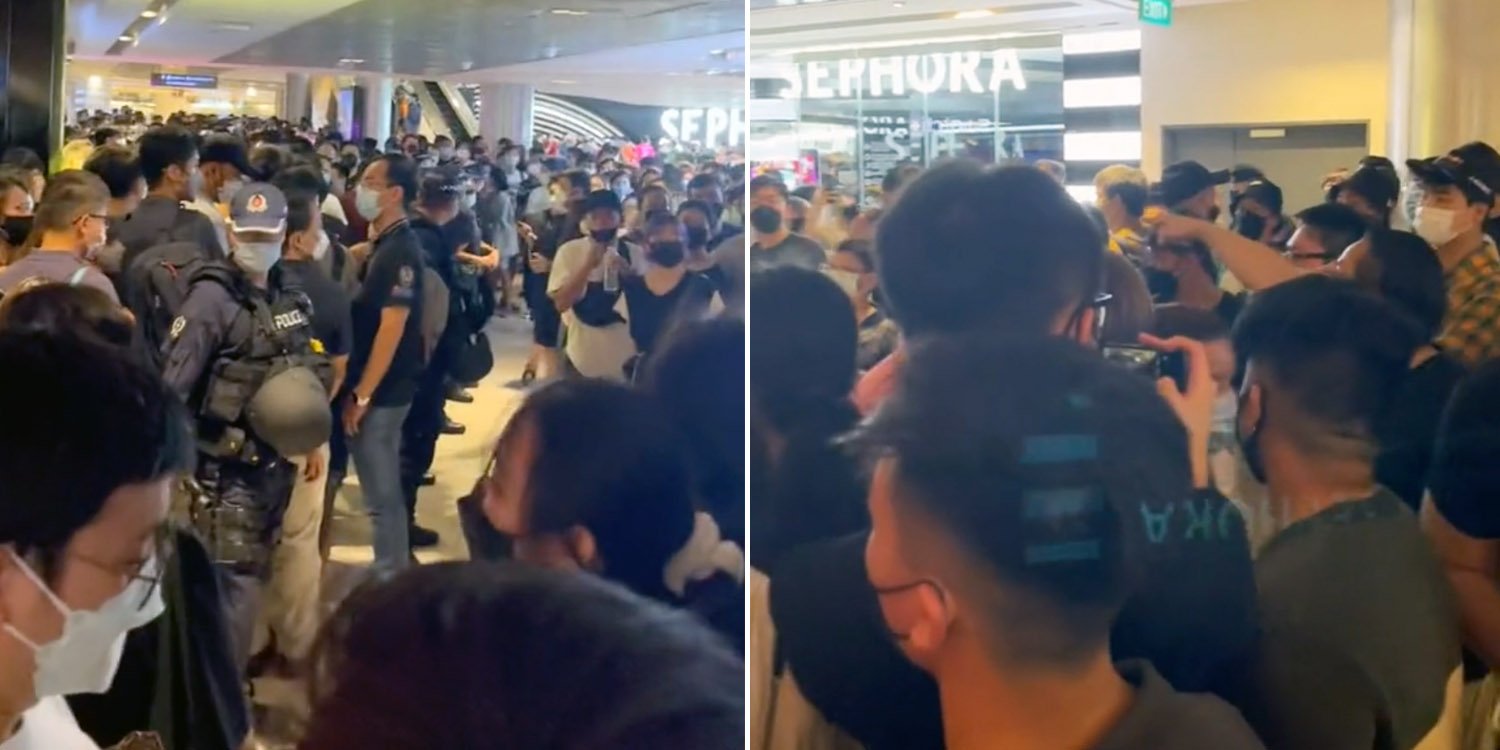 In another video, someone also appeared to have fainted in the crowds.

Man Yells At Police During Swatch-Omega Launch At ION Orchard

Singaporeans are known for their zealousness and perseverance in queueing, especially when a new store or exclusive product arrives on our shores.

On Saturday (26 Mar), the long-awaited MoonSwatch collection – a collaboration between Omega and Swatch – launched, causing crowds to flock to shopping malls, such as ION Orchard and Marina Bay Sands.

Things became heated quickly. Frustrated at crowd control in ION Orchard, one man started yelling at the police. At one point, he shouted at them to ‘use your gun and shoot me lor’.

People around him started reacting, “Whoa, whoa whoa,” with someone saying in response, “It’s just a $300 watch”.

On Saturday (26 Mar), a TikToker shared a video of the crowds at ION Orchard as many hoped to get their hands on a timepiece from the MoonSwatch collection. 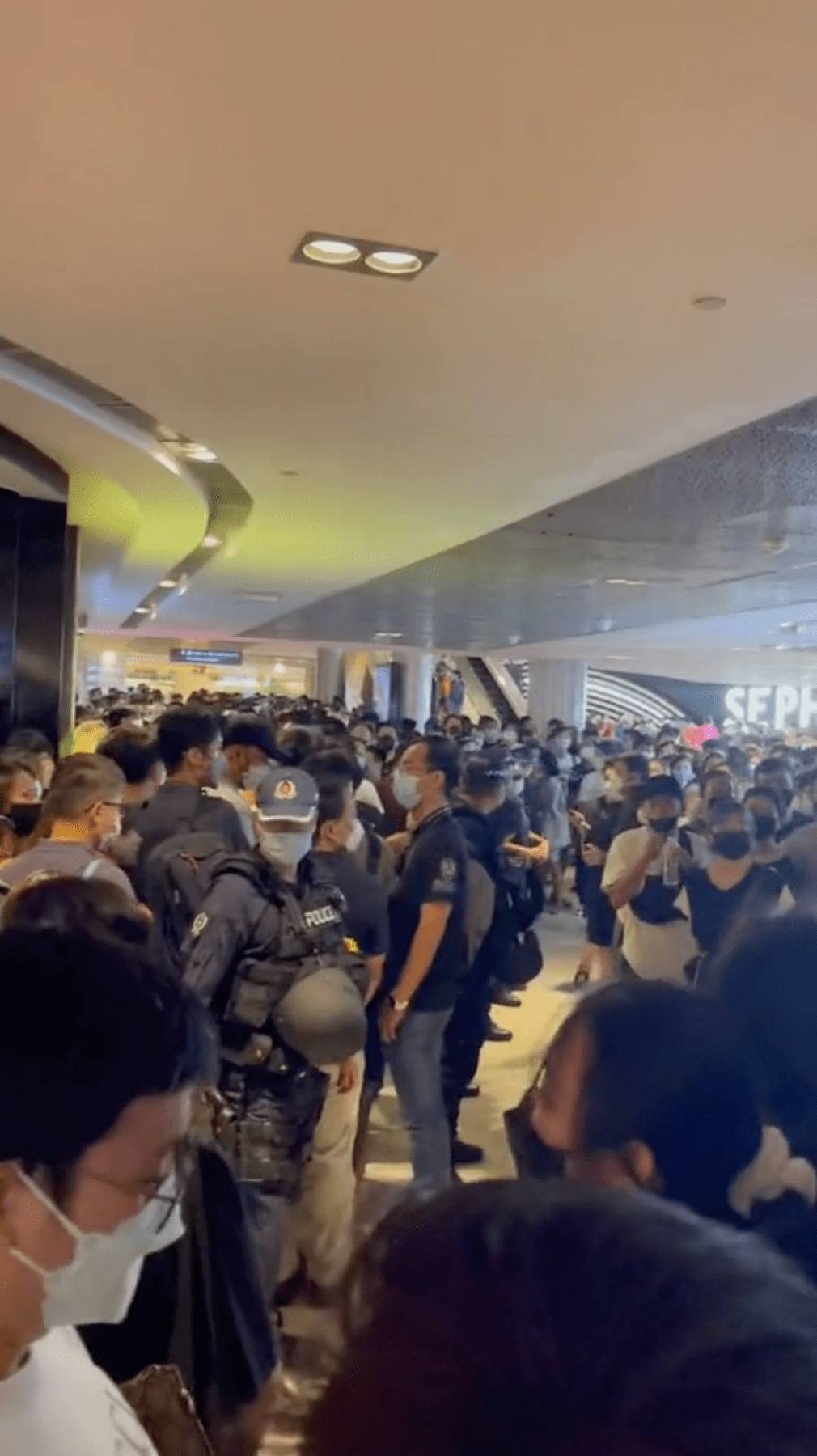 The B2 level of ION Orchard appeared to be crammed with hundreds of people. Police officers were seen trying to manage the crowd.

Then, we hear a man starting to shout at the police with his mask down, allegedly criticising them for separating the people who queued since 4am. 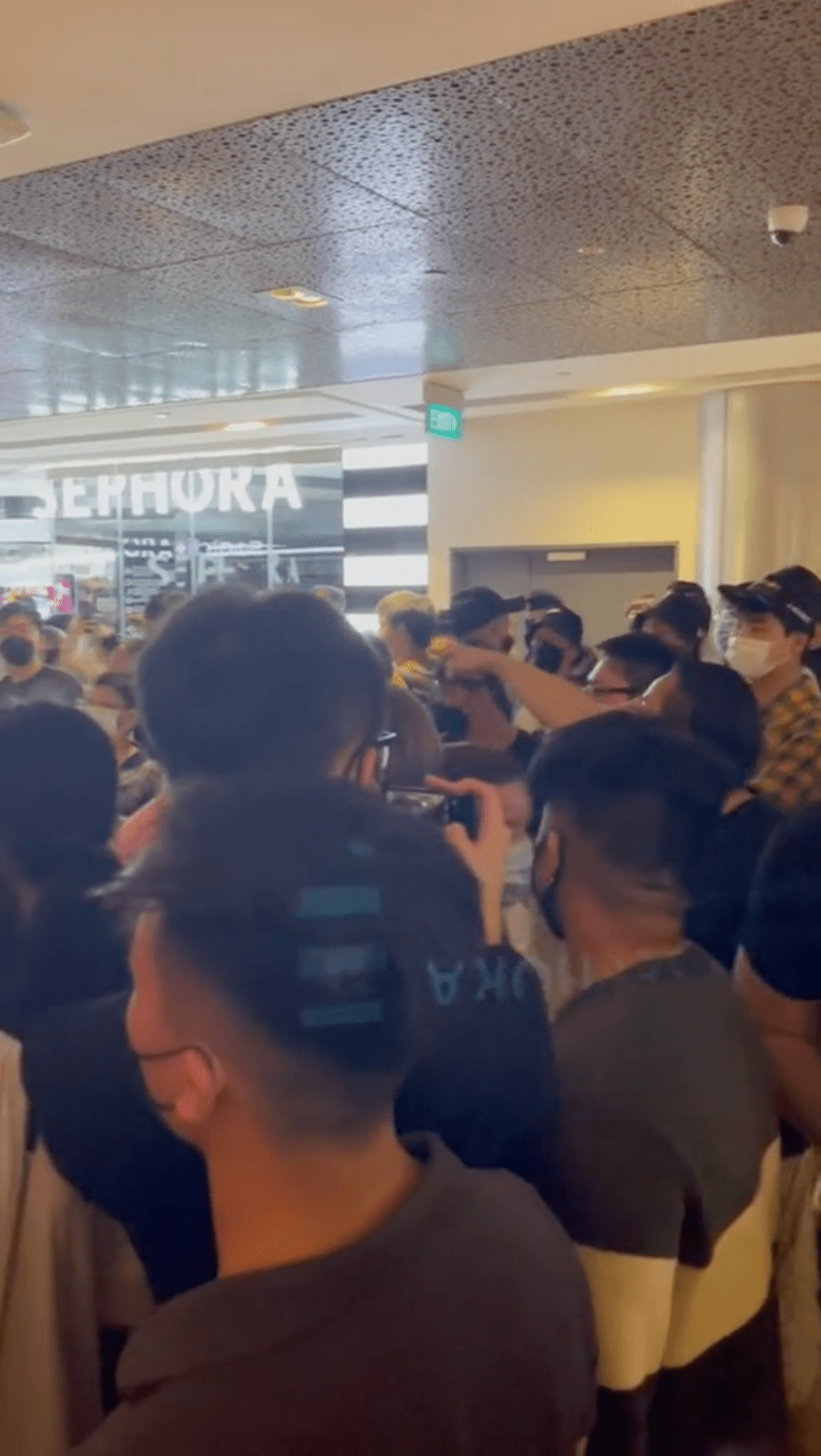 He could be heard saying, “You cut us out like that, and then shout at us”.

The man added that they cooperated with the brand manager, who had instructed them to move back. However, when they did so, they were apparently separated from the initial queue by the police officers.

As the man shouted, some people around him booed in unison at the police.

then you all doing what? 拿抢射我咯!

It means, “Use your gun and shoot me!” in English.

Immediately, the man’s words caused murmurs throughout the crowds. Another man’s voice was heard in the video as he laughingly said, “Bro, this one $300 only leh”.

A woman then dragged the man away as he continued gesturing at the police officers in frustration.

In another TikTok video posted earlier that day, another commotion occurred outside Swatch’s ION Orchard outlet after someone reportedly fainted while queueing. 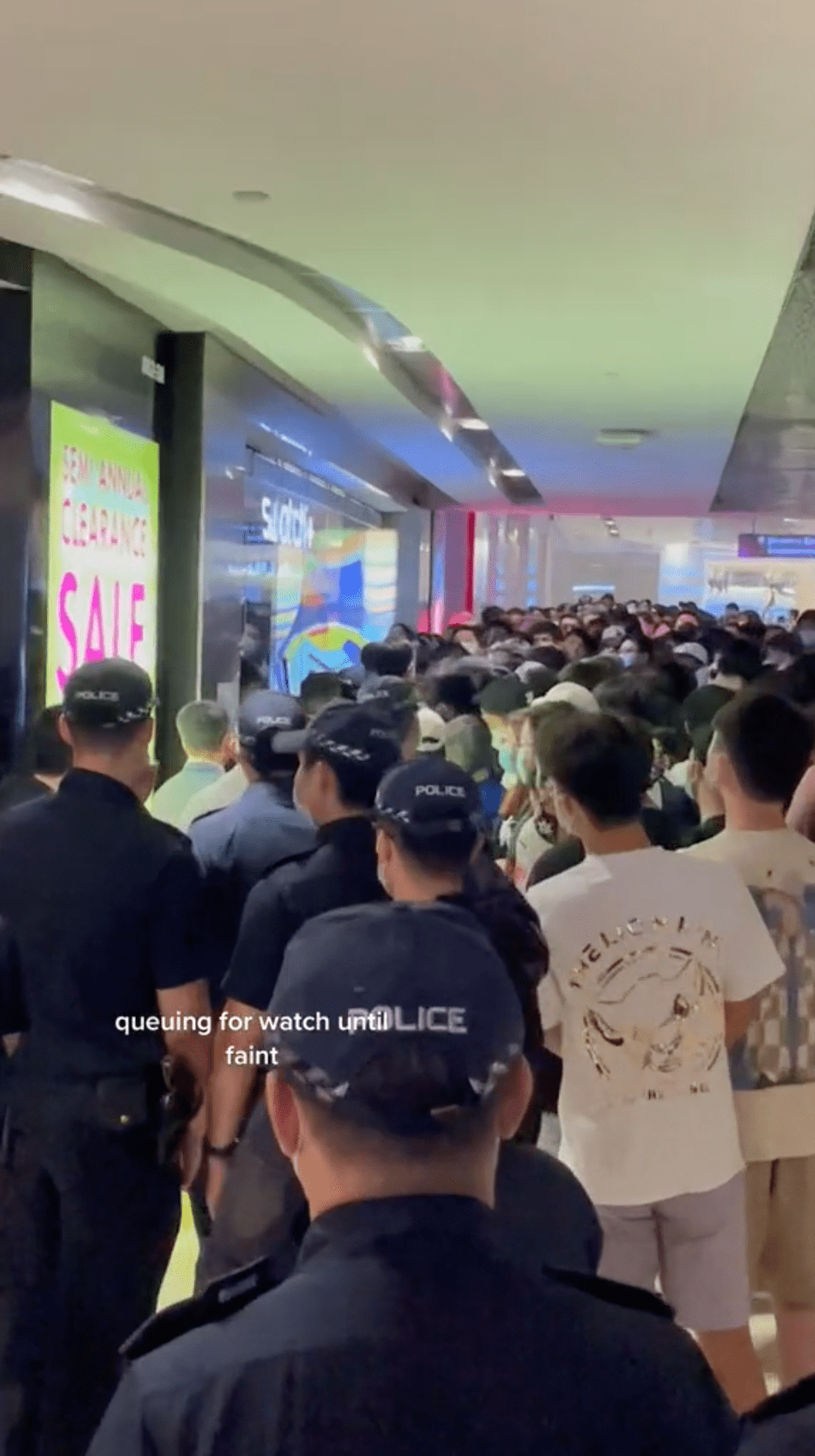 A woman could be heard shouting, “Move back! Move back now!” as police officers tried to clear a path.

Soon after, several officers carried a young lady out of the crowd.

The officers then placed her on the ground and attended to her. In the video, the lady appeared to be conscious.

But the MoonSwatch collection launch at MBS brought significant challenges to both the staff and queueing Singaporeans.

Videos also emerged, showing some customers who were separated and directed to wait at the Sands Expo and Convention Centre.

Many of them were upset after finding out Swatch had not informed them that there were only 100 watches on sale.

They allegedly waited for 6 hours, despite having “no chance” to get their hands on a watch.

Customers had a lengthy discussion with staff from MBS and Swatch as they asked for compensation, such as complimentary parking or discount vouchers.

Despite all the hoo-ha, the MoonSwatch watches are not limited edition, and there will be more purchase opportunities in the coming weeks.

Nonetheless, the chance to get their hands on one of these watches has seen people queueing for long hours, not just in Singapore but all around the world.

Hopefully, these watch lovers will eventually be able to purchase one of these prized timepieces of their own in time to come.