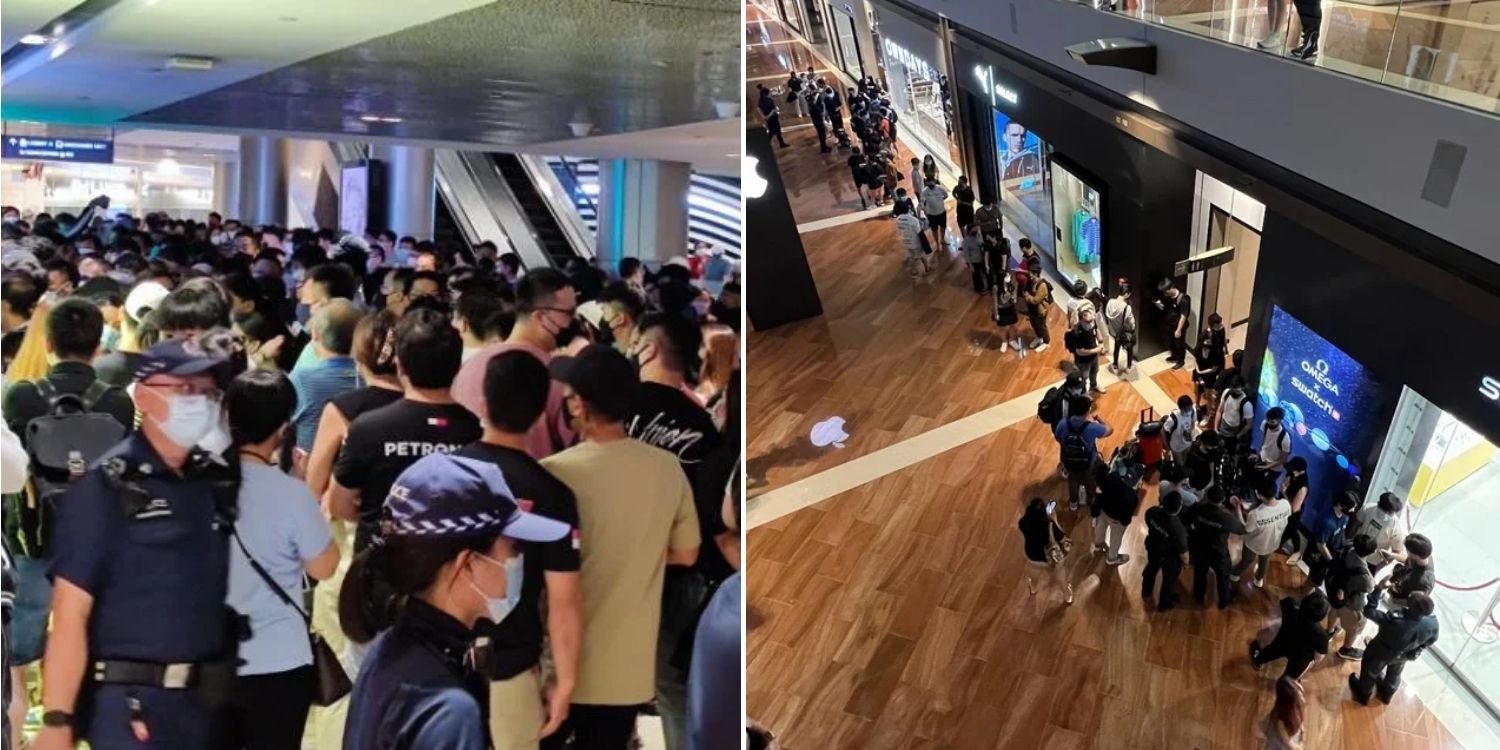 People were queuing from as early as 6.30am.

Singaporeans are known for their willingness to queue for exclusive or limited-edition products, so much so that the art of queueing has become a sort of national pastime.

Though we’ve seen fewer of such instances lately due to the pandemic, it seems like the upcoming easing of restrictions is motivating more people to go out in throngs.

This morning (26 Mar), long lines formed at ION Orchard and Marina Bay Sands (MBS) as hundreds of customers tried their luck at copping exclusive timepieces from the MoonSwatch collection — a collaboration between Swatch and Omega. 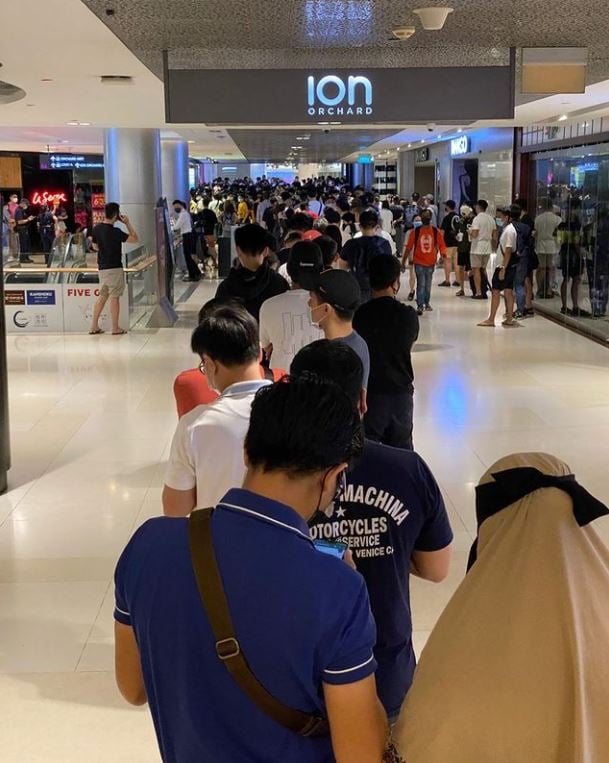 The overwhelming response prompted Swatch to reduce the purchase limit per customer.

Police officers also appeared at the Swatch outlet at ION Orchard, presumably to keep the situation under control.

While many of us were still resting from the tiring work week, others were up early this Saturday (26 Mar) morning to join queues at MBS and ION Orchard.

A YouTube video shows the ION Orchard queue situation at 8am, 2 hours before the Swatch outlet opened.

The queue was seen stretching from the Swatch outlet next to H&M to Orchard MRT station.

One Twitter user even claimed that there were 3 or 4 queues leading to the store. 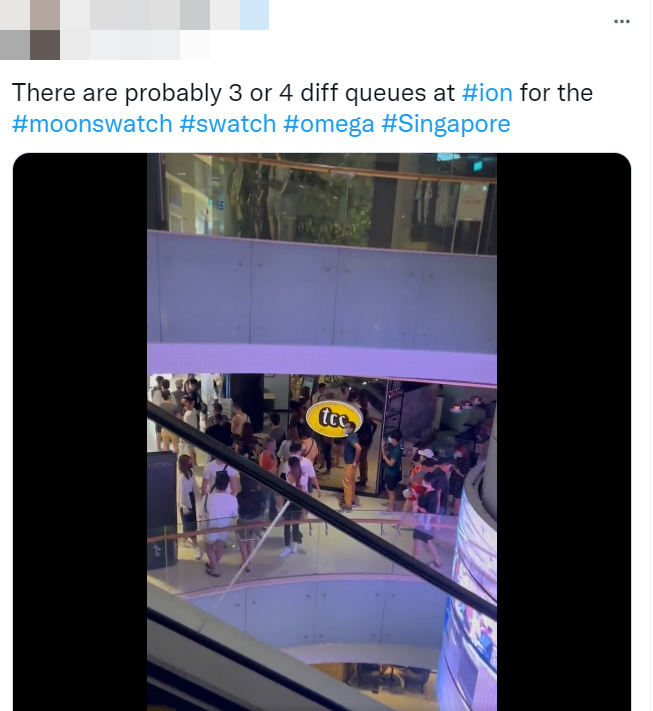 As the crowd quickly multiplied in size, police officers showed up at the scene, presumably to help oversee the situation.

In quieter parts of the queue, some folks appeared well-prepared with foldable chairs and devices to pass time.

But the waiting time and possibly the size of the crowd may have been too much to bear for others. One Redditor claimed that someone suffered a panic attack and “had to be carried out by police”.

Over at MBS, roughly 200 people were reportedly already in line outside the Swatch outlet since 6.30am this morning. 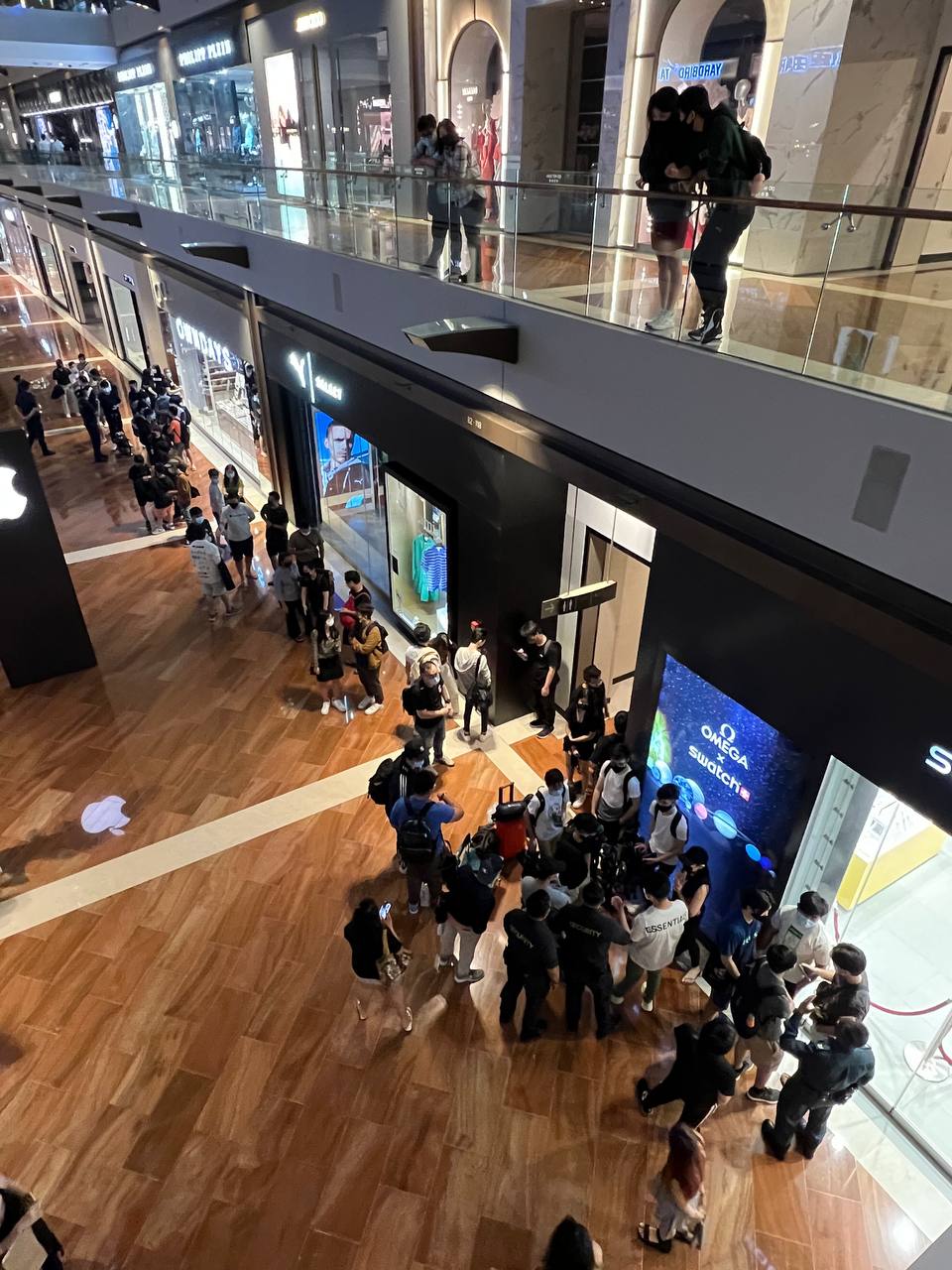 Unlike the crowds at ION Orchard, however, things seemed visibly less chaotic there.

In case you were wondering, folks in line were actually queueing for timepieces from the MoonSwatch collection, a collaboration between Omega and Swatch. 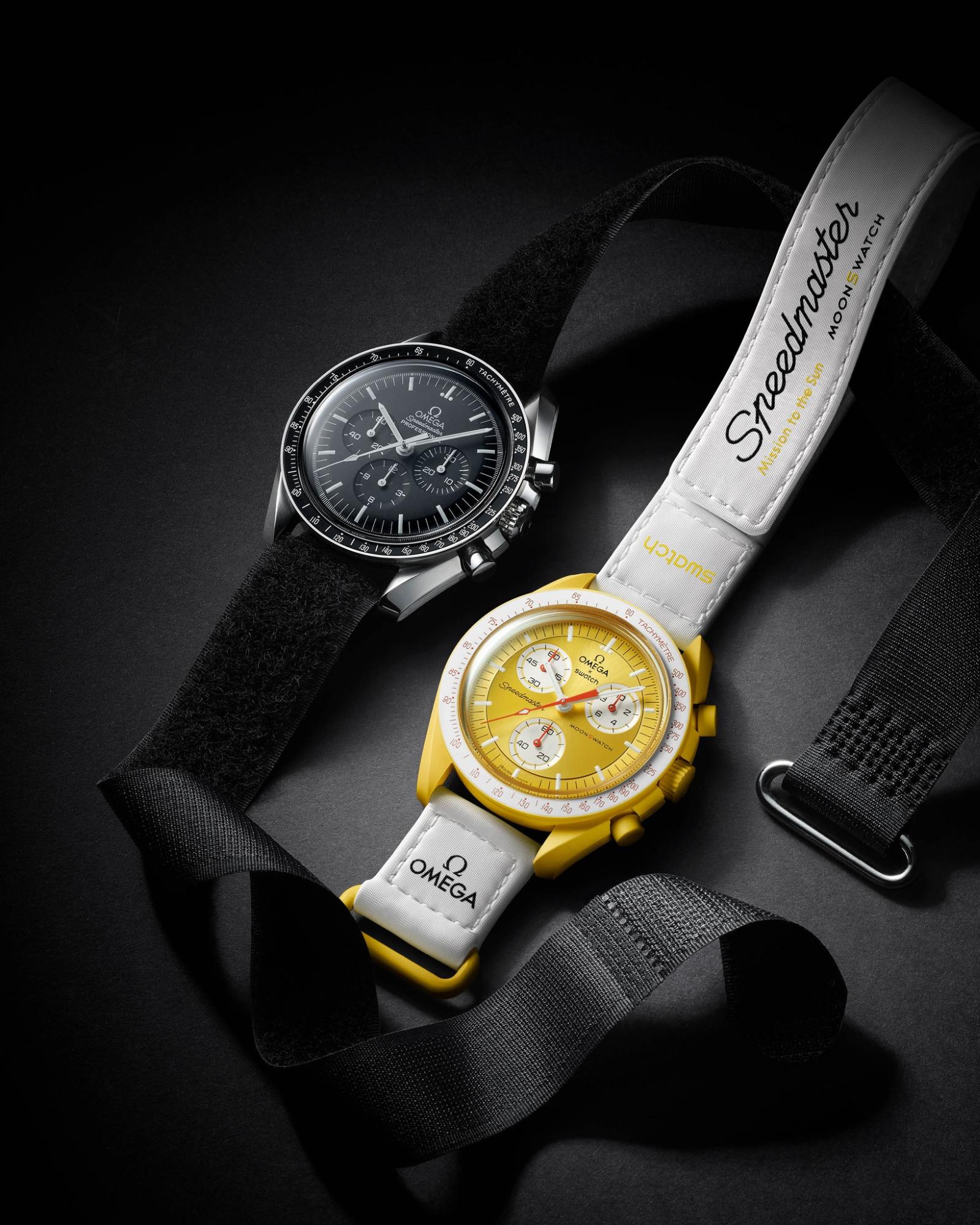 The collection comprises 11 models, each of a different colour and named after planetary bodies.

Timepieces from the collection offered a “colourful Swatch take” on the iconic Omega Speedmaster Moonwatch, but at a fraction of the price. While the Omega model reportedly costs north of S$9,000, watches from the MoonSwatch collection cost merely S$372 each.

According to The Straits Times, the watches were launched on Saturday (26 Mar) at 2 Swatch outlets at ION Orchard and MBS. Each customer was allowed to purchase two watches per transaction.

However, on the morning of the launch, Swatch lowered the purchase limit to just 1 watch per person until further notice in light of the “unexpected and phenomenal demand”. 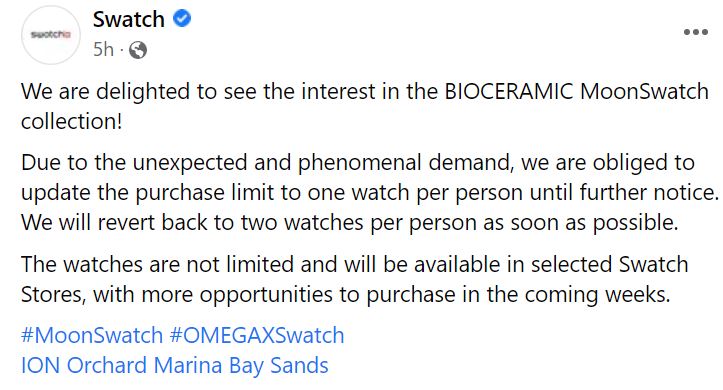 Swatch emphasised that the watches are “not limited” and that there will be more purchasing opportunities over the coming weeks.

Hope those who spent hours queueing found it worth their time

As much as Singaporeans love to queue, standing in line for hours on a Saturday morning for something that’s not limited is likely not for all of us.

Nonetheless, we hope those who spent time queueing up found that it was worth their time and hopefully managed to cop their desired design.