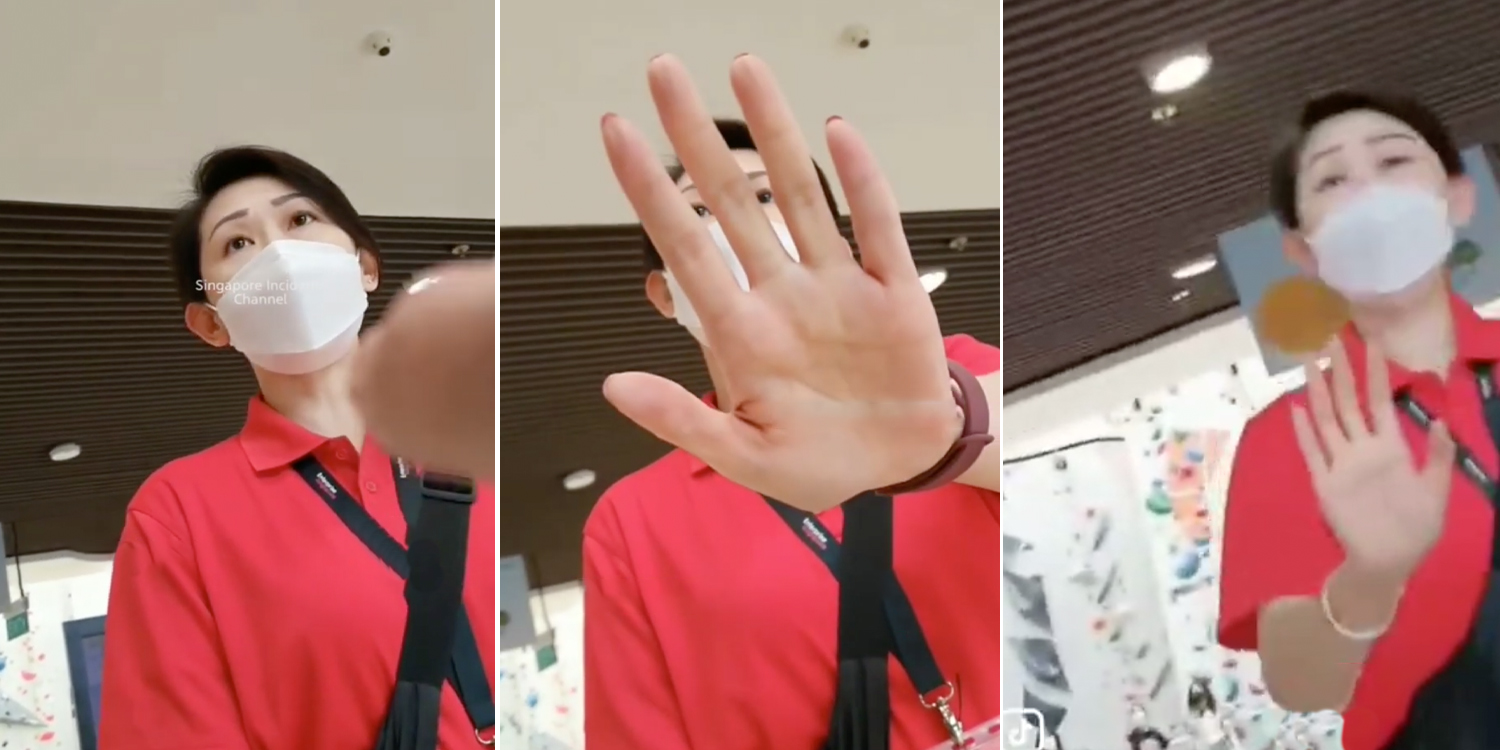 As we walk about malls these days, Safe Distancing Ambassadors (SDAs) are a common sight, helping to ensure the public adheres to safety measures.

On Sunday (11 Sep), Singapore Incidents shared a video of a man confronting an SDA at Kallang Wave Mall.

In the video, the man can be heard accusing the SDA of not doing her job properly.

However, she keeps her cool and eventually calmly disengages from the escalation.

The 1-minute 32-second video filmed by the man starts off with him in the middle of questioning the SDA about her responsibilities.

In response, the SDA explained that making reports and ensuring the public follows safe management measures are equally important components of her job. 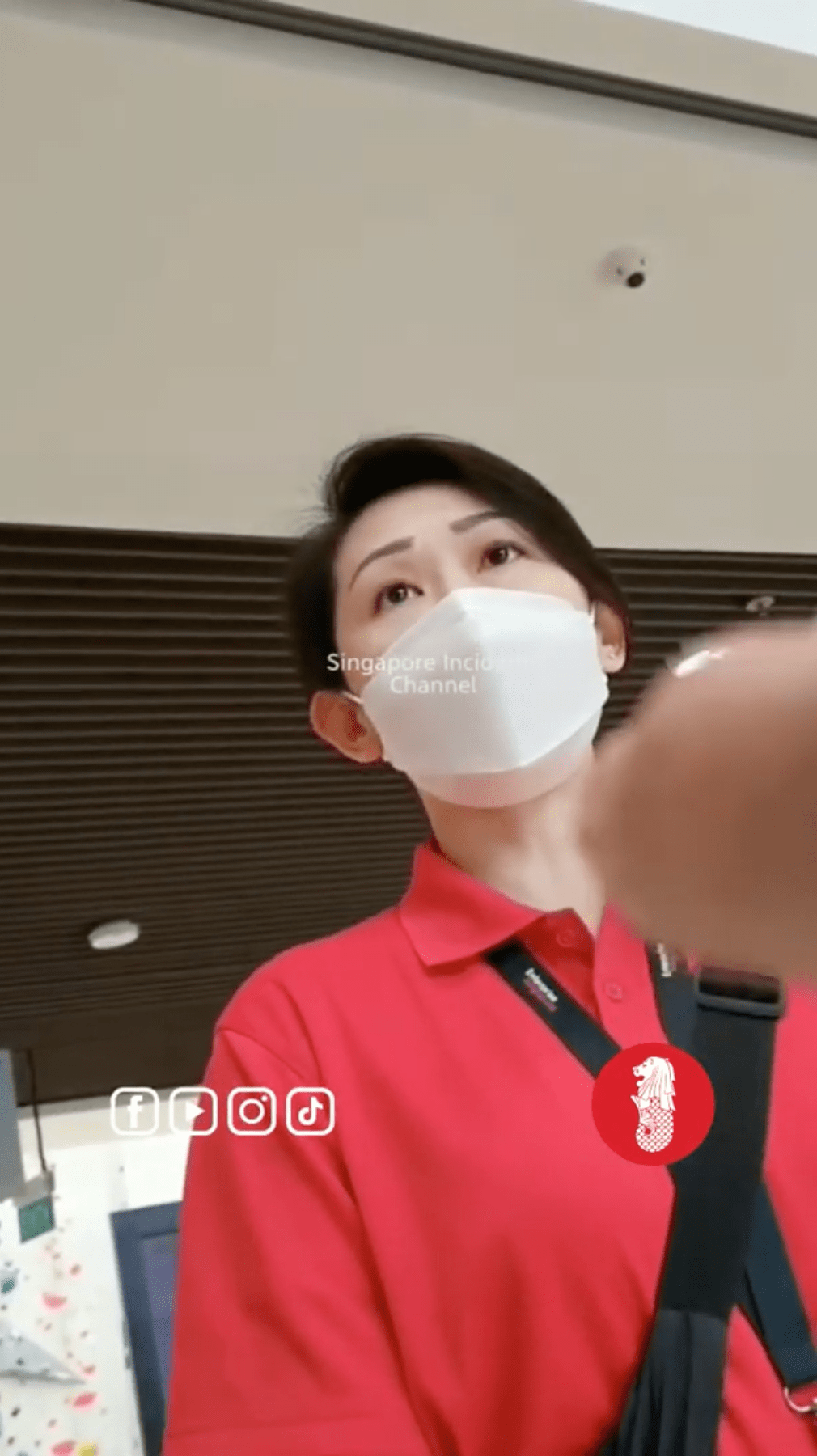 The man then accused the SDA of not being observant as he claimed a passer-by wasn’t wearing a mask when he walked past her.

Following that, the SDA tried to explain that she did not see the passer-by. Furthermore, the passer-by was apparently on his way out of the mall.

However, the man remained dissatisfied with the answer, saying there were discrepancies in her explanation.

At this point, the SDA looked down at the camera and asked the man to stop recording her. But the man continued to do so, insisting that she was not doing her job.

The SDA then backed away from the man, calmly saying, “Sir I don’t want to engage with you anymore”.

She then repeated herself, asking the man to stop recording.

Despite that, the man continued accusing the SDA of not doing her job, saying that it took a “public-spirited bystander” like him to bring to her attention that someone was not wearing a mask.

The SDA tried to explain herself but was cut off by the man who then insinuated that she was making excuses.

Seemingly not wanting the situation to escalate, the SDA thanked him for his feedback and told him she is going to disengage. At the conclusion of the video, the man said he will be making a report.

SDAs deployed to shopping malls in Singapore are under Enterprise Singapore.

Seeing the video, many netizens praised the SDA for keeping calm when confronted.

Some also felt that if the man really wanted to help, he should have walked up and advised the maskless man himself instead.

However, some concurred with the man, saying there are many instances SDAs were not doing their jobs properly.

What happened prior to the video is not known so it’s best for us not to speculate.

Nonetheless, although voices were raised, we’re glad the man and the SDA managed to keep things relatively civil.

After all, we are all fighting the same fight, trying to keep Singapore safe.

Whatever the case, the public can report Covid-19 breaches in a variety of manners, including through the SGSecure app.

Ivermectin Tablets Are Being Sent Via Postal Parcels Into S’pore, ICA Blocks 5 Attempts