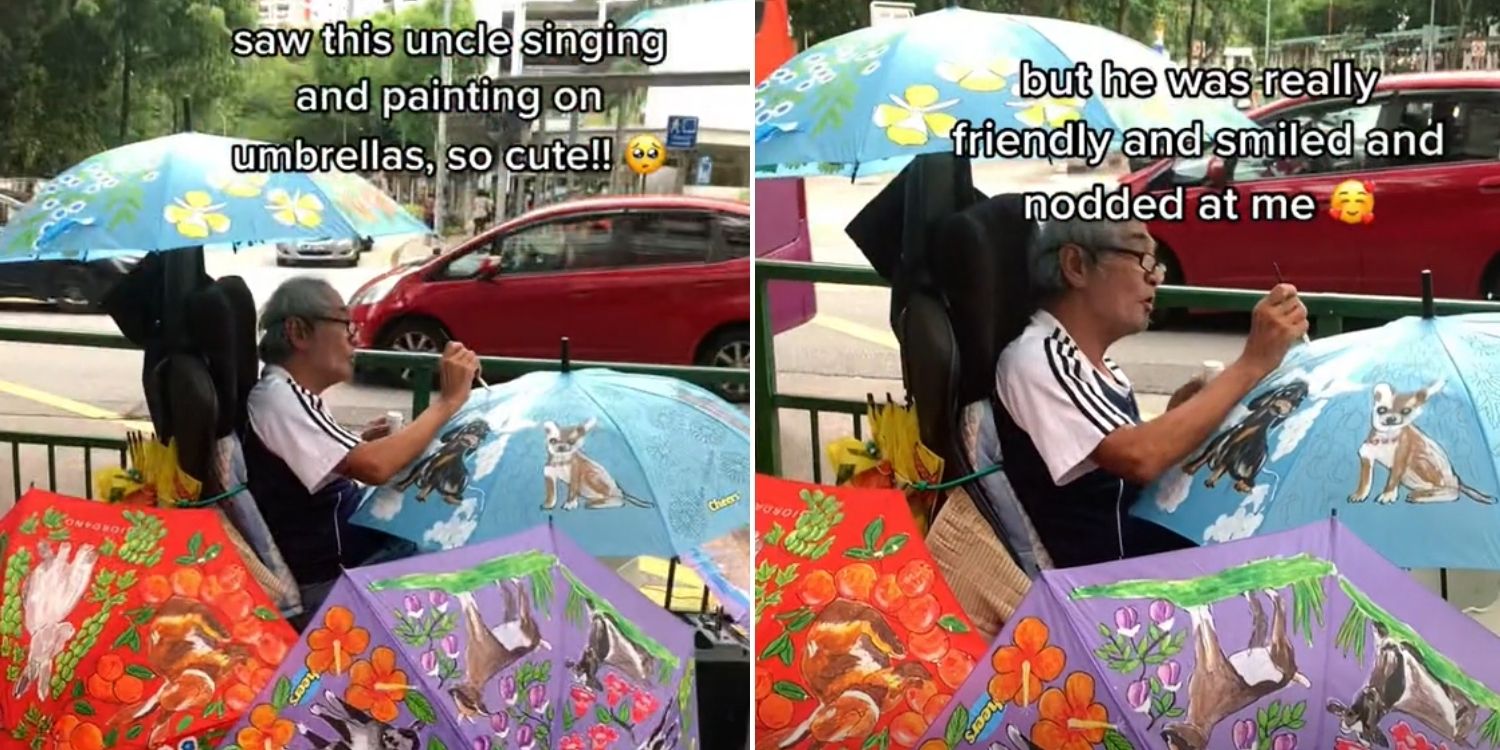 The old man surely knows how to enjoy life.

Many of us may have fond childhood memories of unleashing our artistic sides and creating artwork, only to slowly lose interest as we grow up.

However, one elderly man in Singapore didn’t stop letting his creativity flow.

Recently, TikTok user @arethalzy posted a video of an elderly uncle singing while painting on an umbrella at a roadside in Tiong Bahru.

Many netizens couldn’t help but gush over his talent and heaped praises on his lovely paintings.

On 7 May, TikTok user Aretha, who goes by the username @arethalzy, shared a wholesome clip of an old man painting on umbrellas near Tiong Bahru Plaza.

Sitting on a comfy chair, the bespectacled man calmly adds a few brushstrokes to a sky-blue umbrella.

What made the encounter even more mesmerising was the fact that the man was singing into a headset microphone while he worked.

It seems like the elderly man loves all kinds of furry four-legged animals, flowers, and fruits.

All the umbrellas bear beautiful images of rabbits, dogs, sunflowers, and even green grapes, looking like they could be the cover of a fairy-tale book. 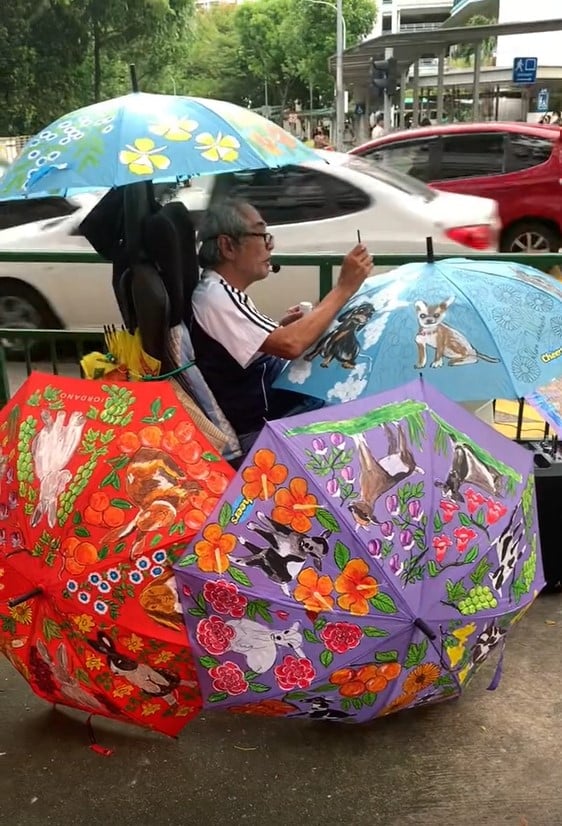 Aretha, who was lucky enough to witness this endearing sight, shared that he was “really friendly” and “smiled and nodded” at her.

The man’s artistic talent captivated other users, who showered him with compliments. 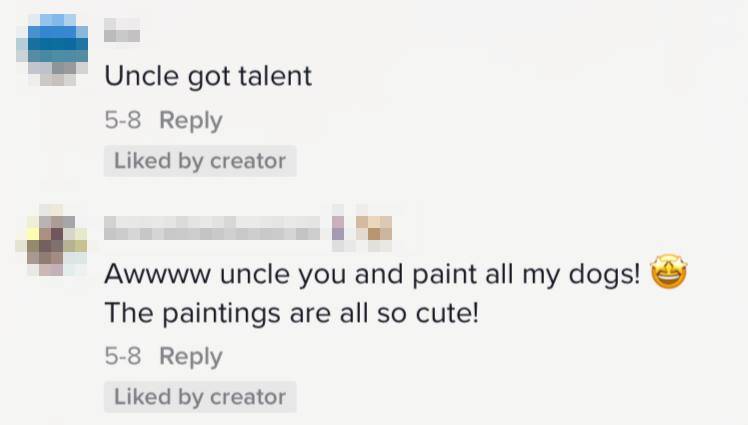 Many also declared that they would love to purchase one of the umbrellas to support the uncle’s creativity.

A few reported that they had spotted the uncle painting outside Clementi Mall as well, just below the Clementi MRT station.

If you’re a sucker for his paintings or simply want to support him, you can try dropping by both areas to see the uncle working his magic in person.

An inspiration for us to slow down & enjoy life

It proves that one doesn’t have to give up on their passions in their golden years — in fact, this might even be the best time to enjoy them.

We hope that this elderly uncle will keep doing what he loves and continues to spread positivity through his artwork.