S’pore Man Does Perfect Splits & High Kicks At 71, Trains Every Day For 20 Years 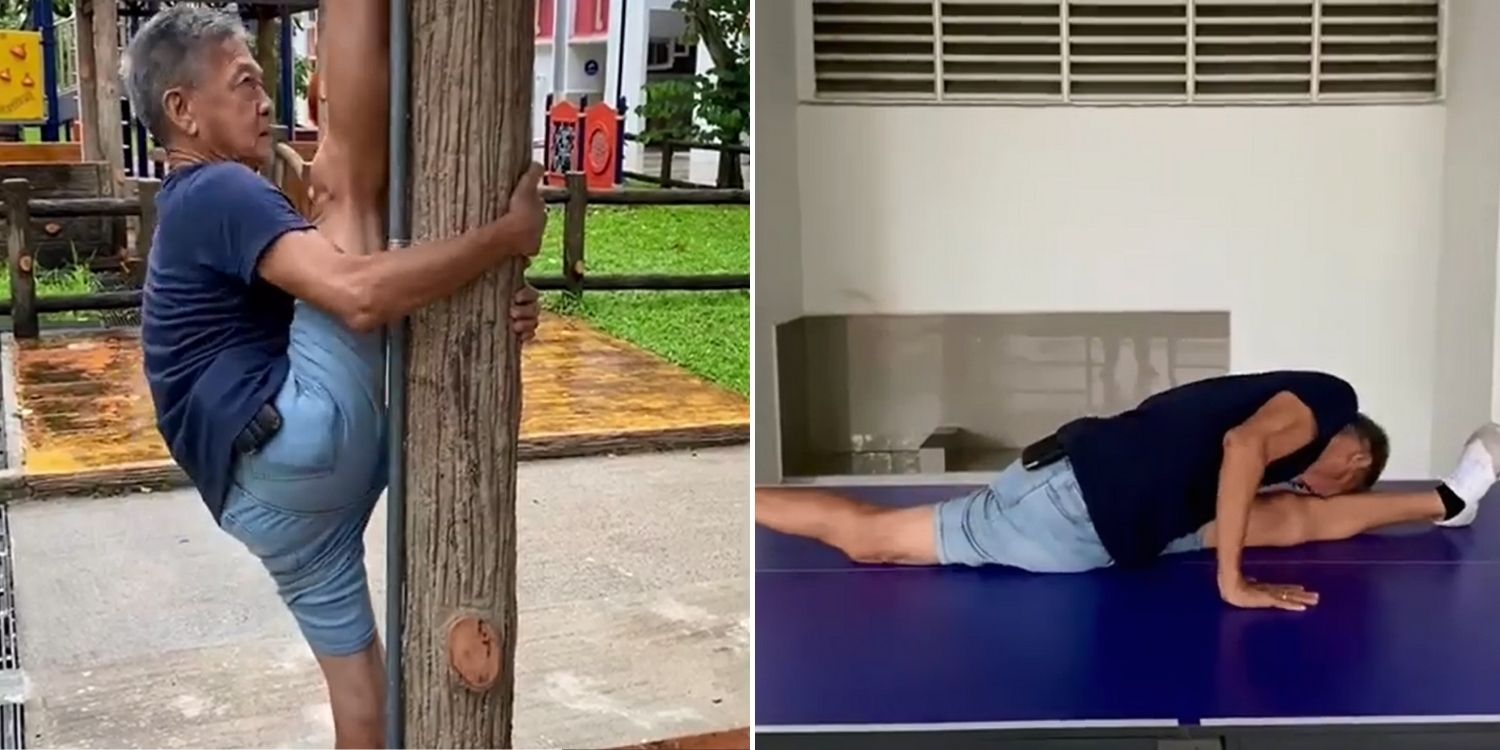 The man shared that he's just doing what he loves.

When it comes to challenging physical stunts, one may assume that a young person can only achieve these. However, it looks like some out there are in much better shape than folks half their age.

One of them is 71-year-old Mr Su Ming Fu, who is living proof that age is not a factor when it comes to doing difficult flexible movements.

With years of training and practice, he can effortlessly execute stunts such as high kicks and perfect splits.

We get a glimpse of Mr Su’s awe-inspiring flexibility in a video by Shin Min Daily News.

In the first scene, he puts his left foot on the ground as he presses the calf of his right leg onto a wooden pillar, doing a vertical split. He then bends forward to place his face on his knee. 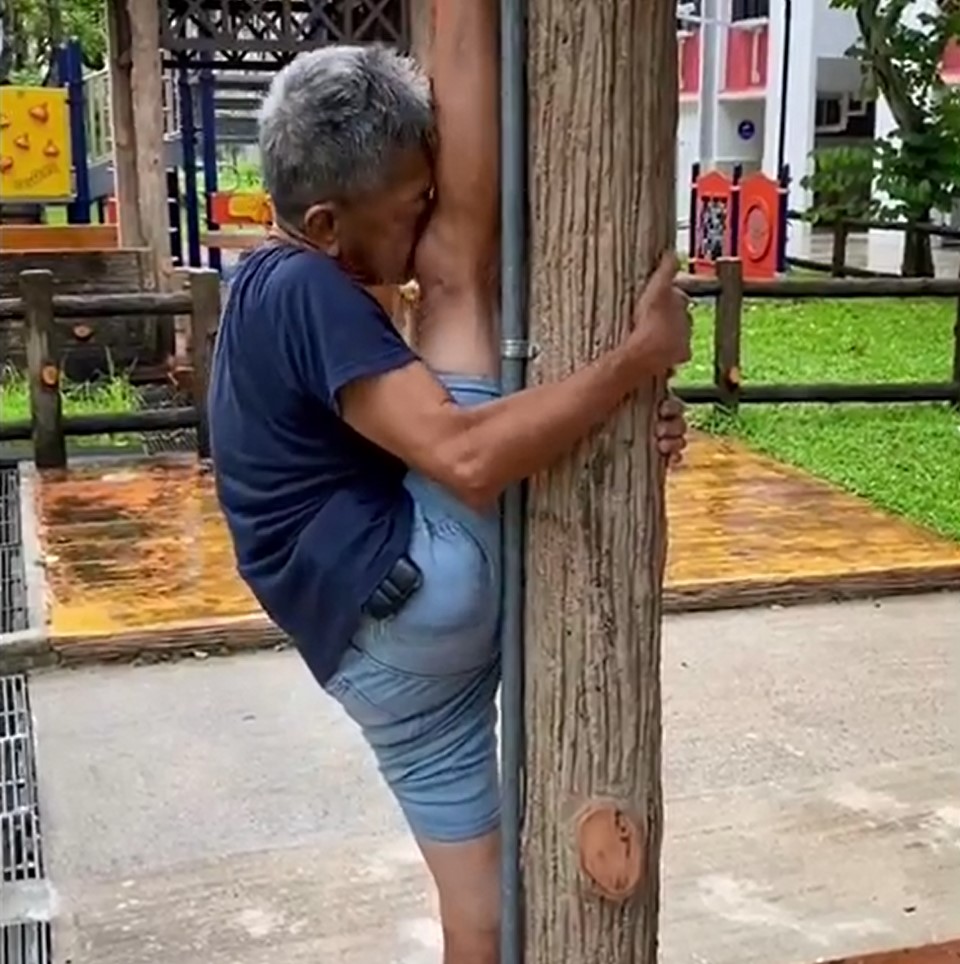 The septuagenarian can also do a wheel pose effortlessly, where one bends backwards until both their hands touch the ground.

If that’s not already impressive enough, he can even do a perfect split on the ground — a move that many of us might not even dare to attempt now.

Mr Fu can also do a high kick, knocking a piece of cardboard from the top of HDB letterboxes with his foot.

The video ends with him doing stretching exercises with a resistance band and a determined look on his face.

He wanted to get rid of his belly fat

This clip will undoubtedly leave many wondering how Mr Su can do all these – and why – since he is already in his 70s.

He told Shin Min Daily News that he’s always had good physical flexibility since he was young and could perform movements that others usually could not.

At 52, he wanted to reduce his belly fat. Since he had a lot of spare time as a retiree and considered himself an active person, he decided to challenge himself.

He added that he wasn’t afraid of learning the moves back then despite his more advanced age.

For the past two decades, Mr Su would practise the moves every day for two hours. He lost eight kilograms after just half a year of training.

His daily training consists of practising over 10 sets of difficult movements, including high kicks and splits.

Despite his jaw-dropping achievements, he modestly stated that it’s no big deal as he’s just doing what he loves.

And he definitely has no plans to stop or slow down — Mr Su added that he hopes to keep on training like this as he continues to age.

As the saying goes, age is just a number. Mr Su proves that as long as we have a determined mindset, anything is possible — even if it’s doing a high kick and splits in your 70s.

Mr Su’s persistent efforts and courage can perhaps also encourage us to try out the things we once hesitated or didn’t dare to do.

We truly admire Mr Su’s positive mindset and hope that he can continue to enjoy practising his moves, just like what he wishes for. In the meantime, we’re off to do some stretching exercises of our own as well.