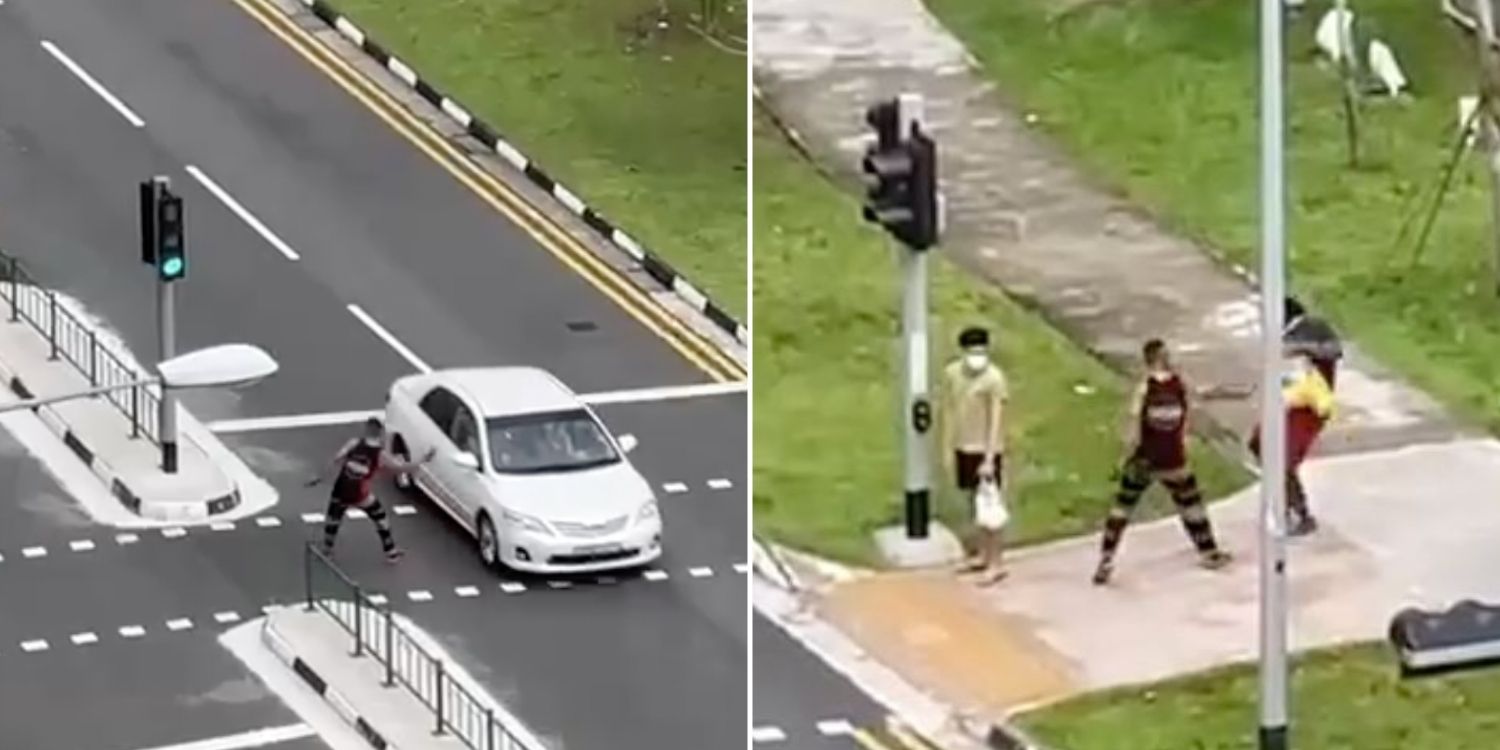 Even in a relatively safe country like Singapore, danger can emerge in unexpected forms.

On Monday (14 Mar), a man appeared near Buangkok Square mall, allegedly assaulting people and cars with a sword. Footage of this was shared on social media and messaging apps like Telegram and WhatsApp.

The man has been arrested, and investigations are currently ongoing.

According to Channel NewsAsia (CNA), a man was seen wielding a sword near Buangkok Square mall on Monday (14 Mar).

In a Telegram video, he can be seen swinging his sword at a car as it passed him by.

When other cars stopped for him to cross the road, he took the opportunity to attack them.

He then walked towards the traffic light and assaulted pedestrians. When he lunged at a man with his sword, he lost his balance and slipped. 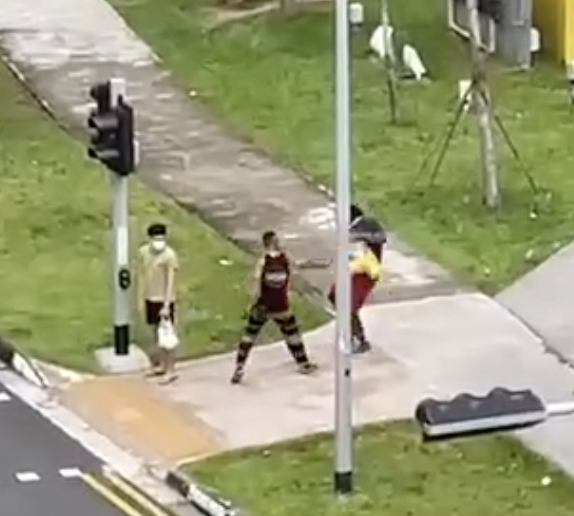 The unarmed man quickly used this chance to subdue him, pinning him on the ground. Other passers-by also promptly intervened to help. 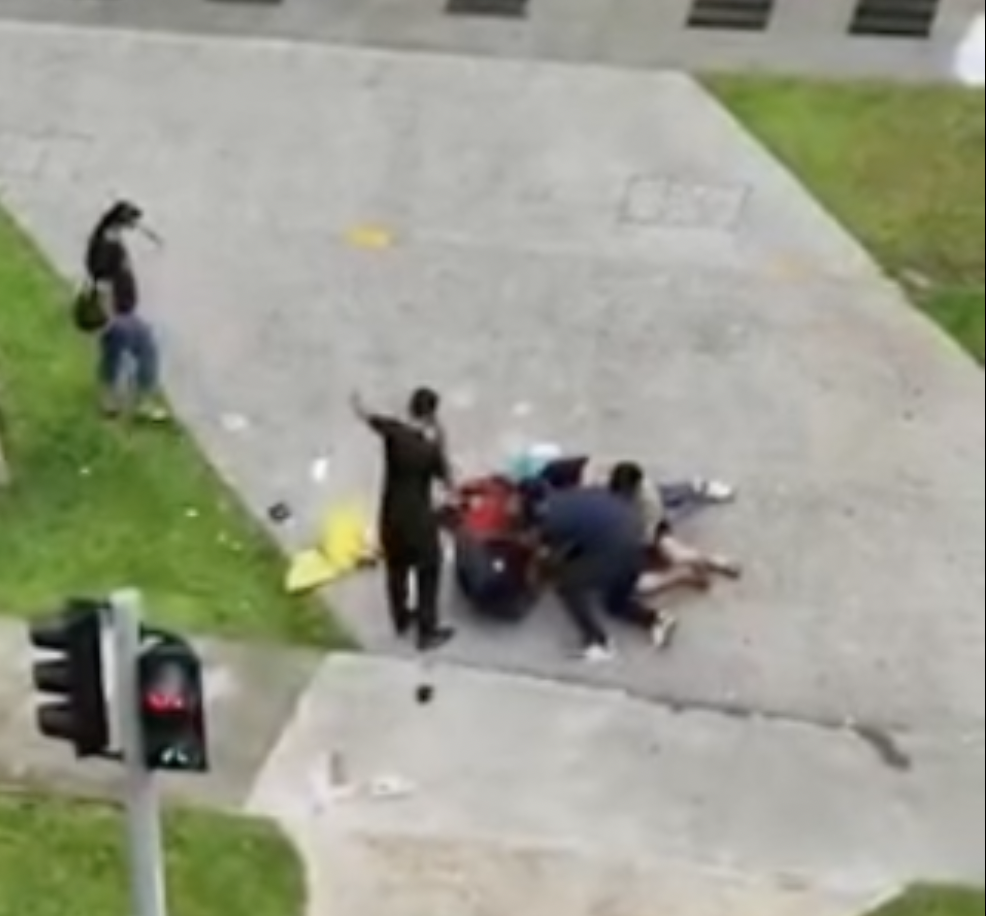 It took 5 men to detain him successfully.

Arrested by the police

According to Channel NewsAsia (CNA), 2 people sustained minor injuries and at least 3 cars were damaged. The police were called for assistance at around 1.55pm.

The police arrested the man for criminal intimidation and possession of an offensive weapon.

The sword was seized as a case exhibit, and investigations are currently ongoing.

For criminal intimidation, the man can be fined, jailed for up to 2 years, or both.

Be aware of your surroundings

Thanks to the quick reaction of the people at the scene, further injuries were avoided.

This is a reminder that although Singapore is generally a safe country to live in, it doesn’t mean that we should let our guard down. It helps to be aware of our surroundings so we can evade potential danger.

We hope the victims will make a speedy recovery.