Man Seemingly Touches Self On Bus In Front Of Girls, Passengers Seek Help From Driver 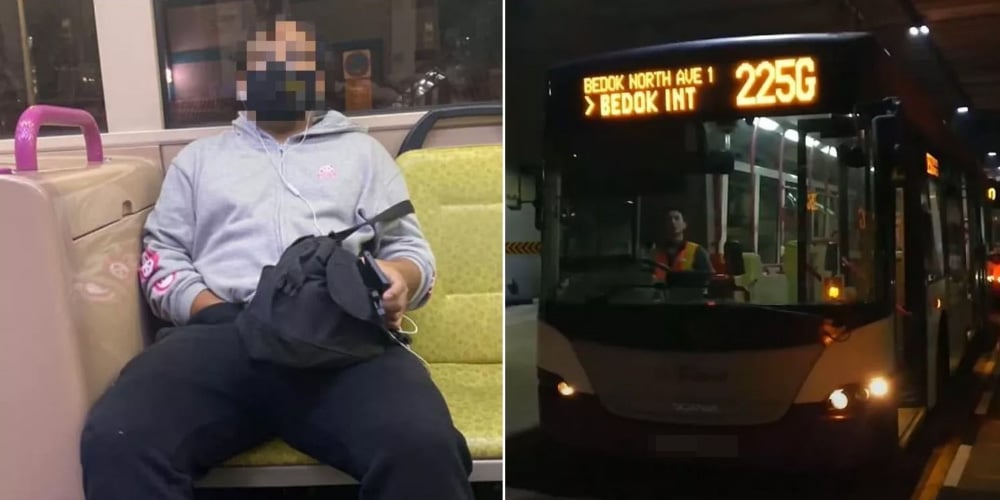 No woman should feel unsafe in public in Singapore.

Man Allegedly Puts Hands In Pants While Sitting Opposite Girls, They Say They Felt Unsafe & Traumatised

Singapore is widely regarded as one of the safest countries in the world, and people can be out and about at night without too much worry.

However, that’s not really true it seems, as they’re still people who behave inappropriately in public, striking terror into their victims’ hearts.

DISCLAIMER: The photos and acts described might be disturbing to some, so reader discretion is advised.

One netizen and her sisters said they were traumatised after a man sitting in their bus allegedly put his hand into his pants right in front of them. 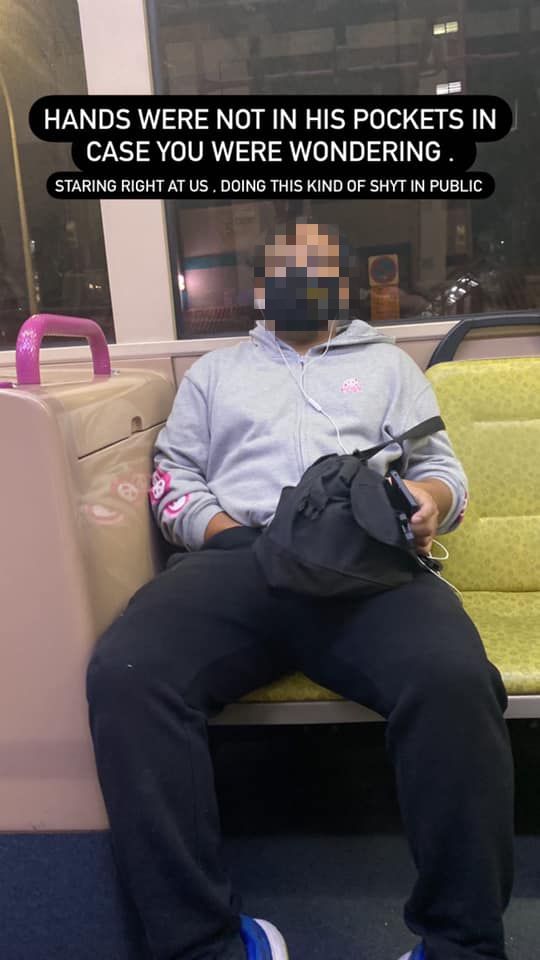 She managed to take a photo of the alleged culprit, and shared the experience on Facebook hoping to warn others. 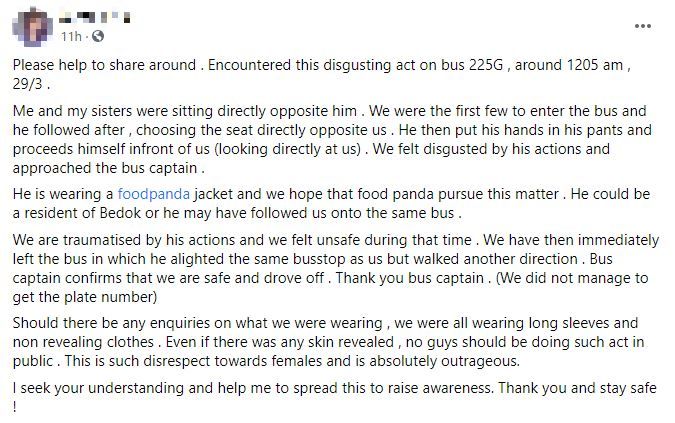 In a Facebook post on Monday (29 Mar) morning, Ms Jorene Ng said she was taking a bus just after midnight, at about 12.05am that day.

Thankfully, she wasn’t alone, but with her sisters, considering the encounter she subsequently described.

According to the post, they were on bus 225G, which is a shuttle service that plys the Bedok area.

Ms Ng said she and her sisters were the 1st few to enter the bus, and claimed that the man followed them up.

He then allegedly choose to sit directly opposite them.

To their disgust, he then allegedly put his right hand into his pants while looking directly at them. 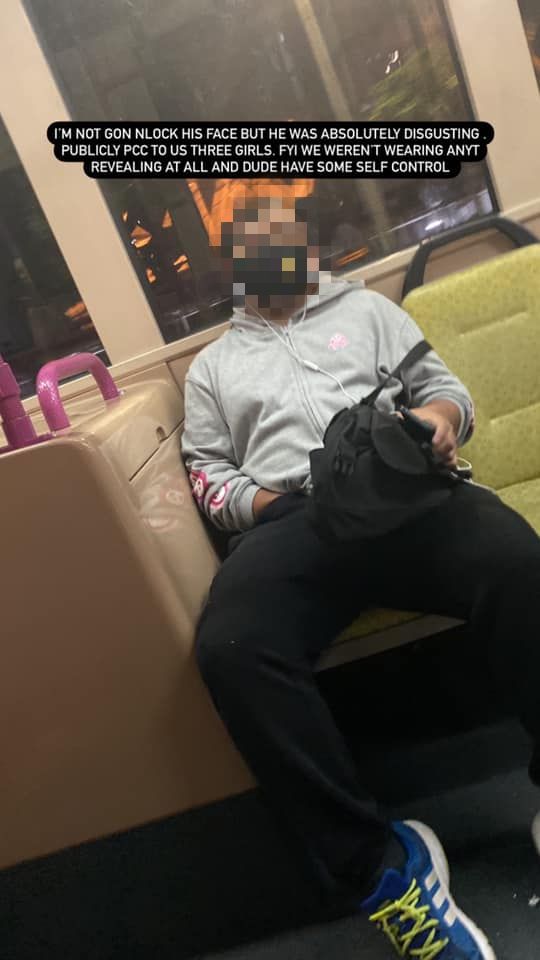 Ms Ng said her sisters and her were traumatised by his actions, and felt unsafe on the bus.

Thus, they approached the bus captain for help, then immediately got off the bus.

Alarmingly, the man got off at the same bus stop as them. However, he walked away in a different direction.

She thanked the bus captain, as he ascertained that they were safe before driving off.

In her post, Ms Ng speculated over whether the alleged culprit lived in the Bedok area. She also identified the grey jacket the man was wearing as having a foodpanda logo, and questioned whether he was a delivery rider with the company.

Upon our internal investigation, we can confirm that the individual captured in the video was a former employee dismissed a month ago.

We have also reached out to Ms Ng to offer our support over this shocking incident.

OP rails against being sexualised

For Ms Ng, the incident clearly gave her a sense of frustration, besides trauma.

After all, she felt that women should be able to feel safe in public, instead of being sexualised by a complete stranger.

This detail should not matter, but she said none of them were wearing revealing clothing.

And even if they were, she doesn’t think any guy should use that as an excuse to do what the man allegedly did.

She shared the story to warn other girls to be aware that there are people like that out there.

No woman should feel unsafe in public

We agree that no woman should be made to feel unsafe when out and about in Singapore, regardless of what she’s wearing or doing.

If the man did indeed perform an inappropriate act on the bus, hopefully he’s caught so that he never does it again.

As many cases of sexual assault have been reported recently, we hope it’s not a sign that more of such cases are happening.

Rather, perhaps it’s because more people like Ms Ng are willing to come forward to talk about them openly.