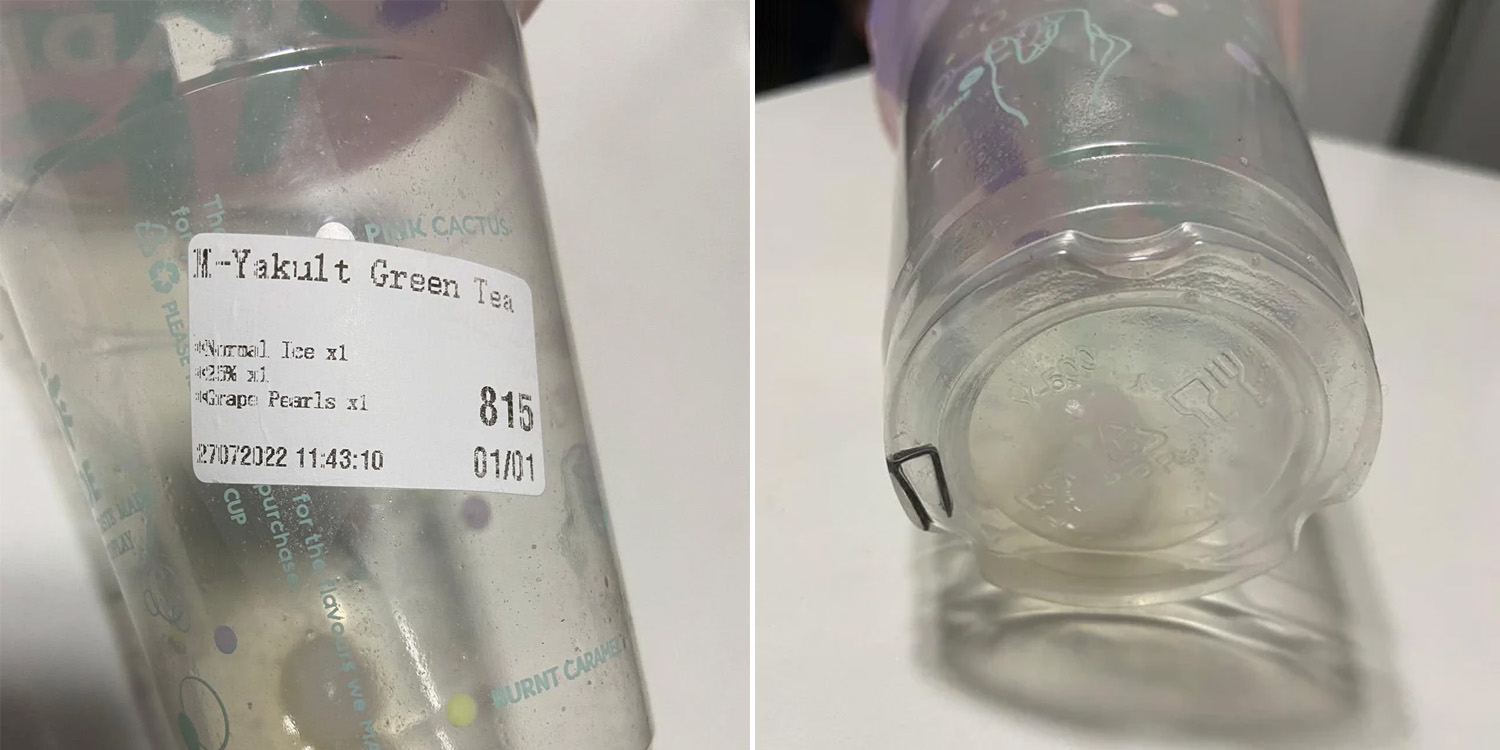 We have come to expect a certain standard of hygiene and safety from F&B establishments in Singapore, especially popular and established ones.

Encountering incidents that prove otherwise is thus a shock to most, regardless of the circumstances involved.

Recently, a woman allegedly discovered a rusty piece of metal in her bubble tea (BBT) drink from PlayMade. She quickly contacted the Singapore Food Agency (SFA) and the outlet itself for assistance.

Netizens were shookened by the discovery, noting that such contamination can lead to adverse health effects.

On Wednesday (3 Aug), a netizen took to the Singapore Subreddit to share about the incident. 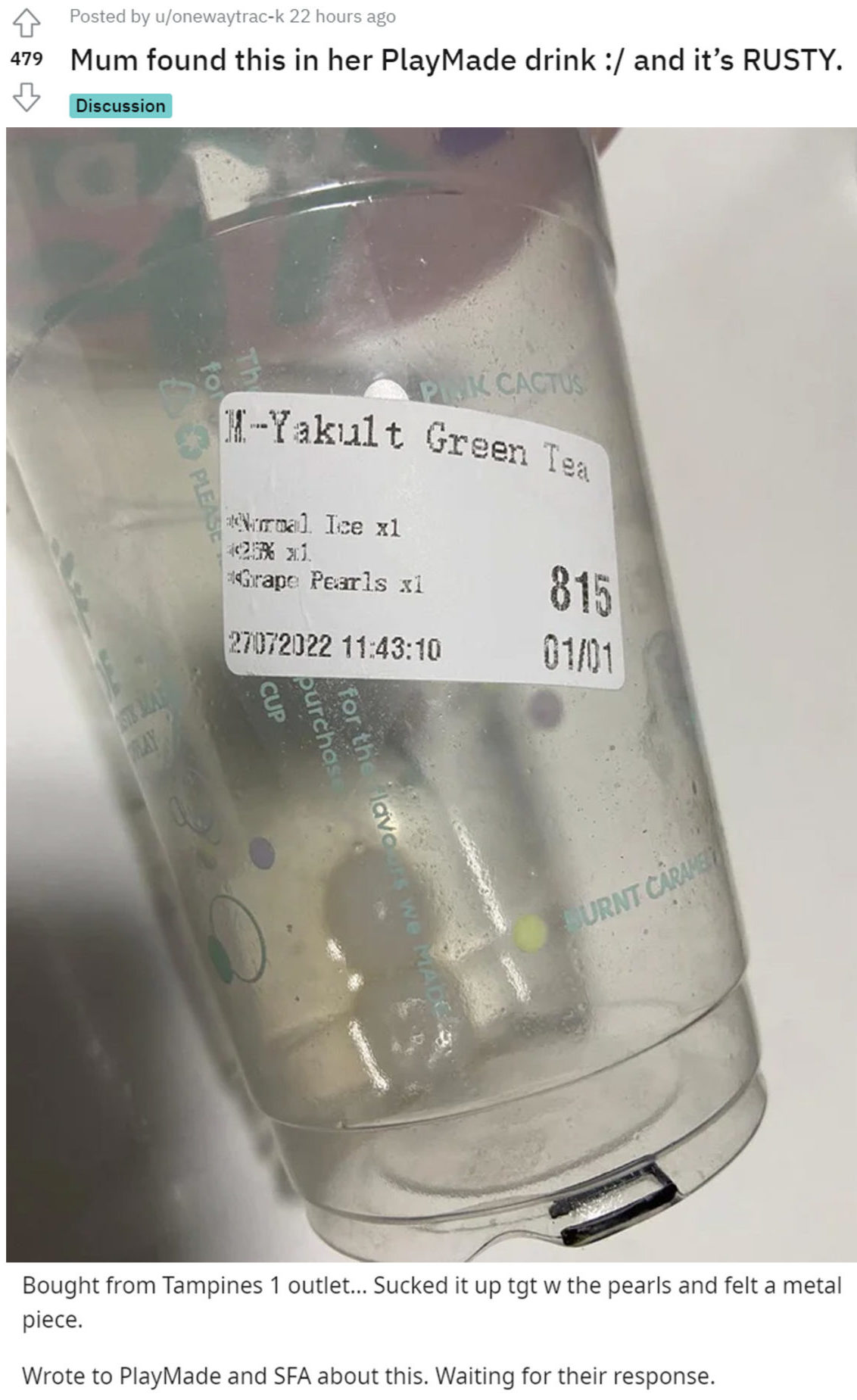 The user stated that their mother had purchased a bubble tea drink from the PlayMade outlet in Tampines 1. After sucking up the beverage to chew on the pearls, she felt something strange and took a closer look.

To her shock, a piece of metal was lying at the bottom of the cup. 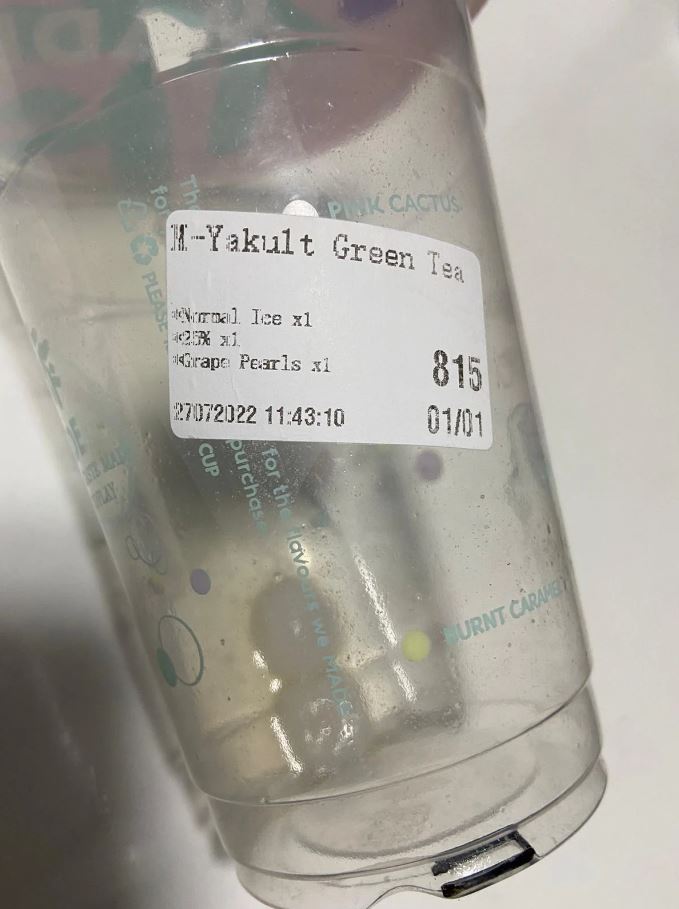 As evident from the pictures, the object appears to have collected a fair amount of rust. 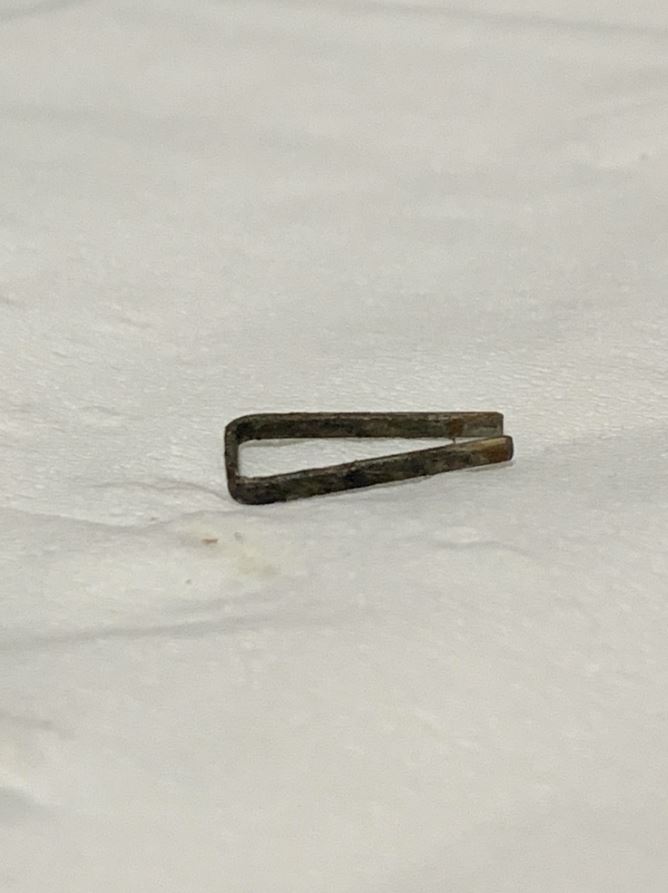 The OP of the post confirmed they have contacted SFA and PlayMade for assistance and compensation regarding the issue.

In response to MS News queries, an SFA spokesperson said that they’re currently investigating the incident.

The incident has gained a significant amount of attention on Reddit, with netizens expressing concerns for the woman.

In response to users who asked about the mother’s well-being, the OP confirmed that she thankfully managed to avoid chewing on or swallowing the piece of metal.

Other netizens also urged the OP to seek compensation for the incident.

Another Redditor suggested that the metal object could have come from the shipment of the jelly supplied for the drink.

Whatever the reason, it doesn’t excuse serving customers with such a contaminated beverage.

The experience of finding the metal piece in her BBT drink must have been unpleasant for the woman.

More worryingly, the situation could have turned out worse if she had been slightly more careless and swallowed the piece.

Hopefully, the woman will receive some form of compensation for her ordeal.

Such an incident also serves as a timely reminder for us to always exercise caution when consuming any meal or drink.