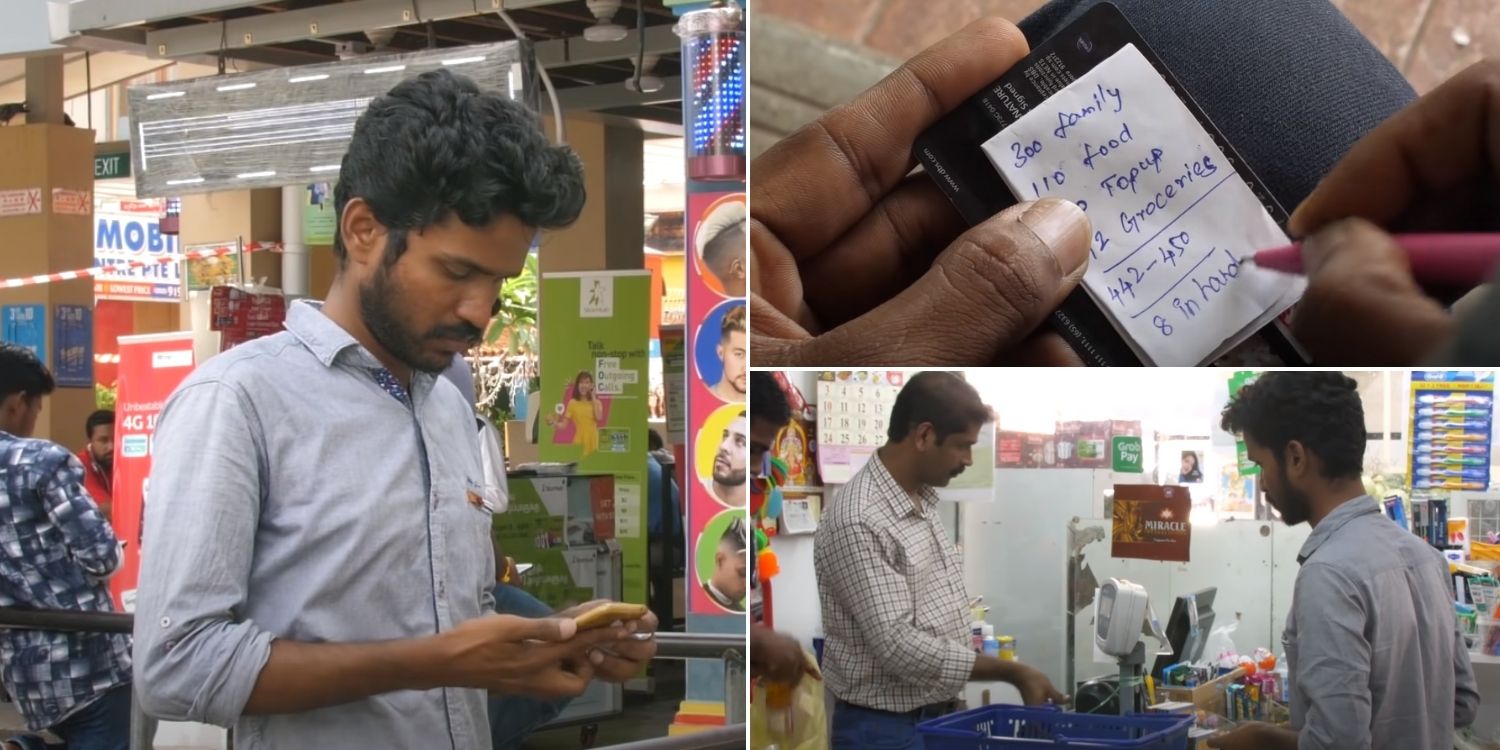 Singapore owes much of its rapid rate of development to the migrant workers who travelled long distances away from home to make a better living.

However, not many Singaporeans may be aware of the challenges they face while living on our shores.

Hoping to offer a rarely-seen glimpse into their lives, an Indian migrant worker in Singapore named Ramasamy Madhavan directed his own short film titled “$alary Day”.

Though the film features few dialogues, it poses viewers with the powerful question of whether we are taking the luxuries in our lives for granted while others around us struggle to afford necessities.

It’s no secret that migrant workers do not earn enviable wages, but many of us might not know just how much they make.

In the film, Madhavan plays the role of a new migrant worker, earning just $450 per month.

With such a humble amount, it goes without saying that he would have to scrimp and save to survive.

Madhavan shows several instances of this in the film, including this scene of him squeezing the last ounce of toothpaste from the tube.

Remits 2/3 of salary to family back home

Even before receiving his salary, it seems Madhavan has already allocated every single cent of it in his head.

Soon after receiving his pay, the migrant worker heads to an ATM to withdraw all $450 in his account, leaving behind $0.

He then hands $110 over to a man running an eatery — for his catered meals.

Having paid for the majority of his monthly expenses, Madhaven tries calling his mother in India, but realise he could not do so as he had already exhausted the value in his pre-paid card.

Determined to contact his mother, he eventually purchases a new card, costing him an additional $20.

He then heads over to a provision shop where he stocks up on necessities like shampoo and toothpaste, which add up to $12. 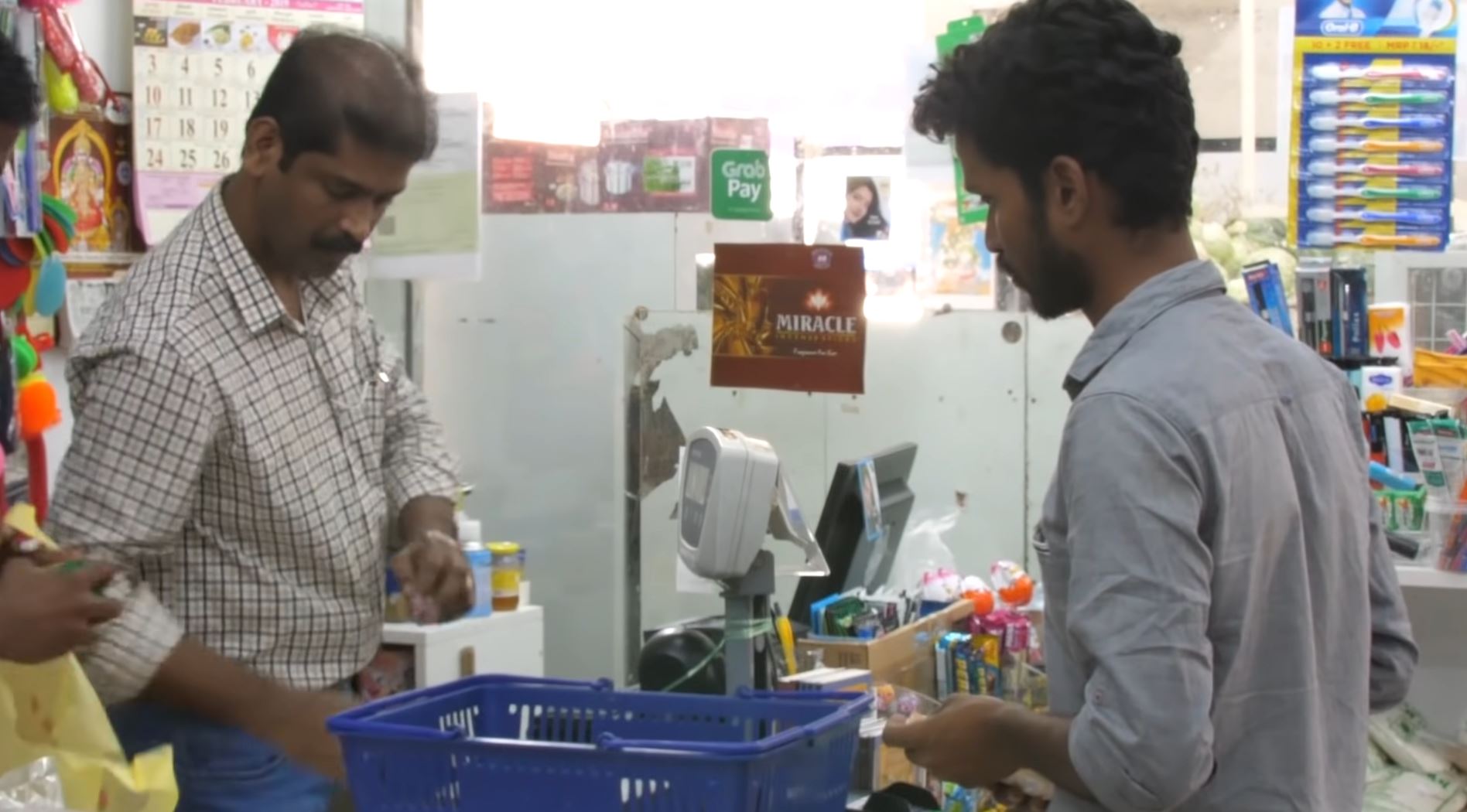 If you’re doing the math, you must’ve realised that he now only has $8 left from his salary.

Madhavan initially wants to treat himself to a plate of Maggi or bee hoon goreng at a mamak stall using the money, but eventually decides against it.

Instead, he went for a haircut, after realising the length of his mane.

The trim costs him another $7, leaving him with just a single dollar from his pay.

After a long day spent running errands, Madhavan finally has some free time to himself.

As he sits along the Kallang River bank, Madhavan picks up his handphone and dials for his mother.

The first order of business is the money  he had remitted earlier in the day, as he slowly recites the password that would allow his mother to withdraw the money on her end.

With that out of the way, Madhavan allows himself to catch up with his mother, asking how she was, and whether she has eaten.

After they end the call, Madhavan stares down at the gold-silver coin that represents the amount he has left from his salary, seemingly wondering what he could possibly do with it.

As the film draws to a close, viewers learn how the events in the film are representative of the scenario that migrant workers face when they first journey to Singapore.

Massive thanks for migrant workers’ contribution

“$alary Day” might be a largely silent film, but it leaves viewers with some heavy ponderings of how the things we take for granted are in fact luxuries that other members of our society simply can’t afford.

We hope viewers will be more appreciative of the things they have in life and give back to those in need whenever they can.

A massive thank you goes out to Mr Madhavan for sharing his life, and other migrant workers for their contributions our country. 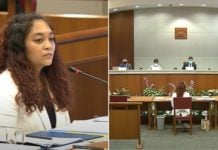