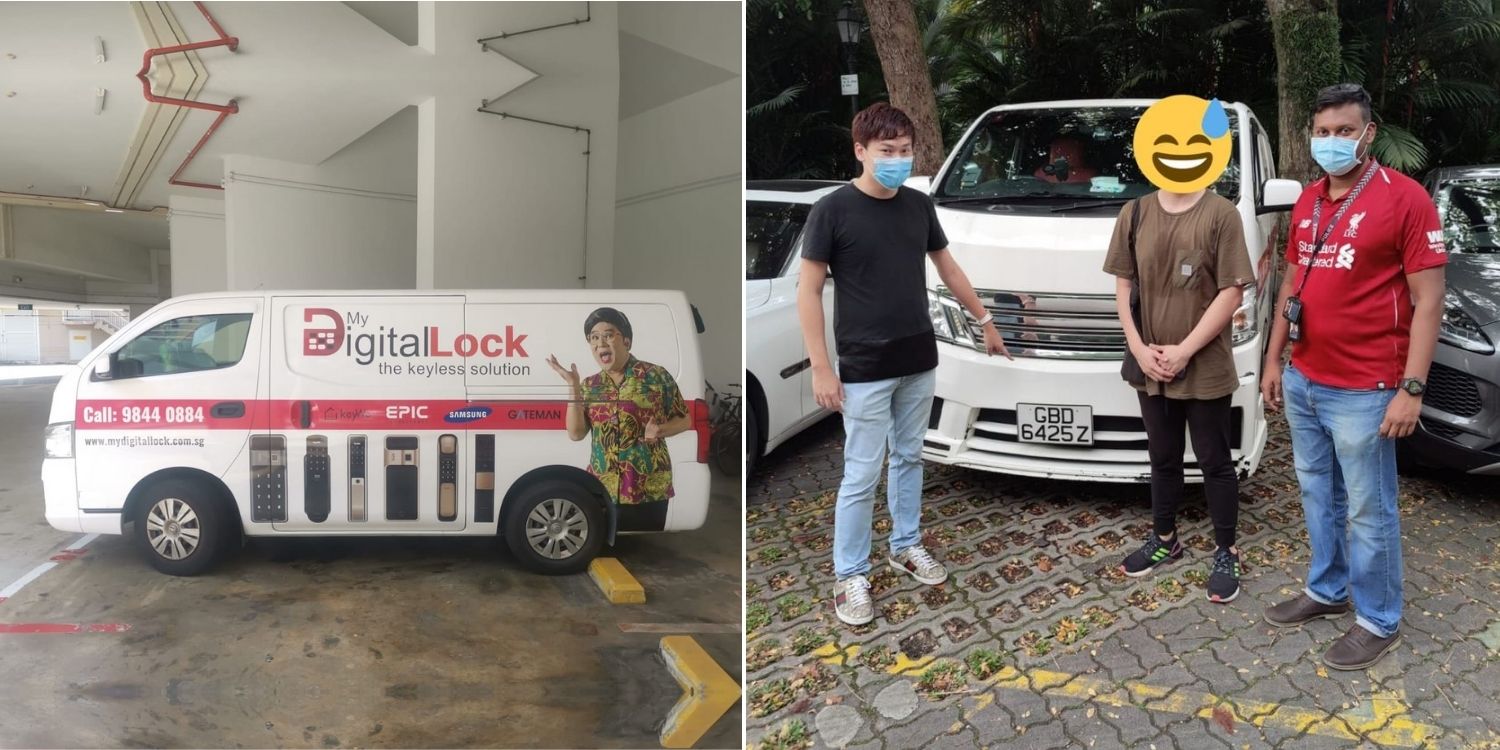 While it’s rare for us to hear of stolen vehicles here in Singapore, it does happen from time to time.

On Monday (24 May), a digital lock company shared that their van had been stolen from Northpoint Bizhub building. They then sought help from the public to find the culprit.

In less than a day, members of the public helped track the culprits down and recovered the van.

True to their word, the digital lock company then rewarded 2 men who helped catch the culprit with a $2,000 reward and a mattress respectively.

Man gets $2,000 reward for tracking down missing van

The “brave warrior” responded to the company’s call for help, and after a long chase from morning till the evening, the culprits were finally caught. The mystery man’s shirt appeared drenched in sweat, but without his bravery, we doubt the van would’ve been recovered in less than a day.

Accordingly, the company kept its word and rewarded the warrior with $2,000. My Digital Lock Pte Ltd also thanked both the police and the brave soul for beating the crime.

2nd man gets mattress as reward for tracking culprit

On Tuesday (25 May), the company posted another update saying that it’s rewarded another man who helped to track the stolen van down yesterday. 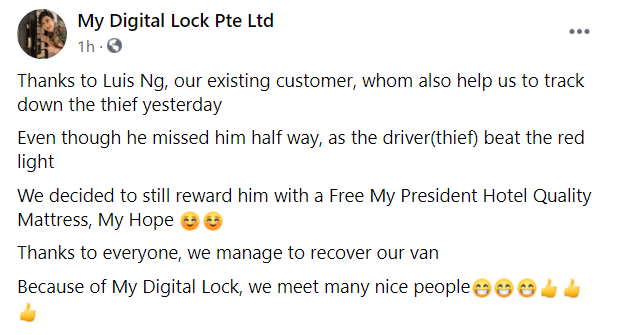 Mr Ng, a customer, received a free My President Hotel Quality Mattress for his efforts. 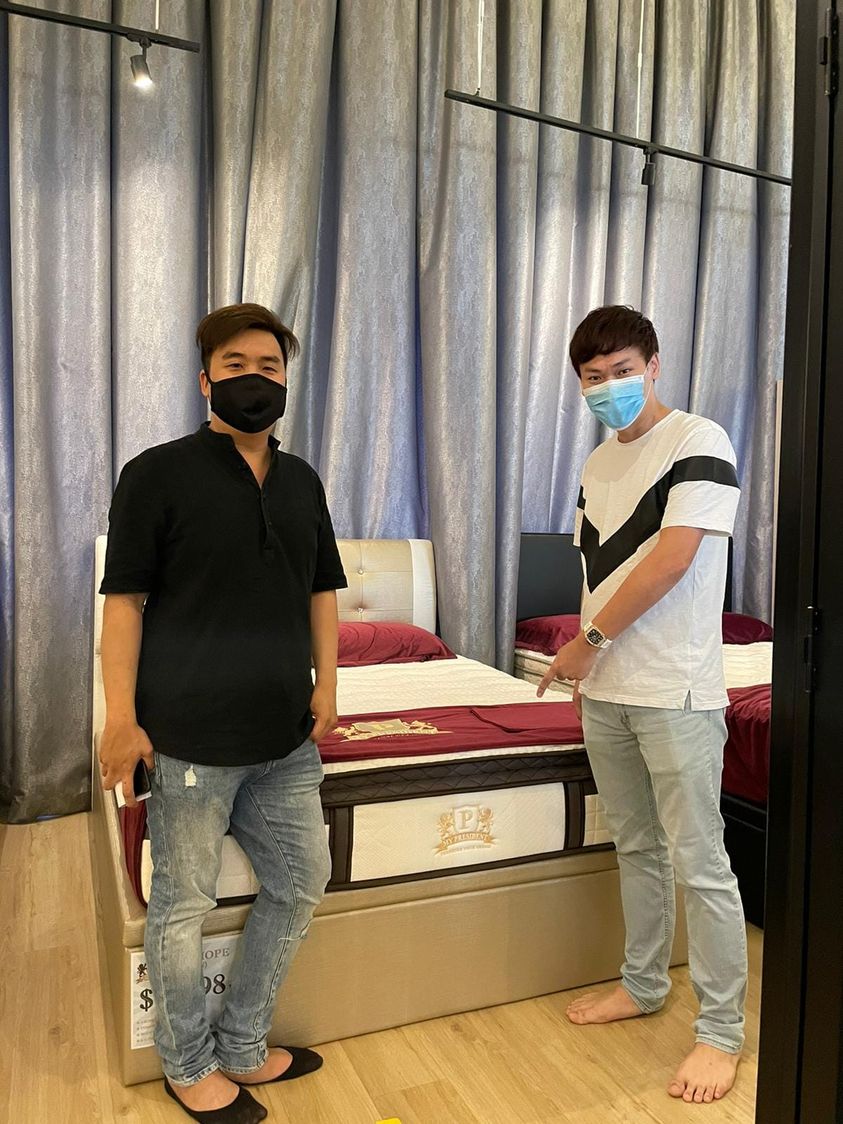 He’d only missed the thief as they beat the red light, but his efforts are still commendable.

Hopefully, Mr Ng will get a good night’s sleep with his spanking new mattress after his chase.

Kudos to all who helped out

Kudos to everyone who helped in tracking down the van, as well as My Digital Lock Pte Ltd for keeping up their promise in rewarding the men.

It goes to show that while the police are highly efficient, there are also citizens that aren’t slouches when it comes to retrieving stolen goods.

The brave man who followed the thief from day to evening certainly had his efforts pay off and now walks away $2,000 richer.

But reward or not, we’re sure that many would have stepped up to help find the culprit, notwithstanding the police’s efficiency.