Motorcycle Collides With SUV & Erupts Into Flames On PIE, 1 Person Sent To Hospital 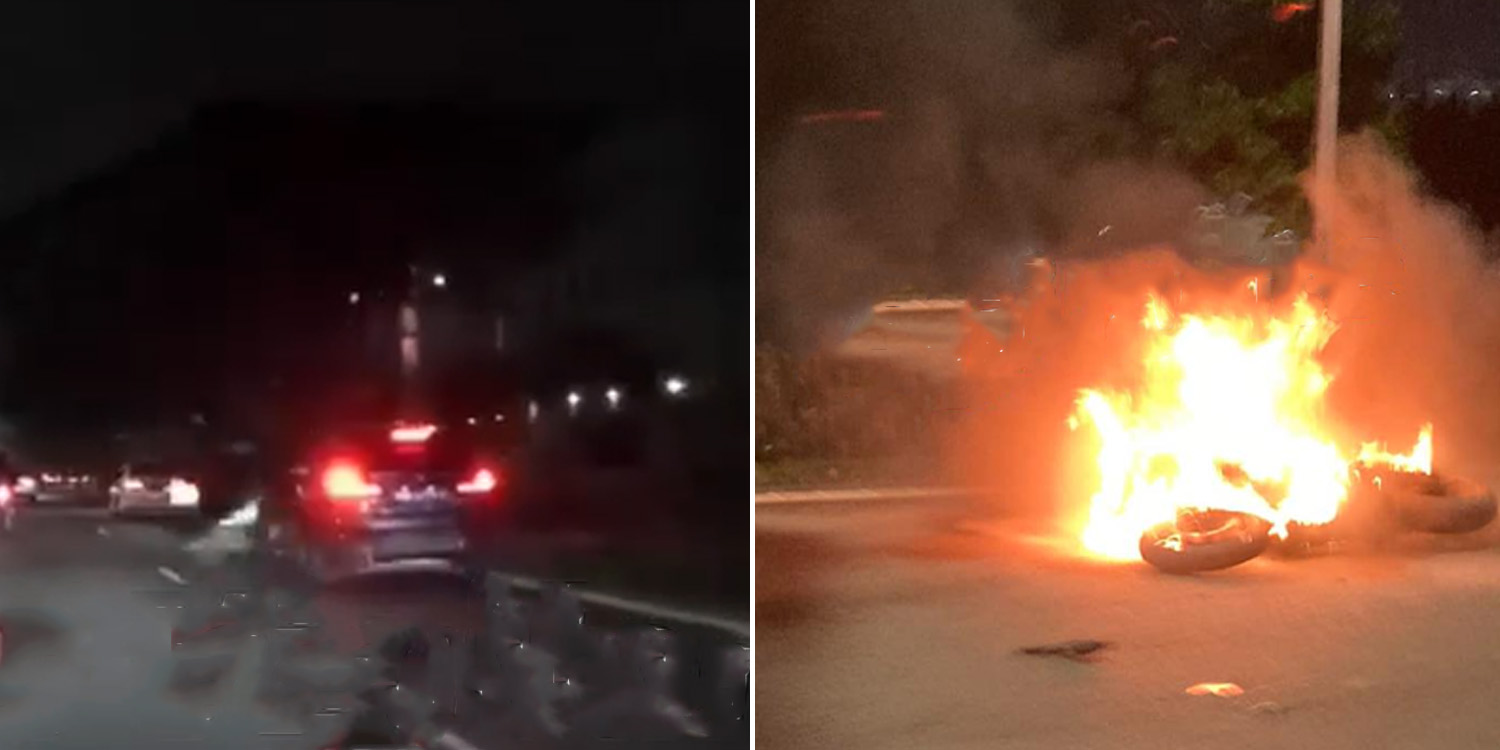 An investigation into the incident is ongoing.

Motorcyclist Cuts Across 3 Lanes In PIE & Collides With SUV

As of late, traffic accidents have become relatively common in Singapore.

The more severe of these incidents can often result in serious casualties that feel devastating to witness.

Recently, such a scene occurred along the PIE towards Tuas after the Simei Exit. A motorcyclist cut across 3 lanes and collided with an SUV.

Motorcyclist collides with SUV along PIE

A netizen posted footage of the accident to SG Road Vigilante (SGRV) on Facebook, stating that it occurred on 6 Nov around 10pm.

During the video, the motorcyclist enters from a connecting road and travels across three lanes at high speed.

At the same time, an SUV is travelling down the rightmost lane of the street.

The motorcyclist then ends up crashing into it, the immense force of the impact causing it to careen away.

In the process, their vehicle erupts into flames, coming to a stop at the left lane. The incident had resulted in a fire, according to a separate post on SGRV. 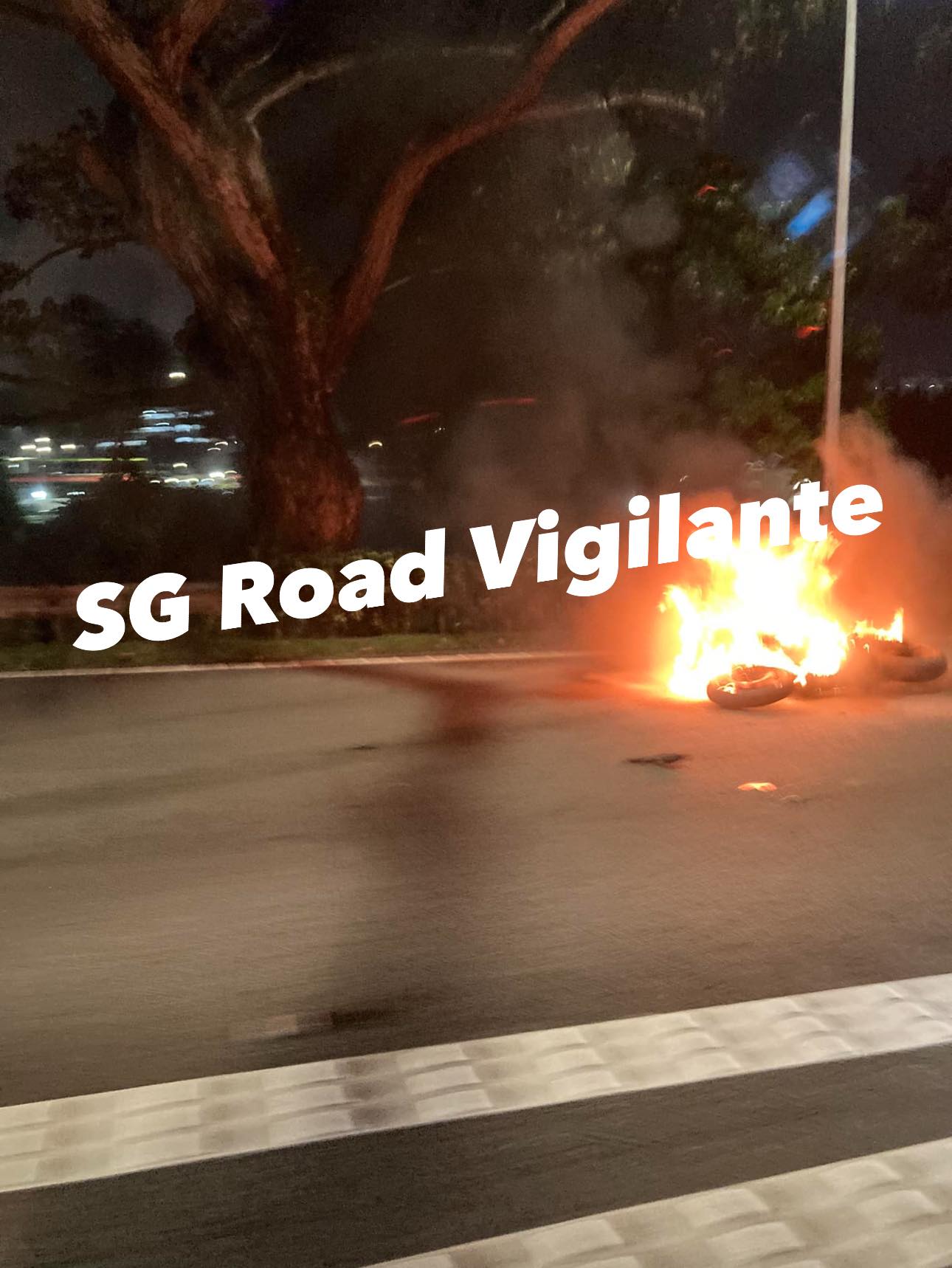 In response to MS News’ queries, SCDF confirmed they had received an alert about an incident of fire along the PIE towards Tuas after the Simei Exit.

The fire had involved a motorcycle, and SCDF officers managed to extinguish it using one hose reel. They then conveyed one person to Changi General Hospital.