Passengers called the police while the altercation happened.

UPDATE (13 Oct): A 30-year-old man was arrested in relation to the incident. He will be charged on Thursday (14 Oct) for mischief, using threatening behaviour, and not wearing a mask in public.

Nothing sends a jolt to the system like getting honked by a car on the road. While some folks may shrink away and correct their wrongs, others may take it as an invitation to fight.

The latter was what happened when a motorcyclist was honked at by a taxi driver at Keat Hong.

The motorcyclist was so enraged by the honk that he followed the taxi into a residential carpark in Keat Hong before smashing the car’s windows with his helmet.

Although the passengers on board, including a baby, were unharmed, the taxi sustained considerable damage to its mirrors and windows.

Police were duly called in to diffuse the situation. As of the time of writing, we cannot confirm the events after the incident.

A video was shared on the ROADS.SG Facebook page on Monday (11 October), showing the passenger’s point-of-view (POV) during the altercation between the motorcyclist and taxi driver.

In the video, the motorcyclist can be seen circling around the taxi, provoking the taxi driver to a fight.

While shouting through the window, the motorcylist could also be seen smashing the car’s exterior with his motorcycle helmet. 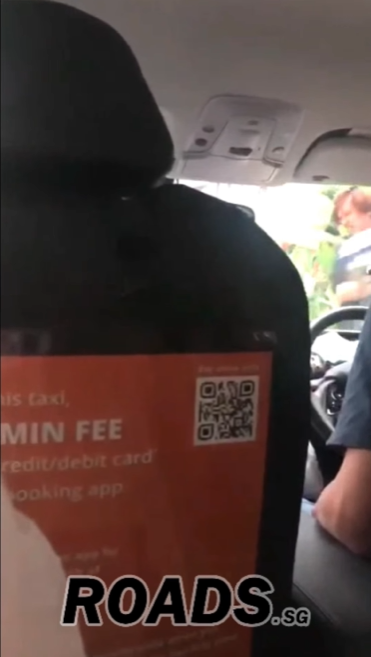 A call with the police can be heard in the video’s background.

In another video of the incident, the motorcyclist can be seen smashing the side mirrors with his helmet.

Subsequently, he pulled off the rear window wiper and threw it into the rearview window.

The wiper could be seen jutting out of the window.

No matter the circumstances, road rage and violence is not the answer. Kudos to the taxi driver for remaining calm in the whole altercation.

We hope that the proper punishment will be dealt out to the enraged motorcyclist.