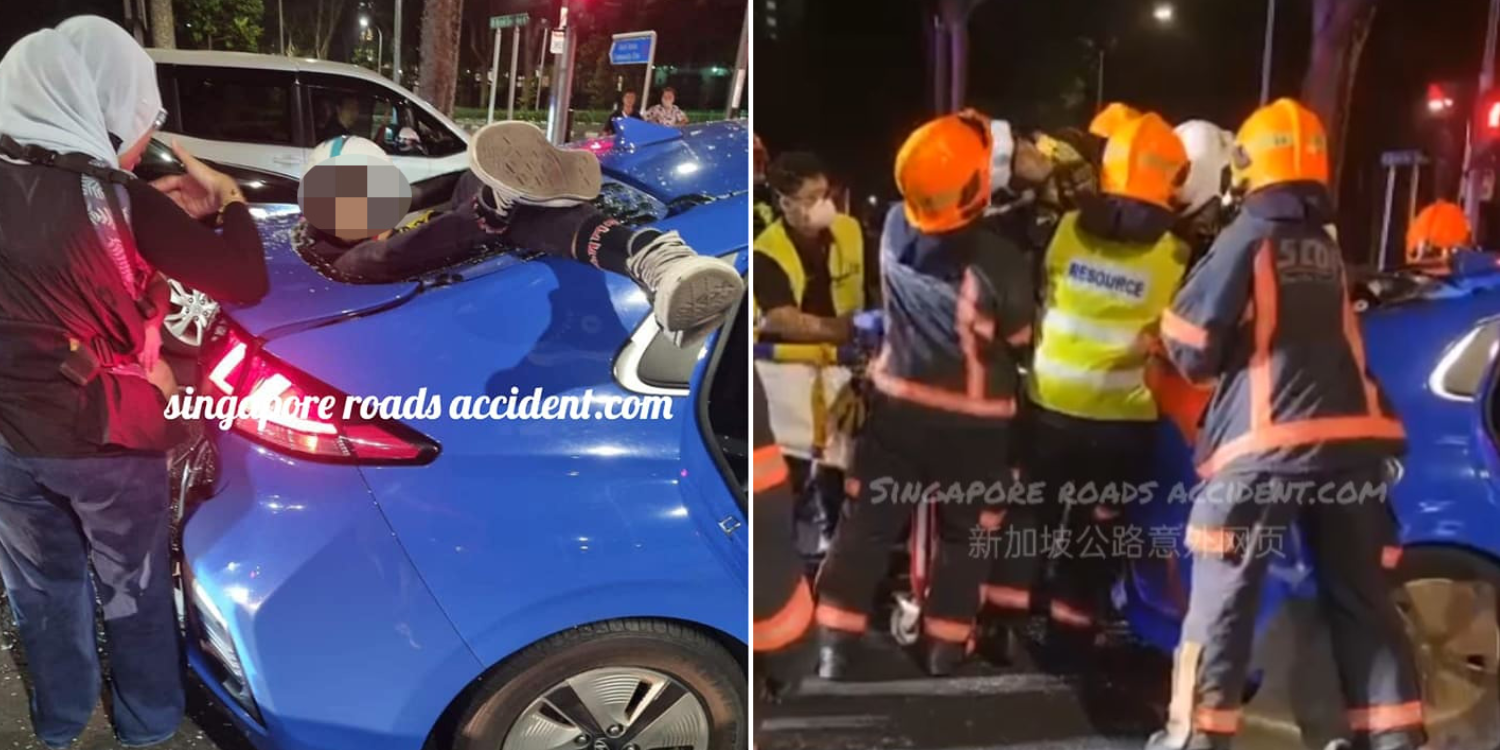 SCDF officers had to use hydraulic equipment to rescue the man.

The aftermath of an accident is often an indication of its severity. Recently, a motorcyclist somehow found himself stuck in the rear window of a taxi after crashing right through it. 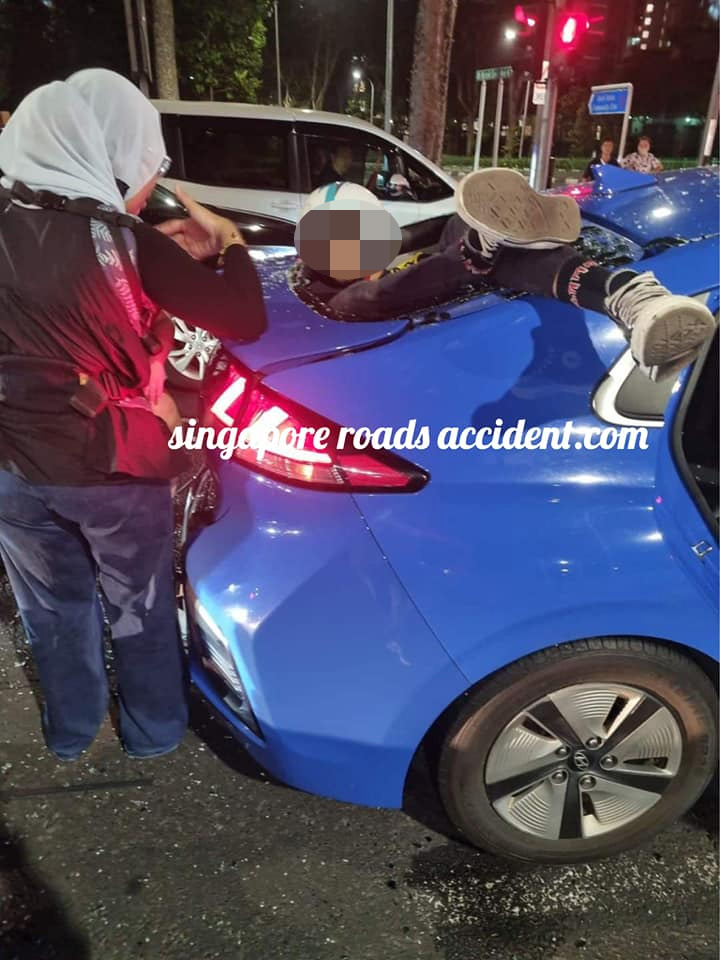 Motorcyclist stuck in rear window of taxi with feet dangling

Pictures on the Singapore roads accident.com Facebook page show a young motorcyclist stuck in a gaping hole at the back of the taxi. The rear window of the cab had seemingly given way.

The man, who had his legs dangling outside the car’s frame, still had his helmet on.

One photo showed a rather disfigured motorcycle lying on the road. 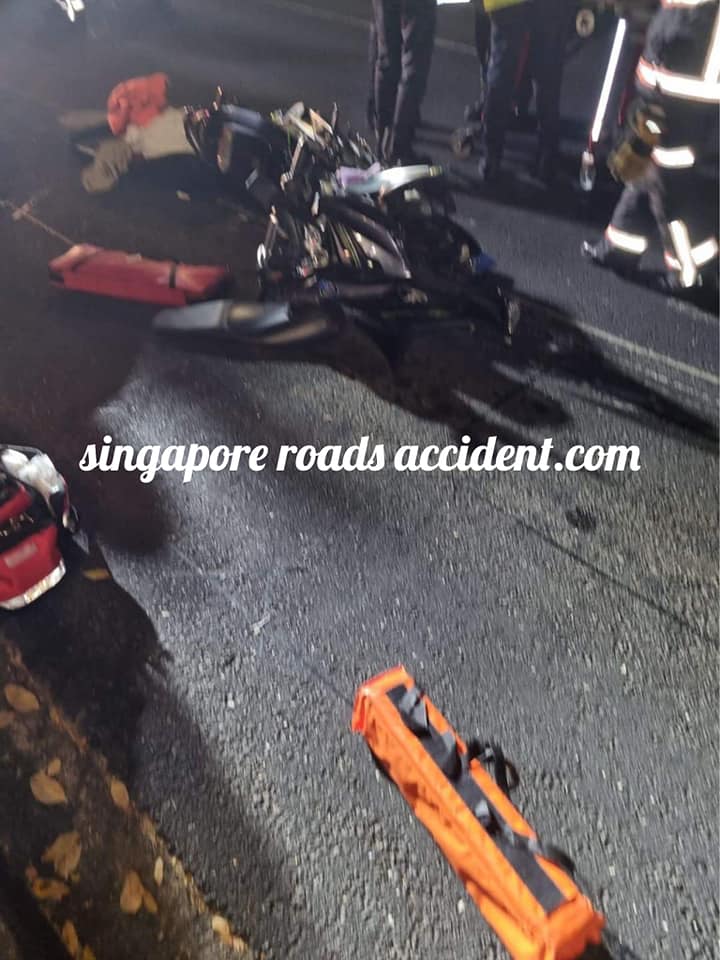 According to Shin Min Daily News, the motorcyclist had rear-ended a taxi and the impact threw him in the air. He later somehow found himself in the rear window of the cab.

A resident staying nearby told the Chinese newspaper that the rider was stuck in the opening and wasn’t able to move.

Responding to MS News’ queries, an SCDF spokesperson said they were alerted to the accident at about 10.55pm last Sunday (17 Jul).

The location of the accident was the junction between Bukit Batok Avenue 3 and 6.

Upon reaching the scene, SCDF officers found the man trapped in the rear passenger seats of the taxi and had to use hydraulic equipment to rescue him.

Footage of the rescue operation show at least 10 SCDF officers at the scene. 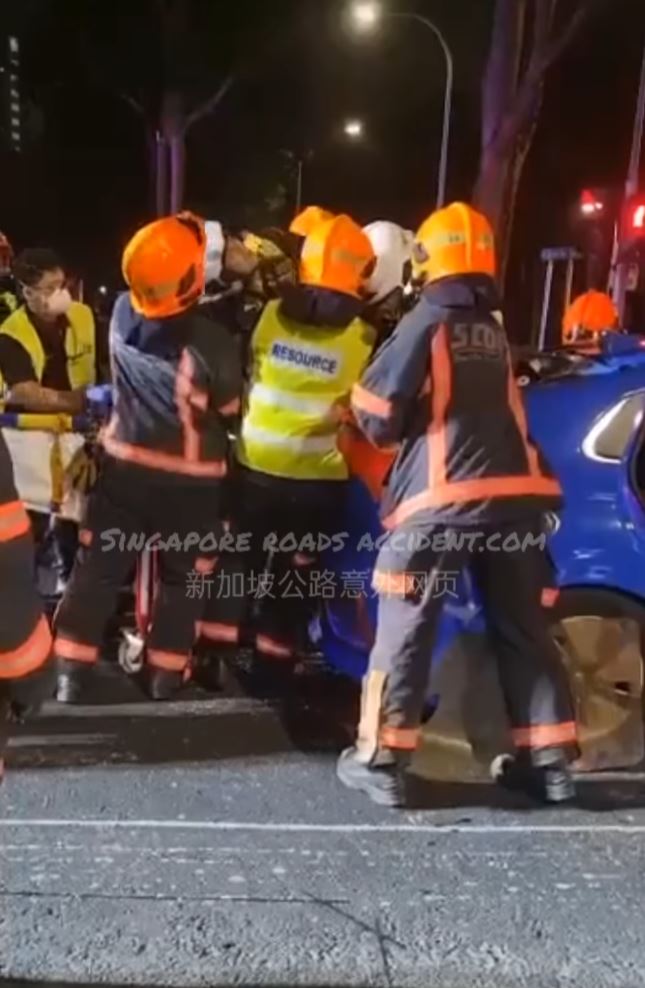 The motorcyclist, who’s reportedly 20 years old, was carefully lifted from the taxi onto what appeared to be a stretcher. Paramedics later conveyed him to NUH.

We can only imagine how heavy the impact must’ve been for the motorcyclist to end up in such an awkward position.

Despite the rather unsettling aftermath, we hope he didn’t suffer any serious injuries and that he will make a speedy and smooth recovery.