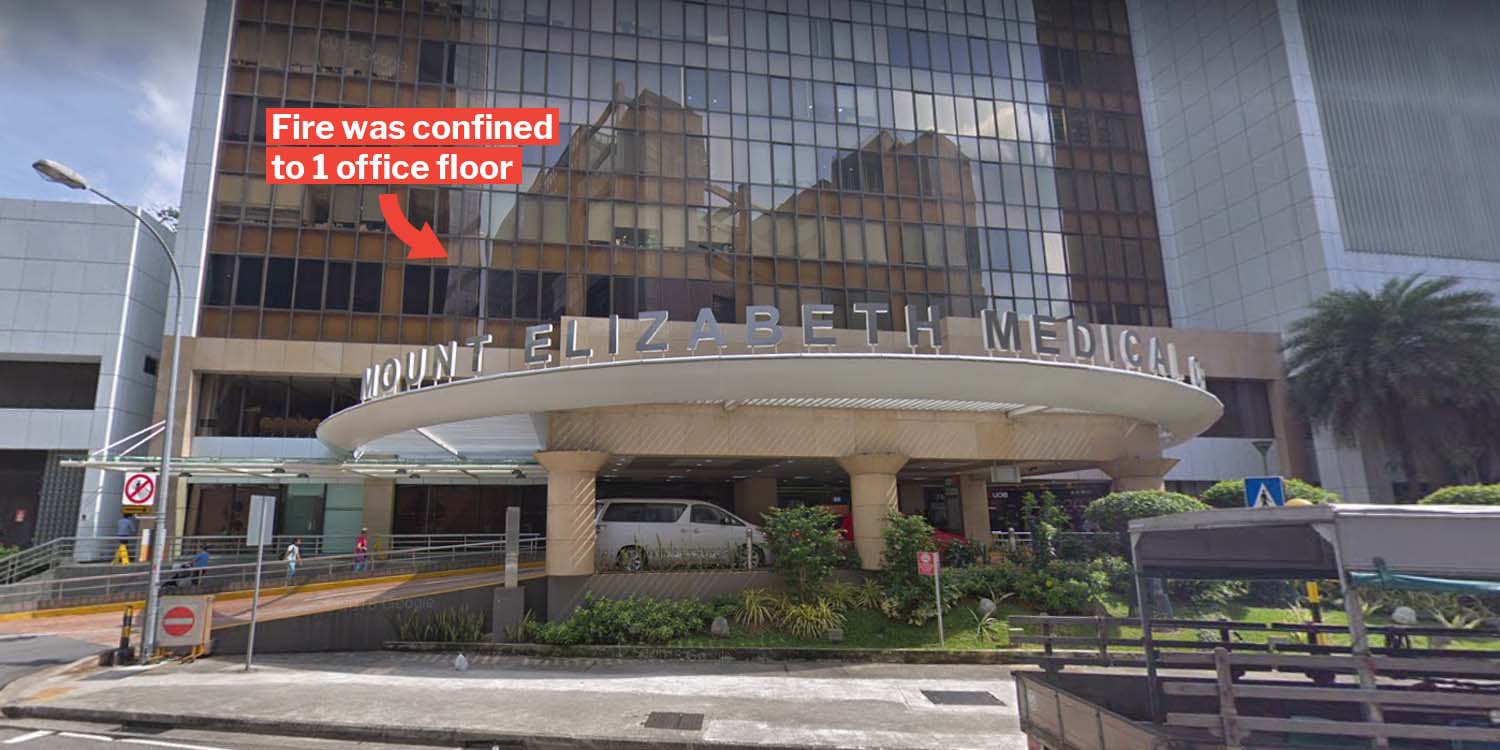 At 6.30am this morning, Mount Elizabeth Hospital at Orchard caught fire. The fire was, fortunately, confined to the first floor of an office in Block C.

According to a Facebook update from the Singapore Civil Defence Force, 60 staff members were evacuated from the area prior to their arrival. The fire was swiftly put out using a single jet – suggesting that it may not have been very big – and there were no reported injuries.

The hospital’s CEO Noel Yeo told The Straits Times that the hospital’s main priority now is ensuring the safety and well-being of all their staff as well as patients.

The hospital is and will be working very closely with the SCDF in investigating the cause of the fire.

Since the fire has already been extinguished, there is no reason for alarm. Nevertheless, you should avoid the area for the time being.